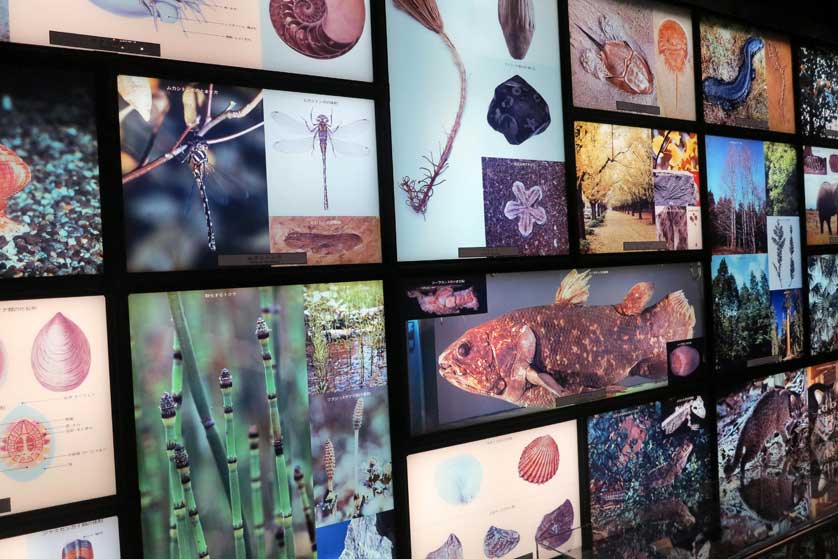 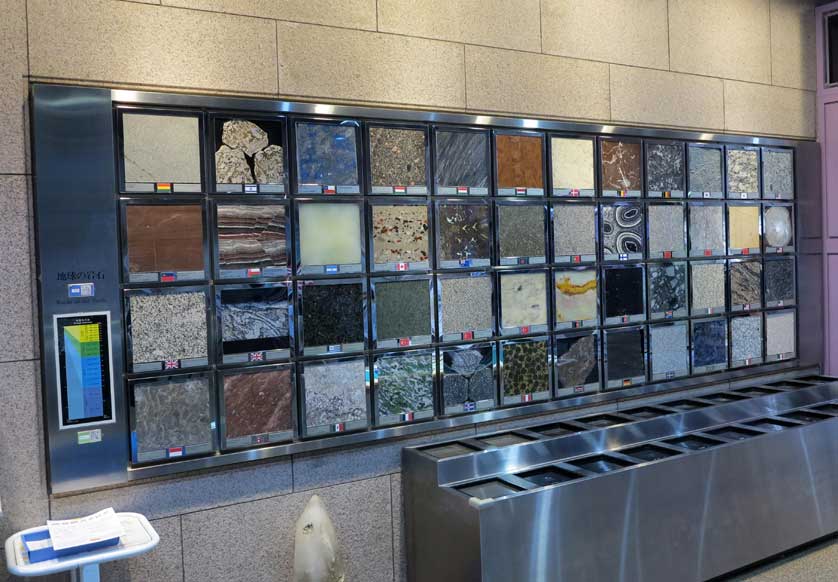 The Geological Museum in Tsukuba, Ibaraki Prefecture is the largest such museum in Japan. A free museum, it is a must-see for those interested in Japan's geology, its geography and natural hazards such as earthquakes, volcanic eruptions and tsunami. 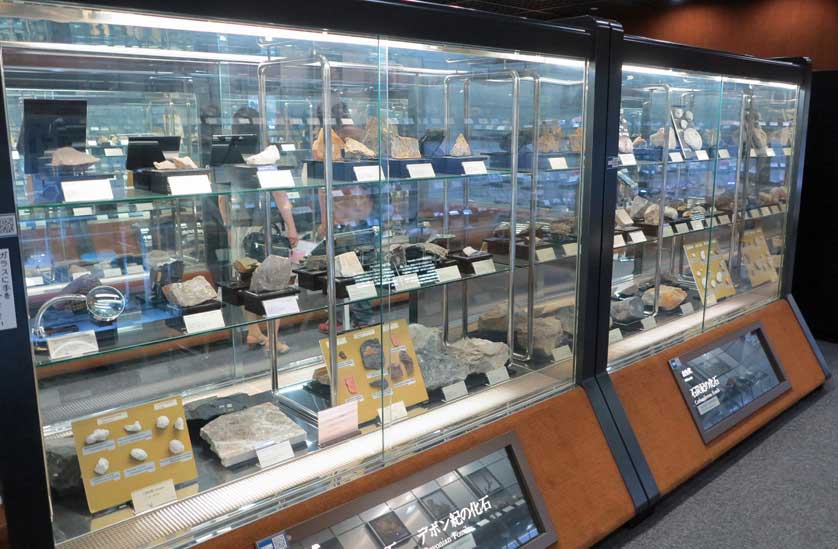 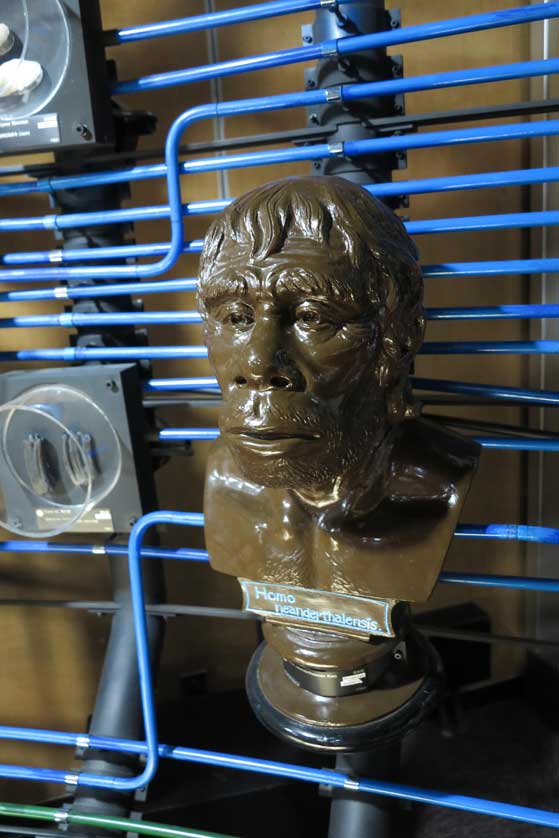 Model of a Neanderthal man at the Geological Museum in Tsukuba, Ibaraki Prefecture

The large, two-story Geological Museum opened in 1980. It holds the vast collection of the Geological Survey of Japan (GSJ) which was established way back in 1882 in the Meiji Period of Japanese history. 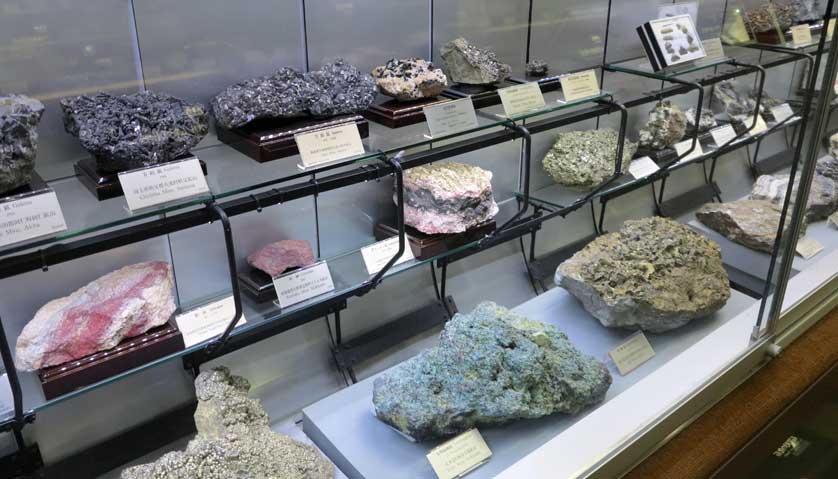 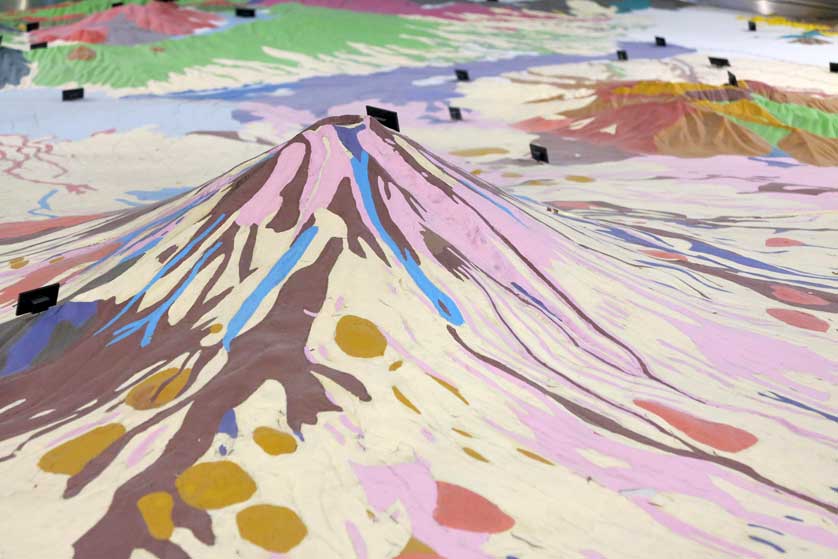 The huge collection includes 150,000 registered specimens: fossils, minerals and rocks from Japan and other countries.

The 1st exhibition room is titled the History of the Earth and Life. It exhibits some of the oldest rocks on earth, parts of meteorites, a dinosaur's footprint and an examples of so-called living fossils.

The 4th exhibition room on the ground floor is Minerals, Rocks and Fossils. In glass cabinets it displays an extensive and extremely valuable collection of ancient fossils, minerals including diamonds and other precious stones, gold, jade and Nipponites.

The entrance hall has information on earthquakes, volcanoes and tsunami, all of which are common features of the Japanese archipelago.

The 3rd exhibition room has a 3-D model of Mount Fuji and Mount Hakone, as well as wall panels showing the major volcanoes in Japan. There are further exhibits on hot springs in Japan and other countries, geothermal energy and active fault lines in Japan. The Natural Resources and Marine Geology exhibition room presents information on the periodic table of the elements, the mineral resources of Japan and the continental shelf surrounding the country. There is also information on the history of nearby Lake Kasumigaura, the second largest lake in Japan after Lake Biwa in Shiga Prefecture. 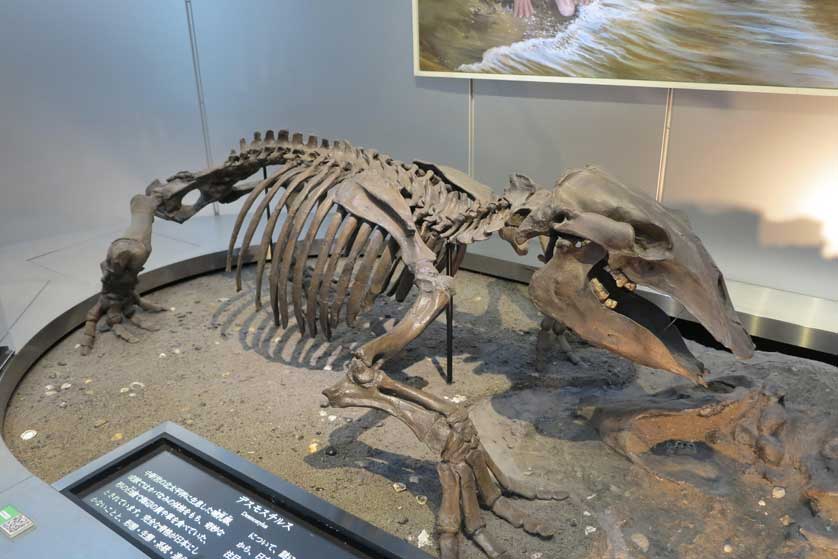 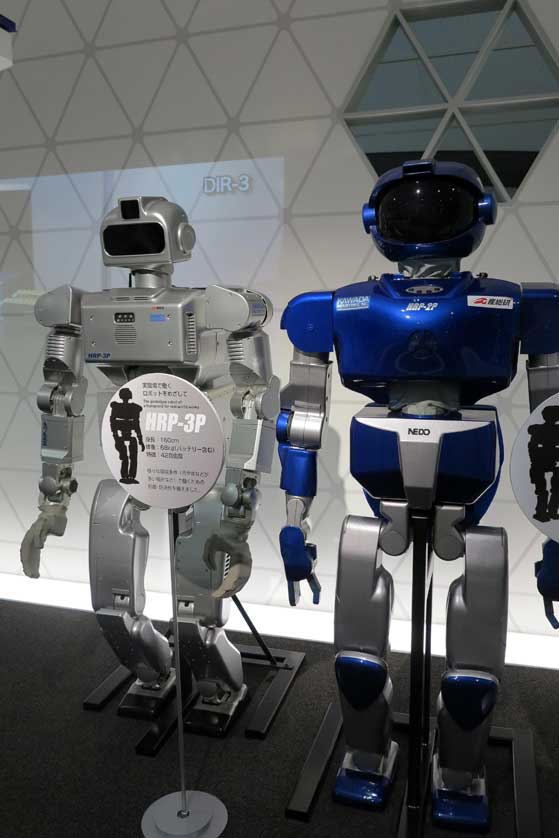 Robots on display at Science Square in Tsukuba

Science Square is the showcase of the National Institute of Advanced Industrial Science and Technology (AIST).

The displays include Personal Care Robots such as Paro, the humanoid robot Mahoro and research results on iPS cells. There are other exhibits on recycling, Songle (a form of digital music enjoyment) and various new manufacturing technologies.

The exhibits are accompanied by wall panels and photographs with explanations in Japanese and English.

Science Square includes a Theater Room and is popular with young families with kids. 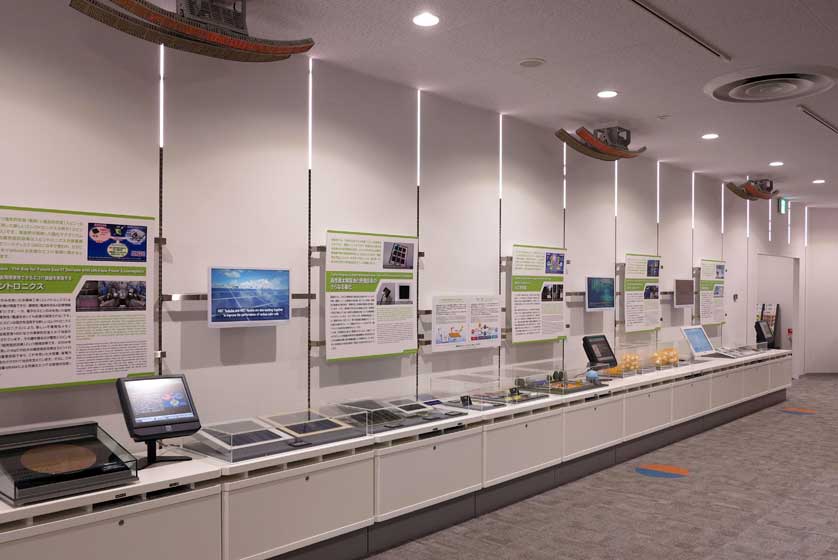 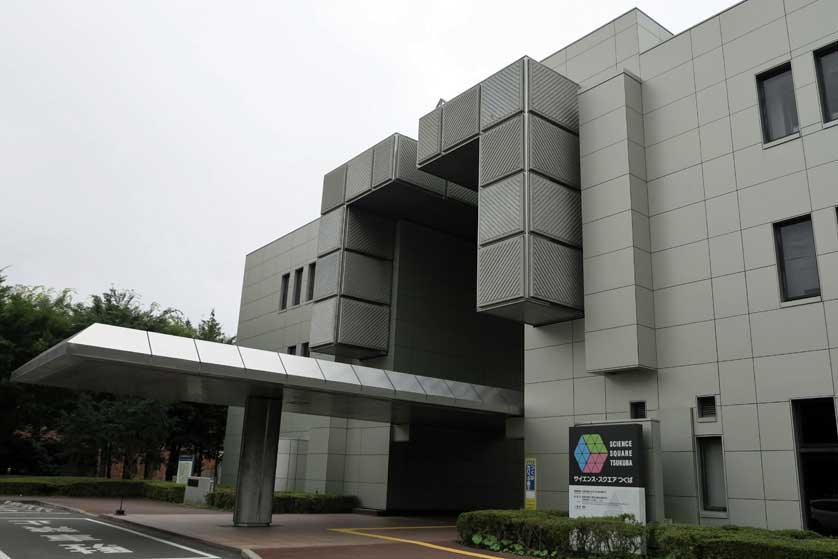 The Geological Museum is close to Doho Park. It is adjacent to Science Square run by the National Institute of Advanced Industrial Science and Technology (AIST). It also also a short walk or drive south of the JAXA Tsukuba Space Center.

Both museums are 15 minutes by Kanto Bus
(Kantetsu) from Tsukuba Station.

Other museums in Tsukuba include the Science Museum of Map & Survey, the Tsukuba Expo Center and the Tsukuba Space Center (TKSC). 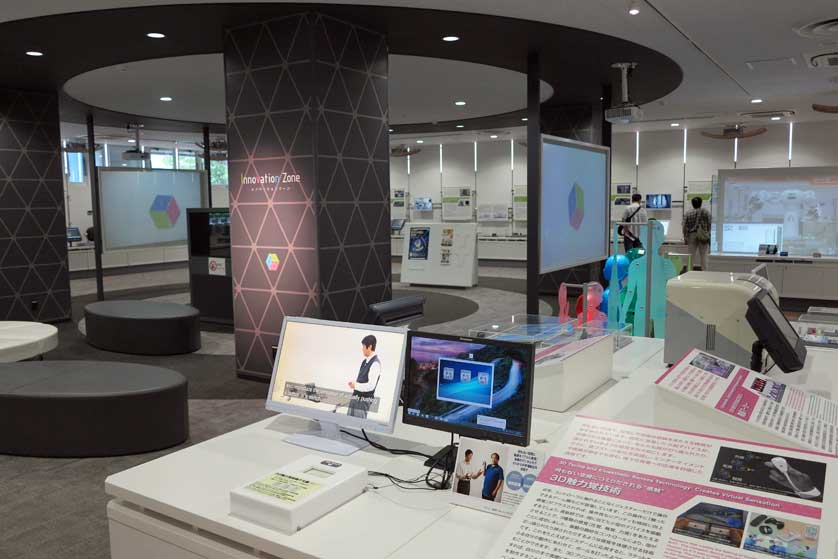 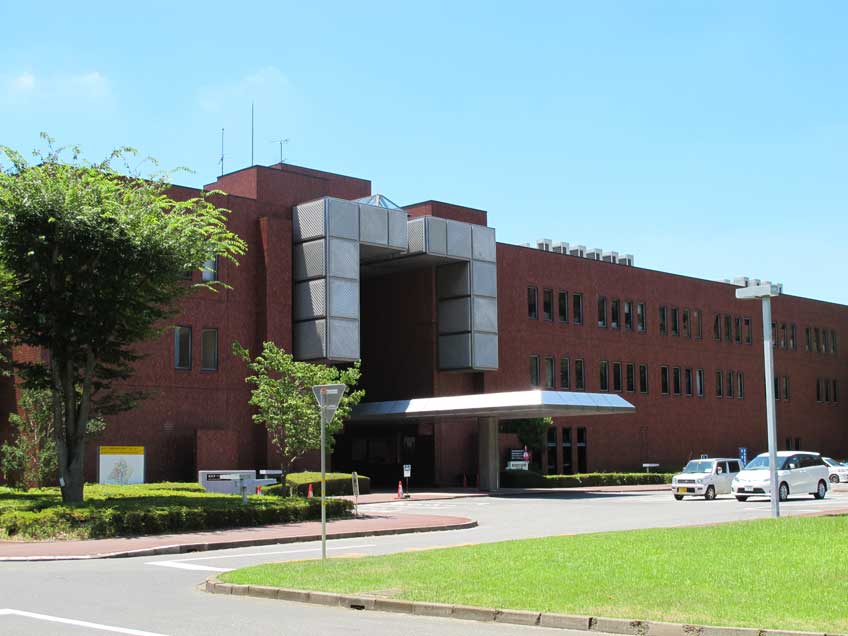 Our tours in Tsukuba

The Science Museum of Map and Survey

The Science Museum of Map and Survey in Tsukuba, Ibaraki Prefecture explains the history and work of the Geospatial Information Authority of Japan (GSI).

Tsukuba Expo Center is a science museum with lots of hands-on exhibits and a top-class planetarium located in Chuo Park in Tsukuba.