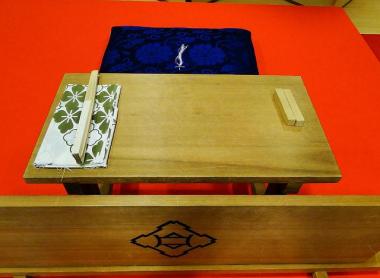 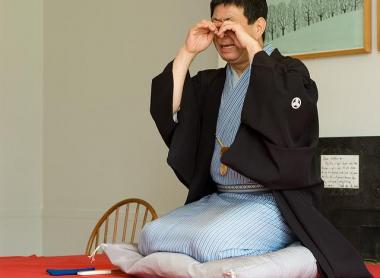 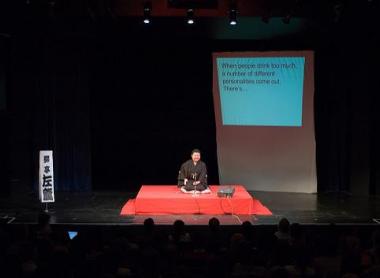 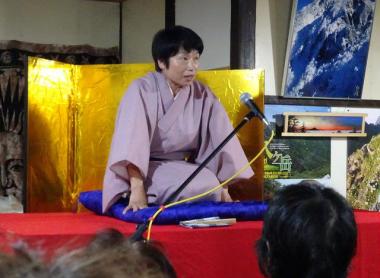 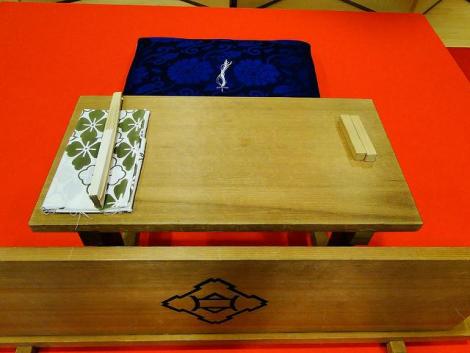 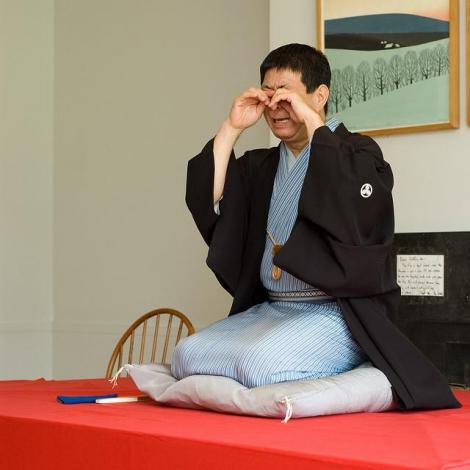 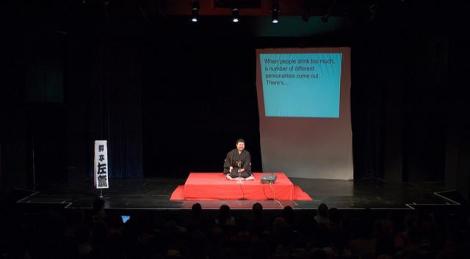 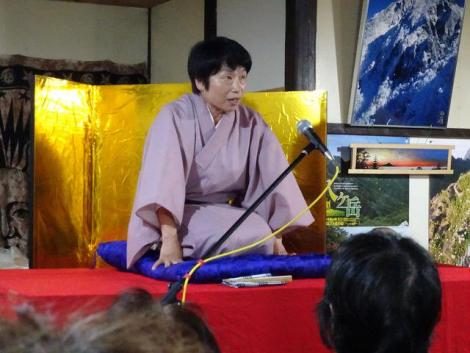 Less well-known than Kabuki or Noh, Rakugo is also an integral part of Japanese artistic culture. The relaxed atmosphere attracts all ages.

Rakugo in Japanese means "fallen words". It is a form of Japanese theater consisting of a comedy show, often satirical, which first became popular in the Edo period. Even today, rakugoka -  rakugo storytellers, still perform in special rooms called yose.

The story of rakugo starts in the tenth century, when Buddhist monks, wanting to spice up their sermons, begin to talk to people more openly, telling humorous stories to attract a wider audience - so originally it was a form of proselytising!

Later, during the time of Sengoku (1467-1568), intellectuals called otogishu, usually literary men or tea ceremony practitioners, were chosen by the daimyo (territorial lords) to accompany them daily and amuse them when desired.

Anrakuden Sakuden, a Buddhist monk of the Jodo school, is considered the founder of rakugo. He is the author of the book Seisuisho, an expression that literally means "Laughing to keep you awake" and consists of 8 books of 1039 jokes.

Later in the Edo period, the practice became increasingly popular. Storytellers recited these stories in the street, then from 1791 in the yose, a special type of performance room. Over time, hundreds of stories were added to the directory, which rakugoka still use today.

Rakugo is performed on a stage called koza (高座). Compared to other traditional Japanese arts such as kabuki, the set of rakugo is simple. There is very little decor, sometimes it is composed of just a single screen. There is no music during the show except for during the entrance of the performer, at which point musicians accompany him to the sound of a shamisen, drum or flute. Rakugoka wear a kimono and tell one of the traditional stories in their repertoire. They kneel on a flat cushion, in quite an uncomfortable position called seiza, that they maintain for the whole show.

They begins by introducing their tale, first by addressing topics related to current events. Their criticism of society is mainly to create a friendly atmosphere with the spectators. During the performance, they plays multiple roles by changing their voice and through various expressions. To help with this they can only use specific items, including a sensu (扇子, folding fan) or tenugui (手拭, thin Japanese towel) used as objects in the story. All this is supposed to stimulate the viewer's imagination throughout the tale, culminating in the final fall (known as the ochi, 落ち).

Today, performing as a rakugoka is a profession practiced by only about 500 people in Japan. It was something long reserved only for men, and it wasn't until 1993 that a woman could also become rakugoka.

Where can you see rakugo?

There are four Yose in Tokyo: Ueno, Shinjuku, Asakusa, and Ikebukuro, as well as in Tenjin, Osaka. They are open every day and two sessions usually are generally offered: from noon to 4pm, and 5pm to 9pm. Tickets are on sale at the box office.

To better familiarize yourself with rakugo, there is the manga and cartoon series Shōwa Genroku Rakugo Shinjū (Showa Era, Genroku Era, Rakugo, and Joint Suicide), which was broadcast on television. It tells the story of a former criminal and rakugo enthusiast, who becomes the pupil of a great rakugoka.

In Japan, there is a TV show called Shoten, broadcast on Nihon TV every Sunday afternoon. Rakugoka often appear on it, taking part in guessing games and showing off their talent.