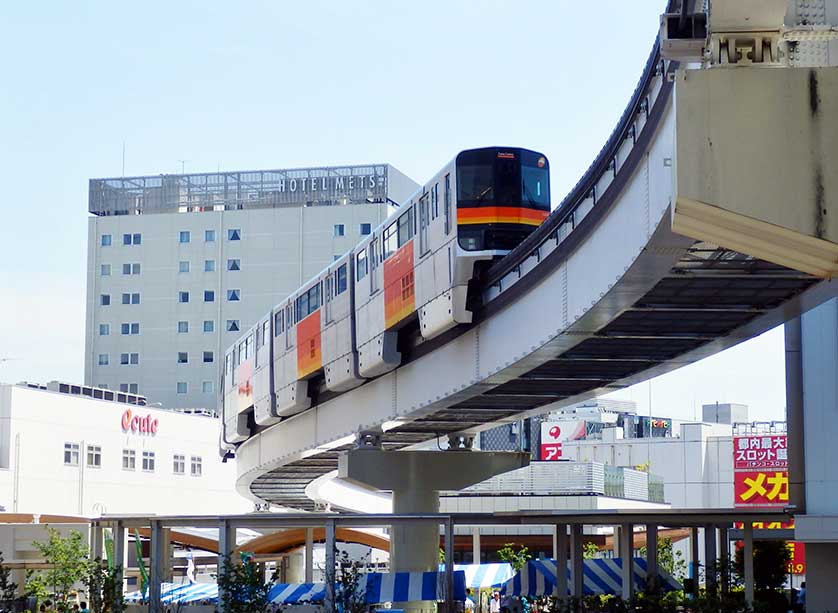 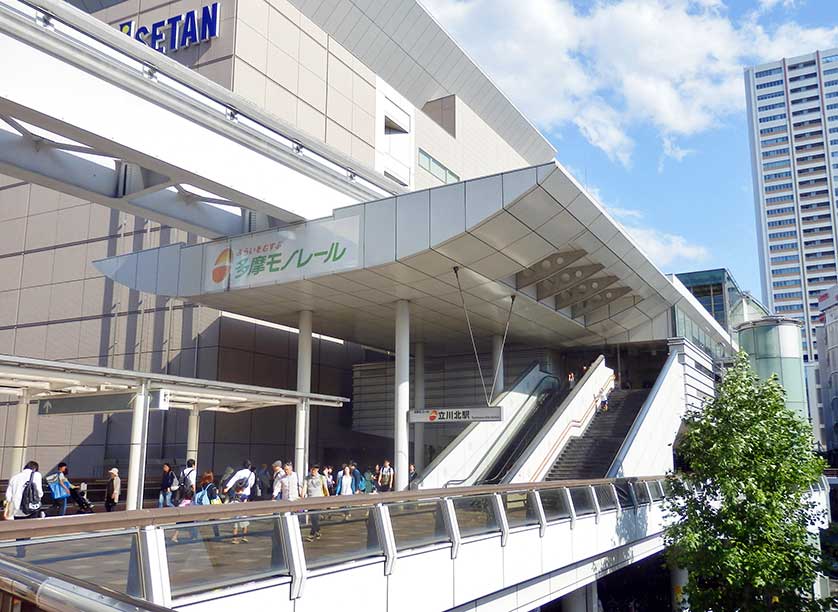 Most commuter rail lines in the area stretch out from central Tokyo in an east - west direction, connecting the city with the suburbs. Many people living in the area travel to Tokyo for work, then head back to their homes outside the city.

In fact, the many former small towns in western Tokyo that developed into commuter bedroom communities did so exactly because they were linked to the city by a direct rail connection.

Eventually, those suburbs took on a life of their own. Suburban centers with considerable populations, large industrial facilities and huge shopping and entertainment complexes formed - but to travel from one of those centers to another by rail, one had to go into Tokyo first, change trains there and then head out again. 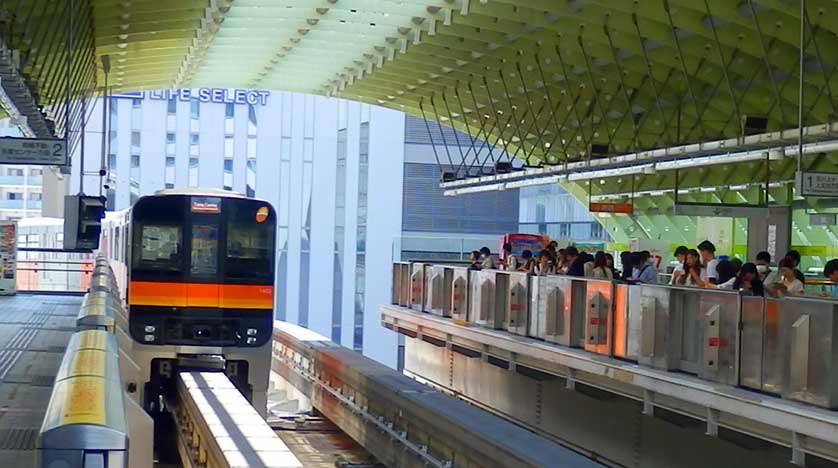 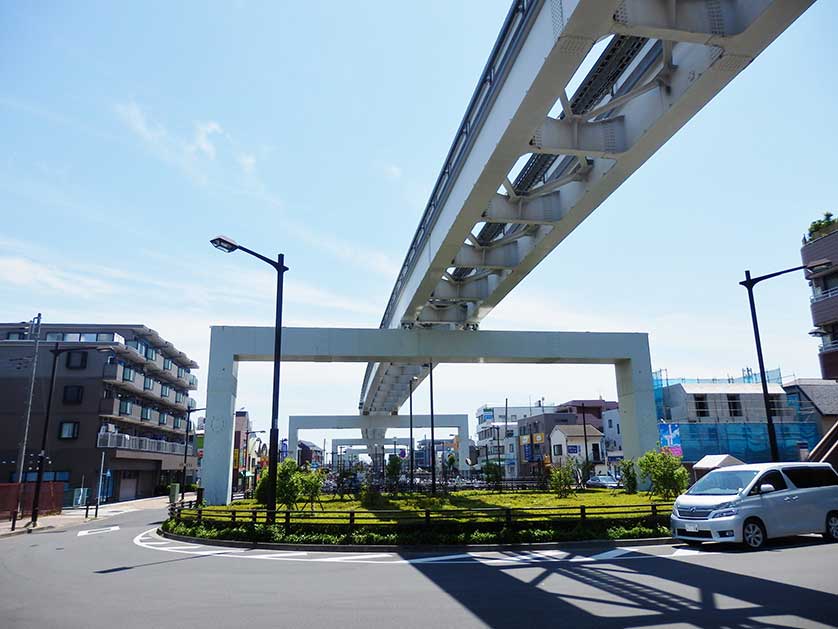 Aim of the Tama Toshi Monorail

The aim of the Tama Toshi Monorail, sometimes translated as the Tama Intercity Monorail, was to alleviate that problem by offering a direct interconnection between the western central Tokyo suburban centers. 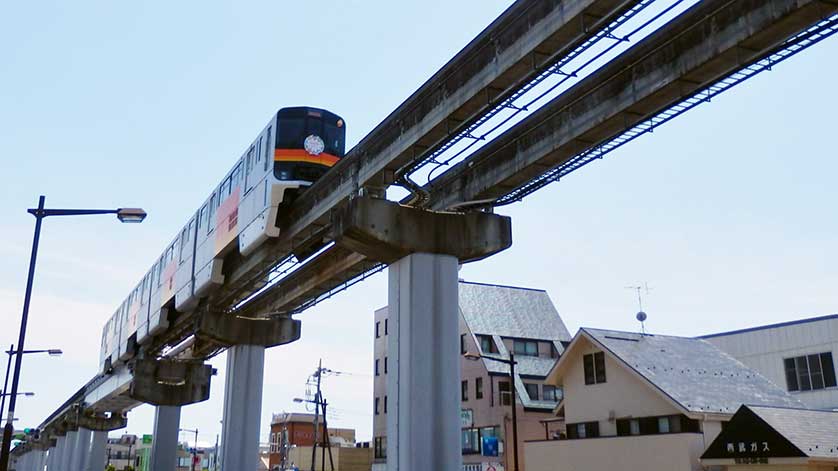 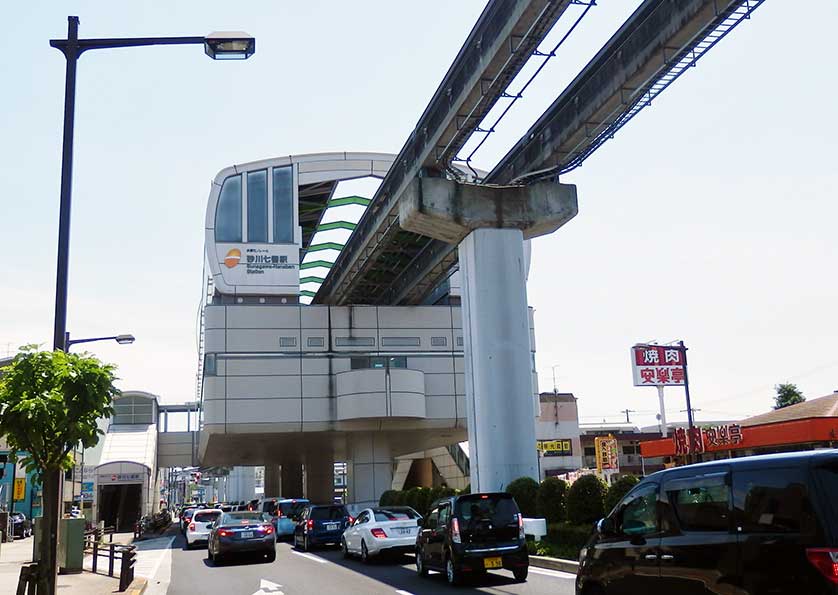 The Tama Toshi Monorail Today from North to South

Kamikitadai Station, the northern-most terminus, is in walking distance of the scenic Tama Lake and Sayama Lake Reservoirs as well as Seibu Prince Dome, home of the Pacific League Seibu Lions baseball team.

At Tamagawajosui Station, the monorail connects to the Seibu Haijima Line, offering a direct link to Seibu Shinjuku Station about 500 meters from the main Shinjuku Station in central Shinjuku.

Framed by a strip of dense woods and accompanied by walkways on both sides, the Tamagawa Josui makes for a nice walk.

Close to Takamatsu Station, a monorail track leads westwards. The track is not in service and not linked to the current system but points to the fact that at some point in the past, more ambitious plans for a monorail system covering the whole area were on the agenda.

With about 120,000 passengers per day, the monorail operates profitably. The profits do not seem to justify the investment in further extensions for the time being, however.

The monorail trains travel at an elevation of 15 meters above street level. Looking out the window, you will see wooded mountains in the far distance but the flatlands stretching out all the way to their foothills are a greyish / white sea of residential and commercial buildings.

At some stretches, like the one between Takamatsu and Tachikawa Kita Stations, the area below the tracks has been converted into a public park.

At Tachikawa, the monorail connects to the JR Chuo Main Line (going straight to Shinjuku Station and Tokyo Station and on to Chiba) as well as to the JR Ome Line, heading out to the far west of Tokyo, all the way to Okutama, deep in the mountains of the Chichibu-Tama-Kai National Park. The JR Nambu Line directly connects Tachikawa with Kawasaki city, Kanagawa Prefecture, providing easy access to Yokohama and the areas south of the Tokyo Metropolitan Area, the coastal towns of Shizuoka Prefecture for example. 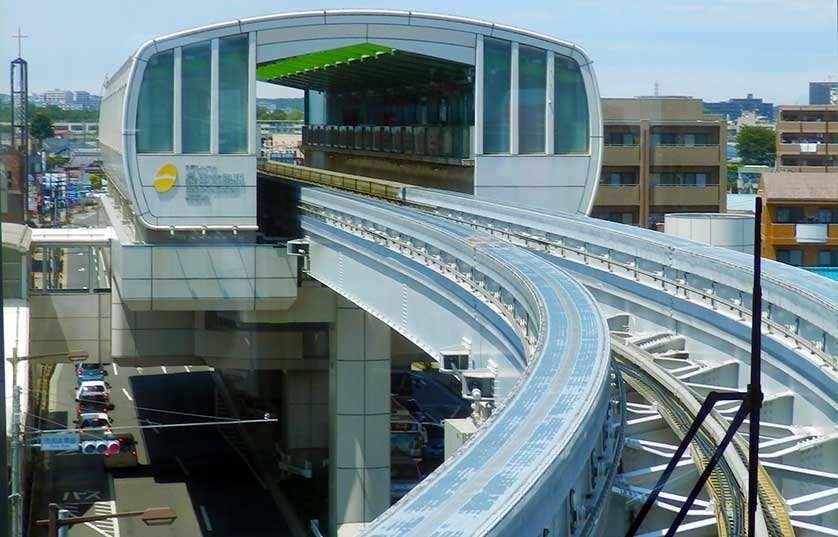 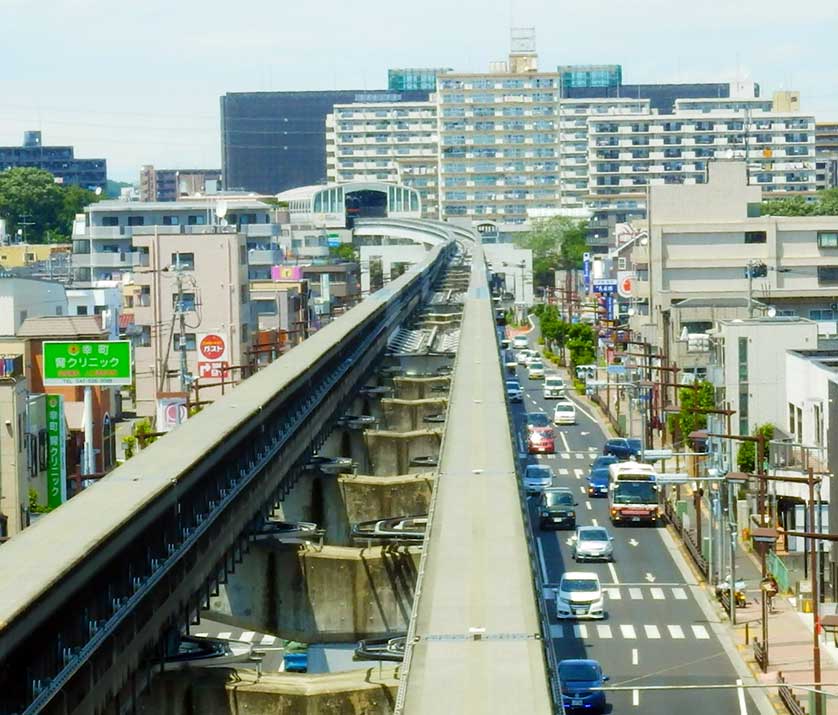 Stations West of the Tama River

At Takahatafuto Station, the monorail connects to the Keio Line, running between Shinjuku Station and Hachioji Station.

At its southern terminus Tama Center Station, the Tama Toshi Monorail connects to the Odakyu Tama Line, offering transfers to Shinjuku Station as well as to Odawara and other cities south of Tokyo.

At Tama Center Station, Tama Toshi Monorail also links to the suburban Keio Sagamihara Line which also offers plenty of transfers to lines running to Shinjuku, Yokohama, Odawara and other cities on the southern periphery of the Kanto area.

Tama Center Station is located in the heart of Tama New Town, a futuristically planned giant housing project dating back to the early 1970's which has since developed into a major commercial center. Sanrio Puroland is a 10 minute walk from the station.

In all, the Tama Toshi Monorail makes 19 stops on its length. Trains take 36 minutes to travel the whole distance from Kamikitadai to Tama Center.

Pasmo / Suica cards are accepted on the monorail. All ticket machines can be operated in English

Tama Toshi Monorail website in English with detailed information on time tables, fares and major attractions close to the stations. 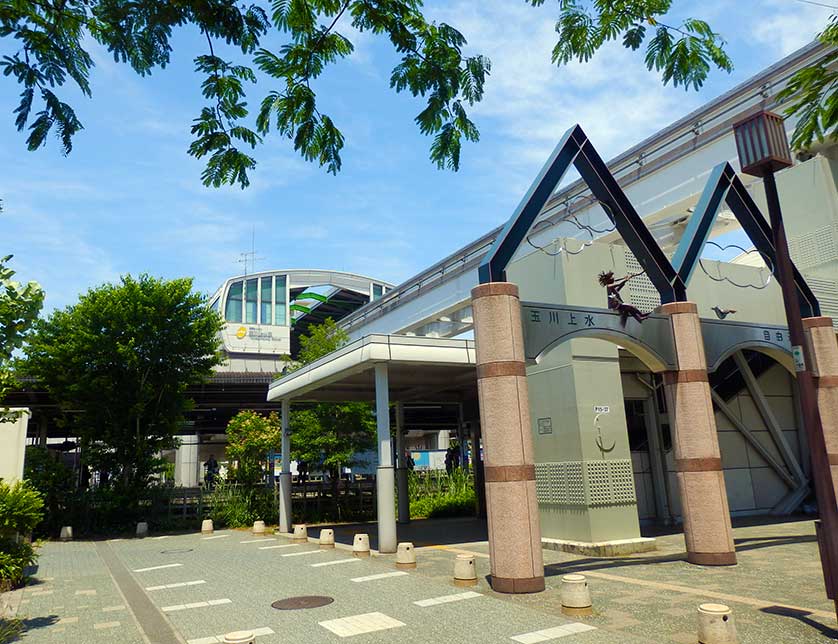