The Tezen Art Museum is a small museum with a good collection of arts and crafts from the Izumo region displayed in authentic, period buildings. 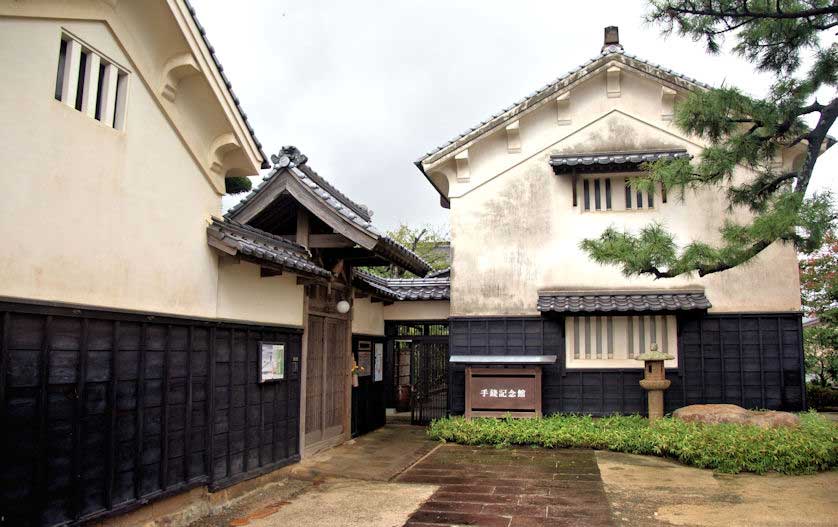 The Tezen Art Museum is a small, not well known, museum with a surprisingly good collection of traditional arts and crafts from the Izumo region displayed in some authentic, period buildings.

The Tezen family moved to the location of the current museum not far from Izumo Taisha in 1686. They were merchants trading in corn, lumber, and cotton. Local cotton was highly valued especially in the Kansai area.

Later the family expanded into sake production with some of their sake being used as Omiki, offerings, at Izumo Taisha. One of the buildings of the museum was originally the sake brewery.

With increasing wealth came increasing power and responsibility. The family became official purveyors to the ruling daimyo and also operated the guest houses for elite visitors to Izumo Taisha. In recognition of their service the family were granted permission to have a family name and also to wear two swords.

Over the centuries the Tezen family amassed quite a collection of arts and crafts and this is what forms the basis of the Tezen Museum, which opened in 1993.

In a cluster of old buildings, including storehouses and the former sake brewery surrounding small gardens, the first gallery is for thematic exhibitions that change three or four times a year.

A converted storehouse and well lit, when I visited the exhibition was on swords, but it seems that many of the exhibitions concern themselves with tea ceremony utensils. The collection of paintings, both scroll type and screen type may also be on show in this gallery.

The second gallery is much larger and is in the cavernous space of the former sake brewery. This permanent exhibition focuses more on Izumo crafts and items from daily use.

Though not as well known as ceramics from certain other areas of Japan, two styles developed in the Izumo area. Rakuzan ware was produced in a kiln that opened in 1640 near the newly built Matsue Castle.

It has a rustic appearance but in the early 19th century the daimyo Harusato Matsudaira directed them to produce work in a Korean style that he favored.

Fujina ware comes from a series of kilns in the village of Fujina that began operating in the 18th century and features brighter glazes including a distinctive yellow. Producing ceramics for daily use, later they began to produce higher-quality pieces. In the late 19th century they produced work for export to Europe and the U.S.

As well as ceramics the collection also includes lacquer-ware including pieces from the Kojima family who were brought to Izumo from Kyoto by the Matsudaira lord, and an assortment of objects for everyday use the most impressive of which is a bridal trousseau for a bride who married into the Tezen Family in the late 19th century. 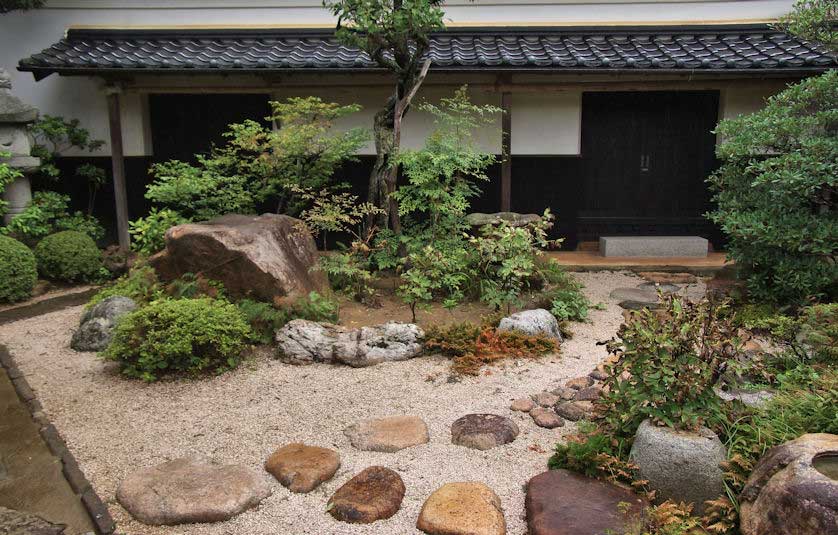 One of the gardens in the grounds of the Tezen Art Museum, Shimane Prefecture

The museum displays have limited descriptions in English, but there is a file folder in the main gallery that contains detailed explanations in English about most exhibits and their context, also members of staff speak fluent English.

The museum should appeal particularly to those with an interest in Mingei and/or the Tea Ceremony. 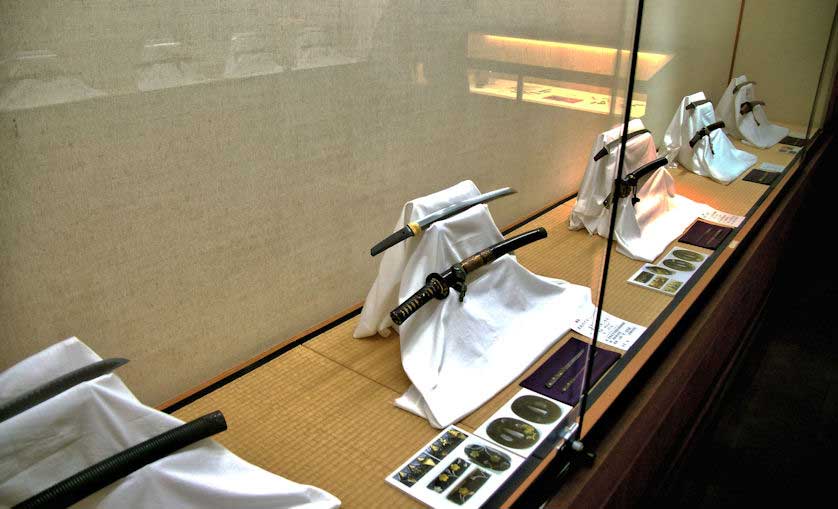 Exhibition of samurai swords at Tezen Art Museum in Izumo 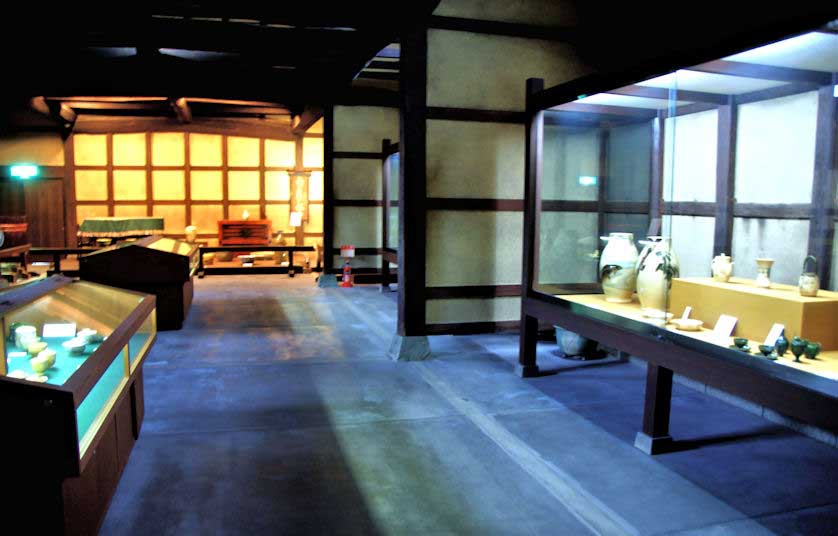 The museum is located about 750 meters directly west of the bus stop at the entrance to Izumo Taisha, or 1 kilometer from Izumotaisha-mae railway station.

Nearby is the excellent Shimane Museum of Ancient Izumo. 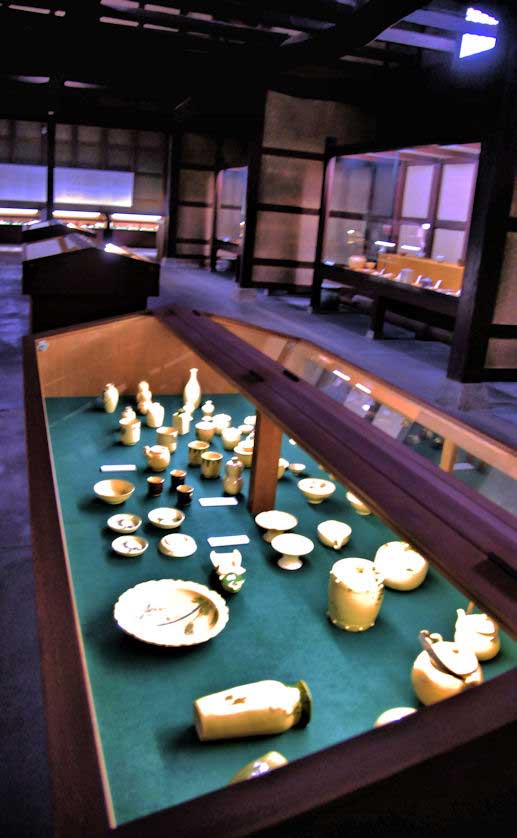 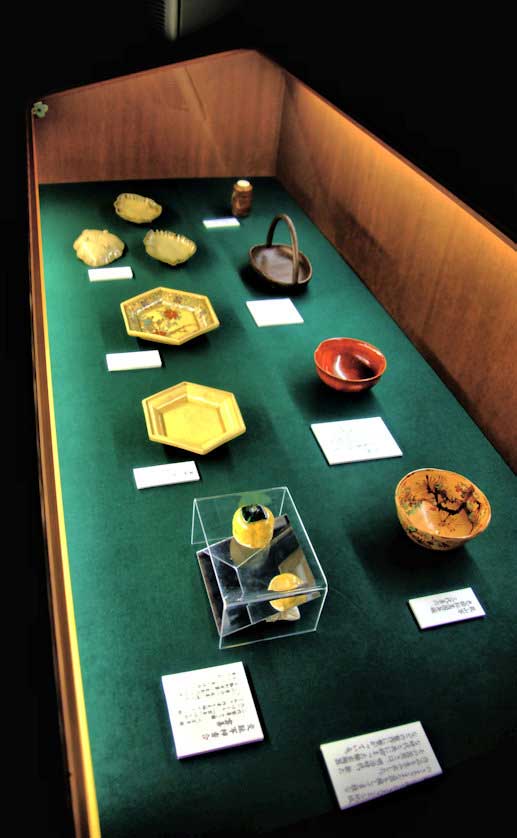 Our tours in Izumo

The Izumo Museum of Quilt Art showcases the work of Mrs. Mutsuko Yawatagaki, a local woman whose quilts have been exhibited internationally.

Shimane Museum of Ancient Izumo 島根県立古代出雲歴史博物館 - Opened in 2007, this new 9,000 square meter museum is located next to the Izumo Taisha Grand Shrine, Izumo.