Chiran: read a travel guide to Chiran in Kagoshima Prefecture in Kyushu famous for its samurai district and the Chiran Peace Museum For Kamikaze Pilots.

Chiran is a small town located in the middle of the Satsuma Peninsula of Kagoshima Prefecture on the island of Kyushu.

In 2003 Chiran merged with other towns to form the new city of Minamikyushu. During World War II there was a small airfield just outside the town, and towards the end of the war is was home to a "Special Attack Squadron", now known by the name kamikaze.

A huge museum complex on the site of the old base, Chiran Peace Museum For Kamikaze Pilots, is the major tourist attraction bringing visitors to the town, but there is also a well preserved samurai residence district with seven delightful zen gardens that is also a big draw.

Most visitors come on a day trip to visit these two sites, but for those who take the time to linger and explore there are some other interesting things to see. 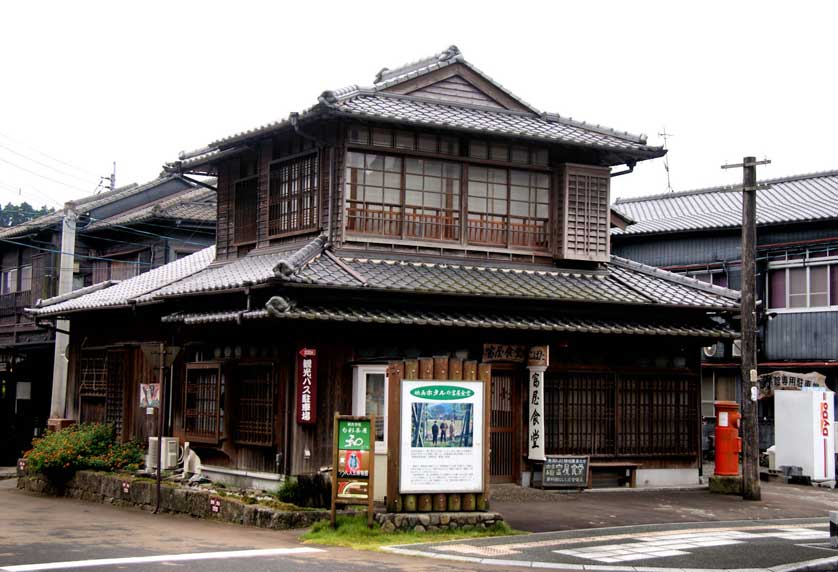 Tomiya Shokudo was a small eatery in the town frequented by the pilots from the base. Tome Torihama had a very maternal attitude to her customers, many of whom were very young, and some of whom ate their last meals there. Some of the stories of Tome and her young customers were made into the semi fictional 2001 move Hotaru (Firefly) which has contributed to the boom in tourism to Chiran. The building has been restored as a memorial museum to Tome and the pilots.

Boasting a collection of more than 10,000 items, the Chiran Doll & Toy Museum is the result of 25 years collecting Japanese dolls, large and small, by the owner. The time span covers all the  periods from Edo up to the present. Several times a year special themed exhibitions are also held. There is also a patio coffee shop. 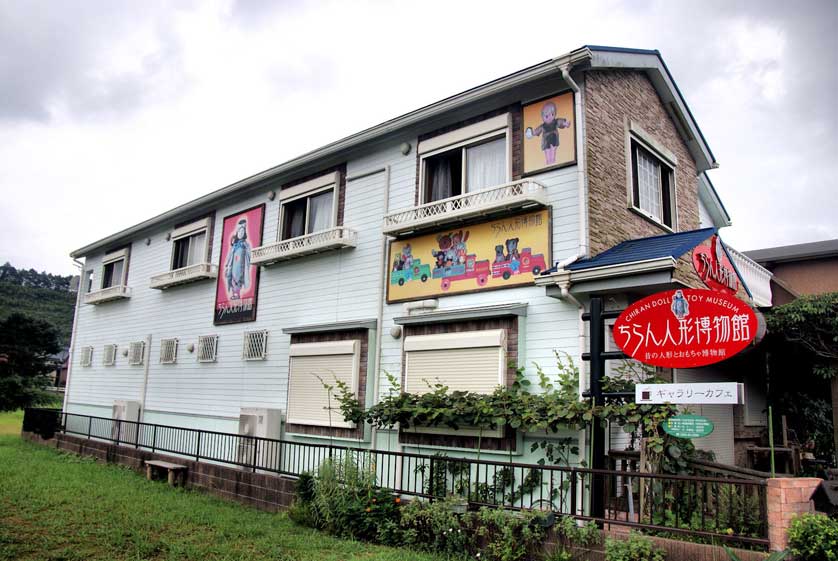 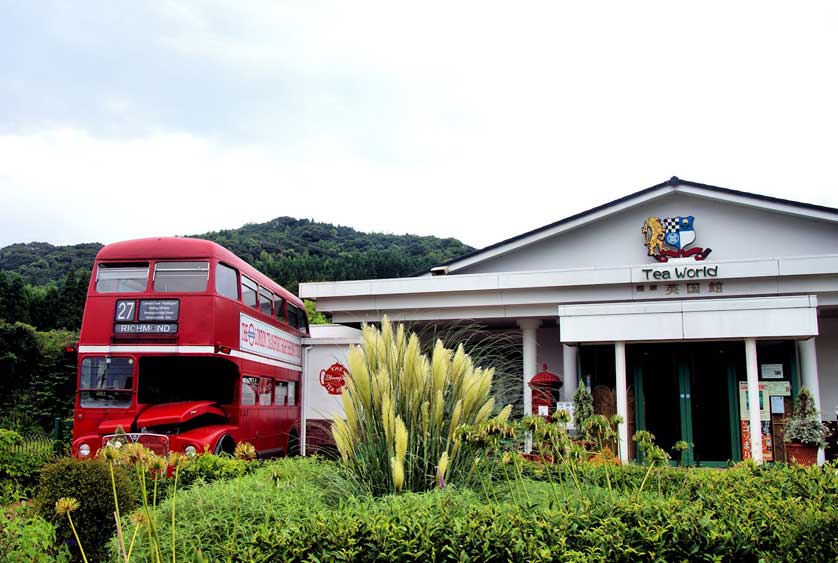 A rather quirky combination of small museum and English-style tea room, the museum focuses on the Anglo-Satsuma War of 1863. a one day war which claimed the lives of 13 British sailors and only 5 Japanese. Caused by an event the previous year when a small group of British citizens were riding along the Tokaido, the main highway into Edo.

Encountering an official procession from Satsuma, the British refused to dismount and show proper respect to the samurai official and were promptly attacked by the samurai. One man, Charles Richardson, was killed and two others wounded.

The British government demanded reparations from both the Japanese government and the Satsuma authorities. From the Japanese they received 100,000 pounds, a huge sum worth about sixty million pounds in today's money, but from Satsuma received nothing, so a Royal Navy Squadron was sent to Kagoshima where they took three Satsuma steamships and were promptly fired upon by Satsuma cannon.

In retaliation Kagoshima was bombarded. The death toll among Japanese was so light because the town had already been evacuated, but over 500 buildings were destroyed. Later Satsuma did pay reparations and Satsuma and Britain enjoyed a close relationship from then on including Britain supplying ships,  weapons, and training to the Satsuma forces that went on to overthrow the Shogunate and usher in the Meiji Restoration.

The tea room serves a variety of teas, afternoon tea, scones, ice cream, home made cakes etc. They also serve lunches including British Curry (from which Japanese Curry is derived), and a Harry Potter Lunch, which may include Jacket Potatoes, Shepherds Pie, or Cornish Pasty. Reservations are required for some of the lunches.

There is also a small shop selling tea products, postcards, books etc.
The museum/tearoom is open from 10am to 6pm. Closed Tuesdays and the New Year.Entrance to the museum is 500 yen, but that includes a tea, or free with the purchase of anything from the menu.13746-4 Chiran-cho, Minamikyushu, Kagoshima 897-0302Tel: 0993 83 3963

The only shrine of note in Chiran is located north of the main street. The torii entrance gate is clearly visible. It's a pleasant enough shrine with vermillion architecture, but what is of most interest is in a small building in the main courtyard.

Looking in through the large windows you will see a display of mizukarakuri ningyo. Karakuri means "mechanical" and ningyo means "doll" or "puppet", so they are mechanical dolls, or automata, and were very popular in the Edo Period. Mizu means "water", and the karakuri here are somewhat unusual in that they are powered by water.

If you look behind the building you can see a small waterwheel, which, when the water is flowing, drives the wheel which powers the hidden mechanisms that makes the dolls move. It is said the first mizukarakuri ningyo in Chiran were made in 1780. They are the style known as Dashi Karakuri, made to appear on floats during religious festivals and usually depicting scenes from ancient myths. The one here at Chiran is changed every year. Unfortunately it only "performs" for a few days in July.

South of the town center and east of the Kamikaze Peace Museum is the site of Chiran Castle. At the free car park you can pick up a guide and map. Chiran Castle was constructed at the turn of the 14th century by Minamoto no Yoritomo. In the middle of the 15th century the castle was awarded to the Sata Clan, a branch of the Shimazu.

The Sata lord was removed by Hideyoshi Toyotomi in 1591, and shortly afterwards it burnt down and was never rebuilt. There is little to see now, not even any stonework, but it is a most unusual design. The hillside of soft, volcanic ash, was eroded by a series of very deep and narrow gullies, in effect making a series of islands, each one of which had a fortified structure on top accessed by switchback trails. Maybe only worth visiting for diehard castle fans, or someone wanting some time in nature.

At the eastern end of the samurai street a path leads up the hill to a secondary castle site, known as Chiran Ikko Castle. Once again there is nothing left to see but an opportunity to get away from the town. The path down from the castle site ends at the Yabitsu Bridge. 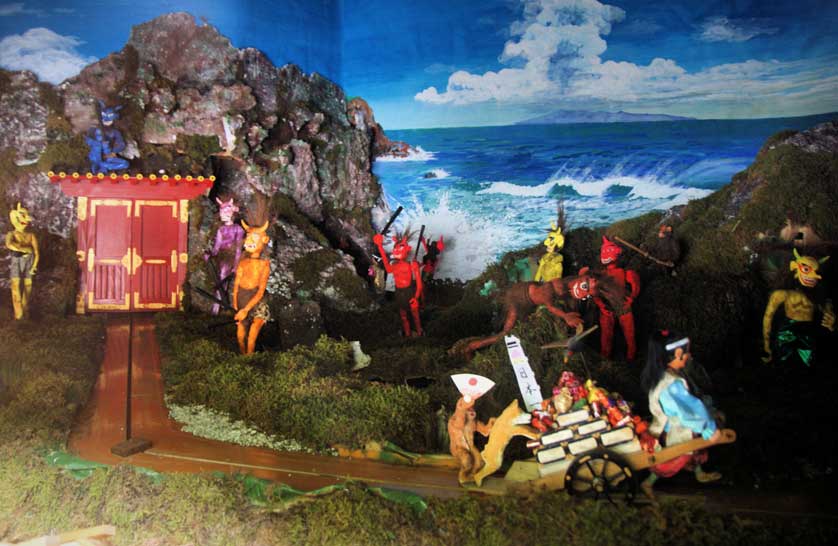 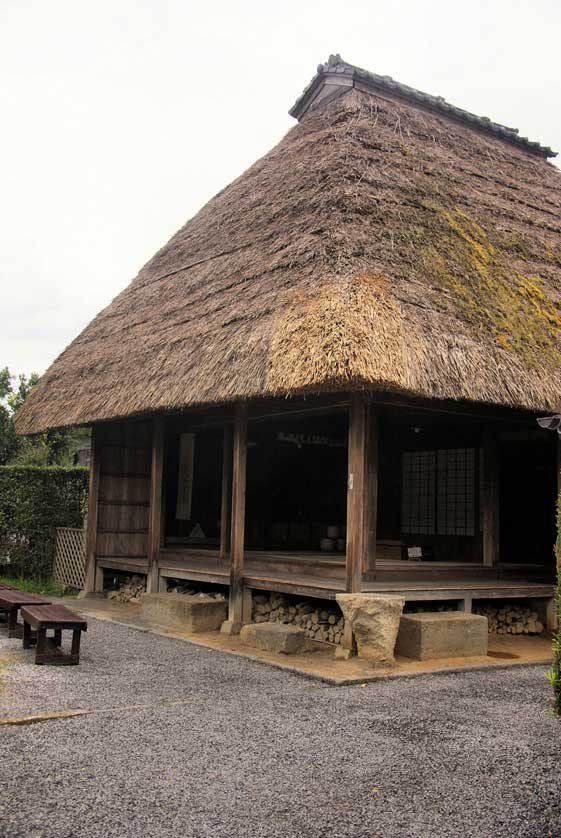 Most visitors come to Chiran on a day trip but there are several ryokan in the town and a very convenient Business Hotel, the Chiran Green Business Hotel, on the main road.

Chiran is small enough to be explored on foot, but for those wanting to venture a little further bicycle rentals are available from a depot on the main street.

From Kagoshima Chuo Station take a train on the Ibusuki Makurazaki Line to Hirakawa Station (36 minutes) and then a bus to Chiran (32 minutes).

By hire car a visit to Chiran can be combined with a sand bath at Ibusuki Onsen and a trip to Ikeda Lake. 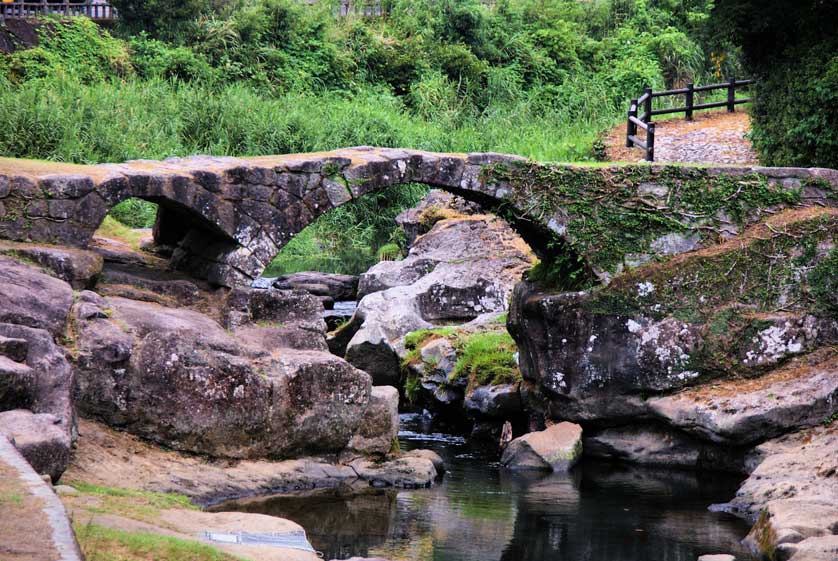