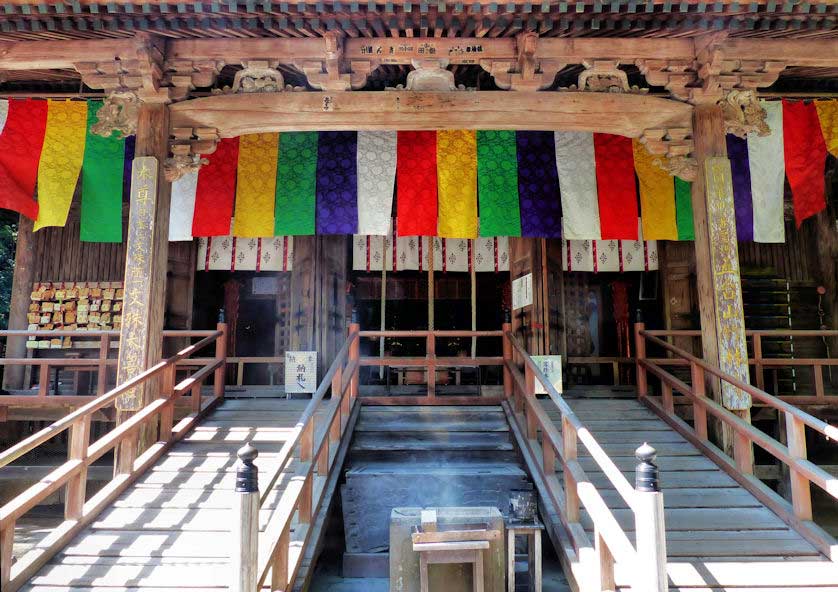 The Hondo, main hall, of Chikurinji Temple, built in the mid 17th century, it is an Important Cultural Property 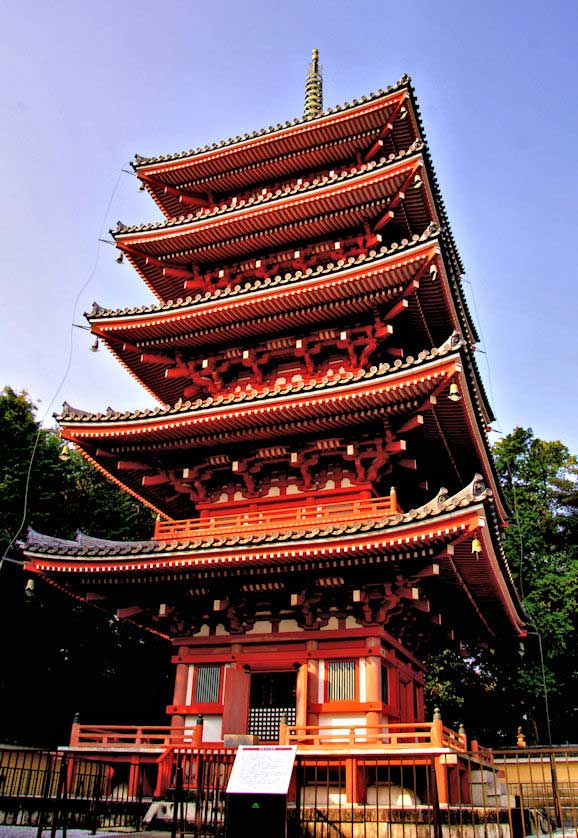 Chikurinji is a major Buddhist temple in Kochi city featuring extensive grounds and numerous National Treasures. It is the 31st temple on the famous Shikoku Pilgrimage but is also popular with many other visitors.

The temple is located on top of Mount Godaisan about 5 kilometers southeast of downtown Kochi. Godaisan was named after a famous mountain temple in China, Wu-t'aisan (Mount Wutai, Shanxi Province), and the name Chikurinji means "Bamboo Forest Temple." 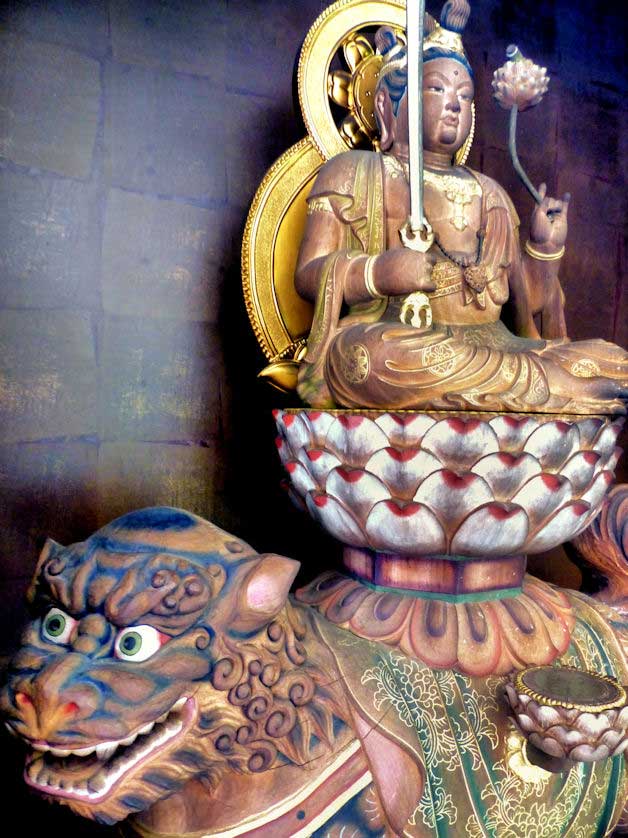 A statue of Monju Bosatsu, the Bodhisattva of Wisdom, riding a lion at Chikurinji Temple in Kochi 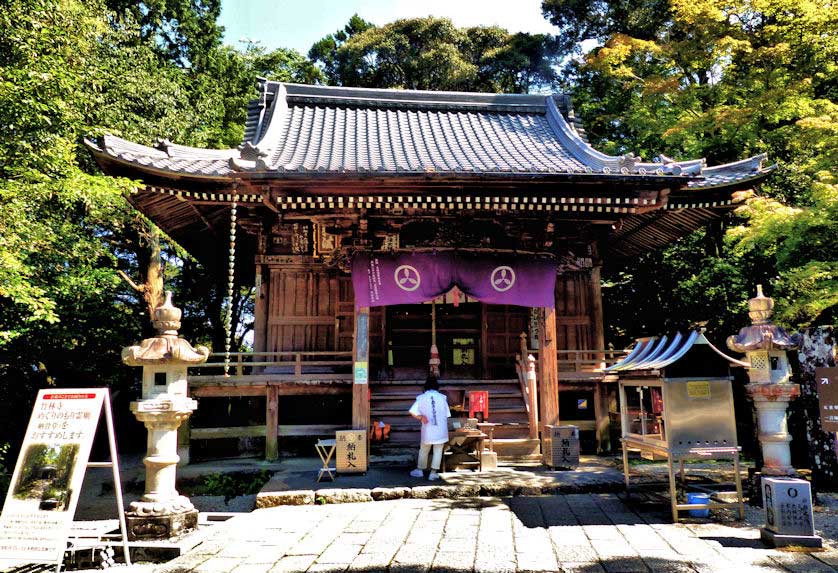 According to the legend, Emperor Shomu (701-756) ordered the monk Gyoki to find a mountain that resembled Wu-t'aisan, and after having chosen this mountain established a temple here. Later Kobo Daishi is said to have conducted rituals here. Gyoki is also credited with carving the honzon (main image) for the temple, a statue of Monju Bosatsu.

Known as the Bodhisattva of Wisdom, Monju is very popular with students taking exams, this being one reason Chikurinji gets so many visitors.

Monju has multiple aspects and appearances, like all the Buddhas and deities in Japanese Buddhism, but is often depicted with sword in hand sitting upon a lion or shishi.

The statue of Monju carved by Gyoki is considered one of the best three Monju statues in Japan and is a National Treasure.

However, it is a "secret Buddha" and not shown to the public, but other statues of Monju can be seen here. Chikurinji is the only temple on the 88 temple Shikoku Pilgrimage with Monju as the honzon.

The main hall, Hondo in Japanese, and the Daishi-do, the building enshrining Kobo Daishi that all pilgrims visit along with the Hondo, both date from the mid-17th century.

However, the main hall was blown down by a typhoon in 1899, but was rebuilt. The 5 storey pagoda, though constructed in an older style, was actually only built in 1980, replacing a 3-storey one that was destroyed by the same typhoon in 1899.

The temples entrance gate is quite venerable with an old pair of Nio Guardians inside, and there are various smaller shrines and buildings around the quite large grounds.

One popular one is the Hito Koto Jizo, a statue of Jizo Bosatsu that is known for granting one, simple wish.

Like many temples on the pilgrimage there is no entry fee to enter the temple, however, Chikurinji has a garden that is registered as a National Treasure. There is also a treasure house with statues, most of which are also National Treasures, and a small entrance fee is charged to see these.

The garden dates from the 14th century and is Northern Chinese in style and includes a pond and the hillside behind the garden.

The Treasure Hall contains statues depicting a wide variety of deities and Buddhas, some dating back to the Heian Period of Japanese history.

The grounds of the temple as well as the temple garden are great places to view the fall colors and also quite good for cherry blossoms, too.

There are no lodgings at the temple. 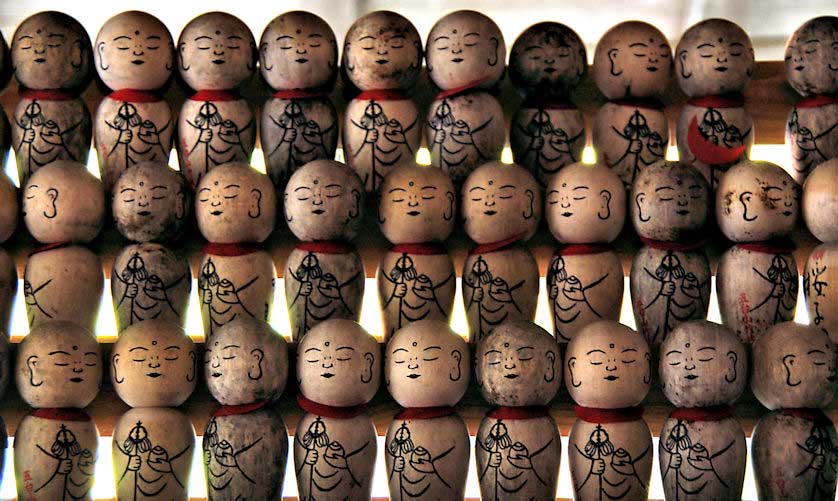 From Kochi Station in Kochi the My Yu Bus heading for Katsurahama Beach stops in front of the temple.

Chikurinji is immediately adjacent to the Makino Botanical Gardens, and so a visit to both is easy. 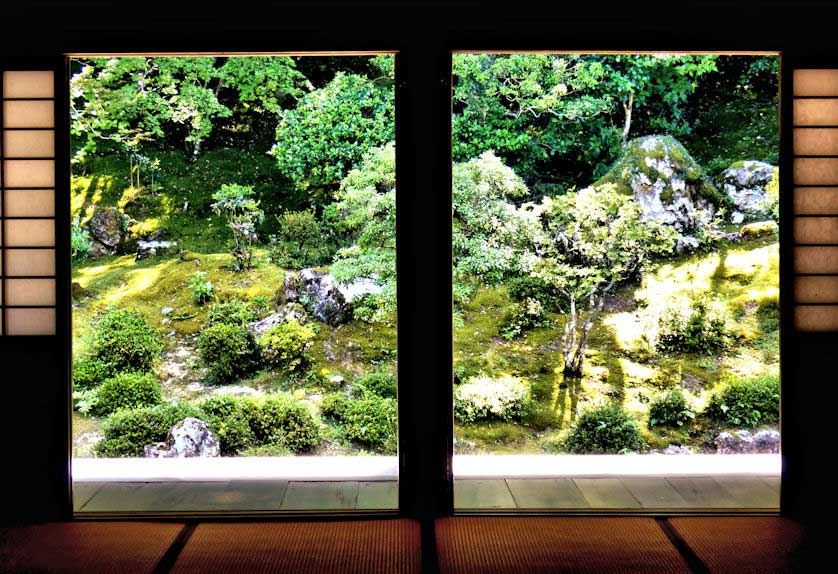 The 14th century garden behind the main hall of Chikurinji Temple 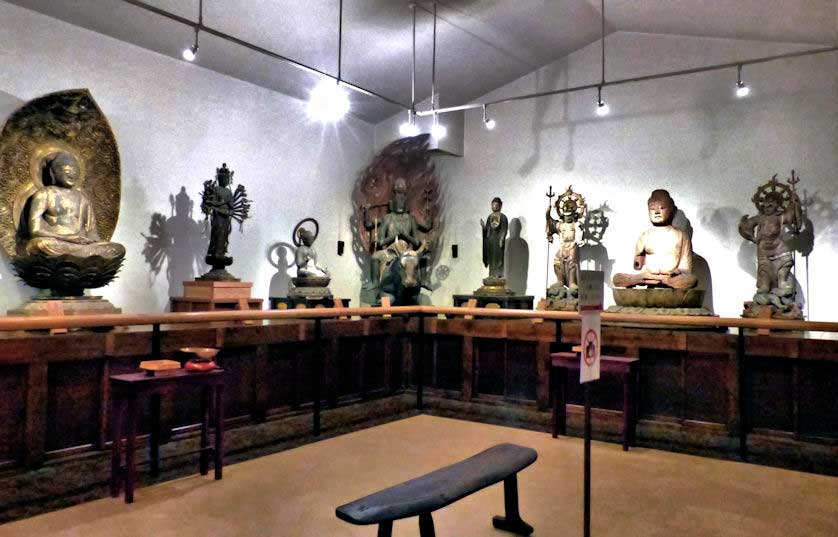