Read about the Usui Pass Railway Culture Village (Usui Toge Tetsudo Bunka Mura) which commemorates the now defunct Usui Toge Railway Line, a rack railway that crossed the most difficult terrain of any railway in Japan. 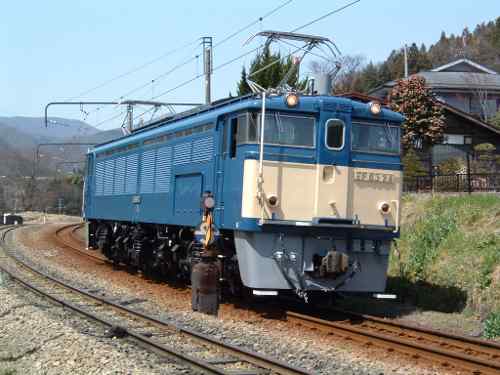 The Usui Toge Tetsudo Bunka Mura (Usui Pass Railway Culture Village) is an outdoor railway museum in Gunma prefecture, and near the resort town of Karuizawa in Nagano prefecture.

Usui Toge (toh-geh) means "Usui Pass," and the Usui Toge Tetsudo Bunka Mura is dedicated to the memory of the historic Usui Toge Railway, which was the steepest train line in Japan with a gradient of 1 in 66.7, passing through very mountainous terrain.

History of the Usui Toge Railway

Usui Toge Railway bridged a formidable natural obstacle in the way of the main Shin-etsu Railway line between Tokyo and the coastal town of Naoetsu on the Japan Sea side of Honshu. The Usui Toge Railway closed in 1997 with the completion of the Hokuriku Shinkansen line built for the 1998 Nagano Winter Olympics.

Of the 26 tunnels and 18 viaducts this 11.2 km railway line required, the most impressive is the brick Usui Viaduct, 32m high, consisting of four spans. The viaduct, colloquially known as Megane Bashi ("Glasses Bridge") is now a nationally protected structure.

The Usui Toge Railway Culture Village is a sizable space containing a wide variety of exhibits and attractions, many of them hands-on, and all of them of great appeal to fans of trains and railways, young and old. Many of the following facilities and attractions require additional payment to use, see or ride.

The Railway Museum has two floors of Usui Toge Railway related paraphernalia, including an HO scale diorama of the Usui Pass Railway.

Poppo is a miniature children's train that gives rides around the Museum grounds.

The Railway Display Hall houses the equipment used for repair and maintenance of the Usui Toge Railway, as well as some old locomotives: the EF63, EF62, ED42, KuHa189 and Yo3500.

The EF63 Electric Locomotive Driving Experience is the chance to actually drive a real EF63 (photo at top) down a 400 meter track and back. However, this requires both making a reservation and taking a 1-day instruction course beforehand. Only for the really dedicated who have the necessary time on their hands. 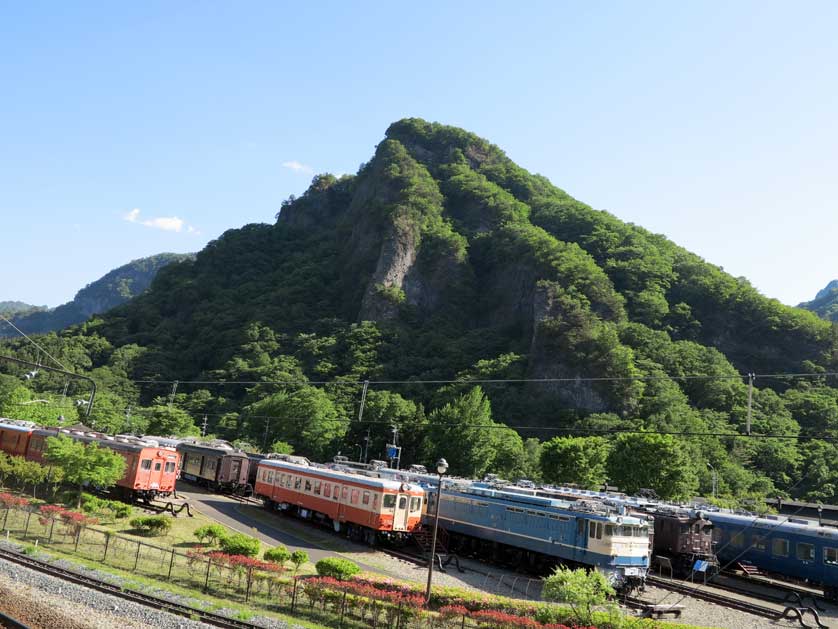 The Abt-Kun Course is a working, rideable, model railway of the Abt rack-and-pinion track of the old Usui Toge Railway that runs around the grounds of Usui Toge Tetsudo Bunka Mura, complete with a miniature Megane Bashi viaduct.

The Mini Steam Locomotive is a 300 m course offering rides to children and their parents on a miniature train powered by a real (miniature) steam locomotive.

The HO Scale Model Railway is an indoor, fully operable, miniature HO scale model railway that can be hired for anything from ten minutes to an hour of remote train-operating fun.

The Sherpa-kun tramline used to run between Yokokawa and Karuizawa, but now carries railway enthusiasts between "Bunka-mura" station and the next station, Maruyama. 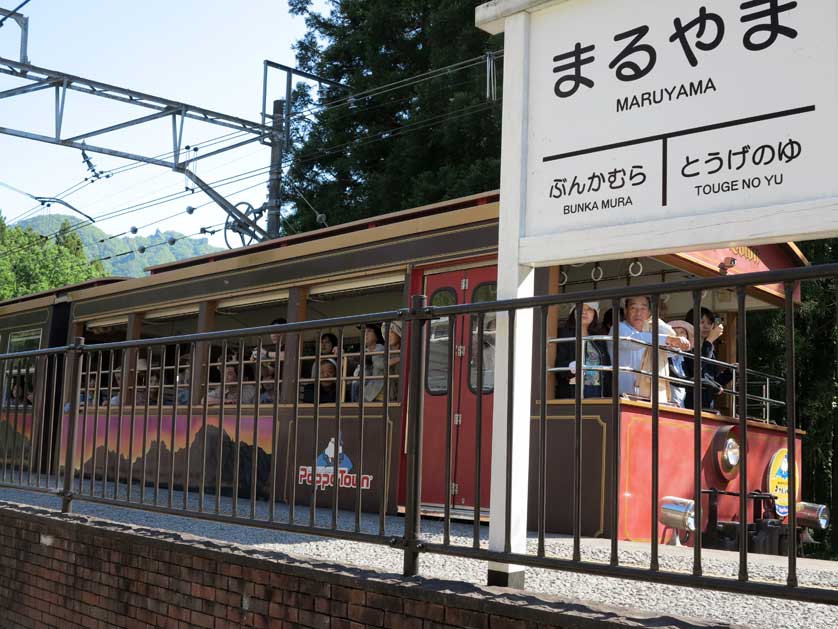 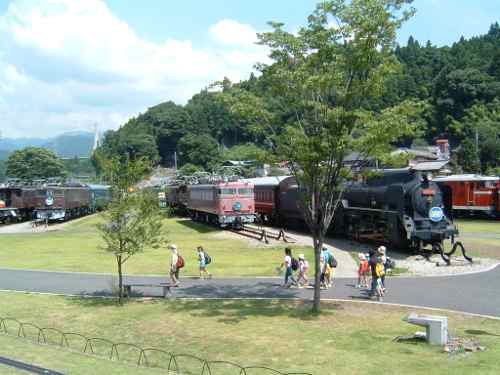 Admission: 500 yen for adults, less for children, and free for pre-schoolers. (The various rides, etc. are charged for separately.) 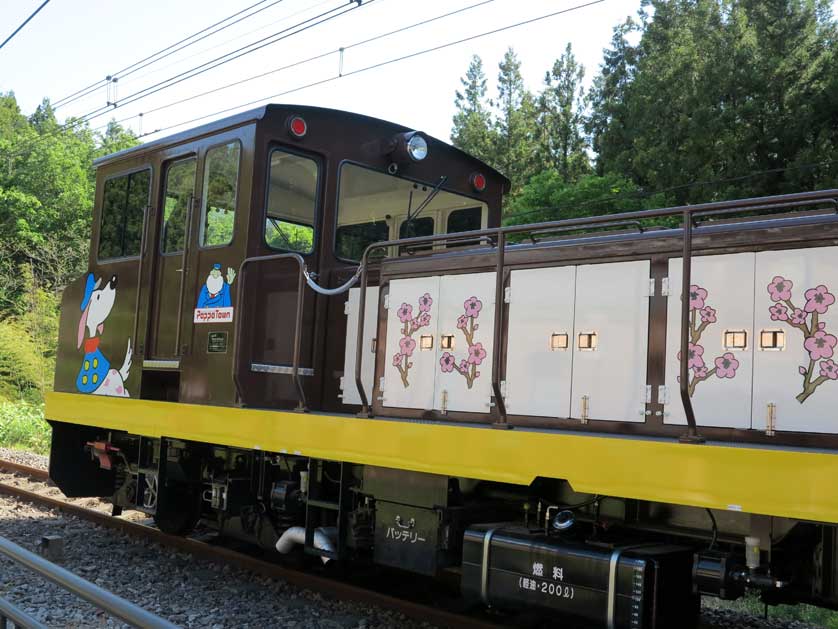