Nagano, the city in the heart of the Japanese Alps

The city of Nagano is the capital and its largest city in Nagano Prefecture, low-rise and spread out, with about 380,000 people. Nagano was the host city for the 1998 Winter Olympics and is the gateway to the Japan Alps area for skiing and hot springs in the winter. A number of great hot spring resorts are within easy reach of Nagano, including Yudanaka - home to Japan's "snow monkeys" and Nozawa Onsen, which is also a famous ski resort as are the slopes at Hakuba.

The popularity of Nagano dates back to the construction of Zenkoji temple in the seventh century. A national treasure, it would host the first Buddha statue brought to the archipelago by Korean missionaries during a visit in the year 552.

Nagano's other sites of interest include the buildings constructed for the Winter Olympics in 1998: M-Wave and Big Hat. The Nagano Olympic Memorial Arena or M-Wave building was the venue for Olympic speed skating. M-Wave now has an Olympic museum, open to the public on weekends and national holidays and, as well as the superb ice rink which can be converted for a variety of events. Big Hat was the venue for the Olympic ice-hockey tournament and is now a multi-purpose hall frequently hosting concerts.

Nagano enjoys cooler weather in Japan's hot summers, making it ideal for hiking and walking in the summer.

In Nagano, it's all about skiing, hot springs and soba noodles

Nagano is above all the Japanese capital of winter sports and mountain hiking, blessed by the peaks of the Japanese Alps that surround it. It is a paradise for skiers and hot spring enthusiasts, and the ideal place to enjoy the Japan of yesteryear, in the "little Kyoto", Takayama, or the stopover towns of the ancient Nakasendô route.

Nagano is also an ideal stopover for winter sports enthusiasts who want to explore the region and discover the various ski resorts. Shiga Kogen, in the east of the city, is one of the most famous ski resorts in the region, with the longest season, sometimes until May. It hosted some of the events of the 1998 Winter Olympics.

To get your strength back, restaurants in and around Nagano offer the local specialty: shinshû soba, thin buckwheat noodles dipped in hot broth. Another delicious specialty of the city is oyaki, a kind of small buckwheat turnover filled with vegetables or fruits, very typical of the region where rice is scarce. 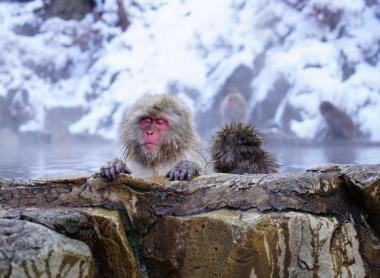 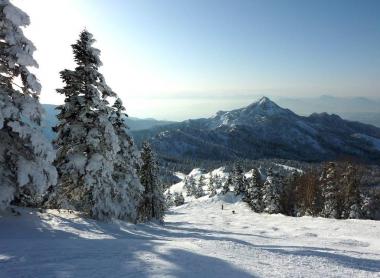 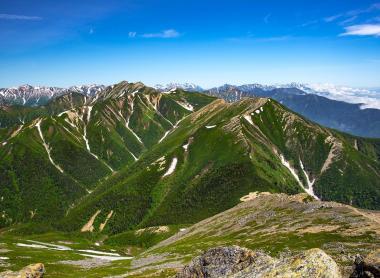 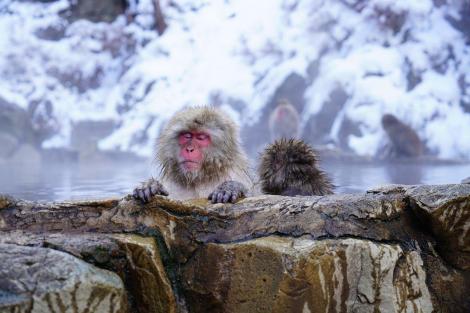 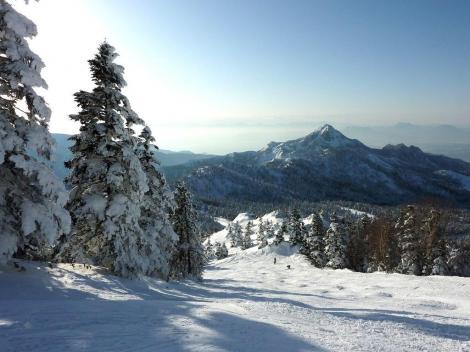 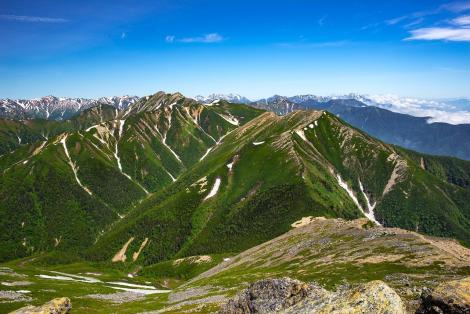 What to see and do in and around Nagano?

If you're visiting or passing through Nagano, here are the top things to do and places to see :

Zenkoji Temple is Nagano's must-see attraction and is among Japan's most-visited temples. Dating from the 7th century, Zenkoji houses the Ikko-Sanzon Amida Nyorai, according to legend, the first Buddhist image to arrive in Japan (from Korea in the 6th century). A copy of the image is displayed to the public every six years in the Gokaicho Festival. The original is stored for safekeeping and unavailable for public viewing. The temple complex also includes some impressive wooden gates - Sanmon and Niomon.

Underneath Zenkoji's main hall is a winding, pitch-black tunnel (okaidan) that represents the road to enlightenment. On the way through the darkness, you will discover a metal handle, which is the "key" to salvation. Admission to the tunnel is 500 yen and the experience is not for the claustrophobic.

It is possible to stay at one of the 39 temple lodgings - shukubo - which offer shojin ryori, a vegetarian menu for guests.

Joyama Park on the east side of the temple is planted with cherry trees and is Nagano's best spot for hanami. Near the park are the Higashiyama Kaii Gallery and the Prefectural Shinano Art Museum.

Over 700 works of the 20th-century master painter Higashiyama Kaii (1908-1999) are housed in the Higashiyama Kaii Gallery, an annex of the Prefectural Shinano Art Museum, which exhibits works mostly by local artists. Hours: 9 am-5 pm (last entry at 4.30 pm), closed Wednesdays except when Wednesday is a national holiday when it closes Thursday instead.

Nagano's other main temple of interest is Saiko-ji, a small temple with two wooden statues of Jizo, the guardian god of children, carved by the Buddhist recluse Karukaya and his son Ishido. The temple was founded by Karukaya in 1199.

Nagano's main shopping street is Chuo dori, which leads up to Zenkoji from Nagano Station. Nakamise- dori inside the grounds of Zenkoji has a number of souvenir shops and local soba noodle restaurants. There's a selection of bars and izakaya also on Chuo-dori.

Nagano's best festivals include the Tohmyo Festival in February when Zenkoji Temple is illuminated in five different colored lights symbolizing the Olympic rings.

The Maedachi Honzon ('icon standing in front') is displayed every six years in a ceremony called go-kaicho (the unveiling). This event takes place in April and May as the thread attached to the statue's hand is replaced before a large crowd of visitors. 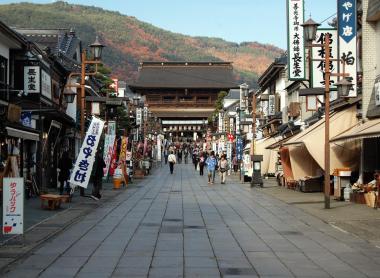 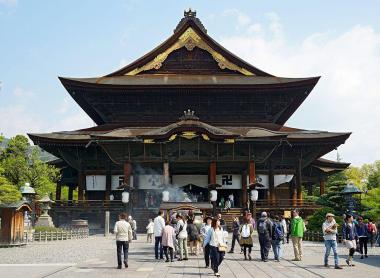 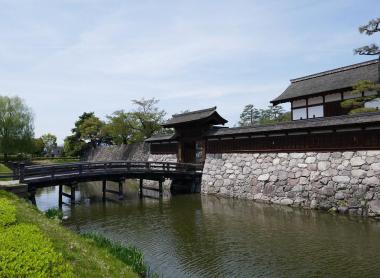 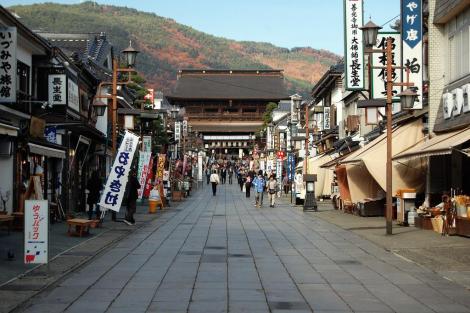 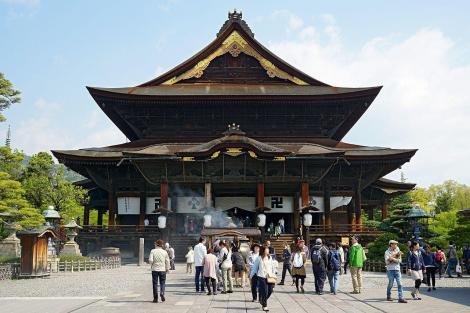 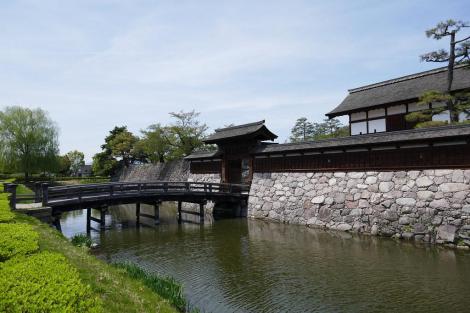 It is relatively easy to get around central Nagano to Zenkoji on foot. For the Olympic sites take a bus from the bus platforms outside the station. Buses from platform #1 go to Zenkoji and M-Wave and buses from #3 go to Matsushiro.

The rest of Nagano Prefecture has much to offer. Visitors flock to Matsumoto with its beautiful castle and numerous art museums, the hilly resort of Karuizawa, the artistic town of Obuse, historic Matsushiro with its many Edo Period wooden buildings, the popular ski resort of Hakuba, and the onsen region around Iida including Hirugami Onsen. Other places of interest in Nagano Prefecture include the summer retreat of Lake Nojiri, the alpine Akakura Spa, Kurohime with its famous Kurohime Kogen Snow Park, and Yamanouchi Town with its huge, famous Yudanaka Spa.

Jigokudani Park is famous for its monkeys bathing in the hot springs, becoming a major attraction of the city. These Japanese macaques, in their natural environment, flock to bathe in onsens in the heart of the supervised park, are fed by humans. The place is thus quite touristy and from January to March, the spectacle is most beautiful when the landscape is covered with snow. Please note that the entrance to the park is not free (800 yen, or € 6.38).