Karuizawa is a mountain resort town, and as such offers great skiing opportunities.

The snow that falls in Karuizawa is on the dry side compared with the softer, wetter snow found on the Japan Sea side of Honshu. Depending on the weather that year, ski slopes in and around Karuizawa can open as early as mid-October.

The biggest ski area in Karuizawa is operated by the Prince Snow Resort, with ten slopes covering Mt. Yagasaki, almost to its 1,155 meter summit, each with a chairlift.

Five of the slopes are for beginners and average about 500 meters in length; two are medium difficulty, about 900 m; and three are expert level, the longest being 800 meter. Several of the slopes continue operating after dark.

There are also Kids Park areas for junior fun on the snow, plus the Mori no Ie program for children, which provides morning (9:30 a.m. - 12:30 p.m.) and afternoon (1:30 - 4:30 pm) activities, indoor and outdoor, for children who are at least 4 years old. Great for while their parents are out skiing. Cost: 4,500 yen per session (as of December 2019). Closed Tuesday and Wednesday. Requires prior online reservation.

The Prince Snow Resort ski season is usually from about the middle of November to about the end of March. More information: www.princehotels.co.jp/karuizawa/nature (in Japanese so use online translation if you do not understand)

The Prince Snow Resort is only a few minutes from the Karuizawa shinkansen station, and has parking for 1,000 cars. 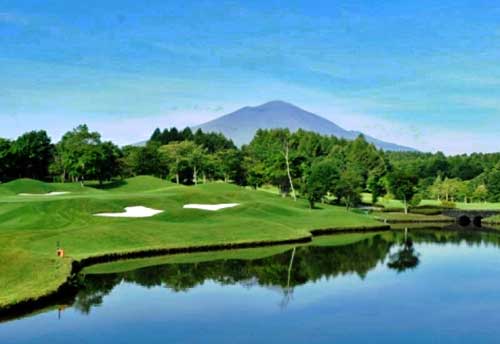 The President Resort Karuizawa Ski Slopes ski season is usually from about December to April.

Skis, ski wear (except for goggles and caps) and snowboards can be hired, and there is a ski and snowboard school.

There is a 200 meter tubing course for kids, complete with a curve and a tunnel.

A free shuttle bus is available from the south exit of Karuizawa Station, but must be booked by 5pm the previous day, Tel. 0279 84 7111.

A pole course is also available, for an extra fee, from about the beginning of January to about the end of March.

The ski season of Asama 2000 Park usually runs from about late November to early April. For most of the season, all chairlifts stop at 4 pm.

Asama 2000 Park has a play area for children, and also offers rides in a snowcat for one hour a day during much of the season.

A guided two-and-a-half-hour, 3.5 km trek in snowshoes for groups of two to five people of the mountain and forest wilderness surrounding Asama 2000 Park is also available. Bookings must be made by 5 pm at least three days before. Tel. 0267 23 3124.

Asama 2000 Park is about 16 km from Karuizawa station by road.

Located in the heart of the Japanese Alps, Kamikochi Valley with its breathtaking views and scenery will create a lasting memory.

Karuizawa is a resort town, with beautiful scenery, museums and hiking trails for those who want to get away from the hustle and bustle.

Located in the heart of the Japanese Alps, Kamikochi valley remains, for those lucky enough to have gone there, a lasting memory.