Osu Kannon Temple (大須観音), located in the electronics and shopping area of Osu Kannon in Nagoya, is one of Nagoya's most famous and popular temples.

Osu Kannon is a Shingon sect temple and attracts large crowds on the 18th of each month to its popular flea market. 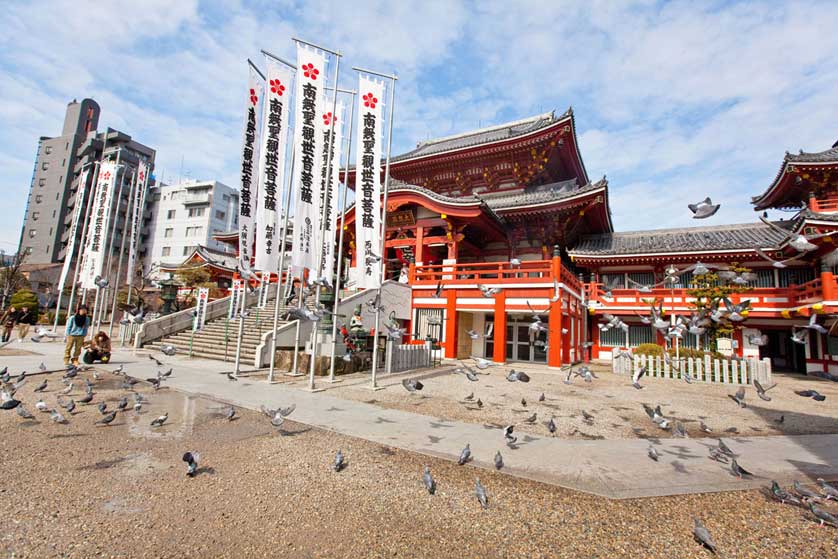 Osu Kannon, officially known as Kitanosan Shinpuku-ji Hosho-in, was first built in the Hashima area of Gifu in the 14th century just outside Nagoya city. Osu Kannon Temple was moved to its present location in 1612 by local warlord, later shogun Tokugawa Ieyasu.

A fire destroyed parts of the temple in 1820 and after some damage in World War II, the temple was rebuilt in the 1970's as a modern replica of its original form.

Osu Kannon is famous for its library which contains over 15,000 Japanese and Chinese Buddhist texts as well as the oldest hand-written copy of the Kojiki - an historical chronicle of early Japanese history.

The temple's wooden statue of Kannon - the goddess of mercy - is said to have been carved by Kobo Daishi (aka Kukai) - an important figure in the development of the Shingon sect of Japanese Buddhism.

The large temple has a number of prayer flags at the front and a huge red lantern where worshipers can attach a wish written on a piece of paper. Huge incense burners stand outside the Honden or main hall. The grounds have attracted a large flock of pigeons, kept well-fed by the devout. 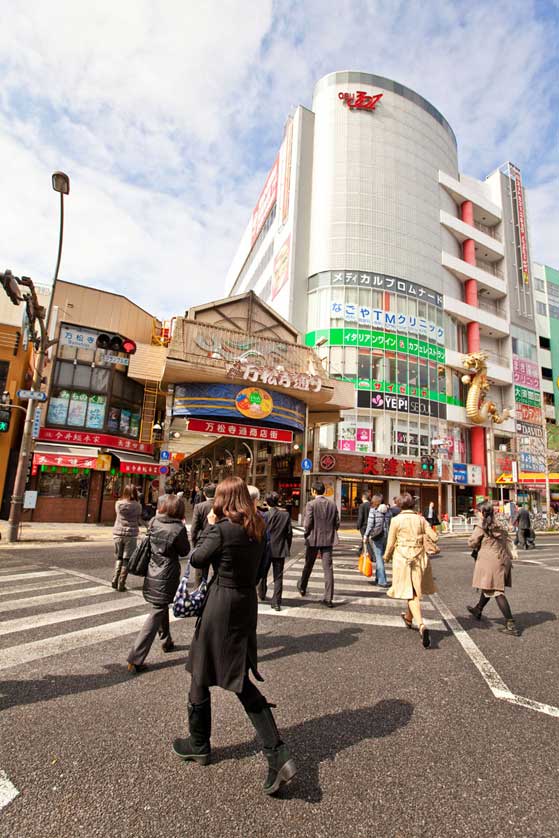 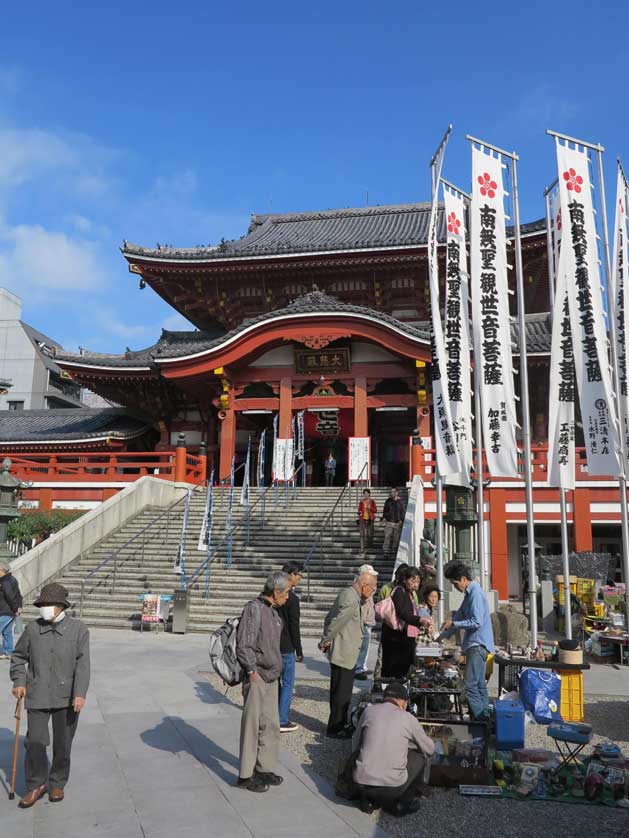 Access - how to get to Osu Kannon Temple in Nagoya 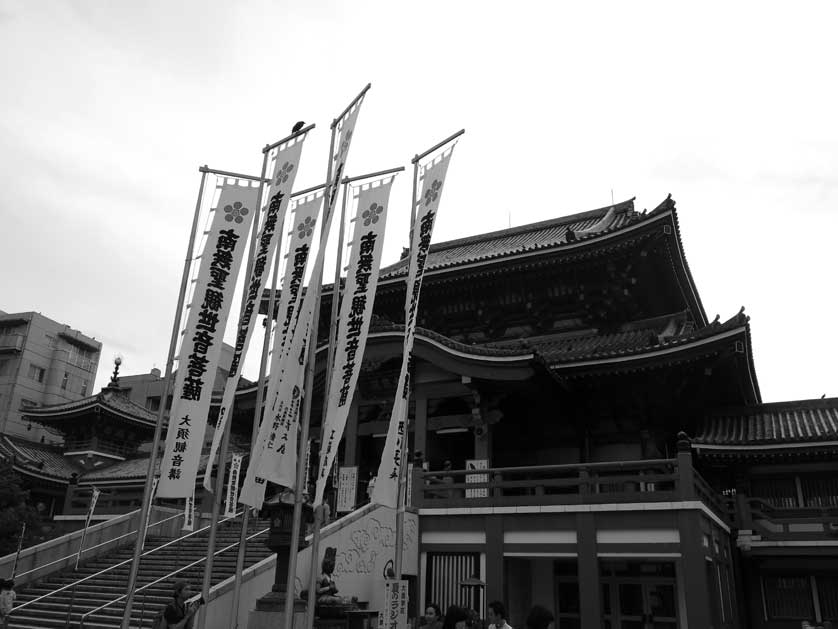 Osu Kannon Temple with its pigeons at dusk