Asukadera Temple in Nara Prefecture is the oldest large scale temple in Japan and contains the country's oldest bronze statue.

Asukadera Temple, located in the historic Asuka district of Nara Prefecture, is said to be the oldest full-scale temple in Japan. Asukadera is also referred to as Agoin and is a Shingon sect temple. 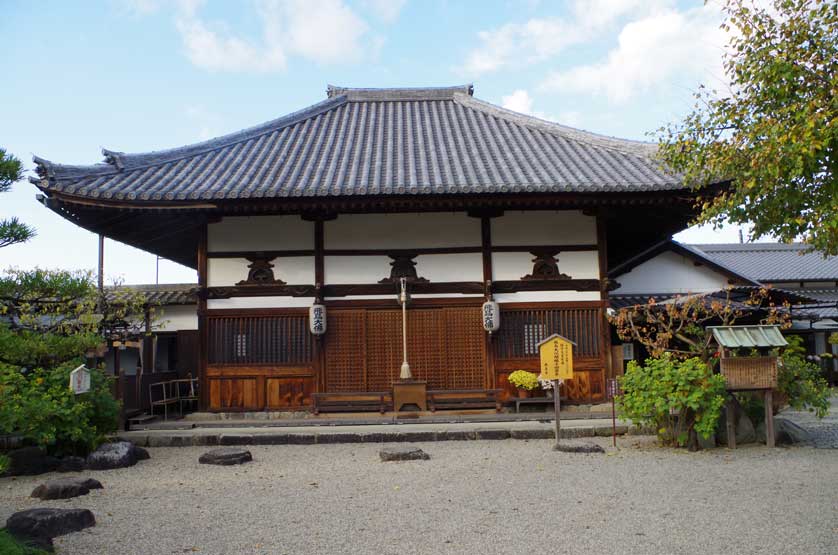 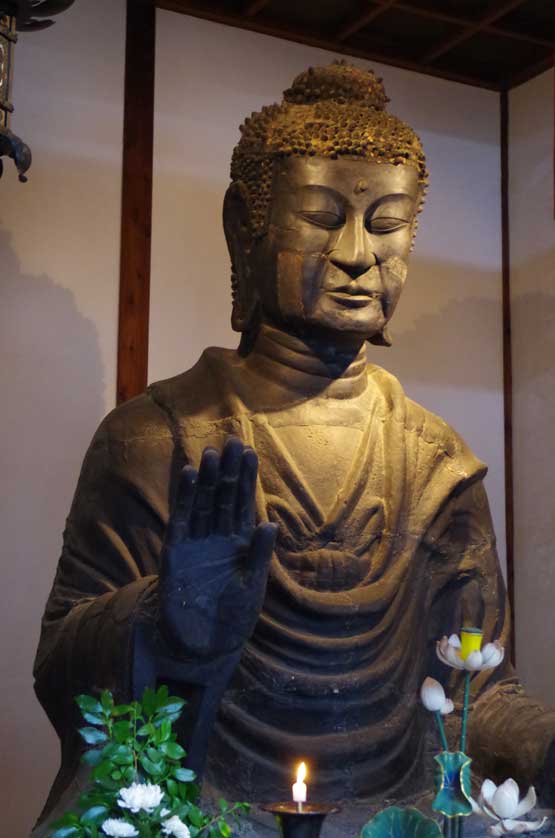 Asukadera Temple was originally founded in 596 by Soga Umako, the head of the powerful Soga clan during the Asuka Period, when Buddhism was still in its early infancy in Japan. The Soga clan were supporters of the new religion that had recently arrived from the Asian continent and had defeated their rivals the Mononobe, who opposed it. At this time Asukadera Temple was known as Hokoji Temple.

The original temple complex was much bigger than today with a tower in the center and halls in the north, east and west.

When the capital moved to Heijo Kyo (Nara) in 710, Hokoji followed suit in 718 and was rebuilt at great expense with help from Chinese and Korean craftsmen and renamed Gangoji, a UNESCO World Heritage Site in the Naramachi district of Nara.

The original site remained as a temple, though it was damaged by fire in 887 and again in 1196. Asukadera was in ruins by the Muromachi Period but was restored in 1632 and again in 1826 during the Edo Period of Japanese history. 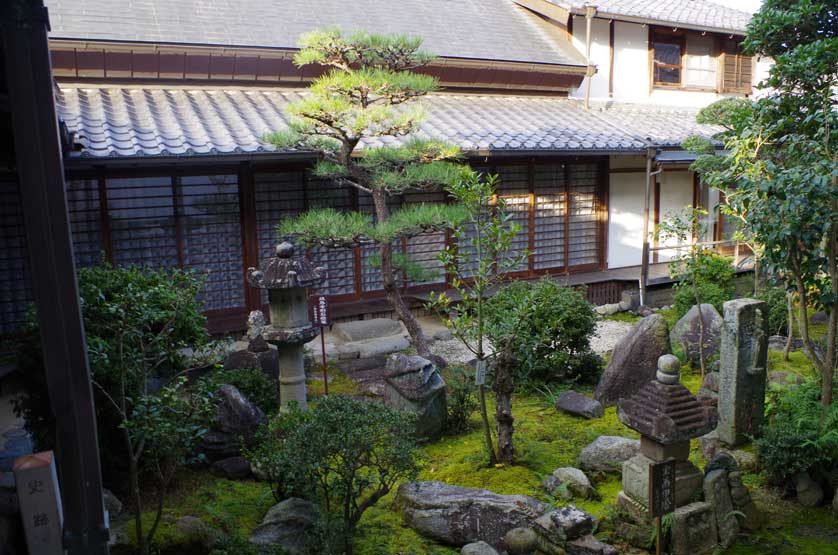 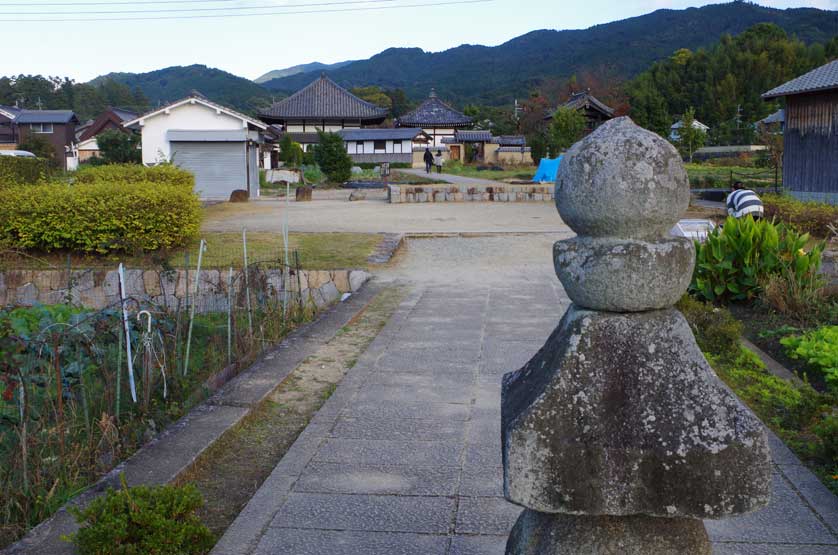 Asuka Temple is noted for its principal image of a seated Shakyamuni (the historical Gautama Buddha) known as the Asuka Great Buddha. The rather battered, bronze image, which was damaged in the fires at the temple and poorly repaired, is considered to be the oldest surviving Buddhist statue in Japan.

The 3-meter tall image is believed to have been made on the orders of the Empress Suiko, Soga Umako and Shotoku Taishi by the famed sculptor Tori Busshi, (lit. "Tori the Buddhist sculptor") aka Kuratsukuri no Tori (lit. "saddle-maker Tori"). The statue contains 15 tons of copper and 30kg of gold. Tori Busshi is usually credited as the sculptor of the Shaka Triad at Horyuji Temple.

Other Asukadera treasures are a Muromachi Period wooden statue of Shotoku Taishi depicted as a Boddhisattva, a Heian Period image of Amida Nyorai (the Buddha of the Future) and a statue of Kobo Daishi.

A stone lantern in the small inner garden of Asukadera is said to date from the 14th century.

Walking out of the western side of the temple are the stone foundations of previous temple buildings and near the garden glass cases with displays of objects found during excavations at the temple. 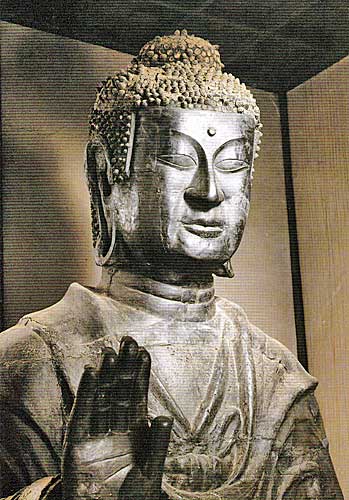 Admission: 350 yen for adults to see the interior of the Main Hall.

There are bicycle rental outlets at Kashiharajingu-mae, Okadera and Asuka stations all on the Kintetsu Line from Yamato-Saidaiji Station and Kintetsu Nara Station. These stations can also be reached from Abenobashi Station in Osaka.

Asukadera is close to the modern Nara Prefecture Complex of Man'yo Culture, the Asuka Folklore Museum and the Asuka Historical Museum. Okadera Temple is also close by rental bicycle.