Hokkeji Temple in Nara was converted into a nunnery in 782 by the Empress Komyo (701-760) on the grounds of the residence of her father, Fujiwara Fubito.

Hokkeji Temple, is located to the east of the Heijo Palace Site in Nara, close to Kairyuoji Temple in a delightfully peaceful part of the city.

Hokkeji Temple was converted into a nunnery in 782 by the Empress Komyo (701-760) on the grounds of the residence of her father, Fujiwara Fubito. The temple was originally meant for prayers for her father's repose.

An ardent follower of Buddhism, the Empress Komyo had previously been responsible for the building of the five-storied pagoda at Kofukuji. Her husband, the Emperor Shomu (701-756) was the man behind the creation of the great Todaiji Temple in Nara Park.

When first completed, Hokkeji was much larger, with two pagodas, many halls and two gates. Now the temple has a much more rural and intimate feel. 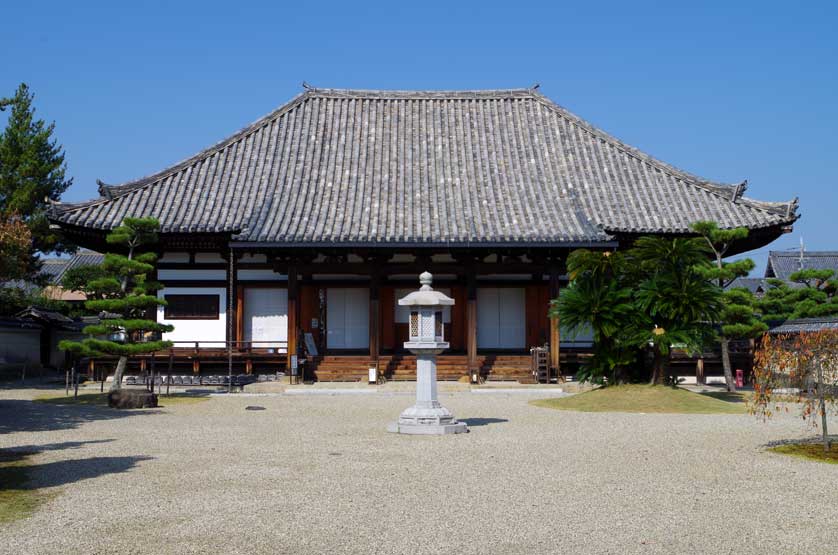 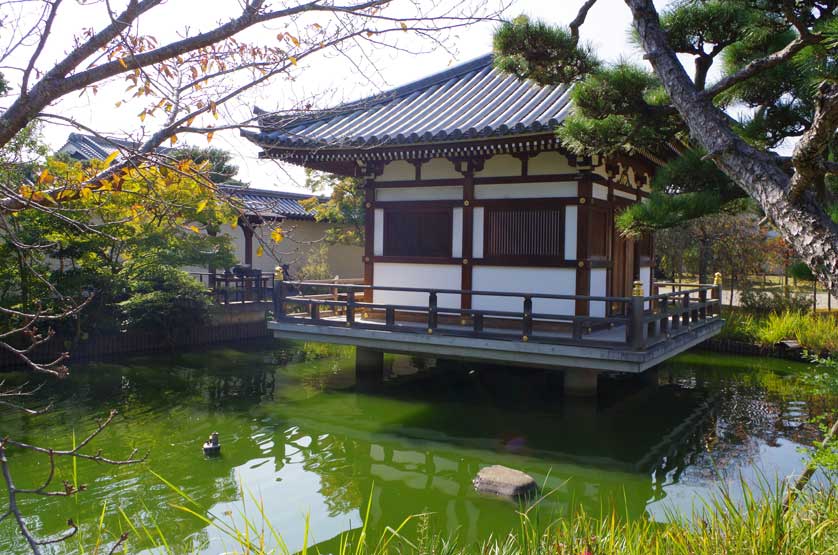 Hokkeji Temple was founded to serve as the chief nunnery of the new religion of Buddhism in Japan.

The temple was severely damaged by conflict in 1180 and again during the Sengoku Period (1467-1603). The buildings we see today date from the 16th century when the temple was repaired with financial help from Toyotomi Hideyoshi and his mother Lady Yodo in 1601. 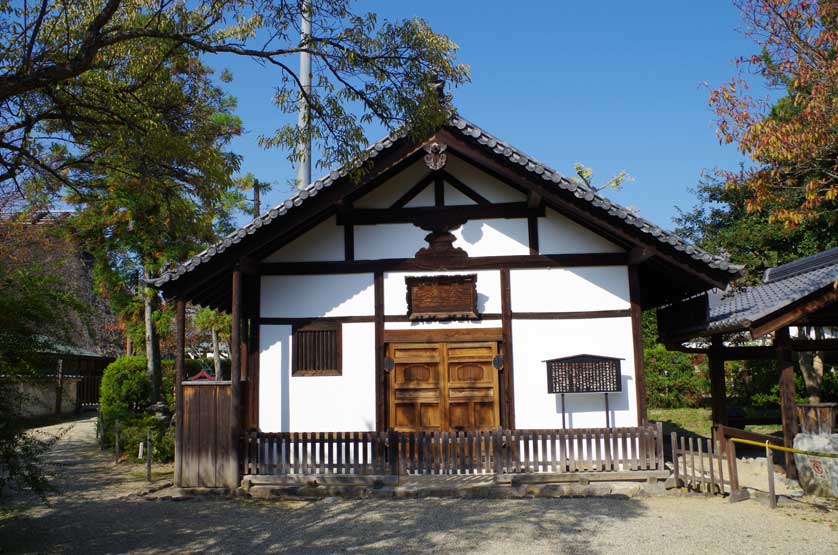 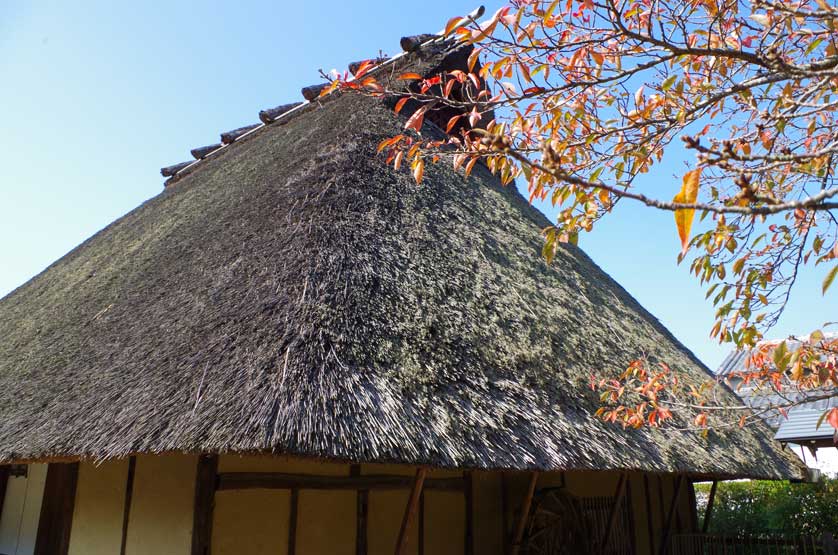 The Main Hall (Hondo) of Hokkeji Temple houses two National Treasures. One is an eleven-headed statue of Kannon surrounded by the four Shitenno (the Four Heavenly Kings or devas). The sandalwood image is believed to show the face of the Empress Komyo and to have been carved by a sculptor from India. The lovely scent of the wood is still present in the room. It is on display in spring and fall only.

The Hondo also contains three large heads of statues that are again thought to date from the 8th century.

The grounds of the temple contain the main or south gate (Nan-mon) and belfry, both completed in 1601, thanks to the beneficence of Hideyoshi. A small pond stands between the bell tower and the Hondo.

The reconstructed bath house is a copy of the original that was established to serve the sick and poor as part of the Empress Komyo's charitable works at Hokkeji.

The small Momoyama Period garden is said to recall the gardens of the Imperial Palace (Gosho) in Kyoto. It has a small pond and stone bridge and is beautiful in May when its irises are in full bloom. The various plants and flowers are all neatly labeled with wooden signs.

An Edo Period farm house with a thatched roof also stands in the grounds and was transported here in 1961.

Hokkeji sells small dog charms which relate back to such charms made by the Empress Komyo said to help women in childbirth and protect from evil.

Hokkeji is west of JR Nara Station and Kintetsu Nara Station and the easiest way to reach the temple is to take a number #12 or #14 Nara bus from either station. Yamato-Saidaiji Station is about two kilometers to the west also on the #12 or #14 bus route. 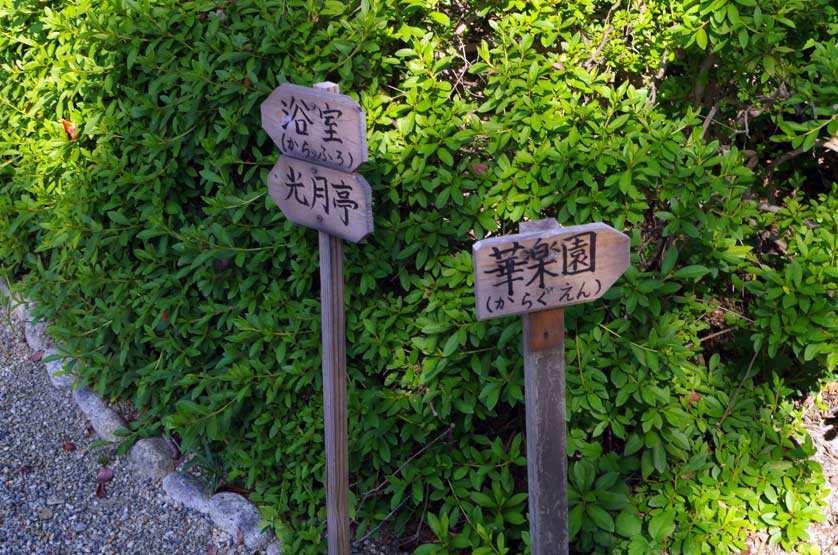 There are overnight bus services to and from Shinjuku Station's Busta Shinjuku bus station in Tokyo, to Yokohama as well as day time Meitetsu buses to Nagoya. 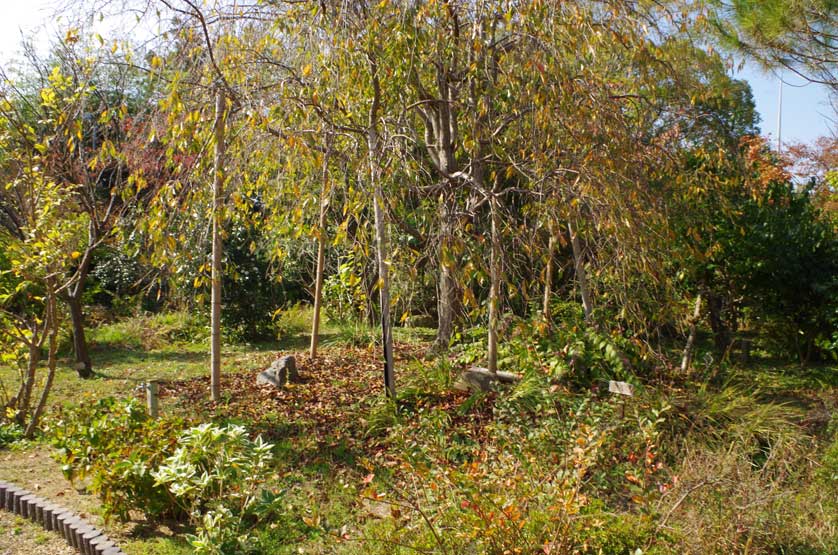