Horinji Temple in Nara is believed to have been built by Shotoku Taishi's oldest son to pray for his health.

Horinji Temple, south west of central Nara in the Ikaruga district is about 1km north east of Horyuji Temple and Chuguji Temple, located in some lovely, peaceful countryside.

Horinji (also known as Miidera Temple due to its location), though small, is worth the walk or cycle from Horyuji and Chuguji to see its historic statues and view its pretty, three story pagoda.

Horinji is a Shotoku sect temple of Japanese Buddhism. 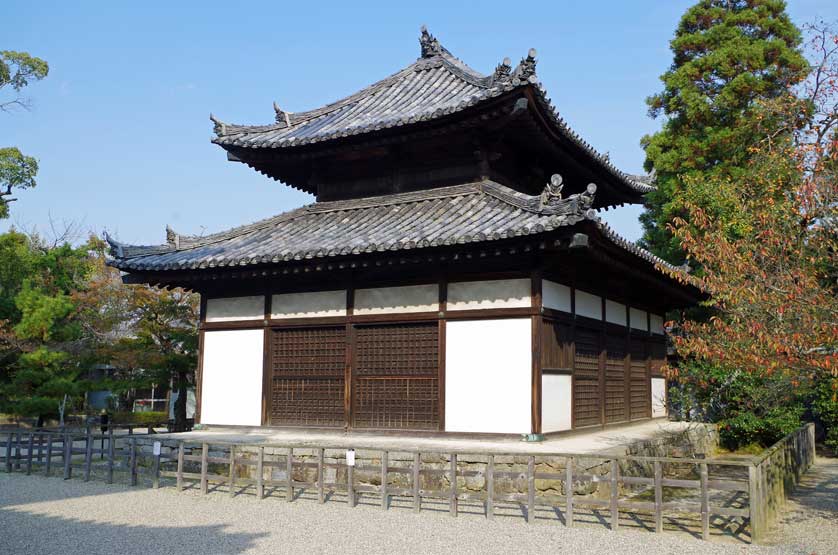 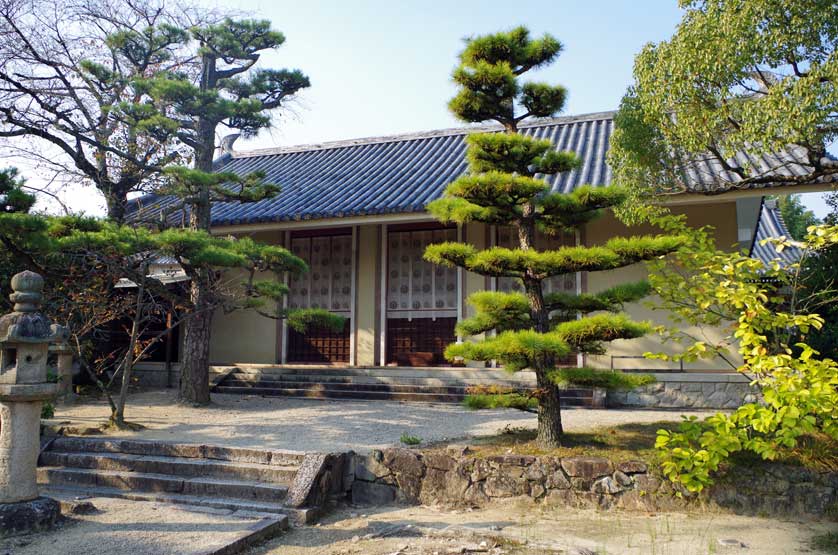 The origins of Horinji are unclear and there are two theories surrounding its foundation.

Archaeological research points to the temple having been built in the Asuka Period 7th century. Like some other temples in Nara, Horinji declined after the capital moved to Kyoto from the Heian Period and by the early Edo Period only the pagoda was left. However, Horinji was gradually restored during the Edo era. The Main Hall and Lecture Hall were built and the pagoda fully repaired.

However, the pagoda was struck by lightning in 1944 and burned down in just two hours. The pagoda we see today was reconstructed in 1978 with money raised from public donations. 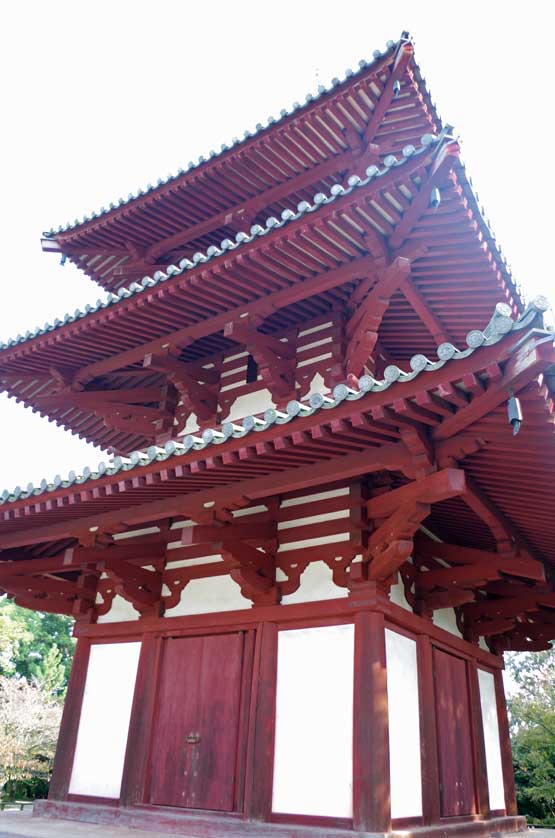 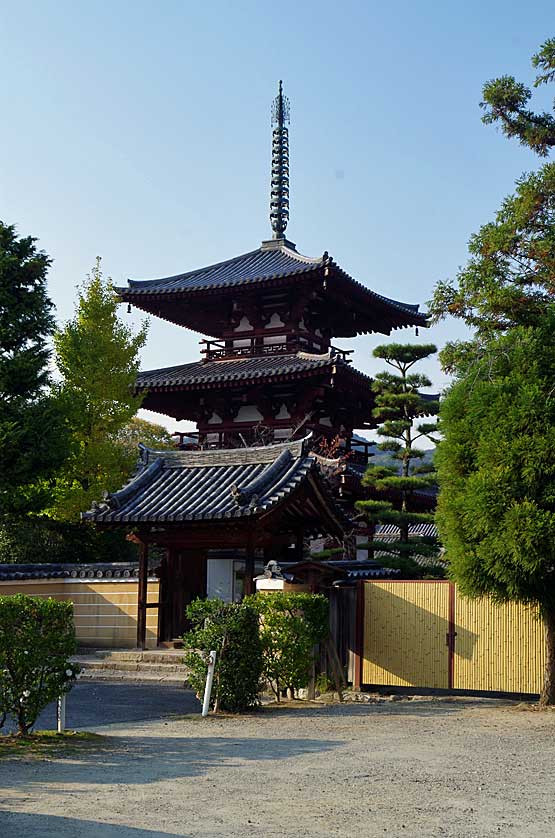 The Lecture Hall (Kodo) contains Horinji's antiquities which include a huge Heian Period statue of an Eleven-headed Kannon (Avalokiteshvara), an ancient Asuka Period statue of Yakushi Nyorai, the Buddha of Healing, which lends credence to the theory the temple's purpose was to pray for the health of Prince Shotoku and another Asuka Period statue of Kokuzo Bosatsu, the Bodhisattva of Wisdom & Memory.

Other important treasures include statues of Prince Shotoku from the 13th and 17th centuries, an Asuka Period shibi roof tile from the first temple and an Edo period map of the temple grounds.

All in all eight historic Buddhist images are on display on a raised dais and many worshippers come here to pray for good health at the image of Yakushi Nyorai. 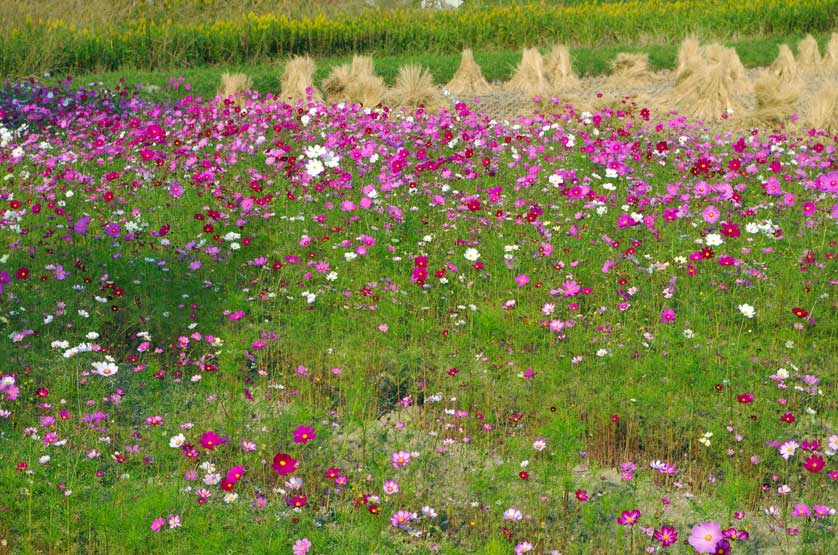 Horinji's other main buildings are the Main Hall (Kondo) and the three story pagoda.

To reach Horyuji Temple, which is located in the Ikaruga district, there are JR Yamatoji Line Osaka-bound trains to Horyuji Station. From here though it is still a 40-45 minute walk to the temple, though only about 20 minutes from Horyuji and Chuguji. In fall, the fields nearby are planted with colorful cosmos flowers.

Take a train from Kintetsu Nara Station to Kintetsu Tsutsui Station and then a bus in the direction of Oji and get off at the Chuguji-mae stop.

Alternatively, take a #97 bus from Nara Station or Kintetsu Nara Station to Hokkiji-mae bus stop. From here it is a 10-15 minute walk or get on the same #97 bus from Horyuji Temple heading north back to central Nara. 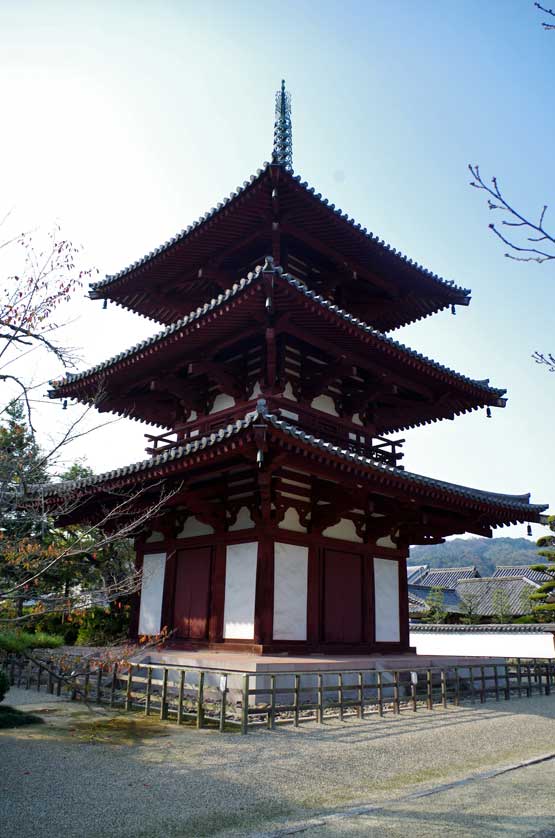