Sumo Shrine is an ancient shrine that is claimed to be the birthplace of sumo in Japan after the first bout between Nomi no Sukune and Taima no Kuehaya.

Sumo Shrine is an ancient shrine that is claimed to be the birthplace of sumo in Japan. 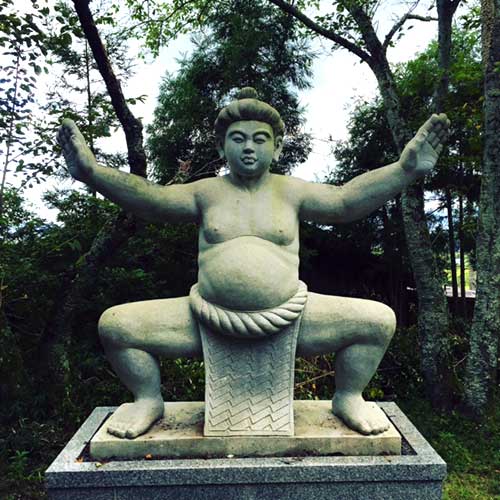 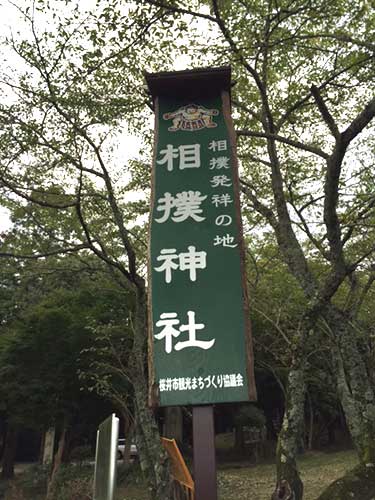 According to the The Nihon Shoki, the second-oldest book on Japanese history (published in 720 A.D. and generally regarded as more accurately recounting actual events than the Kojiki, the oldest Japanese book which is more concerned with the legends of the gods), a sumo bout took place here between a local swaggerer named Taima no Kuehaya and Nomi no Sukune from Izumo (present-day Shimane Prefecture).

The bout was arranged by the Emperor Suinin who was the legendary ruler of Yamato in the early 1st century.

Nomi no Sukune, supposedly an ancestor of the scholar Sugawara no Michizane (845-903), prevailed in the bout killing his opponent by breaking his ribs and testicles.

Nomi no Sukune was invited to take over his opponent's land and he and his followers became the first producers of haniwa - terracotta clay figures buried with the dead during the Kofun Period.

The shrine grounds have some pretty cherry trees and there are hand prints left here by various sumo wrestlers who have made the journey to pay their respects. 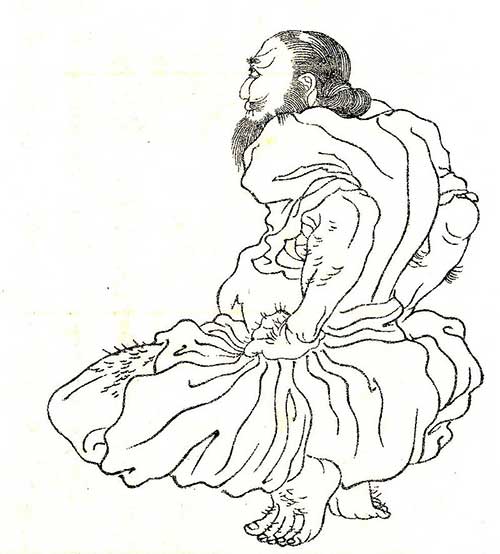 Nomi no Sukune by Kikuchi Yosai

Sumo Shrine is most easily reached from Sakurai Station on the JR Line from Nara Station rather than on the Kintetsu Line from Yamato-Saidaiji Station and Kintetsu Nara Station.

The journey from JR Nara Station to Sakurai Station takes 30 minutes (320 yen) and is covered by the JR Rail Pass. Take bus #60 or #62 from JR or Kintetsu Sakurai Station and get off at Sumo Jinja-guchi. The shrine is a 20-minute walk from the bus stop. Sumo Shrine is also 1.5km east of Makimuki Station on the JR Sakurai Line.

Sumo Shrine can also be hiked to from off the Yamanobe no Michi trail.