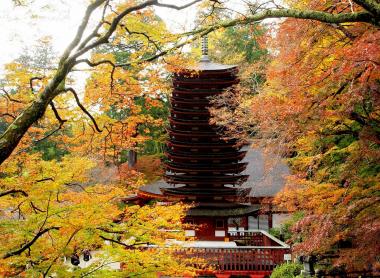 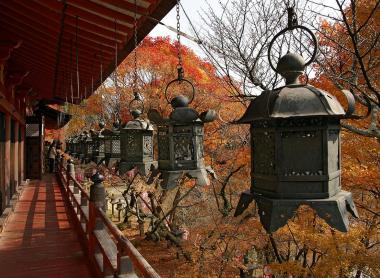 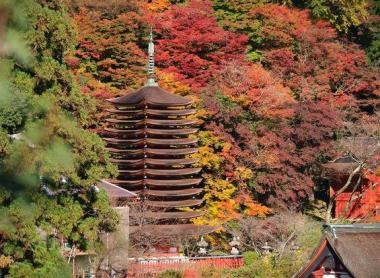 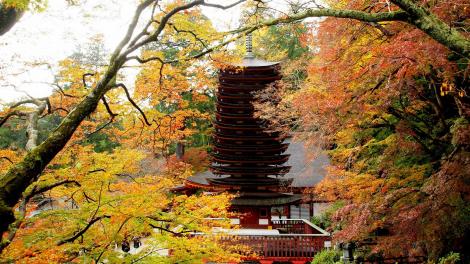 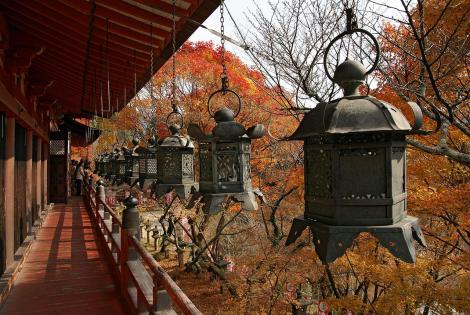 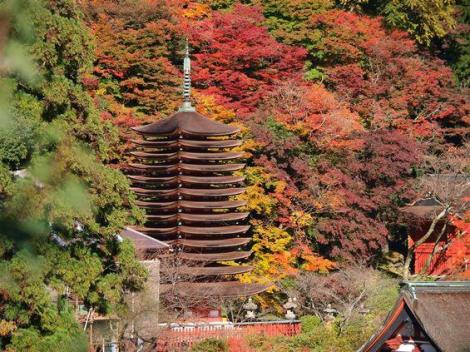 The Nikko of Kansai

Its imposing pagoda and red shrine, standing out against the green of the surrounding forests, earned it the nickname the "Nikko of Kansai". It is especially appreciated in the fall, when the foliage turns yellow, orange and red, blending beautifully with all the buildings.

Before becoming a Shinto shrine, Tanzan Jinja was first a great Buddhist temple. That's why the shrine includes a pagoda, a Buddhist religious building that was originally part of Tonomine-ji temple, built under the Asuka era (538-710). This magnificent thirteen-storey pagoda, the only one in Japan, was erected in 678, but the current building dates from 1532.

Later, Buddhist and Shinto buildings were added, in the spirit of syncretism that prevailed in Japan until the Meiji era (1868-1912). At that time, the Japanese wanted to return to the worship of the emperor and Shintoism, the religion of Japan, and many Buddhist temples, considered foreign and unwanted, were destroyed or turned into Shinto shrines. Tanzan became a full Shinto shrine at this time.

To the left of the pagoda, a large room contains treasures and works of art. On the other side, the haiden, the building used for ceremonies and prayers to the kami, the gods of the shrine, is lined with a splendid outdoor passageway where brass lanterns hang. From here there are splendid views of the surrounding natural scenery.

The honden, or main building, is beautifully carved and is built in the traditional architectural style of shinto shrines called kasuga-zukuri. It houses a statue of Fujiwara no Kamatari.

The place is also known for its history. It is here that in 645, Nakatomi no Kamatari met Prince Naka no Oe in a game of kemari (literally "hit ball"), a kind of ball game very popular in the imperial court of the Nara era in the Heian era). The two men then plotted to overthrow the powerful Soga clan by assassinating the eldest son, Soga no Iruka. This event brought about what was called the Taika reform, which strengthened the power of the emperor. Prince Naka no Oe became Emperor Tenji and Nakatomi no Kamatari founded the influential Fujiwara clan. He took the name 'Fujiwara no Kamatari'. This story is illustrated on a scroll painting that is displayed inside the treasure room. The pagoda was built in honor of Fujiwara no Kamatari, right next to his tomb.

Every year on April 29 and the second Sunday of November, the kemari festival, kemari matsuri, revives this ancient ball game. On this occasion, between six and eight participants, all dressed in old court clothes, try to use their feet to stop a ball made of deer skin (mari) from touching the ground. Once the official game is over, the spectators can join the players.

Finally, in the fall, around the second half of November, some 3,000 maple trees light up the site with their stunning, flaming red leaves, attracting crowds of visitors. 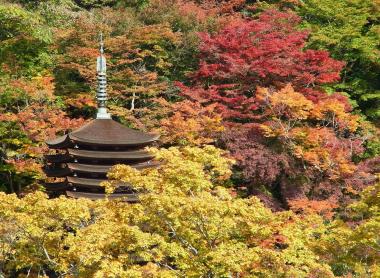 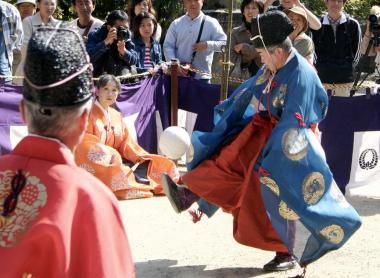 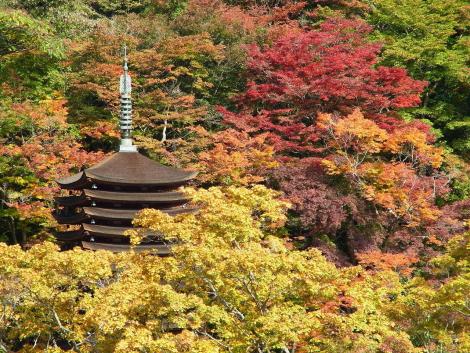 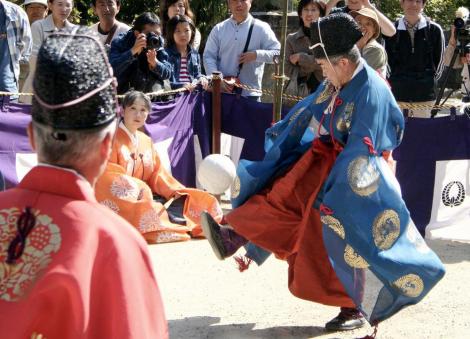