Unlike most of the other venues of the 2019 Rugby World Cup, the Kumagaya Rugby Stadium in Kumagaya, about 60 km north of Tokyo, has been intended and used exclusively for rugby matches since it was built in 1991.

The rugby part of the park, called the Kumagaya Rugby Ground, consists of the A Ground (the actual stadium) as well as the B and the C Grounds, the latter two being used for youth and amateur tournaments. 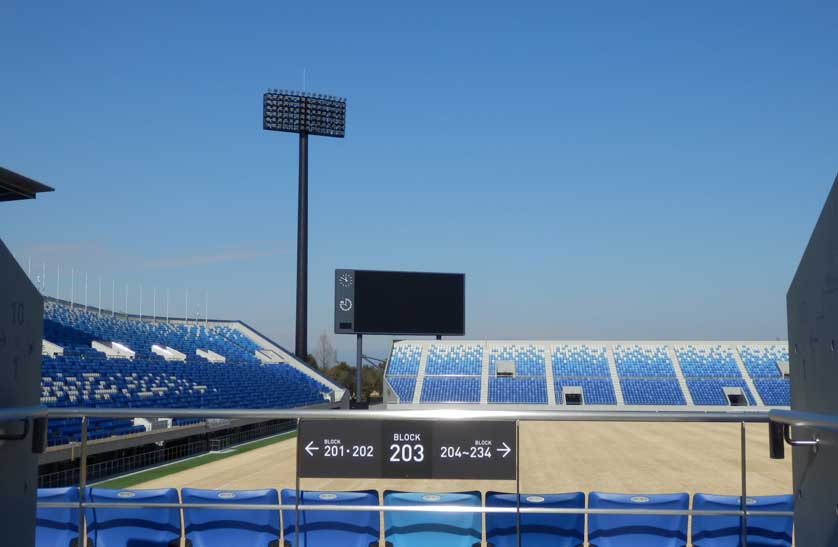 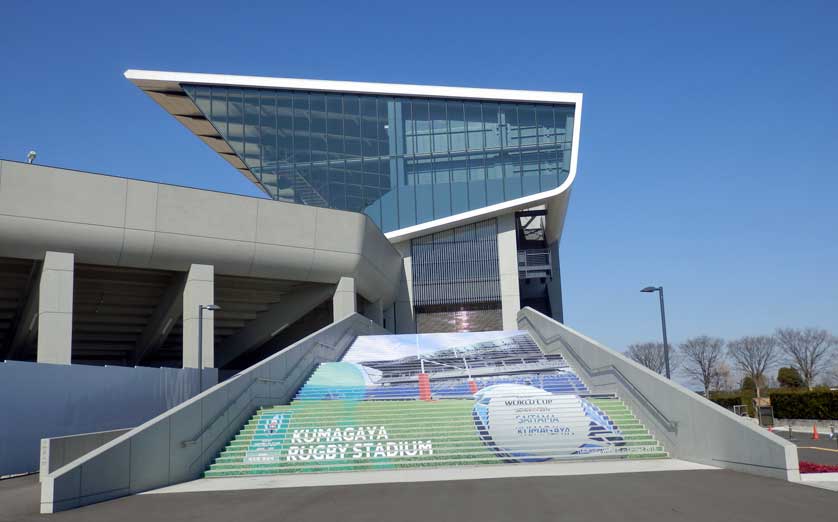 The Kumagaya Rugby Stadium is the home of Japan Top League team Panasonic Wild Knights (founded in 1960 and until 2012 known as the Sanyo Wild Knights). As well, it is also the venue for the East Japan matches of the National High School Rugby Tournament. The Kumagaya Technical High School Team has provided the start for many top Japanese rugby players. 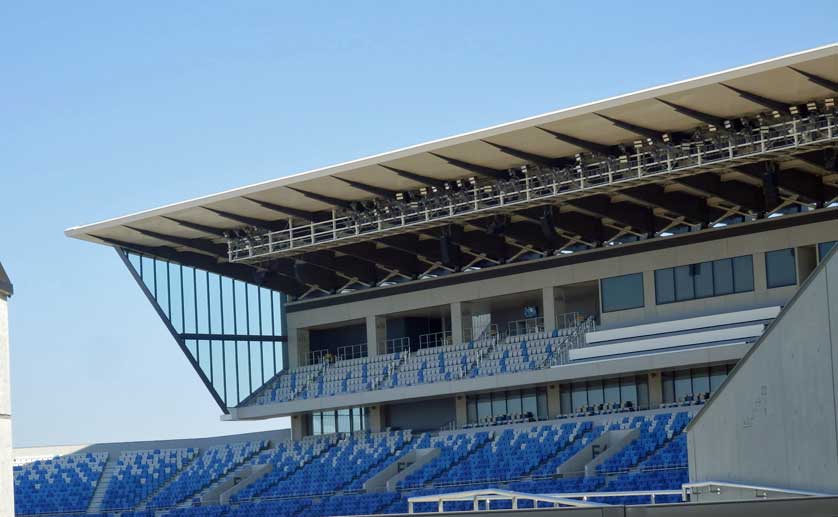 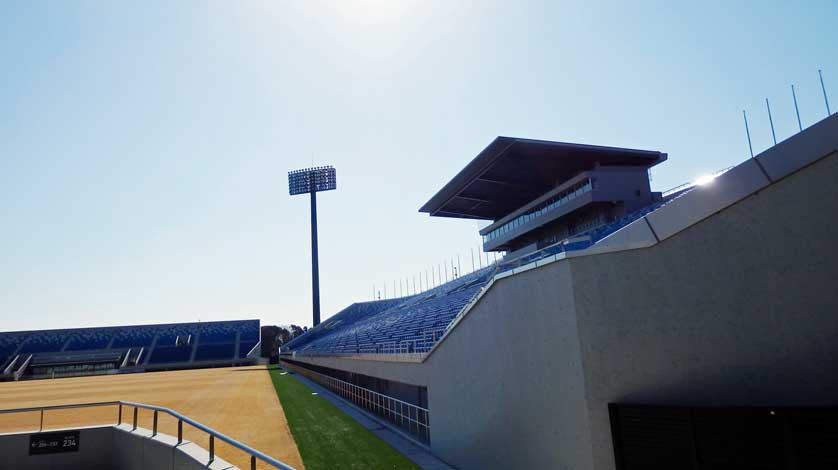 Inclusion in the 2019 Rugby World Cup

In 2009 when Japan received confirmation that it was to host the 2019 Rugby World Cup, the Kumagaya Rugby Stadium was not on the original list of venues. It was considered too small and somewhat outdated.

Local sports enthusiasts felt very strongly about the issue, though, and pointed out the long history of rugby in Kumagaya and the strong feelings of the populace about the sport.

They started a campaign collecting signatures for the inclusion of Kumagaya into the World Cup all over Saitama Prefecture.

Within a short span of time, they collected more than 100,000 signatures which convinced the Japanese organization committee of the strong support for the sport in Kumagaya.

The original stadium, constructed in 1991 by the Shimizu Corporation (which also built, for example, the Aqua Line expressway connecting Yokohama with Chiba Prefecture via bridge and tunnel crossing Tokyo Bay) had a capacity of 24,000 spectators, partly sitting, partly standing.

From 2016 to 2018, the stadium was enlarged, the spectator stands were turned into seating only. The stadium can now accommodate 30,000 people to watch the rugby events unfolding on the field.

A number of Japan Top League matches have already taken place in the modernized and enlarged stadium in autumn 2018. Press reports indicate that the visiting public has been impressed with the refurbished stadium. 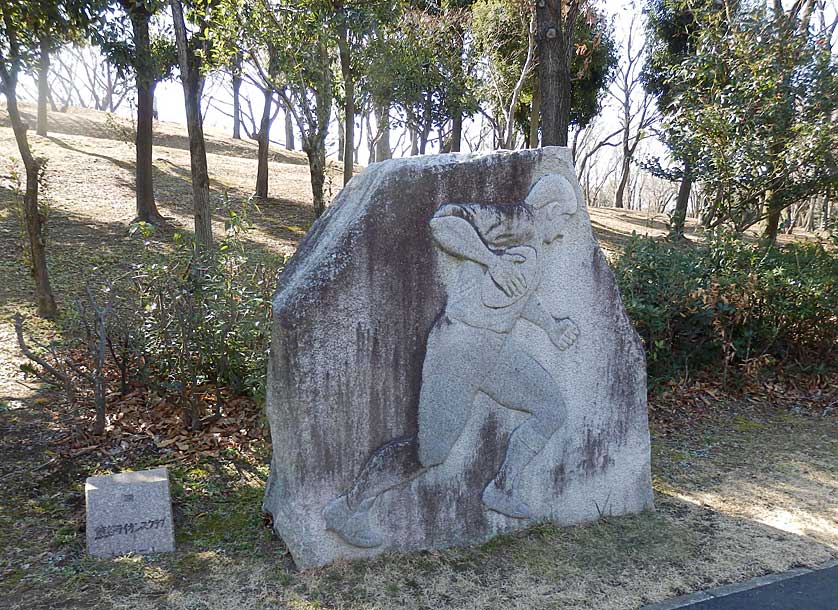 In preparation for the 2019 Rugby World Cup, the road leading from the North Exit of Kumagaya Station to the Kumagaya Sports & Culture Park was renamed "Rugby Road."

Businesses along the wide, straight road are encouraged to promote the World Cup by offering rest areas and information for visitors and generally turning the road into a rugby celebrating avenue.

The distance between Kumagaya Station and the Rugby Stadium is 3.5 km, almost an hour's walk. It would be easy to travel the way by bus but walking the road gives you a good feeling of the city the tournament is held in.

Rugby Road is a suburban road lined with Japanese and international chain restaurants of all kinds, ranging from coffee houses to conveyor belt style sushi to hamburger joints. English language menus are already standard at most of these businesses.

At a visit in February 2019, one shop, the Yawaraka sweets shop, had already its World Cup decoration out front, announcing that their Yawaraka White Chocolate has been approved as "Rugby World Cup 2019 Official Collection."

Expect many more such announcements as well as special discounts / promotional events at the time when the World Cup matches are held.

Kumagaya City is clearly thrilled about the event and very proud to host it. 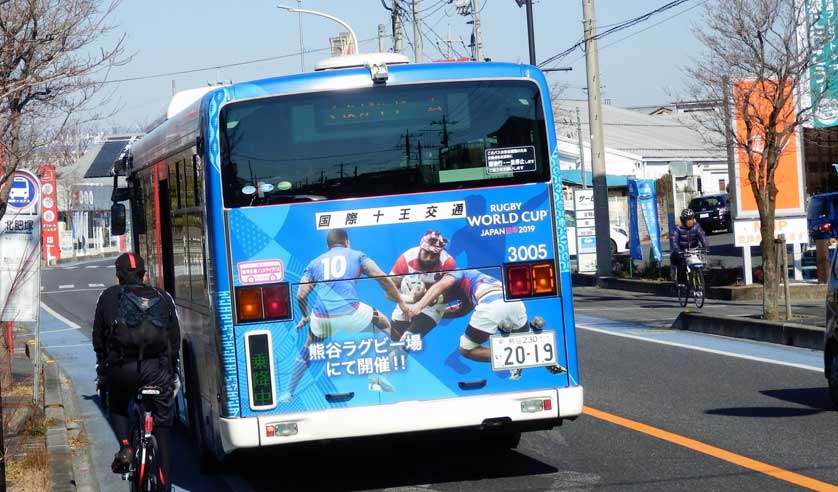 The stadium hosts the following games during the World Cup.

The bus ride is 210 yen one way. PASMO / SUICA cards are accepted. Bus stop announcements are in English.

In Japanese at the time of writing. Detailed access information is provided in English. 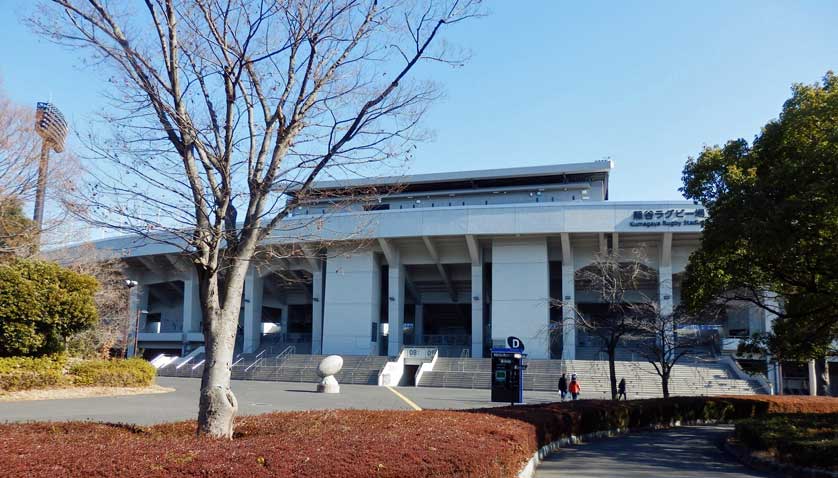