The Fukushima Waraji Festival in Fukushima city takes place on the first weekend in August and features parades and dances on the theme of straw sandals. 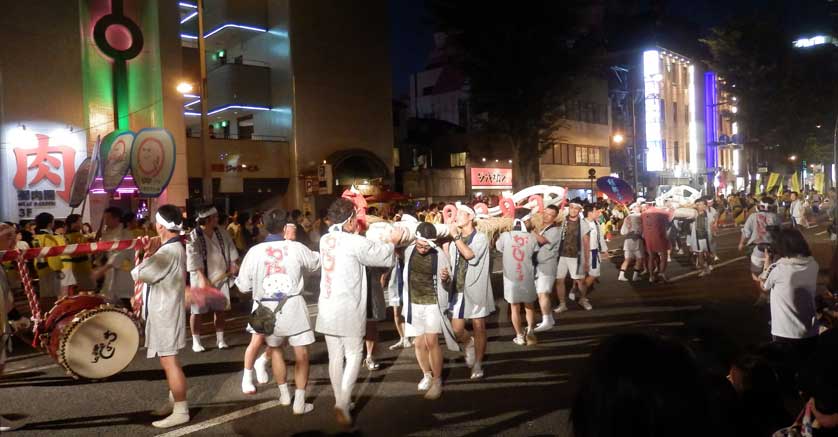 The Fukushima Waraji Festival in central Fukushima city, held annually on the first weekend of August, is the largest festival in Fukushima Prefecture.

The Waraji is a boisterous summer festival for the people of the city and their guests. Even though it is held right in the obon season, it has no relation to obon with its commemorating of the dead.

I visited the festival in August 2019 as part of a press tour covering various sports venues in Fukushima Prefecture including J-Village and Azuma Baseball Stadium.

The Tokyo Metropolitan Government financed the trip with the aim to show to the public in the run-up to the Tokyo Olympic Games that the sports facilities in Fukushima are safe to visit and that the recovery work after the triple disaster of March 11th 2011 has made much progress. I go into more detail on all that in my text on J-Village, Japan's national soccer training ground.

Let's just say here that we were on a tight schedule. When we arrived, the evening festivities of the Waraji Festival were already in full swing. The members of the press group quickly dispersed and disappeared into the festival crowd. 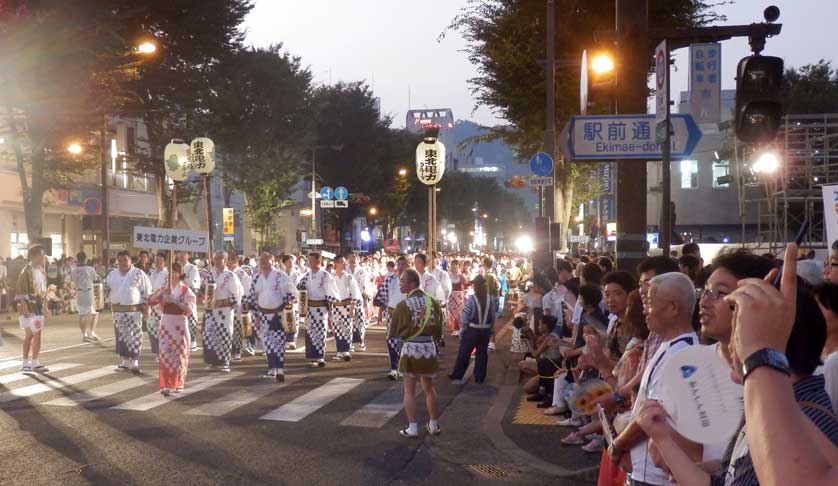 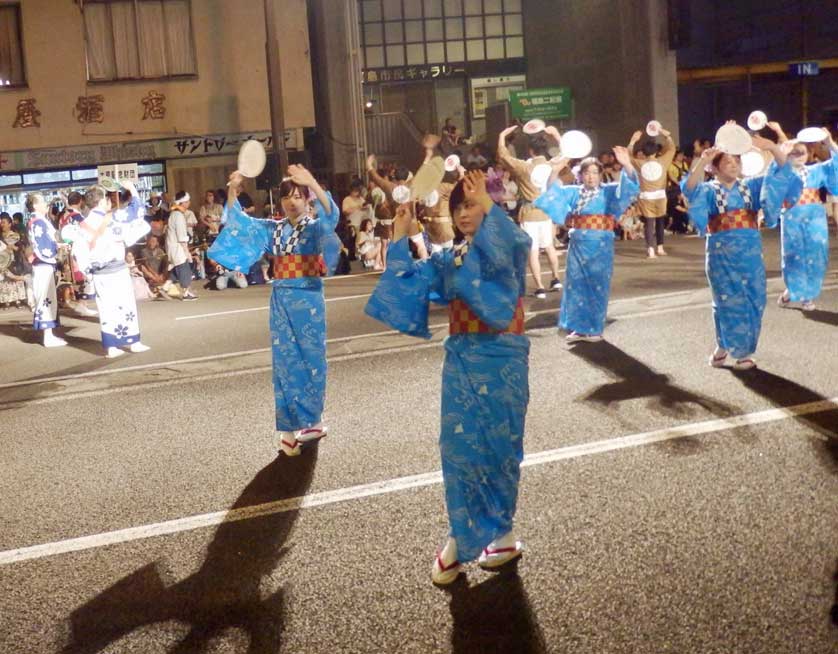 Women dancing at the Waraji Festival in Fukushima city

Waraji are traditional Japanese rice straw sandals. While in the Edo Period geta wooden sandals were worn in the cities and towns, people traveling long distances on foot wore waraji.

A 12 meter long straw waraji being carried through the festival strip along Shinobu Dori Street by young men is the main attraction of the festival.

Smaller, lighter waraji are carried by groups of youth. They tend to be more playful, letting the audience along the strip grab the waraji, they bend down so small children could also touch the waraji. 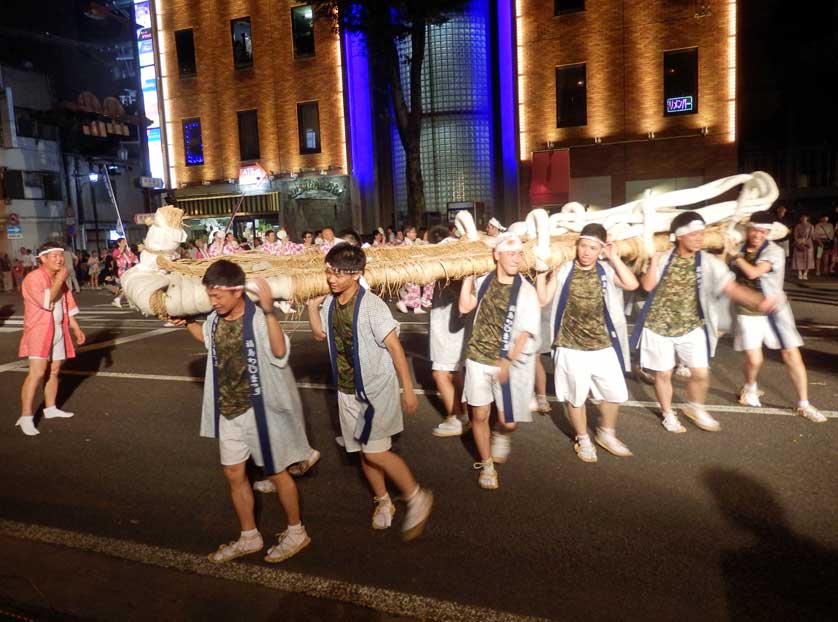 Boys fooling around with a waraji sandal, Waraji Festival, Fukushima 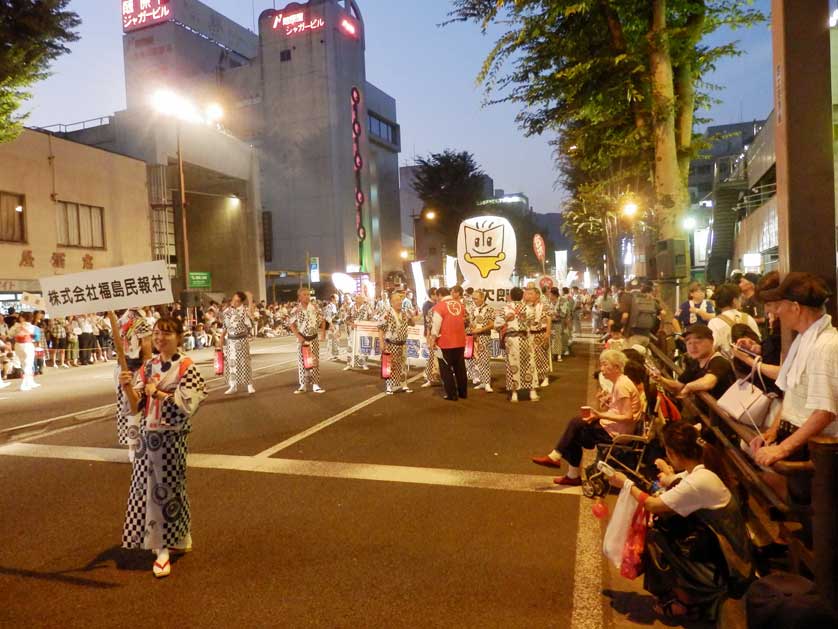 Parade at the Waraji Festival, Fukushima

Shinobu Dori Street, leading from central Fukushima to Mount Shinobu (275 meters), consisting of three inner city hills, is the main venue of the festival. Or rather, a section of the street downtown, close to JR Fukushima Station.

Besides the waraji, people in traditional festival dress parade the street. They are often grouped by the school they attend or by their workplace. The employees of local banks form a large part of the festival, carrying with them huge plastic mascots of their respective institutions.

Later at night, the street erupts in dances, some of them being festival-designed waraji odori dances, others following Japanese pop tunes.

At least, that is what I witnessed on the evening of August 2nd 2019. The very next day, the festival was to undergo a radical change. 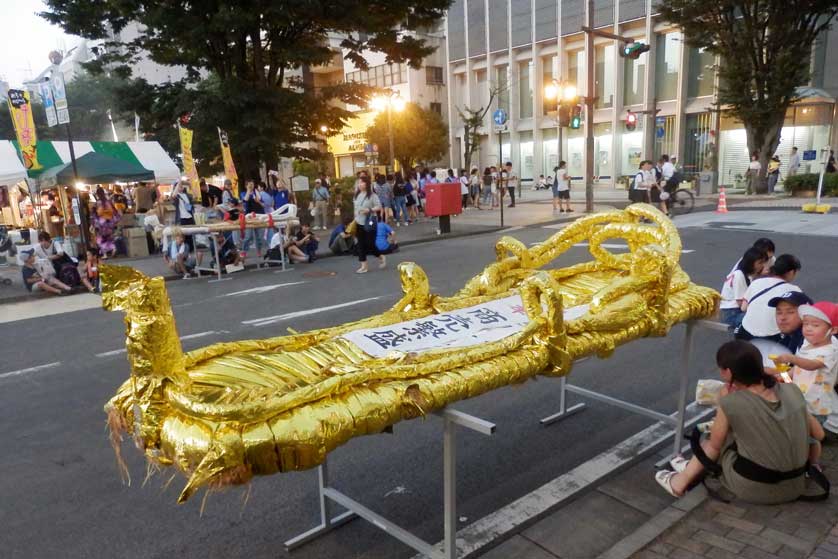 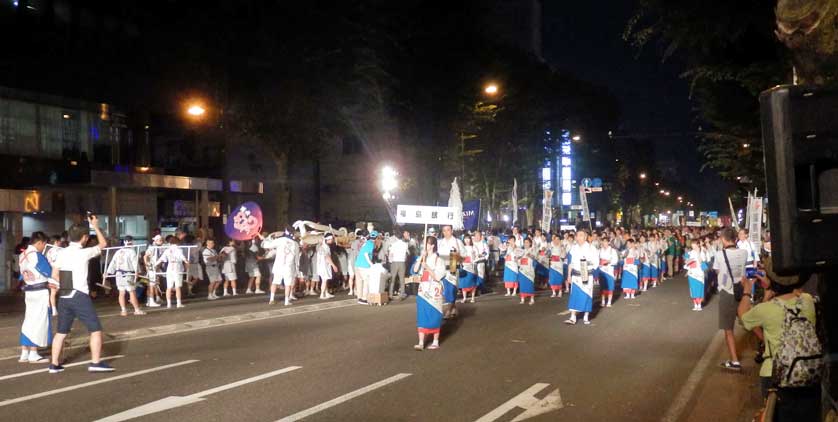 Parade at the Waraji Festival, Fukushima

The funny thing about the Waraji Festival is that it does not have a deeply ingrained local history.

In 1970, at a time of general prosperity, the citizens of Fukushima city felt that their city, too, needed a great summer festival, common to so many other Japanese cities.

The people at city hall scratched their heads and came up with a solution: yes, let's have a summer festival and let's draw on the tradition of the ancient Akatsuki-mairi (Mt. Shinobu Dawn Procession) at Haguro Shrine for inspiration.

At Haguro Shrine, located on Mount Haguro (260 meters), the central mountain of the three peaks of Mount Shinobu, an oversized waraji sandal supposedly worn by a long vanished Nio (a usually fierce guardian statue manning a shrine's Niomon gate), was a major site of worship.

At Haguro Shrine, in February the Akatsuki-mairi (Mt. Shinobu Dawn Procession) has been celebrated since early Edo times to pray for healthy legs and thus the ability to travel on foot.

City Hall took a page from the Akatsuki-mairi and made it the base of their own celebrations.

At their new summer festival, parades of waraji sandals, including a 12 meter long waraji (for the rest of the year stored at Haguro Shrine) were the centerpiece of the festivities, supplemented by parades of civic organizations and corporate businesses.

Over the years, dances were created for the festival and it soon became a fixture of Fukushima summers.

In the aftermath of the March 11th 2011 earthquake / tsunami/ nuclear reactor explosions, people in Fukushima celebrated the festival as a symbol of the resilience of the Tohoku region.

And yet, at the same time, the notion that the festival needed more zest, more of an edge, became prevalent. 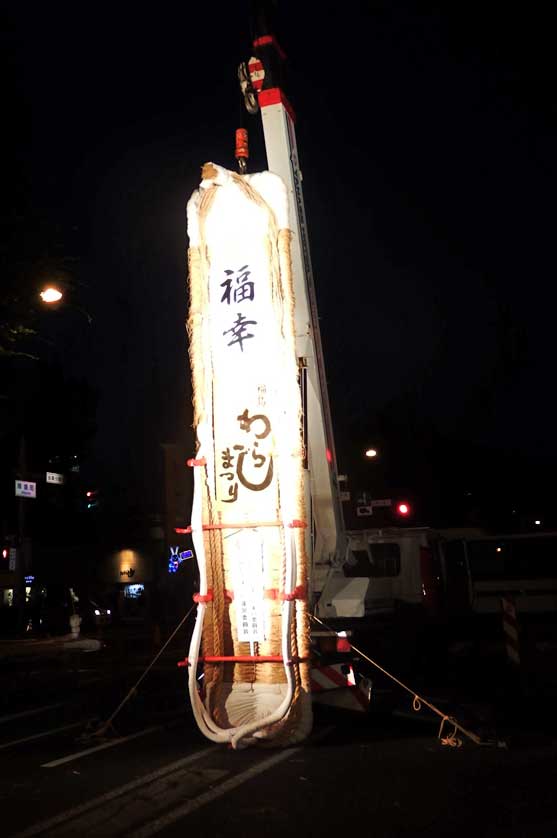 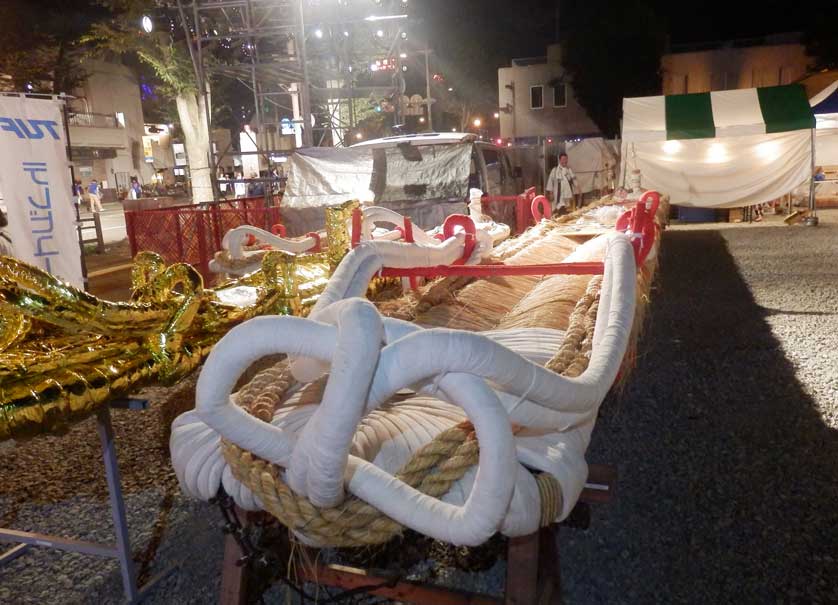 Thus, the festival organizers took the amazing step of turning to Otomo Yoshihide for a new concept for the festival.

Otomo Yoshihide, born in 1959 in Yokohama, had grown up in Fukushima City and had gone on to become one of Japan's most eminent musicians in the fields of free jazz, improvisational music and noise.

In the 1990's, Otomo, a multi-instrumentalist, played the underground clubs of New York and various European jazz festivals.

Otomo played and recorded with Yamanaka Eye, the leading force behind legendary Osaka noise outlet the Boredoms. Otomo's own band at the time was Ground Zero. See them here live in Tokyo in 1995.

Otomo hesitated at first to change the tune of a popular festival but then got fully behind the task. He created new dances, new music and new celebrations for the festival, starting in August 2019.

My own visit to the festival was limited to the very last night of the old Waraji Festival, labeled the "last night of Heisei Waraji" - referring to the imperial Heisei Era which ended in spring 2019. The very next day, Otomo Yoshihide would take over with the New Waraji Festival.

Being on a tight tour, I had to take the tour bus to travel elsewhere early the next morning.

I would have loved to stay for another night to experience Otomo Yoshide's new festival design. There will be another time.

The Waraji festival is held along a section of Shinobu Dori Street, a short walk from JR Fukushima Station.

Fukushima can be reached in just over 90 minutes on the Tohoku shinkansen from Tokyo Station or Ueno Station. 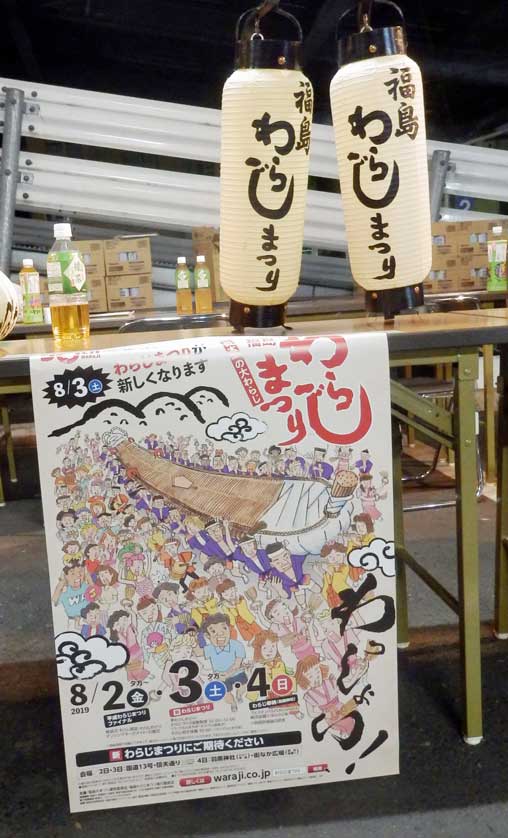