Ryozenji Temple in Naruto near Tokushima is temple number 1 on the Shikoku Pilgrimage.

Located in Naruto, not too far from Tokushima city, Ryozenji has the distinction of being temple number 1 on the Shikoku Pilgrimage, the very popular circular pilgrimage route that visits 88 temples connected to the famous saint-monk Kobo Daishi scattered across the island of Shikoku. 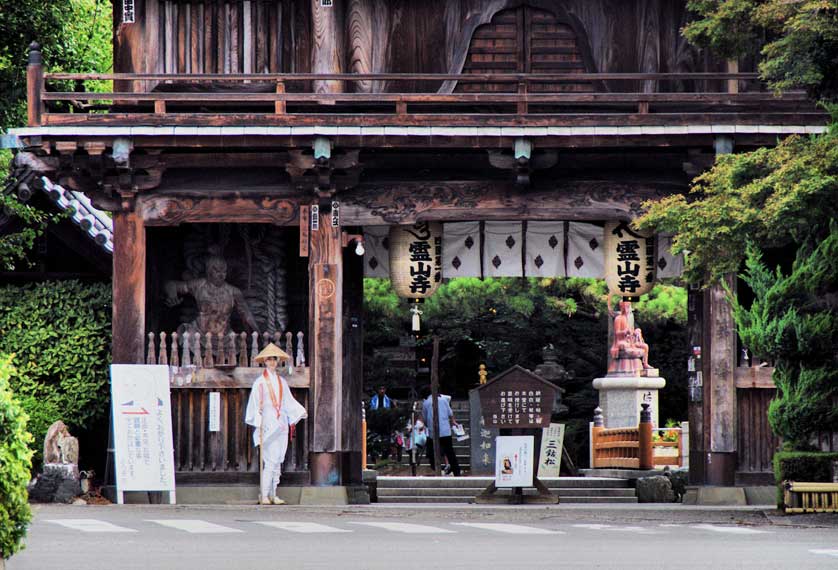 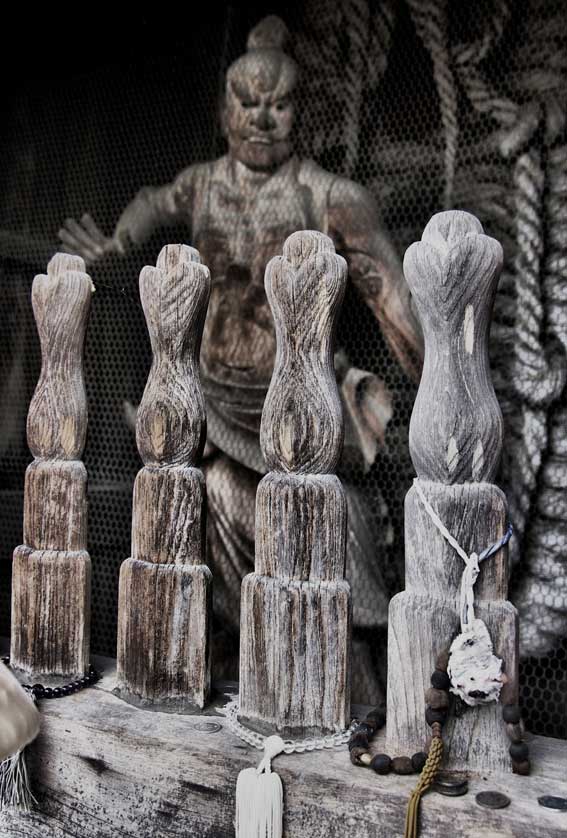 One of the guardian Nio at Ryozenji Temple, Naruto, Tokushima, Shikoku

When the pilgrimage grew in popularity in the 17th century most pilgrims would have started from Koyasan, the famous mountain temple complex south of Osaka that is the headquarters of Shingon Buddhism founded by Kobo Daishi.

Naruto was the port that provided the closest access to Shikoku from Koyasan, and so it became known as the starting point. Nowadays most pilgrims set out from here on the 1,200 kilometer journey, but it is also popular for those just wanting to walk for one day and get a taste of the pilgrimage as four or five more of the temples as well as numerous shrines can all be visited in a one day walk from here.

The temple has a big shop selling everything a prospective pilgrim will need, including maps and guidebooks, the white henro clothing, hats, staffs, candles, incense, etc.

There is a constant bustle of white-clad pilgrims coming and going every day throughout the year, also before university exams many students visit as the temple has a reputation for academic success.

Ryozenji's legend has it being founded by the legendary monk Gyoki in the early 8th century. About 30 of the 88 temples claim him as their founder, but there is no actual historical evidence he ever came to Shikoku.

In the early 9th century Kobo Daishi visited here and had a vision of the historical Buddha Sakyamuni, (Shaka Nyorai in Japanese) preaching on Vulture Peak in India and so he carved a statue of Shaka and gave the temple its name, which means Vulture Peak Temple.

Like most temples in Japan, Ryozenji has burnt down on numerous occasions, most lately at the end of the 19th century, and most notoriously by the warlord Chosakabe Motochika who burned down many, many temples on Shikoku in the 16th century. The current structures at Ryozenji date from 1964. 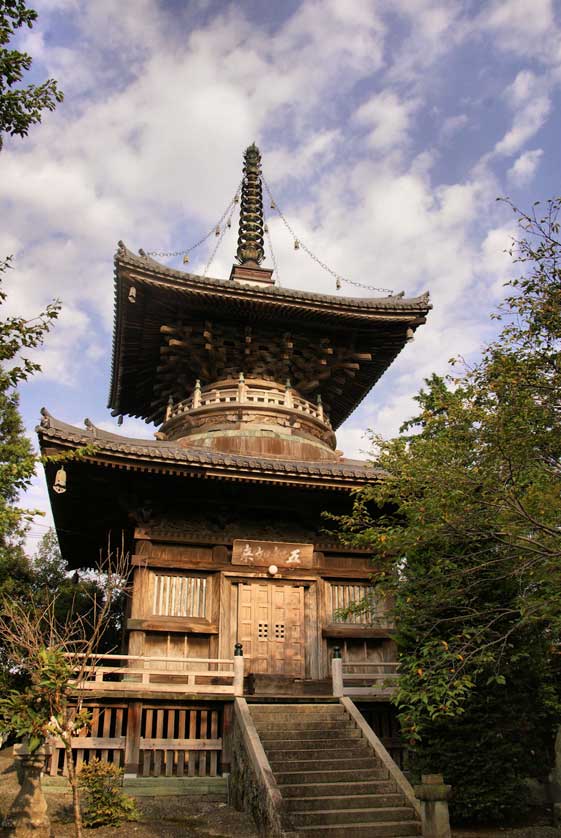 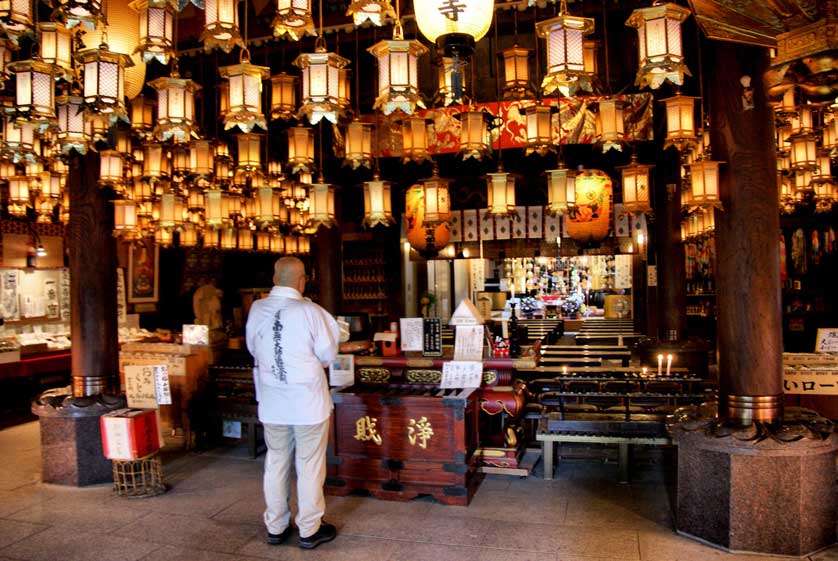 A pilgrim praying inside the main hall of Ryozenji Temple, Shikoku

Ryozenji Temple is fronted by a massive Niomon, or Deva gate, with a fine pair of wooden Nio guardians. The grounds of the shrine are quite pleasant and there is a large koi (carp) pond and a landscaped area with small artificial waterfall.

There is a two storey pagoda and various statues scattered around, however the main attraction of the temple must be the comings and goings of the pilgrims either just starting, or in some cases returning to give thanks for having successfully completed the Shikoku pilgrimage. 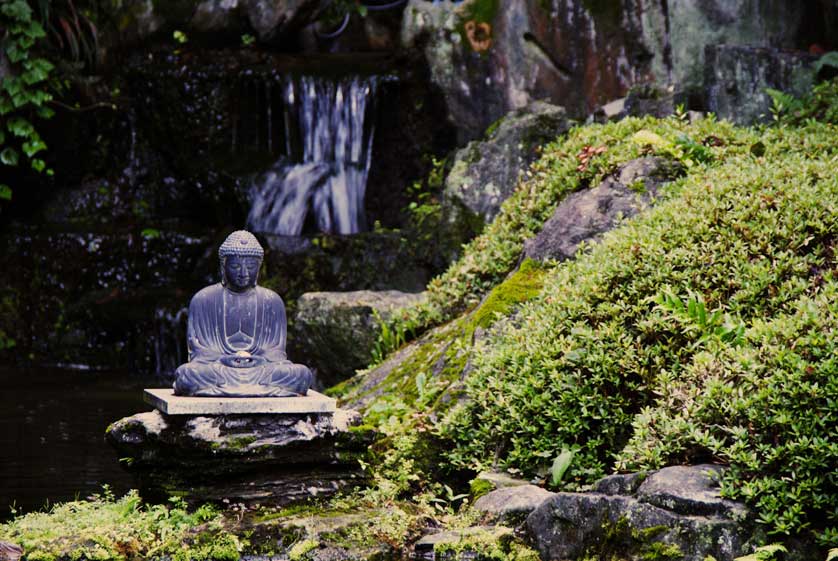 In the grounds of Ryozenji Temple, Naruto, Tokushima, Shikoku

Ryozenji is accessible by local bus from either Naruto or Tokushima, the temple is a ten minute walk from Bando Station on the JR Kotoku Line, direct from Tokushima or with one change from Naruto. Ryozenji can be combined with a visit to the nearby Oasahiko Shrine.