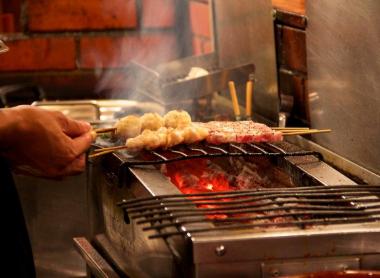 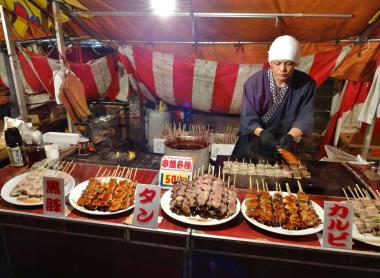 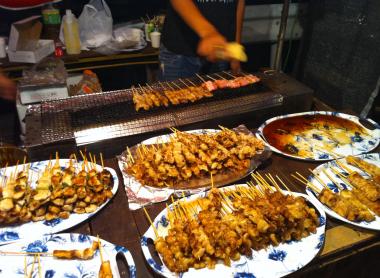 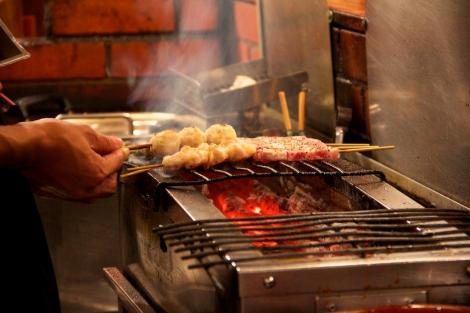 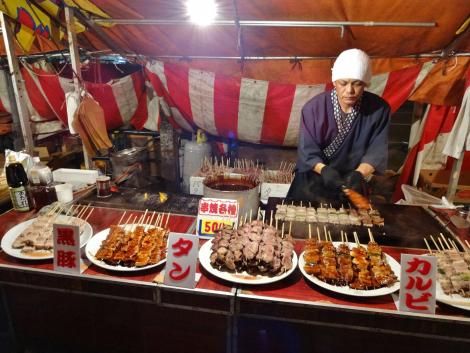 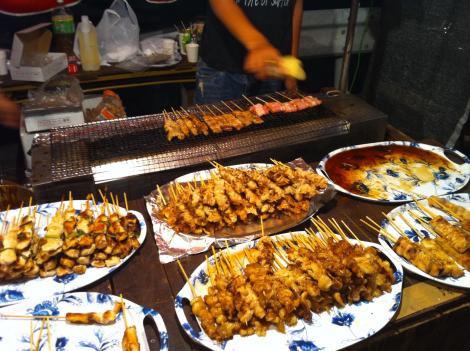 Yakitori, grilled meat skewers, are one of the most popular dishes in Japan, as well as abroad. Subject to many re-interpretations depending on the region, it is a relatively recent mainstay of Japanese cuisine.

The first known appearance of the word "yakitori", literally "grilled bird" in Japanese, dates from the Edo era (1603-1868): it is found in a menu for the lord of Komoro Castle, near Nagano. However, this period was marked by many dietary restrictions, restrictions that mainly concerned meat. In fact, Buddhist ideology advocates a vegetarian diet, and those who didn't stick to it were frowned upon. Eating beef or pork was strictly forbidden, although chicken was tolerated. But the smell of grilled meat was thought to be disgusting, limiting the popularity of yakitori at the time.

All this changed in the Meiji era (1868-1912) when meat in the diet became more acceptable. Chickens, cows and pigs were reared in greater numbers, although the price still remained too high for most of the population, and the smell of grilling meat was still considered unpleasant by many. Street stands, or yatai, began popping up, with some vendors selling the parts of the chicken not used by luxury restaurants, in other words offal, and making skewers, as touching meat with your hands was another no-no. For grilling, they used binchotan coal - it's strong smell had the double advantage of masking the meat smell and giving it a pleasant smoky taste. The skewers were also covered with a sweet and savory sauce (made of soy sauce, mirin, sake and sugar), and the yakitori skewer was born! From then on, it's popularity didn't stop growing.

The popularity of yakitori exploded in the 1950s, with the dawn of industrial breeding. While beef and pork skewers became more available, traditional chicken yakitori remained the bestseller, particularly among Japanese office workers. Booths set up shop near train stations, and yakitori became the main snack for workers who ate their meat skewers at the end of a busy day, accompanied by beer and cigarette smoke. Even today, yakitori stands line the streets of any city in Japan. They are particularly present during matsuri or carnivals. The price of yakitori remains affordable, about 60 yen (50¢) per skewer, which contributes to its popularity.

The yakitori meat skewer is one of the most popular dishes in the country, but that doesn't prevent some luxury restaurants from making it their specialty, and earning a star in the prestigious Michelin Guide. The success of yakitori has gone far beyond the borders of Japan and experienced various international adaptations: why not enjoy sampling the various regional specialties?