Nishitetsu buses run in Fukuoka, Kitakyushu, Kokura and Dazaifu and also connect these towns and cities. 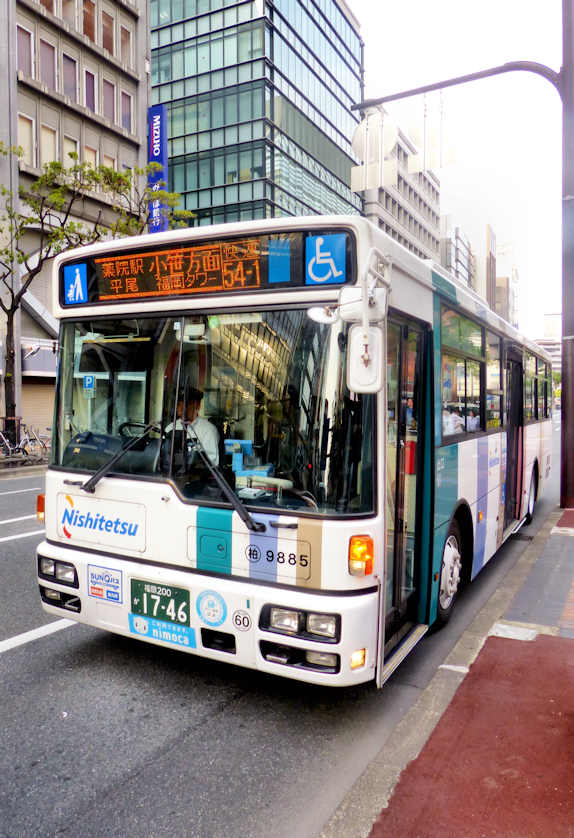 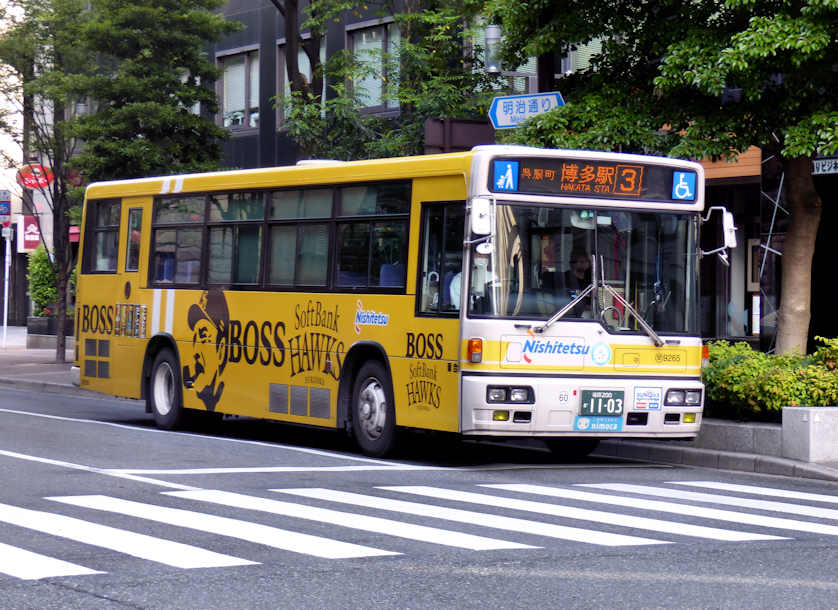 Nishitetsu buses run to Fukuoka Airport from both Hakata Station and Tenjin Station.

Hakata Bus Terminal is at the West Exit of Hakata Station. #A buses run from bus stop 11 to Fukuoka Airport in about 20 minutes. The present fare is 260 yen.

From the south of Tenjin Station from bus stop 7A outside the Tenjin Core shopping mall, #A buses run to Fukuoka Airport in about 30 minutes (310 yen). 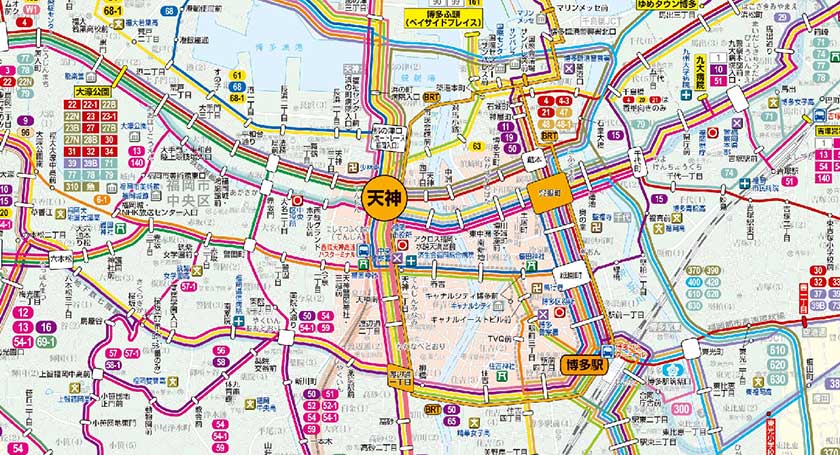 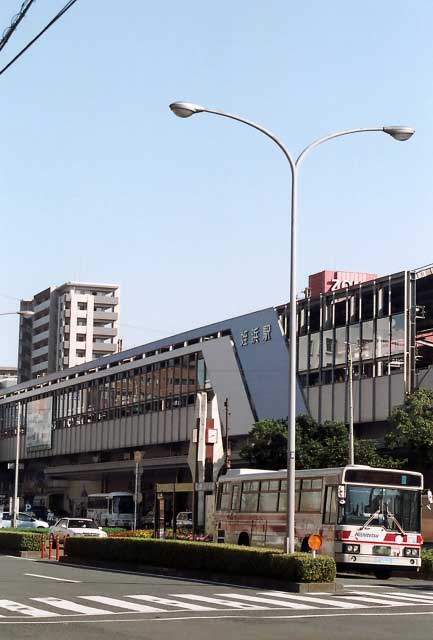 There are several light night buses leaving Hakata Station and Tenjin Station around 12.30am for various outlying suburbs.

Hourly Nishitetsu buses run to the Kyushu National Museum in Dazaifu. The first bus is at 6.49am with the last bus at 8.34pm.

Buses from Hakata Station to Spaceworld require a change in Mihagino. 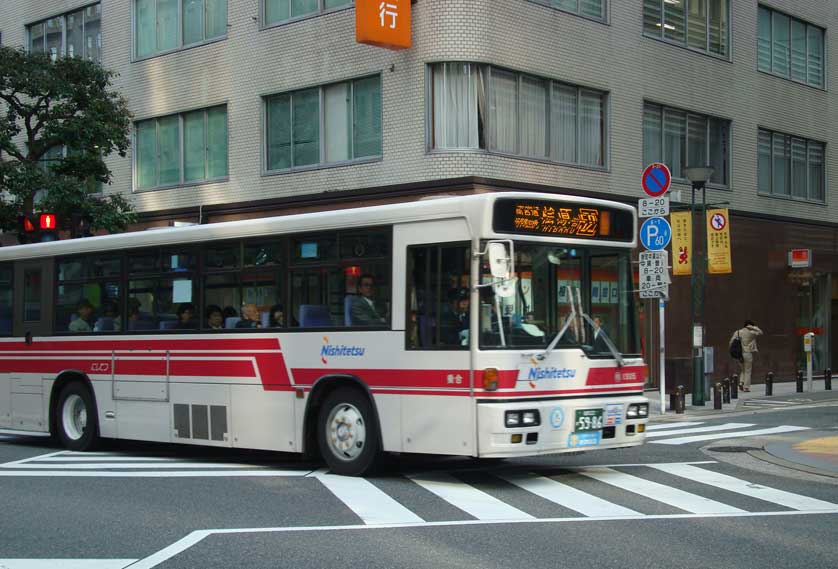 The cheapest standard fare on Nishitetsu buses in Fukuoka city is 100 yen, which is the price between Tenjin and Hakata Station. 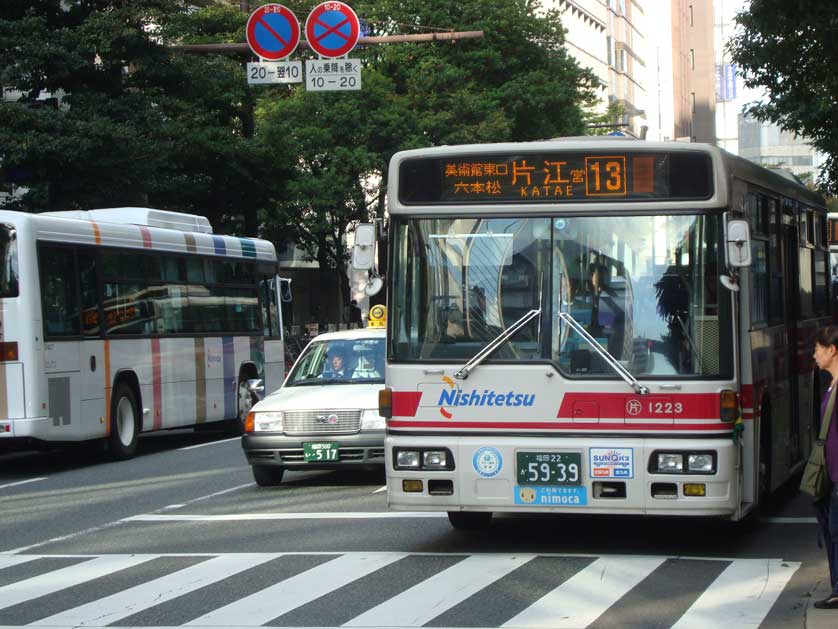 Enter the bus from the rear door and pay the driver in cash or touch your IC card on the card reader next to the driver at the front. If you are paying in cash pick up a boarding ticket on entry from the orange box.

The name of the next stop and the fares are displayed on a monitor at the front of the bus. Press the bell before you get off at your desired stop. There is a change machine next to the driver for 1000 yen notes and 500 yen, 100 yen and 50 yen coins. 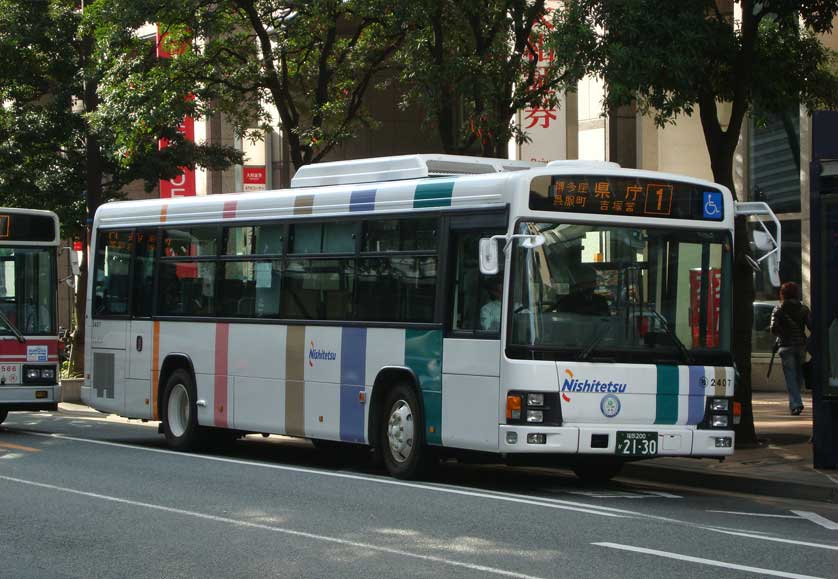