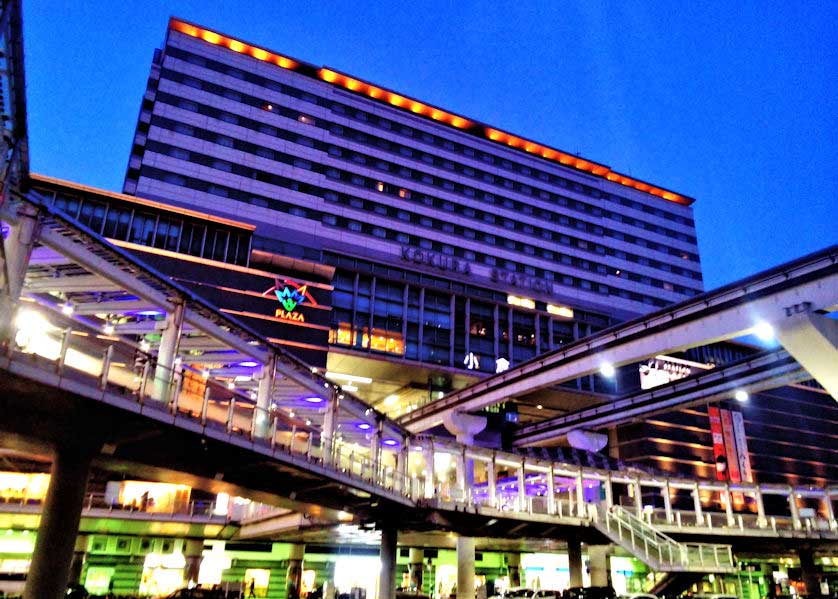 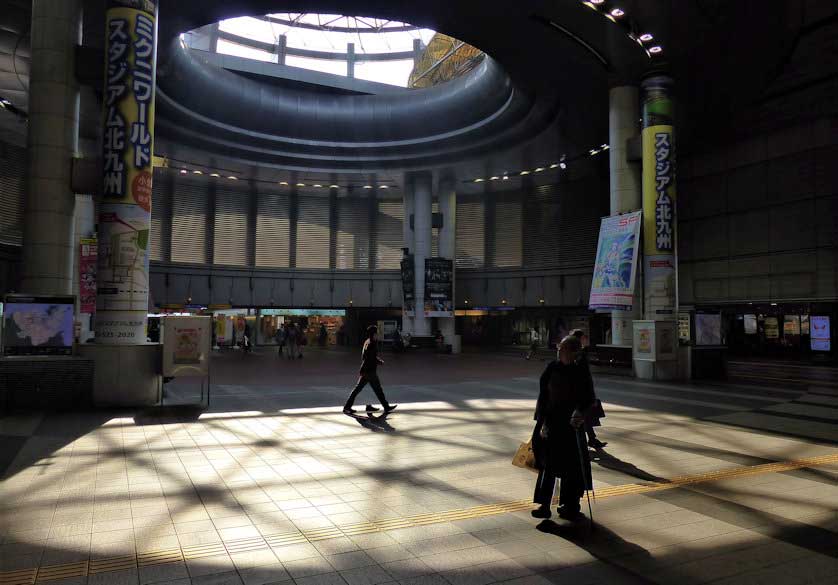 The main concourse of Kokura Station

Kokura Station in Kokura, the second largest station in all of Kyushu, is the main transportation hub for Kitakyushu in Fukuoka Prefecture, northern Kyushu.

The Sanyo section of the Shinkansen network ends here and the Kyushu section begins.

By Shinkansen, Hiroshima Station in Hiroshima is only 47 minutes away, Osaka two and a half hours, and Tokyo less than 5 hours.

Heading south, the Kyushu Shinkansen reaches Hakata Station in Fukuoka in only 15 minutes, Kumamoto in an hour, and Kagoshima-cho Station in Kagoshima, the terminus, in one hour and 45 minutes.

From Shin-Tosu Station transfers take you to Saga in an hour and Nagasaki Station in Nagasaki in less than two and a half hours. 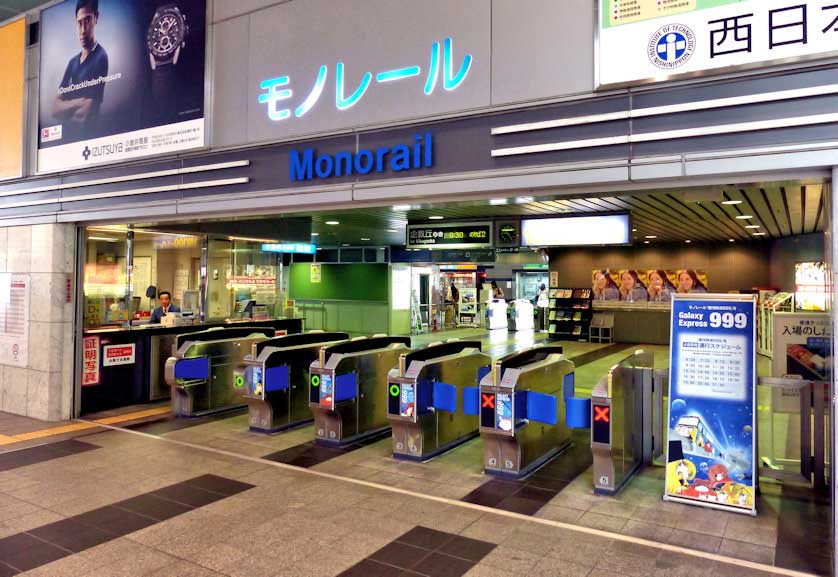 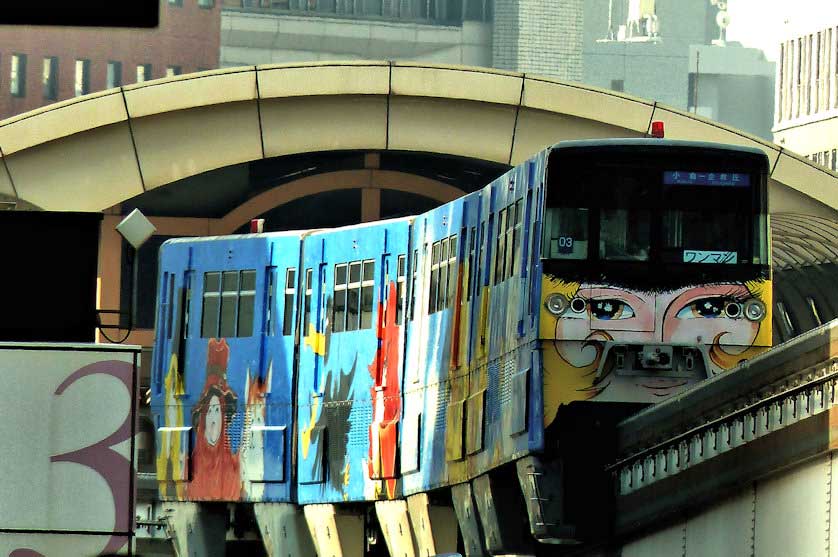 The Nippo Line runs from Kokura down the east coast of Kyushu to Miyazaki, reaching the castle town of Nakatsu in 30 minutes, Beppu in 90 minutes, Oita Station in 98 minutes, and Miyazaki in four and a half hours.

All these times are by using the Sonic or Nichirin Limited Express trains. It is faster to reach Miyazaki by taking the shinkansen to Kagoshima.

The Kagoshima Line begins 10 kilometers northeast of Kokura at Mojiko Station, right across the channel from Shimonoseki in Yamaguchi Prefecture. From Kokura it runs at times close to the Shinkansen Line though obviously times are much slower.

The Hitahikosan Line runs pretty much directly south until Hita, passing by the sacred mountain of Mount Hiko. The times to Hita is between 2 and half and three hours, but slightly faster to take the Shinkansen to Kurume and transfer to the Kyudai Line.

The Sanyo Line terminates at Kokura and is basically a shuttle service between Shimonoseki on Honshu and Kokura on Kyushu, taking just 15 minutes. 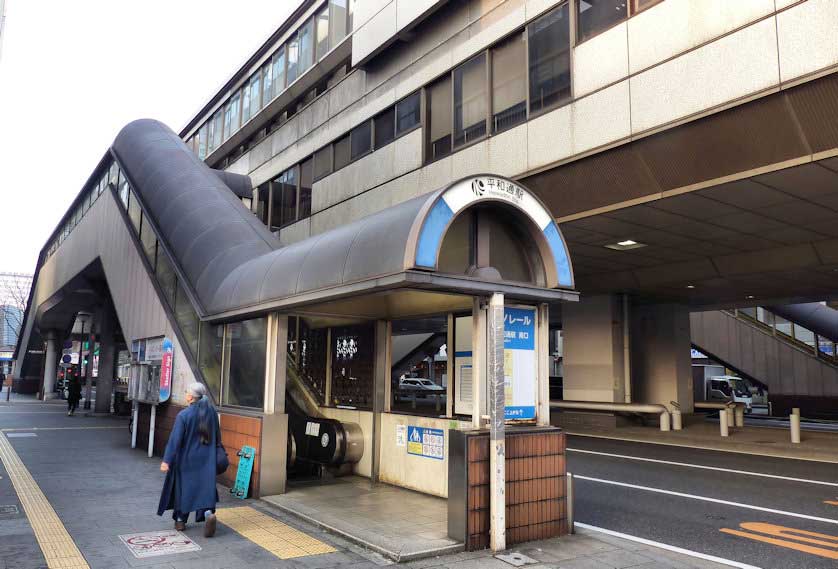 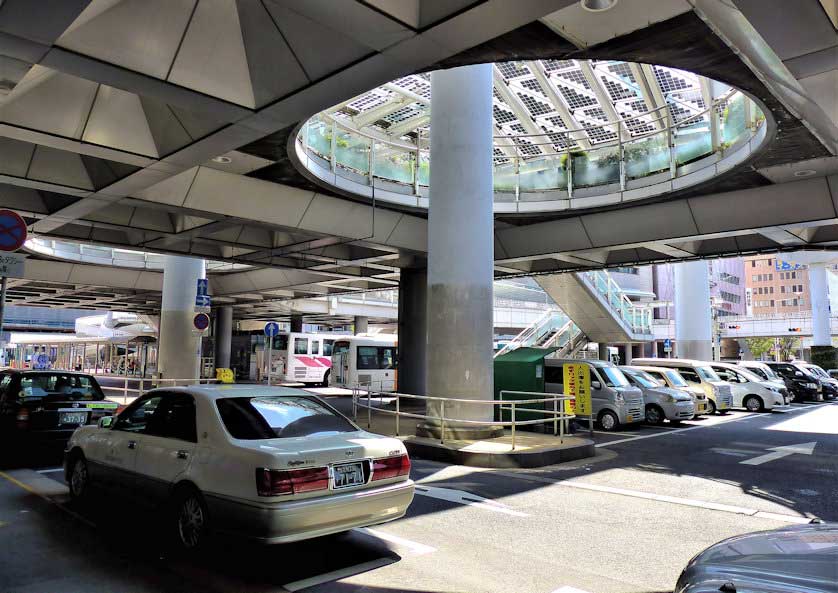 Kokura Station is the northern terminus of the Kitakyushu Monorail Kokura Line. Opened in 1985 and now consisting of 13 stations along its 8.8 kilometer route.

Originally it ended at what is now Heiwadori Station just 300 meters south of Kokura Station but was extended to Kokura Station in 1998. It is primarily used by commuters but can be useful for visitors. 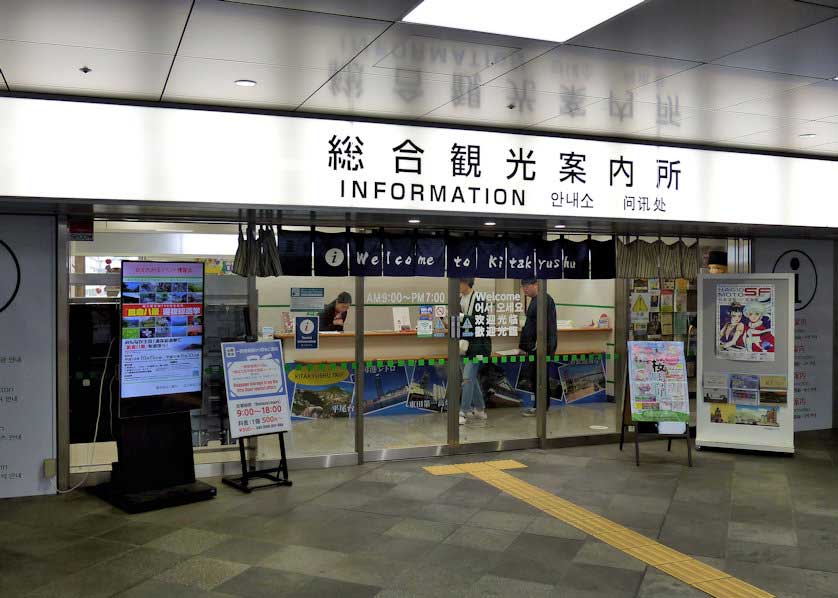 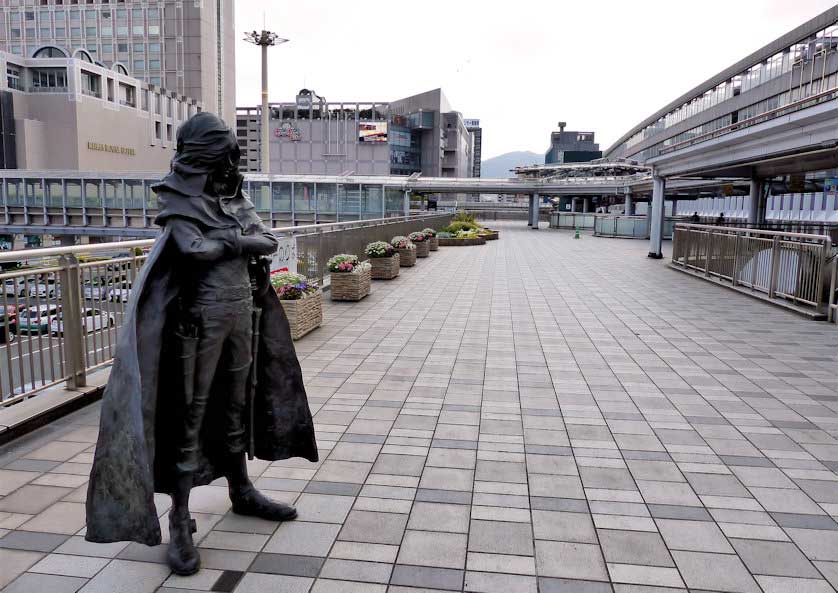 Like most major train stations in Japan, Kokura Station is a massive complex with all kinds of shopping, dining and entertainment services as well as several hotels close by.

Also here are the ferry terminal for ferries to Matsuyama on Shikoku and Aru Aru City, a shopping mall geared towards manga and anime fans, and several major hotels. 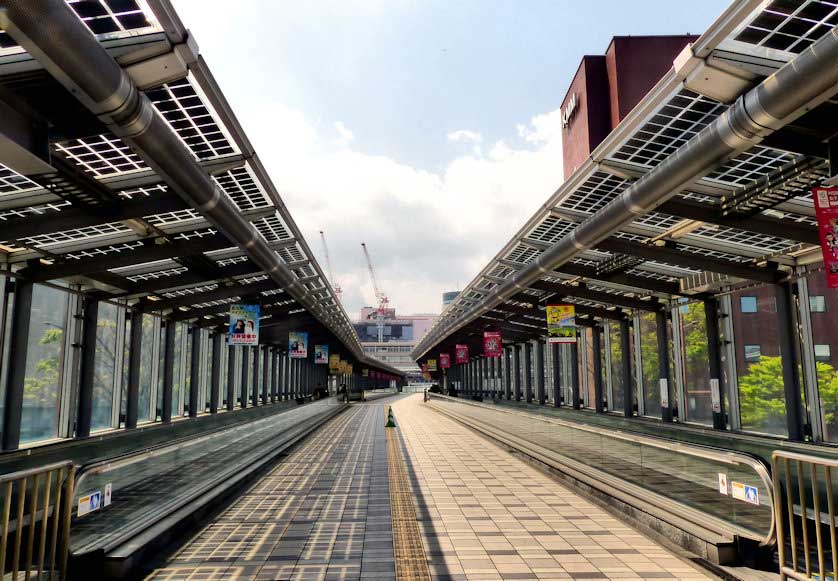 There are a number of excellent hotels near Kokura Station. These include the three star Station Hotel Kokura and the Super Hotel Kokuraeki Minamiguchi at the south exit of the station and also three stars. Other accommodation options are the APA Hotel Kokura Ekimae and the four star Hotel Crown Palais Kokura. The station area also has a number of love hotels that can be booked online below.

Kokura Station: Kokura Station in Kokura, the second largest station in all of Kyushu, is the main transportation hub for the city of Kitakyushu in Fukuoka Prefecture, northern Kyushu. There are shinkansen, JR and monorail connections.