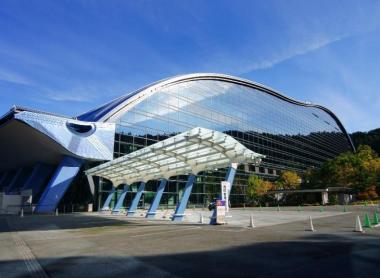 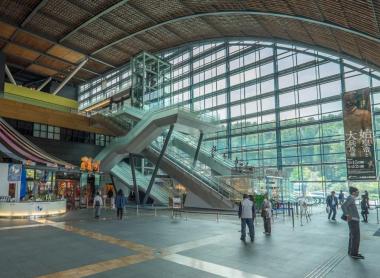 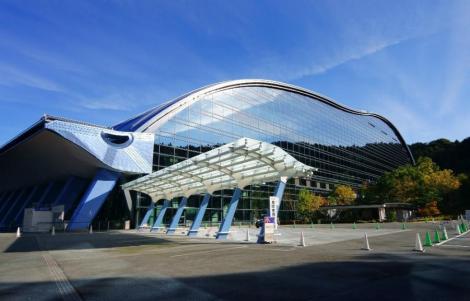 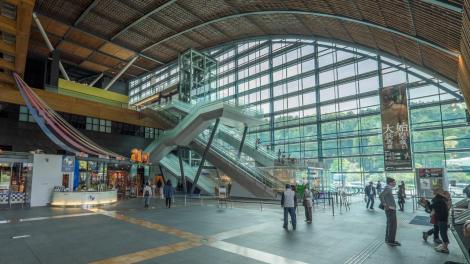 Kyushu National Museum is one of only four national museums in Japan, along with those in Tokyo, Kyoto and Nara. Housed in a modern building, it displays collections focusing on History and Japanese Art.

The Kyushu National Museum opened in 2005, which was an event in itself. It has joined the museums in Tokyo, Kyoto and Nara to become the fourth national museum in the country. The other three museums were built in the nineteenth century so the opening, almost two centuries later, of athismajor museum was an important event. Thus, Kyushu National Museum focuses on Japanese art from the Paleolithic to the Edo period (1603-1868) .

Surprisingly, the museum is not located in Fukuoka, but in Daizafu, a small town located a few kilometers away. The building, with huge windows and shaped like a wave, was designed by the eminent architect Kiyonori Kikutake, who also happens to have designed the Edo-Tokyo Museum. Its large facade reflects the surrounding mountains, into which the building seems to blend. The desire for modernity is evident throughout the building, which is at the forefront of technology. All the screens of the museum are also in very high definition.

The museum also offers all the essential aspects of any great museum: a souvenir shop in the grand hall, a restaurant, a café, an auditorium, and a free space called "Ajippa". This experimental space allows visitors to discover, using the five senses, the cultures of the Asian and European countries which have influenced Japan since ancient times.

The museum is based on the concept of "Understanding the formation of Japanese culture from the point of view of Asian history". Thus, cultural exchanges with other countries were a focus when organizing its collections. The permanent collection is located on the third floor of the building.

The rooms are divided into five major themes:

Brush up on your Japanese History! The rooms are organized clearly and in a very informative way, which makes it easy to take a journey through time, following the history of the Japanese archipelago. All the explanations and signs are provided in English, and English audio guides are also available free of charge.

The Jomon period is presented through cultural exchanges by pottery and stone tools evocative of the Paleolithic and that period. The second part looks at the beginnings of rice growing, and the many objects buried in the tombs of kings. The third part presents the ancient Japanese state, which evolved upon contact with China and the Korean peninsula. The rest of the exhibits explains the regular trade by sea in Asia, with Mongolian influence and the arrival of Zen Buddhist monks. The fifth part (between the sixteenth and nineteenth centuries) covers the period that Japan opened for trade with China and the Netherlands.

Note that the museum has a number of "national treasures", such as a katana from the fourteenth century, and a monochrome ink painting signed by Kano Masanobu, as well as "Important Cultural Properties".

On the second floor of the museum special exhibitions are presented several times a year. These exhibitions are highly anticipated and cover various themes related to the theme of the museum, or on totally different themes. In the spring of 2019, a beautiful exhibition on the Buddhist sculptures of Kyoto's Daiho'onji temple is being held.

In past years, temporary exhibitions have been held on themes a variety of themes, such as the paintings of Lascaux, the Buddhas of Thailand, the terracotta army of the first Chinese emperor, or the masterpieces of other national museums across the globe.

These high quality exhibitions require the purchase of a special ticket, at a higher price, usually around 1,600 yen for adults.

The Zenrin Map Museum in Kitakyushu focuses on historical maps of Japan and explains the history of the company - the largest map-making company in Japan.