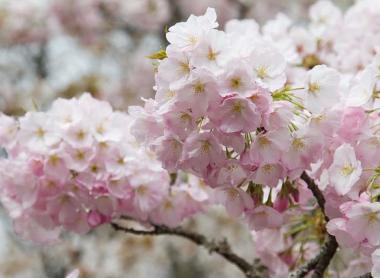 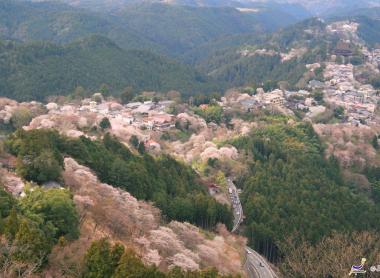 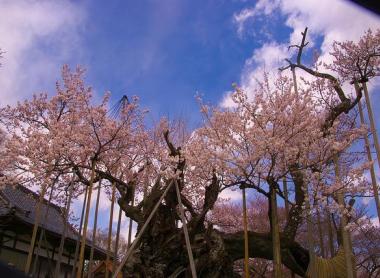 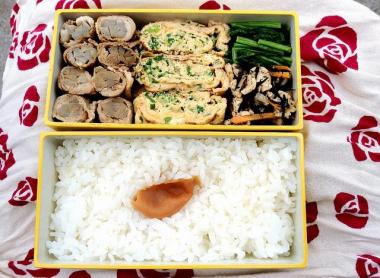 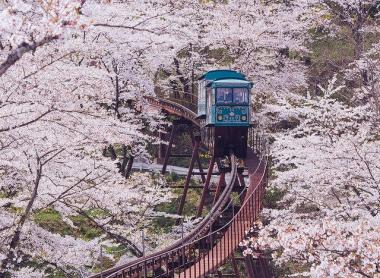 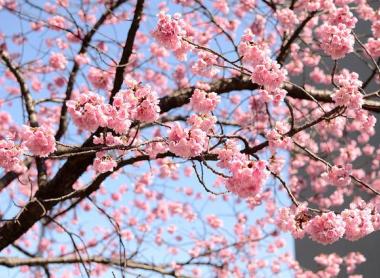 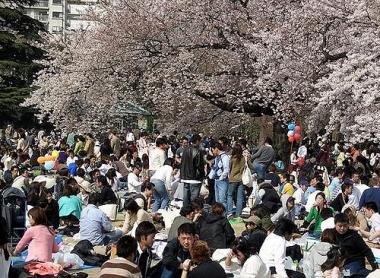 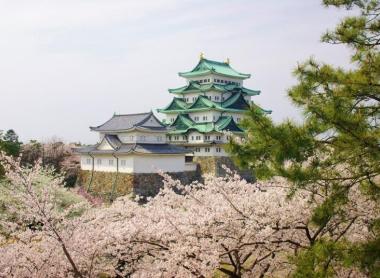 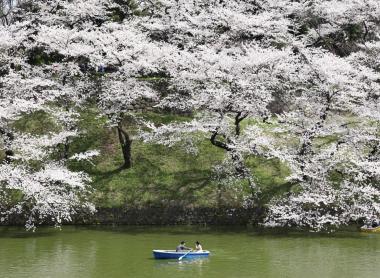 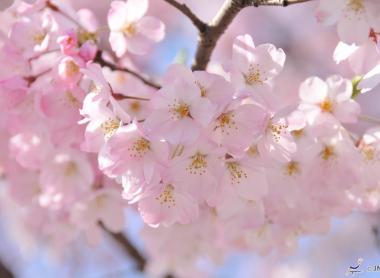 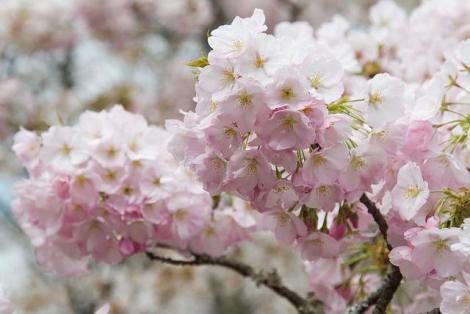 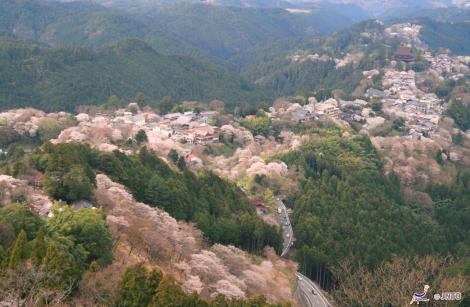 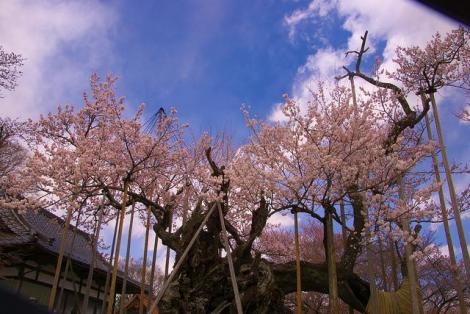 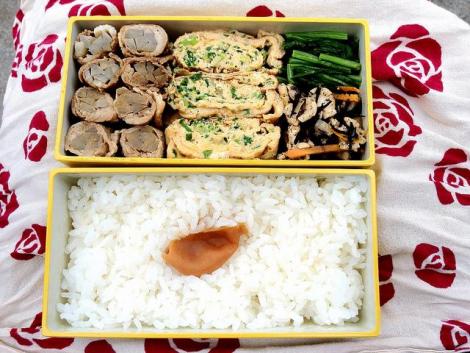 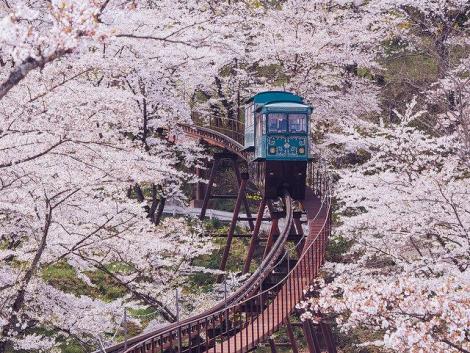 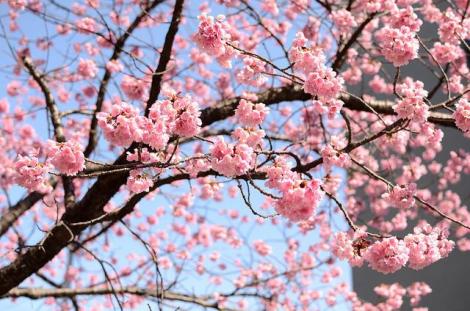 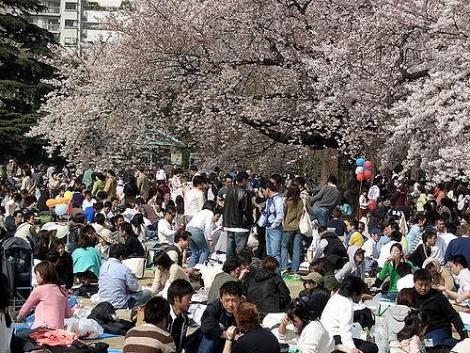 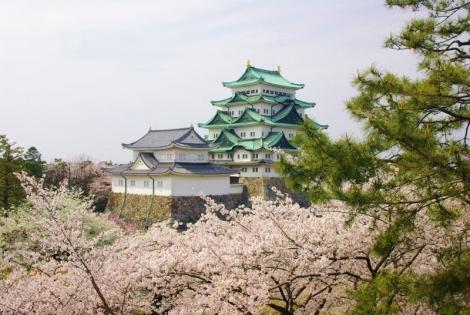 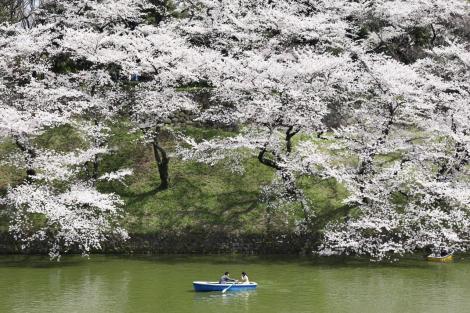 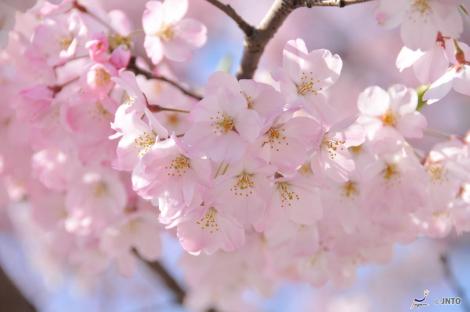 In Yoshinoyama in Nara, cherry trees grow in abundance - no fewer than 30,000 of them! One of the mountainsides was even dubbed "One look, a thousand trees", "Hitome senbon" in Japanese.

The cherry tree forest of Yoshinoyama attracts huge crowds: 20,000 people visit each day to admire the cherry blossom beauty during the sakura season.

The Jindaizakura ("divine generations cherry tree"), can be seen at Jisso temple in Yamanashi prefecture, and is over 2,000 years old! It's the oldest cherry tree in Japan. They say it was planted by the legendary prince Yamato Takeru (72-114) of the Yamato dynasty. It has two cousins: the Miharu Takizaku, over 1,000 years old (in Fukushima Prefecture) and the Usuzumizakura 1,500 years old (in Gifu Prefecture).

In Japan, there are over 600 varieties of cherry tree, divided into 8 large families. The Yoshino cherry (Somei-yoshino) is the most common and most popular of all. Most wild and hybrid cherry trees produce flowers with five petals, but some varieties have flowers with more than 20 petals, such as the kikuzakura cherry, that has 100 petals.

All sakura otaku (fans of cherry blossoms) will tell you that there is a specific number of stages of flowering cherry trees. There are 11 steps, in this order: budding, swelling bud, blooming, flowering 10%, 30%, 50% and 70%, full bloom, decline, petal fall, and late flowering.

There are over 1,000 hanami spots in the country. From parks, gardens, temples and riversides, some also offer yozakura (夜桜, cherry blossom viewing by night) and festivals.

Although there are a thousand hanami spots, not all are on the national list of the 100 most famous places for hanami. Created in 1990 by the Japanese Cherry Blossom Association, the sakura no kai, it lists the most beautiful spots.

2908 yen ($26) is the average amount spent by the Japanese for an excursion under the cherry blossoms! The ideal snack is a homemade bento, accompanied by beer, tea or sake.

The maximum length of hanami for people in Aomori Prefecture is 206 minutes, (3 hours and 26 minutes)! Meanwhile, Okinawans spend just 67 minutes (1 hour and 7 minutes) on hanami.

In the year 812, the first official hanami event was held by Emperor Saga (786-842), in Shinsen-in garden, Kyoto. It was a custom heavily influenced by the Chinese Tang Dynasty (618-907), and was confined to the imperial court and not popularized until later in the Edo period (1603-1868).

The Japanese poetry anthology dating back to 760, the Man'yoshu, the "Collection of Ten Thousand Leaves", is the oldest written record mentioning the sakura hanami in 43 poems.

Cherry trees have a life expectancy of 50 years, and some are even centenarians. Poets with works in the Kokinshu poetry collection, dating from 905, expressed the similarity between the biological nature of the cherry trees and men, through poetic metaphors.

March 27 is not an ordinary day in Japan: it's cherry blossom day, sakura no hi (桜の日). Established in 1992 by the Cherry Blossom Association in Japan, sakura no kai, cherry blossom day is intended to generate deeper Japanese interest in nature, as the history and culture of the country are closely related to the sakura flower. A pun explains the choice of this date: 3 in Japanese is pronounced san (abbreviated as 'sa') and 9 is kyu or 'ku'. Thus, 3 (sa) x 9 (ku) = 27.

Every year, the Japan Meteorological Agency follows the progress of flowering cherry blossom trees in the country, the cherry blossom forecast. In 2017 it will begin on March 24 in Fukuoka (Kyushu), and April 1 in Sapporo (Hokkaido). On the island of Okinawa and the southern-most parts of Kyushu, flowering occurs much earlier: from mid-January to mid-February. It's not uncommon for tourists passing through during this period to first make a stop at the Snow Festival in Sapporo (Hokkaido) in the north of the country, then go and admire the Okinawan cherry blossoms right after, in the south.

Spring festivals are popular in Japan, even at aquariums: a light show using the colors of cherry blossoms is performed by 70,000 sardines in the Hakkeijima Sea Paradise aquarium in Yokohama, near Tokyo. Images of cherry blossoms are projected, swirling amongst the fish in the aquarium.

A permanent fixture on the streets of Japan, Koban or police boxes, are there to help bring order to their designated neighborhood as well as help lost tourists.