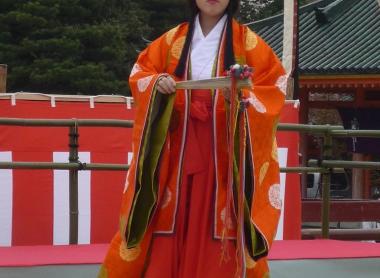 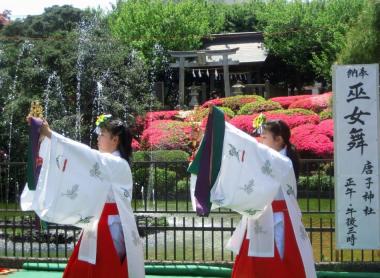 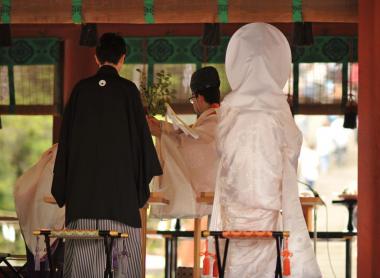 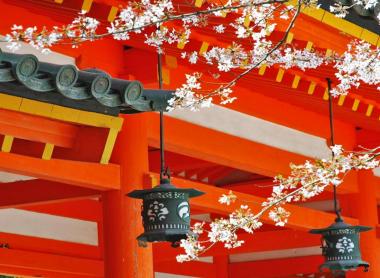 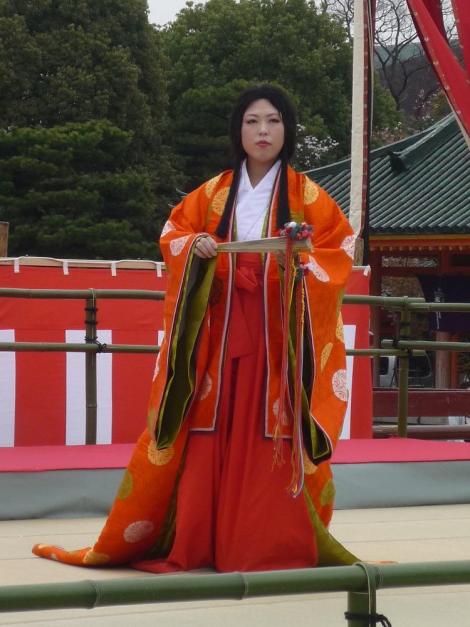 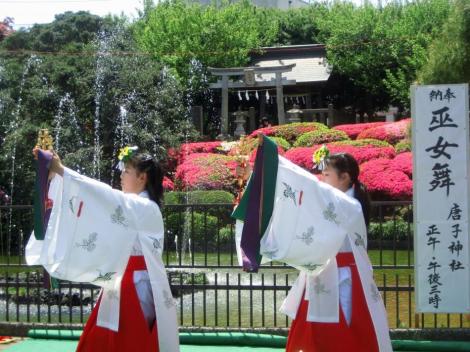 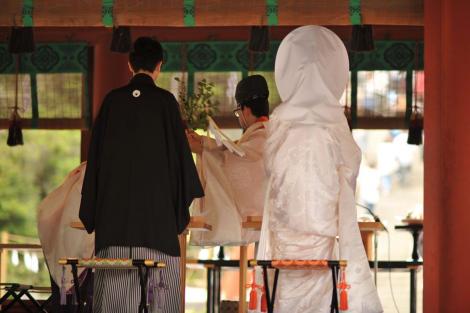 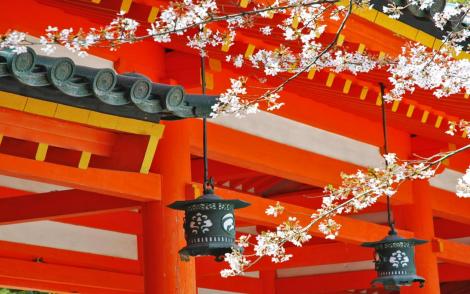 A myriad of beliefs, countless deities

The original religion of Japan is Shinto, worshiping the forces of nature. Meaning the way of God, Shinto has animistic and shamanistic beliefs that are based on respect for kami.

Literally, kami means "that which is above men" or "superior to the human condition," and this term is often translated as "god" or "spirit." Its origins are lost in the mists of time. According to myths, the goddess Izanami and Izanagi are the heavenly god couple who gave birth to the archipelago. Amaterasu, the sun goddess, is the direct ancestor of the emperor himself. Beyond the myths, Shinto tends to make harmonious relations between human beings, nature, and kami.

The tradition identifies "eight hundred myriads', i.e. an infinite number. Although ancestors or brave heroes of the past can be considered kami after their death, this archaic cult deifies first the elements of nature. These deities, celestial and terrestrial, are ubiquitous. They are guardians of a place, staying on a mountain, protecting a forest, under a waterfall, nestled under a rock ...

From 1868 to 1945, to stimulate nationalist and militarist pride, the imperial authorities considered Shinto as the state religion. This approach differs from the ancient worship of the kami and has little in common with the popular beliefs. In an ideological sense, the dream of purity in Shinto exalts a sombre return to the origins of the race. The political realm took this, and rejected Buddhism, a religion that came from abroad.

Shinto priests, recognizable by their black caps and long white dresses, are to be a person who "knows the rituals that give rise to supernatural forces." Shinto has no founder. There is no dogma or moral code. This belief does not draw a clear distinction between the sacred and the profane. Codified and theorized a little bit, but it does not explain the world. The Kojiki ("Notes on old facts"), chronicles the mythological origins of Japan, and is one of the cornerstones of Shinto. This ancient text, written in 712, tells of the divine ancestry of the emperor, religion and history.

A set of practices and rituals, Shinto permeates many aspects of daily life. In cities and the countryside, to reconcile with kami, the "possessor of land," and ensure his favor, their is an altar dedicated to it. It is not uncommon to see a large Japanese company in a small building dedicated to a kami. On the front of a building, a sacred rope (the shimenawa) which embodies the purity of the place according to the Shinto religion, protects the interior. At a Shinto wedding ceremony, the couple solemnly drink sake, a heavenly drink in three cups of red lacquer exchanged three times. This act seals their union. Rice wine is also deposited at the Shinto shrines, characterized by their sacred portal (torii) to be offered to kami. Japanese honor them more than they love them. In a Shinto shrine, the faithful wash their hands and rinse their mouth with water from a long wooden ladle before praying, putting their hands close to their face, bowing and meditating. Flowing water also remains a key element. Essential before diving in the bath or in hot springs, purifying oneself by washing is an expression of ancestral body purification rites that stress the importance of never being soiled.