Nogata is a small town on the Onga River about halfway between Fukuoka and Kitakyushu, and the Memorial Hall of Coal is a small museum dedicated to the history of what was the main economy of the area for about a hundred years, the Chikuho coalfield.

The museum is housed in what was formerly the assembly hall for the local mining union and displays models and photos that primarily focus on the technology and achievements of the industry.

More interesting is what is on display in the grounds around the museum, two steam locomotives, a massive drilling machine, the small trains that carried workers into the mines, and assorted mining equipment, all slowly rusting. Behind the building is a series of concrete tunnels built for mine rescue practice, and a tiny electric locomotive. There is little on display about the social cost of the coal mining. 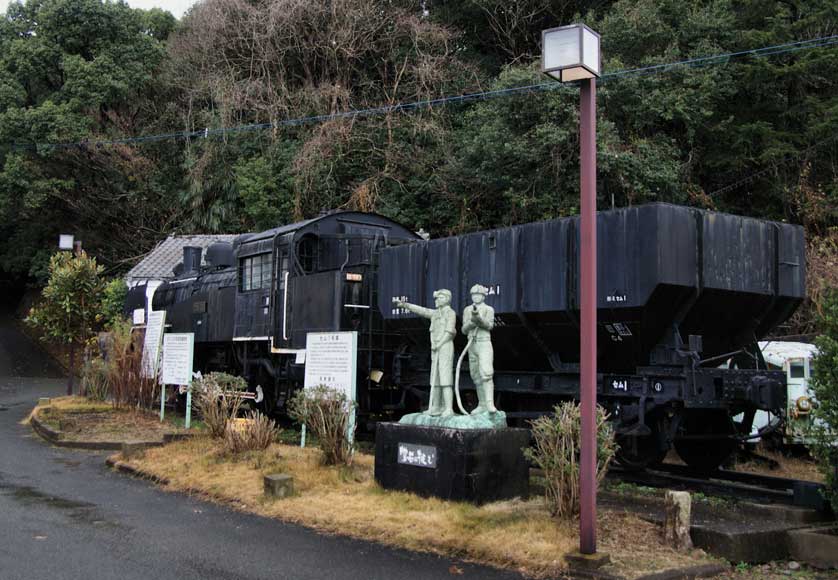 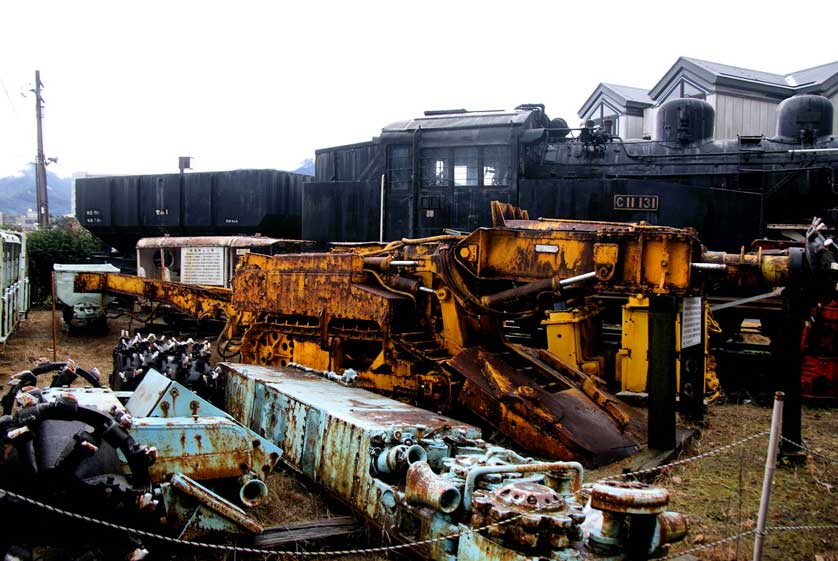 A Short History of the Chikuho Coalfield

One of the stock phrases found in almost any article about Japan is "resource-poor". Of course Japan actually has lots of resources, water, timber, limestone (for cement), and of course lots of resources from the sea.

Historically Japan has had lots of silver: in the 17th century fully one third of all the silver in the world was coming from Japan from the Iwami Ginzan mines in Shimane and Sado Island in Niigata Prefecture, but what the phrase "resource poor" really means is that Japan has no oil or gas.

However Japan had, and still has, massive coal resources, 800 million tons coming just from the Chikuho field. In fact Japan was producing so much coal that not only was it the fuel used to drive its industrial modernization, Japan was exporting it too.

In 1883 over 80% of the coal produced by the Miike coalfield in Kyushu was exported. There were some coalmines on Honshu, but most of the coal was found in Kyushu and Hokkaido, and the richest coalfield of all was the Chikuho. 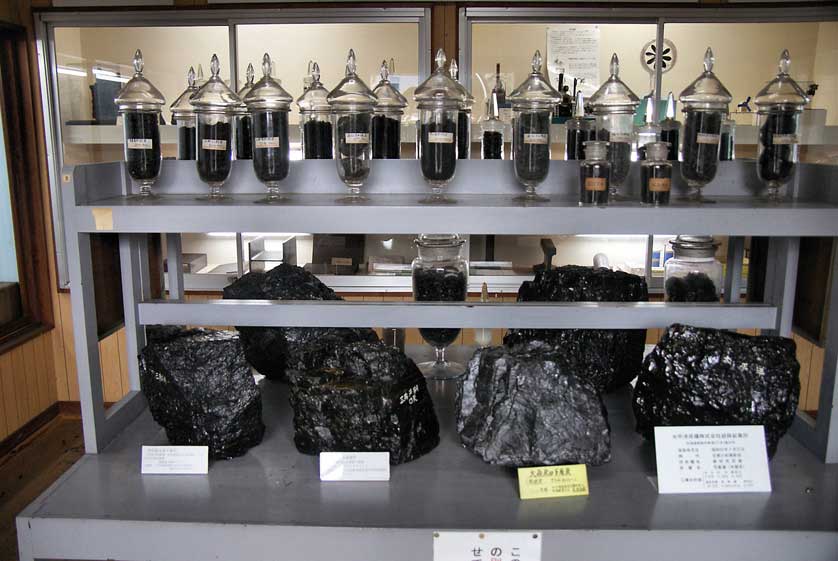 Coal was first discovered and dug in the Chikuho area in the 15th century and was used to heat and light the homes of the local lords. In the 1860's western style industrial mining began, introduced by Thomas Glover on an island off Nagasaki.

At first the government used convicts, burakumin, and landless peasants as miners. Slowly the government sold off the mines to private interests but the harsh conditions endured by the convicts were applied to the non-convict labor force and by the 1880s there were numerous incidents of violent protest. The nationwide disturbances now known as the 1918 Rice Riots were particularly violent in the Chikuho area.

Whereas it was not uncommon for women to be employed in the mines, in most places they were used to haul the coal rather than actually dig it, but Chikuho was unusual in that the women also worked at digging the coal. In some mines they were paid the same as the men, but at most less. In the Chikuho area there was no other work so girls started working in the mines at age 12 or 13.

The coal was carried down the Onga River by barge to the coast where it was either used in the growing steel industry founded in Yahata, or shipped by train to Moji port where it was shipped to other parts of Japan. The train line directly from Chikuho itself was not built until 1940.

Following the annexation of Korea in 1910 dispossessed Koreans began coming to Japan and commonly worked in the mines enduring even worse conditions than the Japanese miners. By the 1930's Koreans were being forcibly conscripted from Korea to the mines. In 1932 in a Chikuho mine they went on strike against the low pay and harsh conditions. Not one single Japanese miner joined the strike, though the strikers did receive support from burakumin miners, themselves also the subject of discrimination.

As the war progressed, another group of workers were used in the mines, allied prisoners of war. Hundreds of these slaves were used by mines owned by Aso Mining in Chikuho, and while plenty of evidence exists all attempts at receiving an apology or compensation have been met with denial by the government and the topic is avoided by Japanese media. Aso Mining is the family business of Japan's current Finance Minister and former Prime Minister Taro Aso.

Following the war the Chikuho coalfield continued to produce up to half of all Japan's coal, but when government policy shifted to using cheap imported oil as its main source of energy the mines began to close.

Able to organize through unions, the miners staged a series of strikes against the "restructuring" but were unsuccessful. The last mine closed in 1976. By the 1980's the Chikuho area had some of the highest levels of poverty and crime rates in the country.

The Nogata Memorial Hall of Coal is located next to Taga Shrine about ten minutes walk from Nogata Station. 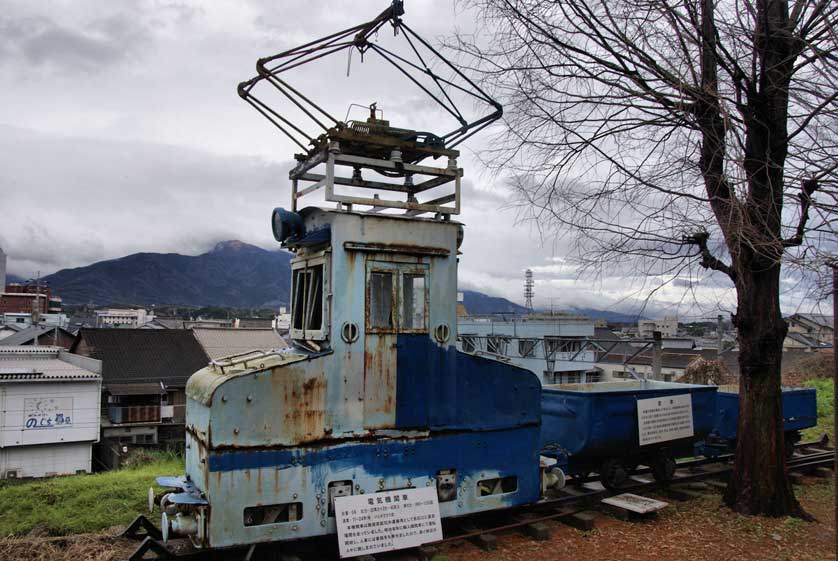