The Confucius Shrine (koshi-byo) in Nagasaki was built in 1893 by Chinese residents of the city with financial support from the Qing government and is said to be the only Confucius shrine outside China built by Chinese labor.

The colorful shrine, built in Chinese style, has 72 statutes in its grounds of the 72 followers of the great sage. The land on which is shrine stands belongs to China and is administered by the Chinese embassy in Tokyo. The original shrine housed a primary school for Chinese residents of Nagasaki. 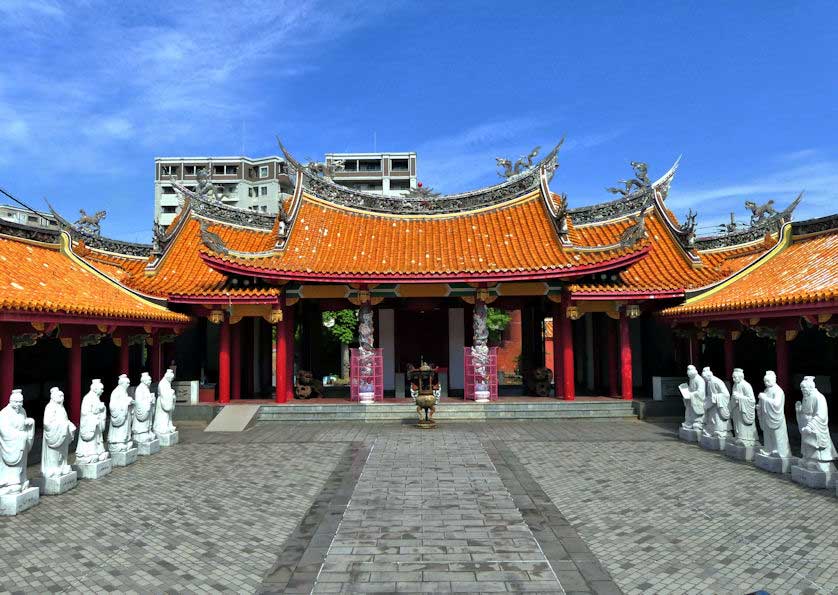 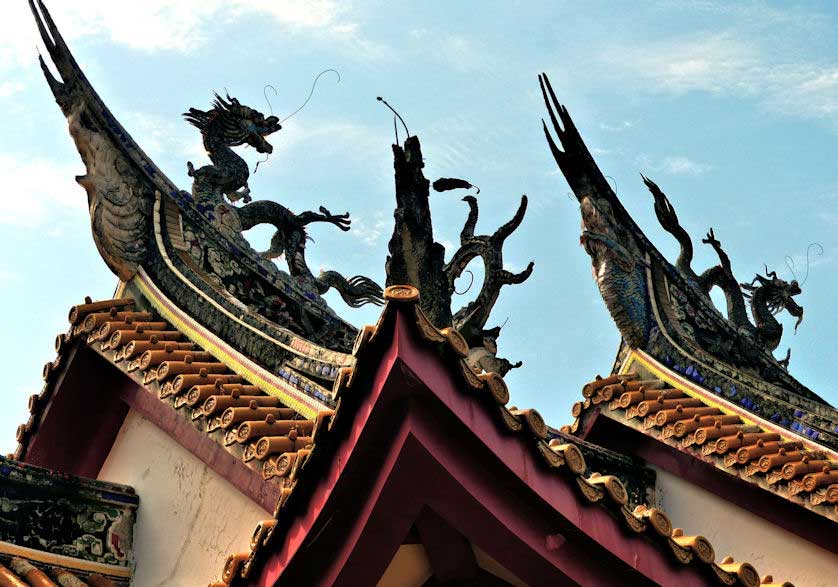 The Confucius Shrine was destroyed in the atomic bombing of 1945 and only rebuilt in 1967 and restored again in the early 1980's. The Confucius Shrine is an important venue for the Nagasaki Lantern Festival held to celebrate Chinese New Year in the city hosting Dragon Dances, music recitals of piano and erhu, martial arts performances, Chinese acrobatics and mask changing shows (Bian Lian). 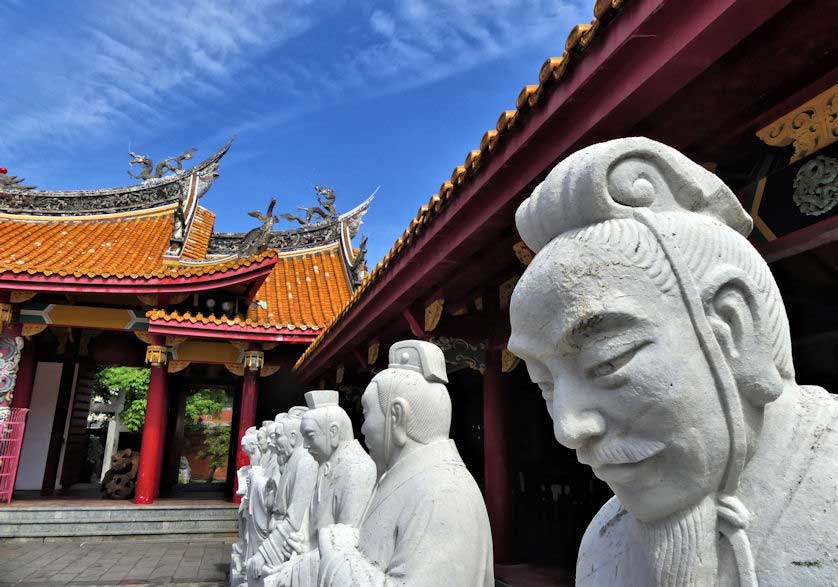 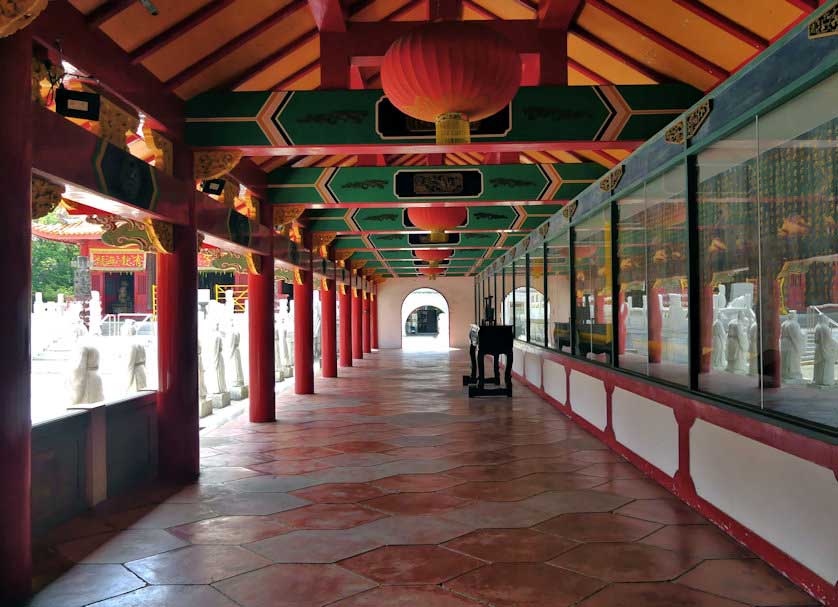 The Confucius Shrine is located between Ishibashi and Ouratenshudoshita tram stops on tram line #5 in the south of the city close to Oranda-zaka (Dutch Slope) and Glover Garden. Oura Catholic Church, the oldest church building in Japan, is also close by. 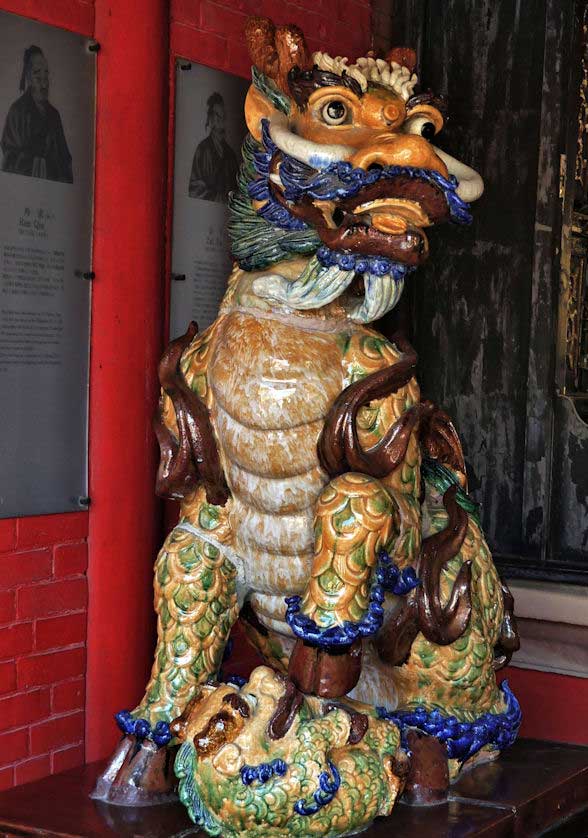