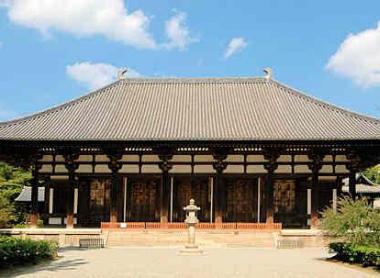 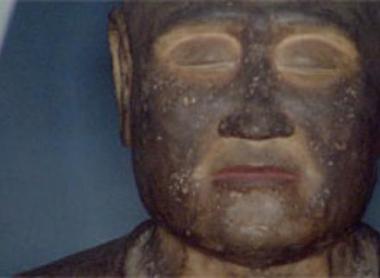 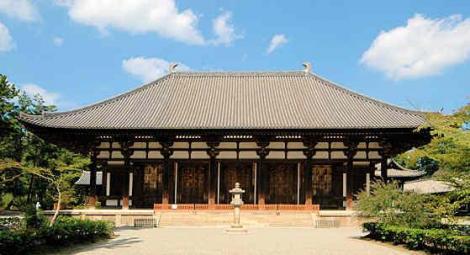 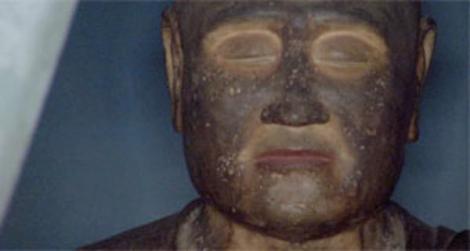 Toshodaiji Temple was founded in 759 by Jian Zhen, Ganjin in Japanese (688-763), a Chinese Buddhist monk invited by Emperor Shomu to initiate his subjects to the teachings of Buddha. After many tribulations, five shipwrecks and an illness causing blindness, after twelve years of trying, he finally reached the archipelago. Accompanied by disciples and craftsmen, he first established his school at Todaiji .

Once erected, the Toshodaiji became the headquarter of the Ritsu Buddhist sect, giving priority to  moral teachings and strict respect of the rules of the monastic discipline. Located five kilometers west of Nara, in the district of Gojo-cho, the site, which was relatively untouched by fires, keeps an important number of masterpieces classified as "national treasure". Including a remarkable sculpture dating from 763, in dry lacquer, representing the old master, a native of Yangzhou, sitting in meditation posture. Other ancient statues of Buddhas and Bodhisattvas illustrate this style specific to the period, conciliating in the carving of wood the strength of compassion and the fragile human condition.

The Kondô, the main building with eight rounded pillars, the only example of this type still visible in Nara, is a unique testimony of eighth century Japanese architecture. Its proportions and sobriety reflect continental influences. Built at the same time, the Kodo, the reading room once used as a boardroom for the court of Nara, was originally part of the imperial palace buildings. Today, it remains the only element of the palace that was saved. On June 6th every year the anniversary of the death of Ganjin, the founder, is celebrated.