Yanagawa: read a guide to Yanagawa in Fukuoka Prefecture famed for its canals & delicious river eel. 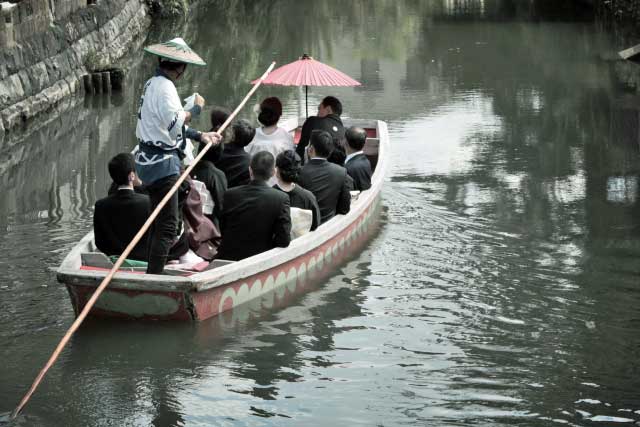 Things to see and do in Yanagawa

Yanagawa is known primarily for its hundreds of kilometers of canals, and this is what pulls in the tourists.

Yanagawa was originally a farming village, and the canals were built hundreds of years ago for irrigation. They have since been restored and today are plied by donkobune--low flat boats powered by a man with a pole--that take tourists on short cruises known as kawakudari (going down the river) around the town.

Also of interest is the Yanagawa Ohana (pictured below), the villa of the Tachibana family, which ruled Yanagawa from roughly 1600 - 1868.

The building pictured is a western annex known as Seiyokan and was completed at the beginning of the 20th century.

Yanagawa Ohana is a massive Western style mansion intended to impress. Directly behind it is a Japanese structure that looks out onto a koi (carp) pond and the lovely Shotoen garden. Tel: 0944-73-2189.

After the canals and Seiyokan, Yanagawa is known for Hakushu Kitahara, a local writer. Hakushu Kitahara was a poet and writer of children's songs who grew up and spent his life in the town.

The signature dish of Yanagawa is eel, which is eaten as a pick-me-up, especially in summer. There are several well-known eel restaurants in Yanagawa. 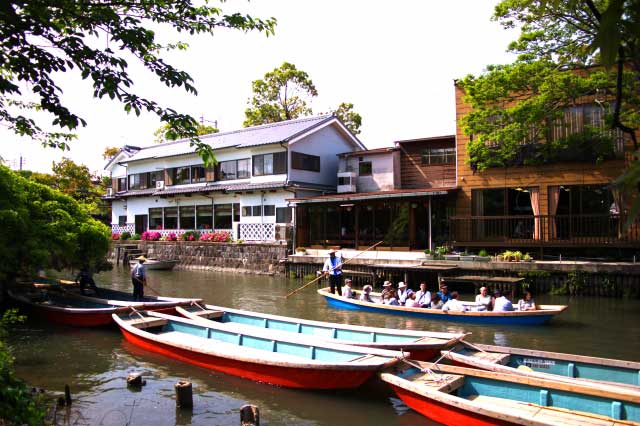 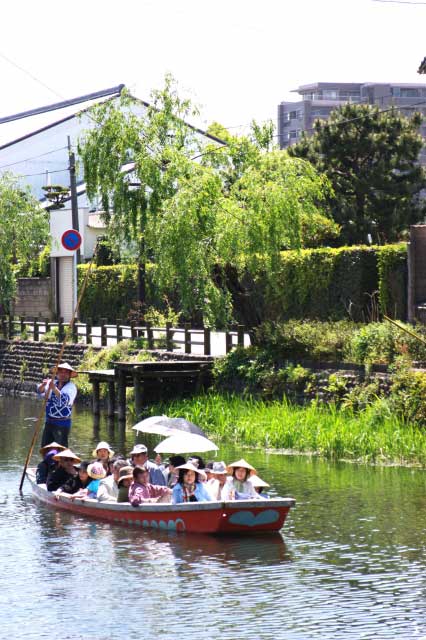 On the water in Yanagawa, Kyushu

Hakushu is built in the local style, with cross-hatching on the walls for a beautiful patterned effect.

Hot springs can be found in Yanagawa. Like most of Kyushu, the town is blessed with the healing waters. One discovered in 1965 contains sodium bicarbonate and salt, which is said to beautify the skin and be good for neuralgia.

Information on hot springs can be found at the Yanagawa tourist information center: Tel: 0944 73 2145 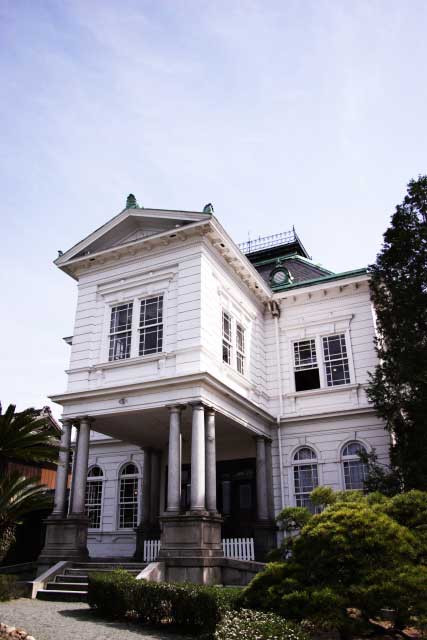 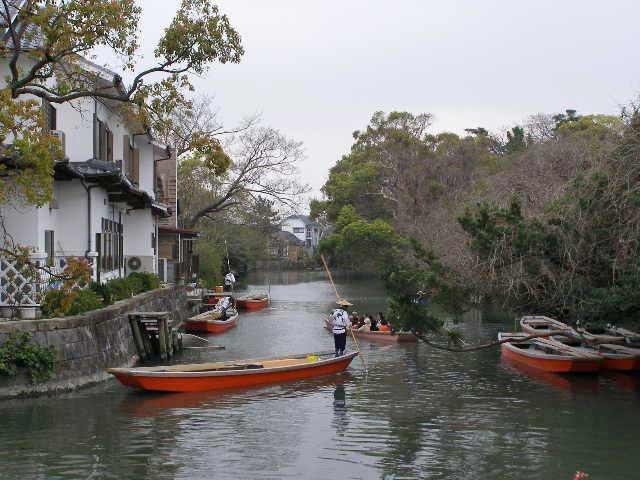 Yanagawa City also has a strong sense of seasonal change, which is marked by its many festivals.

January: Celebration of the Birth of Hakushu Kitahara 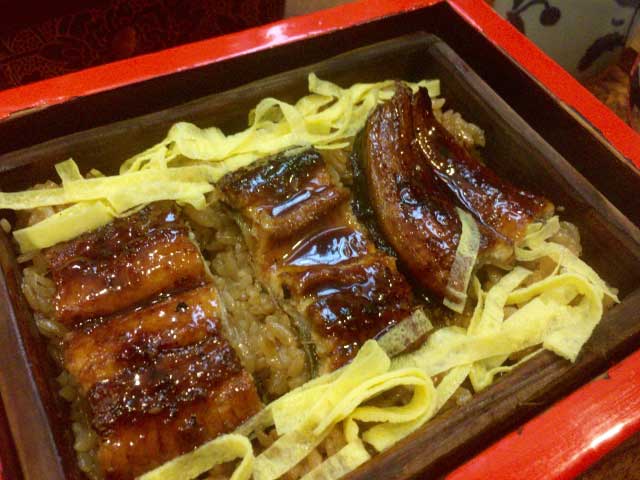 Eel is a local delicacy in Yanagawa, Kyushu

Fukuoka International Airport is perhaps the most easily accessed airport of any of Japan's major airports. It is 10 minutes from the center of downtown via subway.

Politicians are now considering expanding and therefore moving it to a bigger location, but for now you will be at your hotel in no time. Direct flights arrive from Australia, South Korea, China, Thailand, Hong Kong, and all over Japan.

Access From the Airport to Yanagawa, the easiest way to get to Yanagawa is on the train. Take the subway to Tenjin Station. Walk three minutes to Nishitetsu Fukuoka Station, and then take the train 46 minutes to Yanagawa. 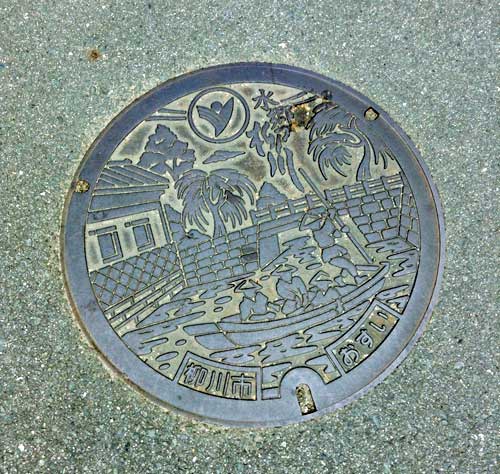 Yanagawa manhole showing a boat, the canals and a bridge

There is a regular bus service to Yanagawa from Saga Station (52 minutes) with the first bus at 6.35 am and the last bus at 8.30 pm on weekdays. 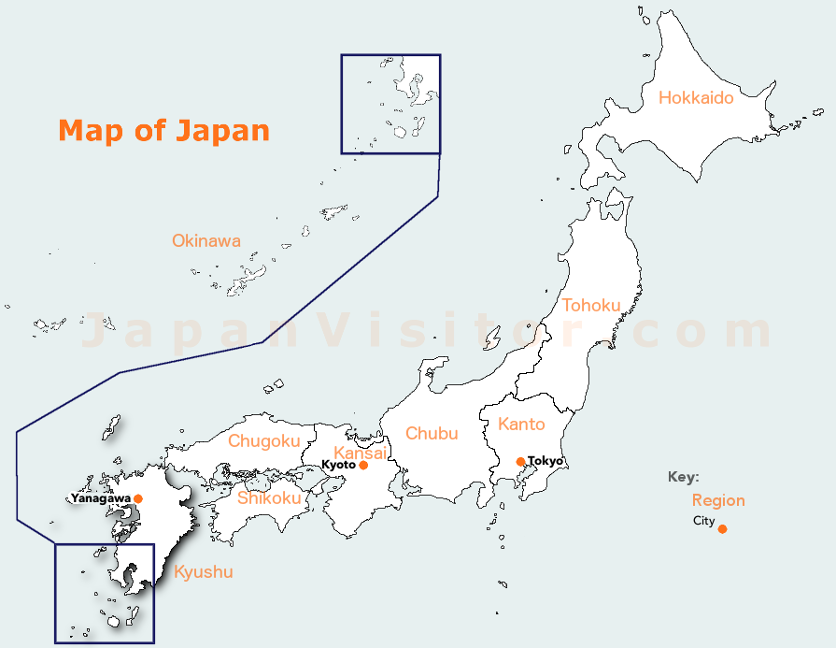