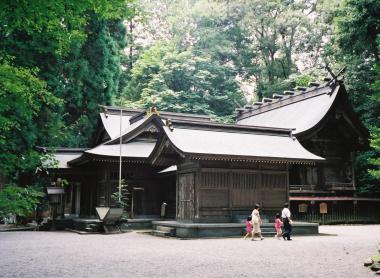 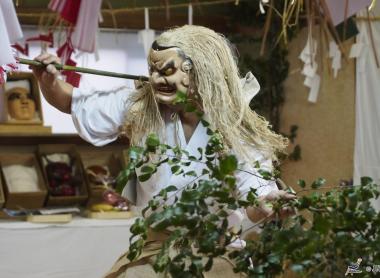 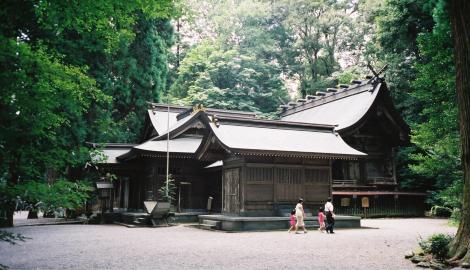 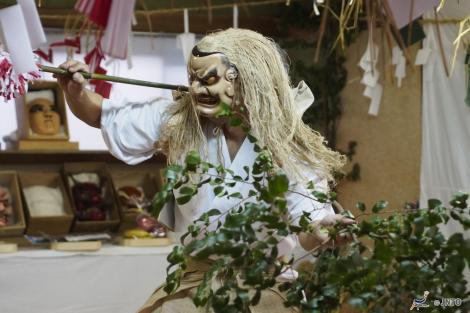 A visit after dark is preferable, because that is when the shrine hosts performances of kagura. This dance is probably the oldest in Japan, mixing legendary elements (see the sanctuary Ama-no-Iwato Jinja) and ancient agricultural celebrations. The kagura is still practiced today at some shrines. Actors wear masks and perform stories from ancient Japanese mythology.

This is called yokagura, "night kagura" and Takachiho is known throughout Japan as the place of origin for this dance.