Dejima (lit. "Exit Island") in Nagasaki was a fan-shaped artificial island first built to house Portuguese traders in 1634 as part of the sakoku policy of seclusion during the Edo Period of Japanese history. 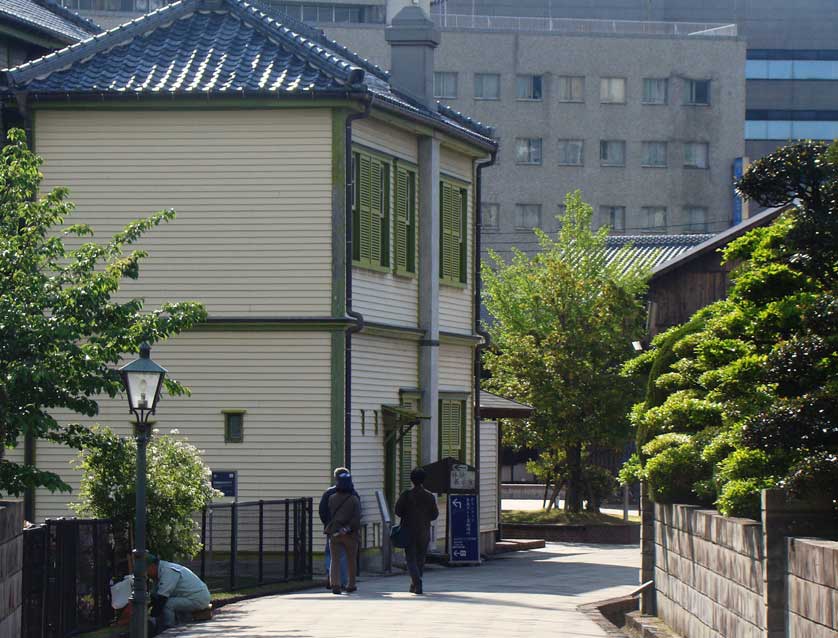 Built on the orders of shogun Tokugawa Iemitsu, Dejima effectively segregated the Portuguese from the Japanese mainland in an effort to prevent the propagation of Christianity by Portuguese Jesuit priests and later Spanish Franciscan arrivals.

The fan shape of the island supposedly comes from the whim of the shogun, who when asked what shape the artificial island should be made in by his officials, unfurled his fan and said: "Like this!"

Following the Shimabara Rebellion of 1637-38, the Portuguese and Spanish were expelled and Dutch traders from Hirado were moved to Dejima by the shogunate, in order to keep a closer watch on foreigners.

For the next two centuries, Dejima became Japan's "window on the world" as goods brought on Dutch ships were traded with Japan along with the exchange of knowledge and language. Nagasaki became a center of "Dutch studies" (Rangaku) where Japanese samurai studied western medicine, astronomy, botany and military science - mostly through the medium of Dutch.

Engelbert Kaempfer (1651-1716), Carl Peter Thunberg (1723-1828), Isaac Titsingh (1745-1812) and Philipp Franz von Siebold (1796-1866) were four famous physicians who practiced on Dejima and did much to introduce western, medical and scientific knowledge to Japan and interpret Japan and its culture for a European audience. 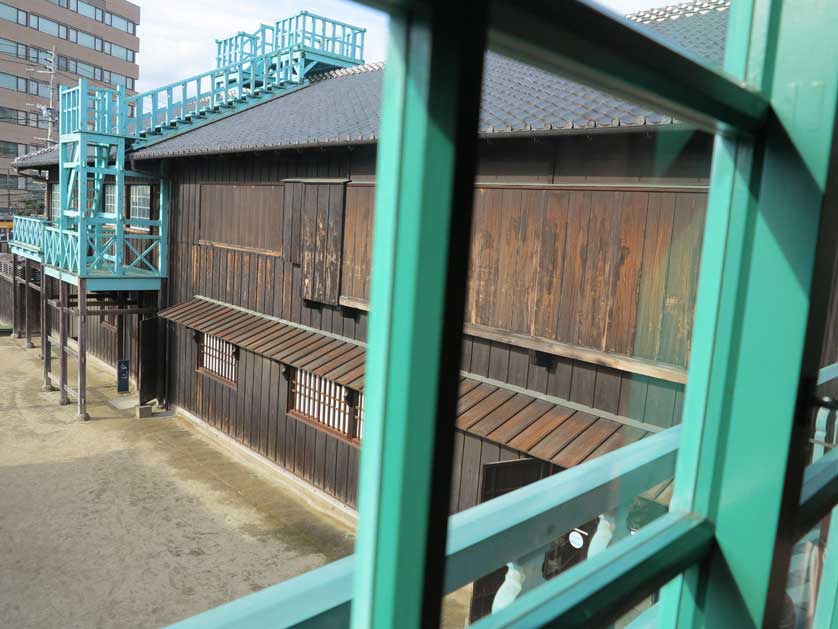 View from the window of the Chief Factor's Residence, Dejima, Nagasaki 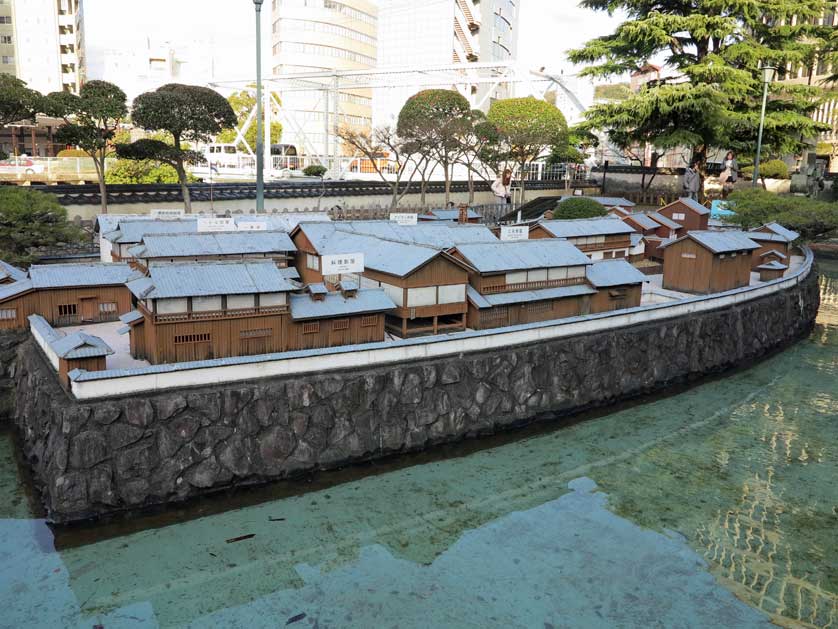 A scale model of Dejima, Nagasaki in the Edo Period

Dejima was a very small space, only 120 by 75 meters connected to the mainland by a small bridge, guarded on both sides. Around 20 Dutchmen and other Europeans and Indonesian and African servants in the pay of the Dutch lived on the island employed by the Dutch East India Company (VOC) along with various Japanese officials, translators, cooks, as well as Japanese "ladies of pleasure" from Nagasaki's entertainment districts and local guards.

Various things from the outside world such as cabbage, chocolate, clover, coffee, beer, tomatoes, ship's paint or tar (penki from the Dutch word pek), games such as badminton and billiards are known to have been introduced to Japan through Dejima on the over 600 Dutch ships that came to Nagasaki during the Edo Period. Siebold is credited with introducing the first piano into Japan through Dejima. 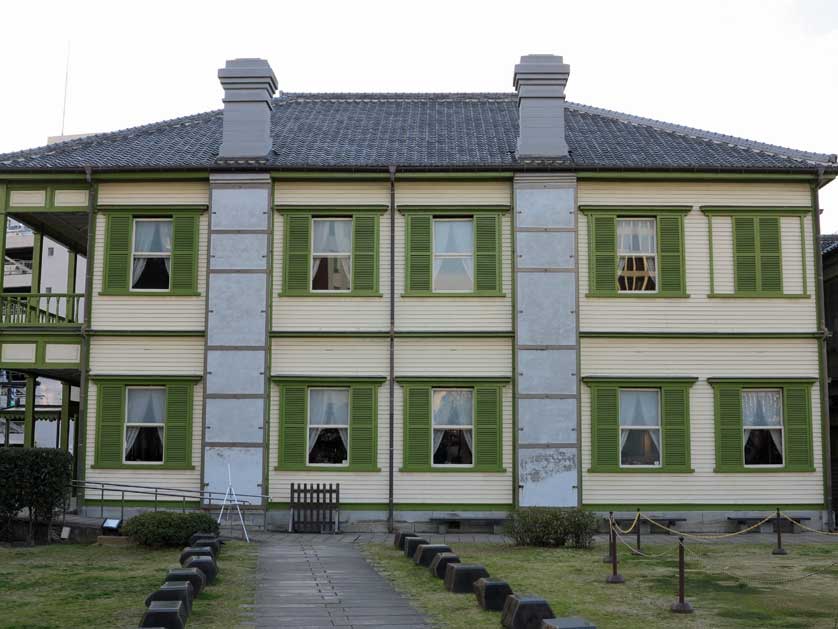 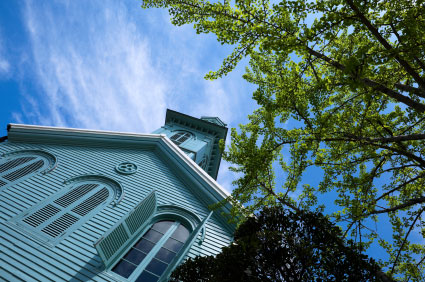 The Dejima Seminary, Japan's first Protestant seminary built in 1877 - in fact no religious services were allowed on the island during the Edo Period (1603-1867)

Since the 1990's the city of Nagasaki has been involved in a reconstruction program at Dejima to return Dejima once again as an island and to restore many of the 19th century buildings. So far the Deputy Factor's Quarters, the Chief Factor's Residence, the Japanese Officials' Office, the Head Clerk's Quarters, the No. 1 Warehouse, which was used to store sugar, No 2. Warehouse, used to store wood, the Main Gate and the Sea Gate have been opened.

The Chief Factor's Residence is the grandest building on Dejima to reflect the status of the Chief Factor. The building is reached by a triangular double staircase and it was here that the Dutch merchants gathered to eat their meals and where the Chief Factor received guests. The rooms are large with high ceilings and unusually for Japan at that time the walls were covered with wallpaper imported from Europe. The second floor verandah would have had views over Nagasaki Harbor.

The First Ship Captain's Quarters is another spacious dwelling shared by the captain of arriving Dutch merchant ships and other important Dutch offiials based more permanently on Dejima. The rooms are a mix of Japanese and western styles with furniture, chairs and high tables, brought from Holland and Indonesia. 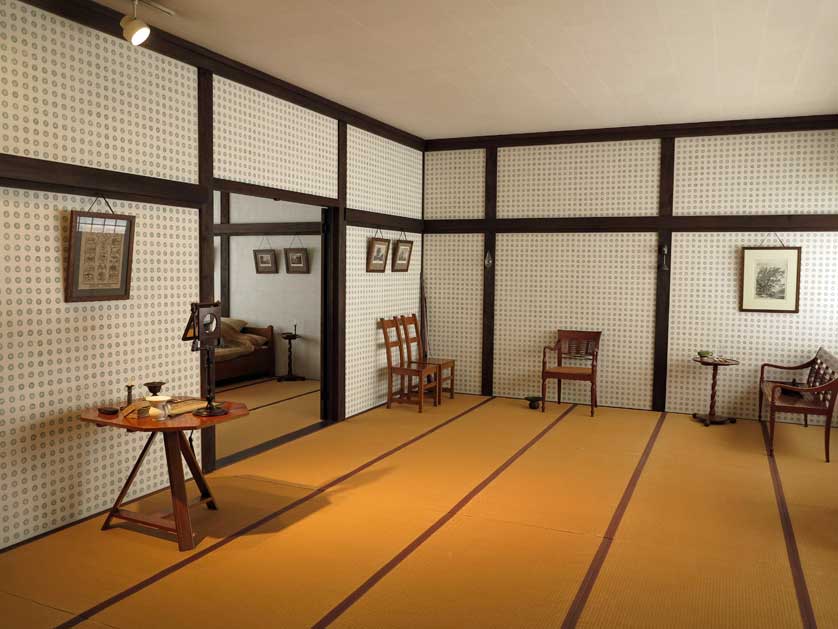 Room in the First Ship Captain's Quarters on Dejima, Nagasaki

The Main Gate, restored in 1989, allowed access to Edo-machi and was under continual watch by Japanese guards.

The Former Stone Warehouse is a modern restoration done in the 1990's and houses the Archeology Center outlining the on-going archeological work being done on Dejima. Hundreds of pieces of Japanese and Dutch ceramics, roof tiles, coins, clay pipes and animal bones dug up on Dejima are on display. The Dutch kept chickens, cows, pigs, monkeys, birds and other animals on Dejima and the animal enclosure must have seemed like an exotic menagerie to Japanese visitors. It is known from historic wood-block prints that the Dutch exported elephants and camels into Japan as novelties. 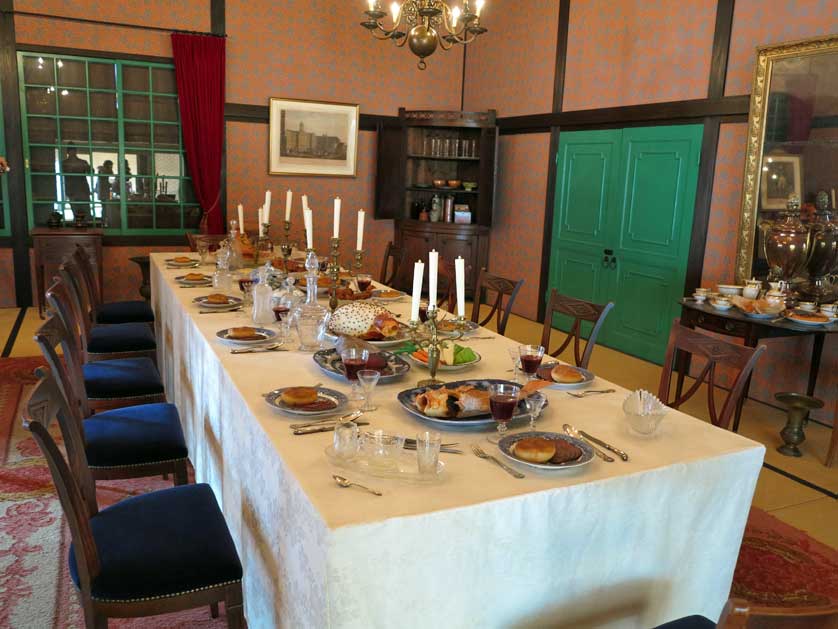 Table laid for dinner in the Chief Factor's Quarters on Dejima, Nagasaki

Visitors can also view Dejima's kitchen, a miniature model of the island and the Dejima Museum, housed in the former Dejima Seminary, and in another annex building. The free Dejima Theater is housed in the New Stone Warehouse, a restoration of the original built in the 1860's and shows a film describing the history of Dejima by an actor playing one of the Japanese translators.

The Edo Period reconstructions are located nearer the West Main Gate while those built after Nagaski was opened up to more general western trade are towards the East Gate. The latter include the Dejima Seminary - Japan's oldest Protestant Seminary constructed in 1878 and the Former Nagasaki International Club built for Thomas Glover's son, Tomisaburo Glover by Frederick Ringer in 1903, as a meeting place for westerners and Japanese. Nowadays the building serves as restaurant where visitors can sample such "western cuisine" as Beef Curry, Portuguese Lunch and Hamburger with Turkish Rice. In the grassy area between the two buildings is the Dejima Tree, brought over from Jakata by the Dutch.

Also in this area near the East Gate of Dejima is a miniature model layout of how Dejima looked in its heyday and a garden of plants started by Siebold. Next to the garden is a stone monument erected by Siebold to honor his predecessors Kaempfer and Thunburg.

Dejima is surrounded by stone walls which have been carefully restored to give an authentic setting to the site. Dejima Bridge which crosses the Nakashima River was built in 1890 and is the oldest iron bridge still in use in Japan. 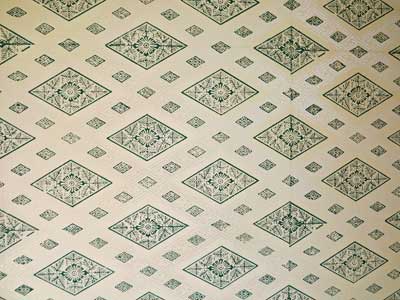 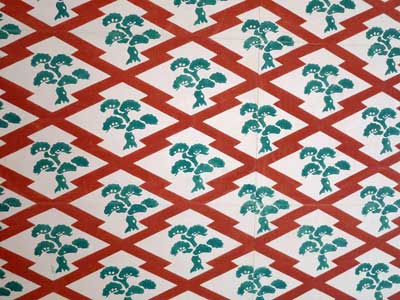 Take tramline #1 to the Dejima stop, which is 3 stops south of Nagasaki Station. Dejima is close to Nagasaki's Chinatown and Sofukuji Temple. Admission is 500 yen and the hours are 8am-6pm daily.

Coming by bus from Nagasaki Station take a bus bound for Shinchi Terminal.

The three-star Hotel Bellevue is a good hotel within easy reach of Dejima. Also close to Dejima, towards the sea is the modern Nagasaki Dejima Wharf, with shops, restaurants and bars on the waterfront. It is a short walk from Dejima to both Shinchi Chinatown and the Nagasaki Prefectural Art Museum.

Visitors interested in the Dutch presence in Nagasaki and rangaku should also visit the Siebold Memorial Museum and the excellent Nagasaki Museum of History and Culture. 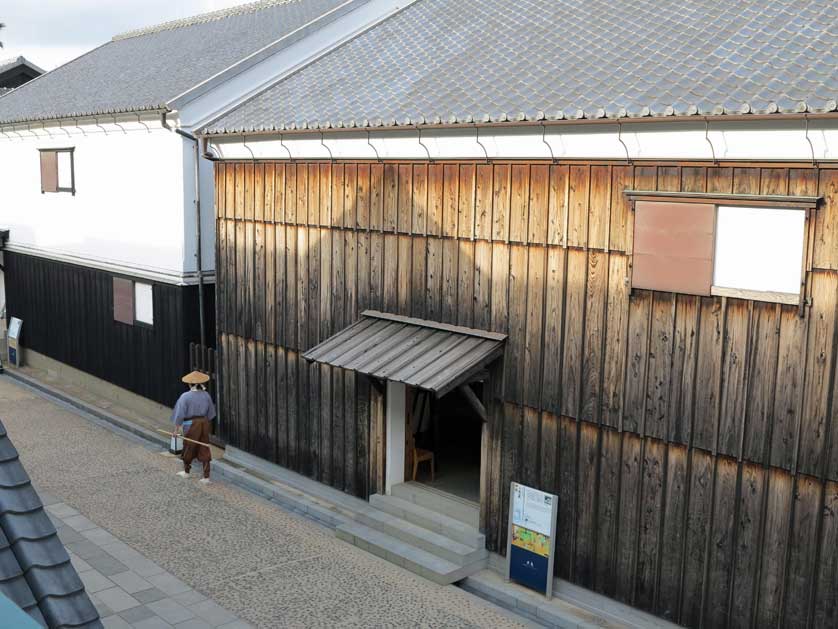 Dejima: read a guide to Dejima in Nagasaki, the artificial, segregated island where Dutch traders lived and worked during the Edo Period in Japan.