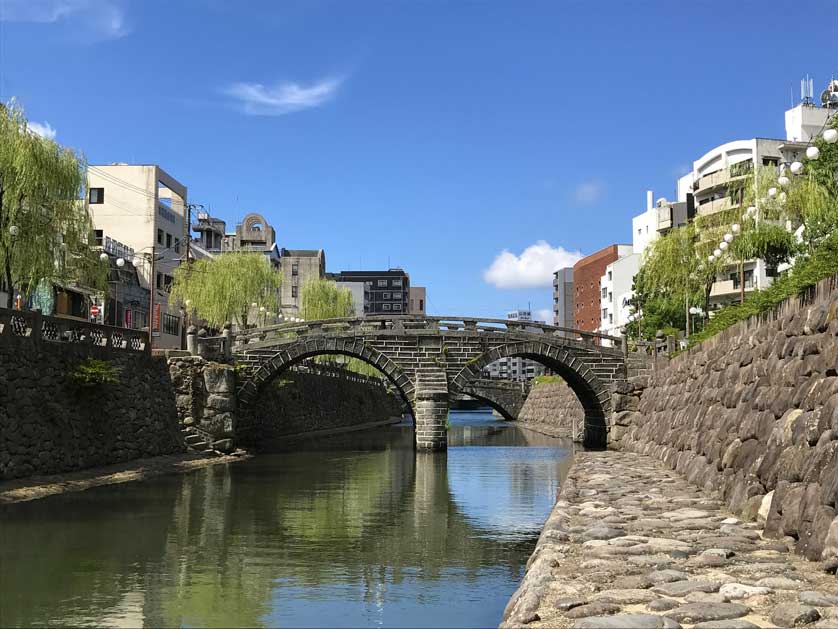 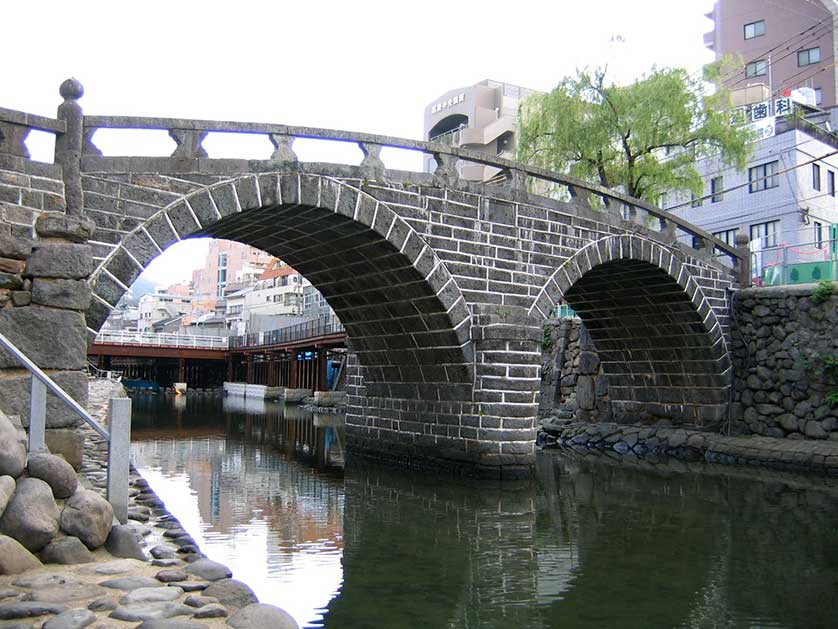 Meganebashi Bridge ("Spectacles Bridge") spans the Nakashima River in Nagasaki and was built in 1634 by the Chinese monk Mozi (aka Nyojo) of Kofukuji Temple.

The oldest stone arch bridge in Japan, the double arches of the Meganebashi stone bridge resemble a pair of spectacles when reflected in the river. The Meganebashi Bridge is dedicated as an Important Cultural Property. 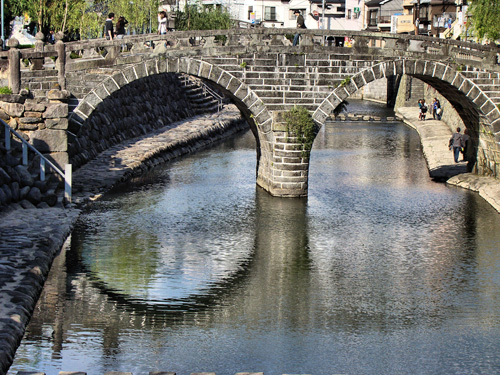 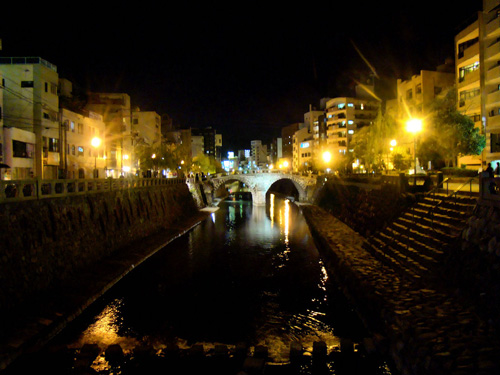 Together with Nihonbashi Bridge in Tokyo and the Kintai Bridge in Iwakuni, Meganebashi is considered one of the three most famous bridges in Japan. It is a magnificent piece of engineering.

A number of other stone bridges also span the Nakashima River, but Meganebashi is considered the finest. These 10 stone bridges were once entrances to individual temples in what is now the Teramachi area of Nagasaki. Six of these historic bridges were washed down by a flood in 1982 but subsequently repaired.

Nakashima River was an important transport route when Nagasaki served as Japan's "window on the world" when the port was the only place in Japan open to Dutch and Chinese traders during the Edo Period (1603-1868) of Japan's history. 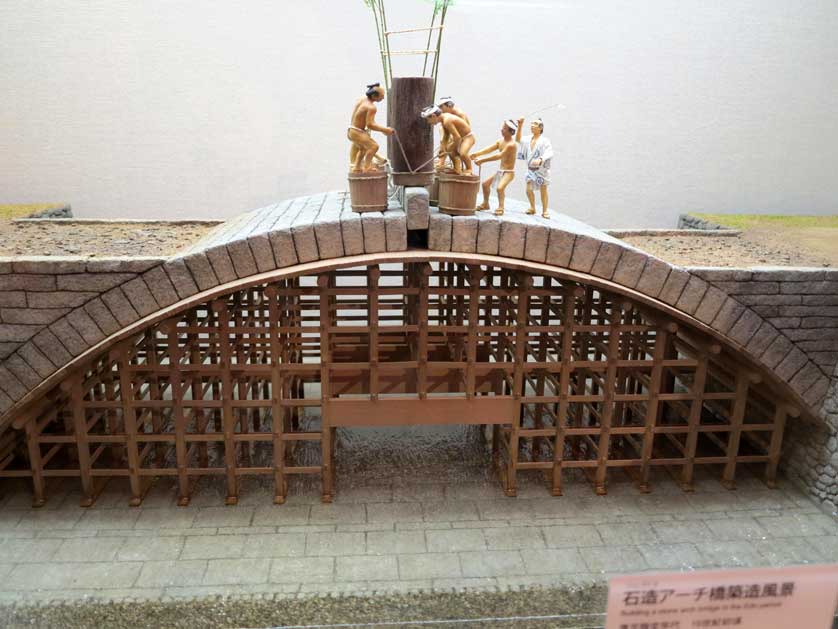 Model showing the construction techniques used in the making of one of Nagasaki's stone bridges, on display at the Nagasaki Museum of History and Culture 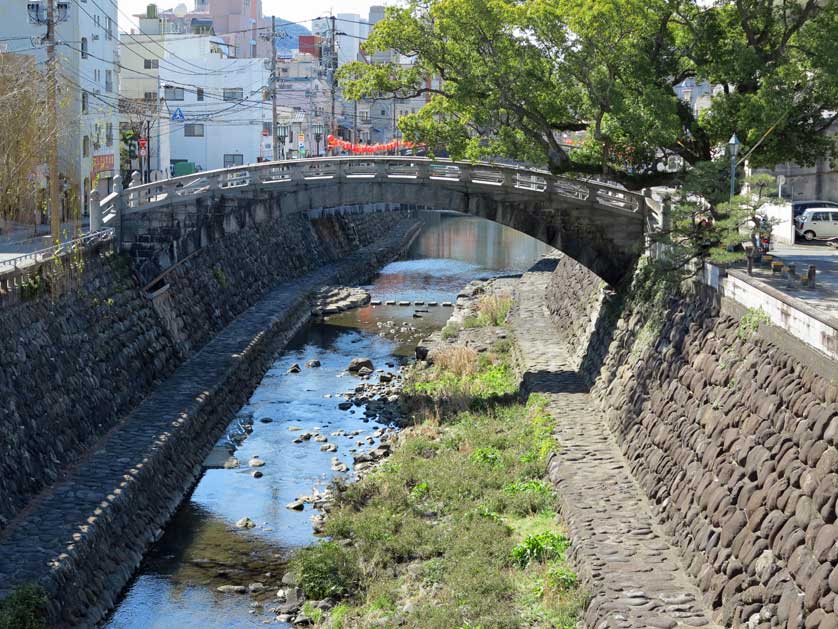 Stone Bridge over the Nakashima River in Nagasaki

Spectacles Bridge is a short walk from the Nigiwai Bridge stop on tramlines #4 and #5. From here it is a short walk to the shopping arcades of Hamano-machi and the entertainment district of Shianbashi.

Parallel to the river is Nagasaki's Ryoma Road, a tourist trail cashing in on popularity of Sakamoto Ryoma and his connection with Nagasaki.

At Oidebashi, the road becomes Ryoma-dori and heads up into the hills to the Nagasaki Kameyama Shachu Memorial Museum.

Ryoma Road has wall panels in English showing images of and giving information on various famous people from the Bakumatsu Period of Japanese history. 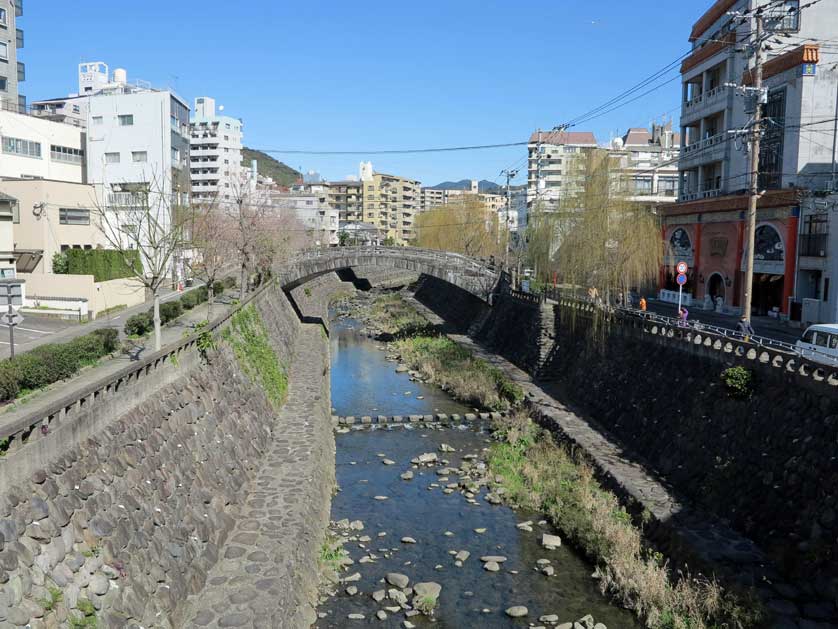 Stone Bridge over the Nakashima River in Nagasaki 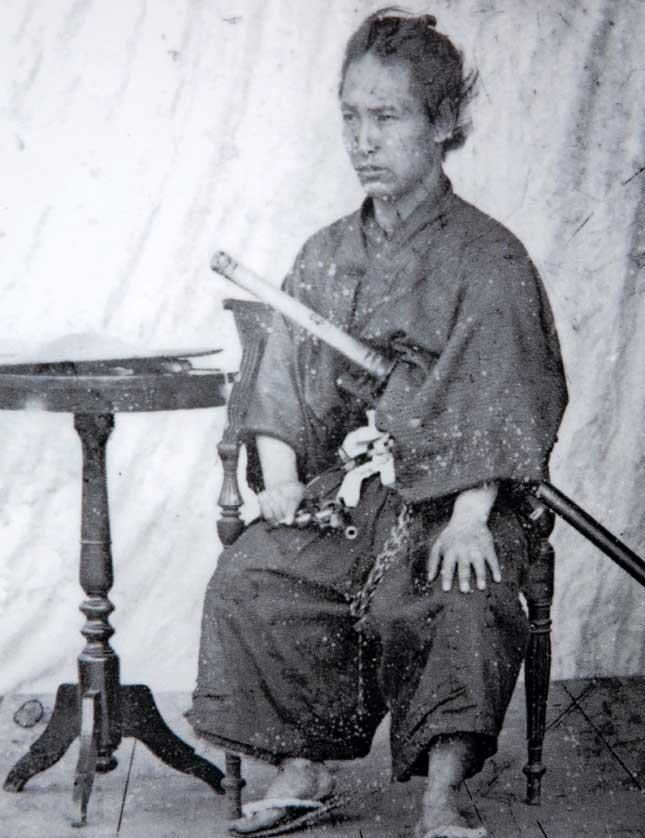 Wall panel on the Ryoma Road