Oura Catholic Church in Nagasaki was completed in 1864 and is said to be the oldest church in Japan. 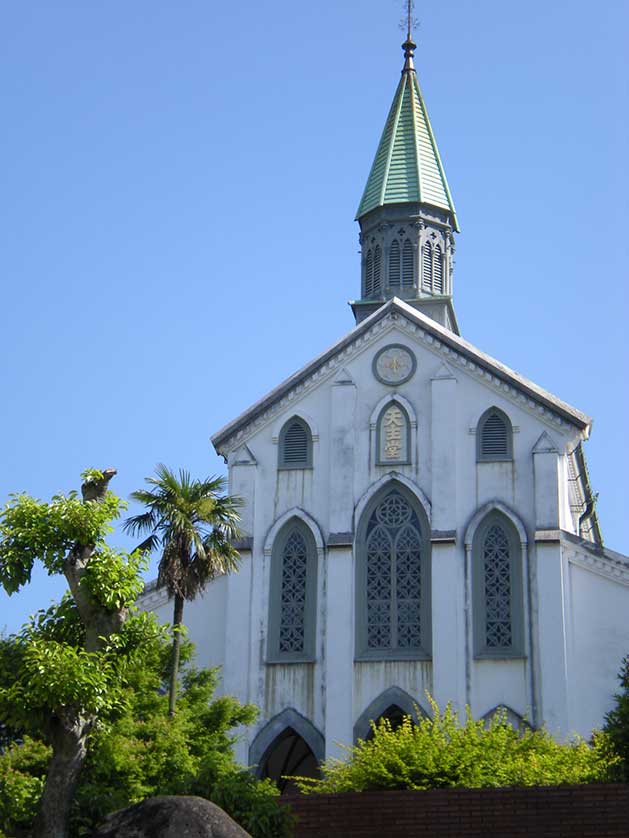 Oura Catholic Church was first constructed in 1863 by two French priests, Fathers Louis Furet and Bernard Petitjean, after the opening up of a number of treaty ports in the last years of the Edo Period of Japanese history (1603-1867). Oura Catholic Church is said to be the oldest church in Japan. 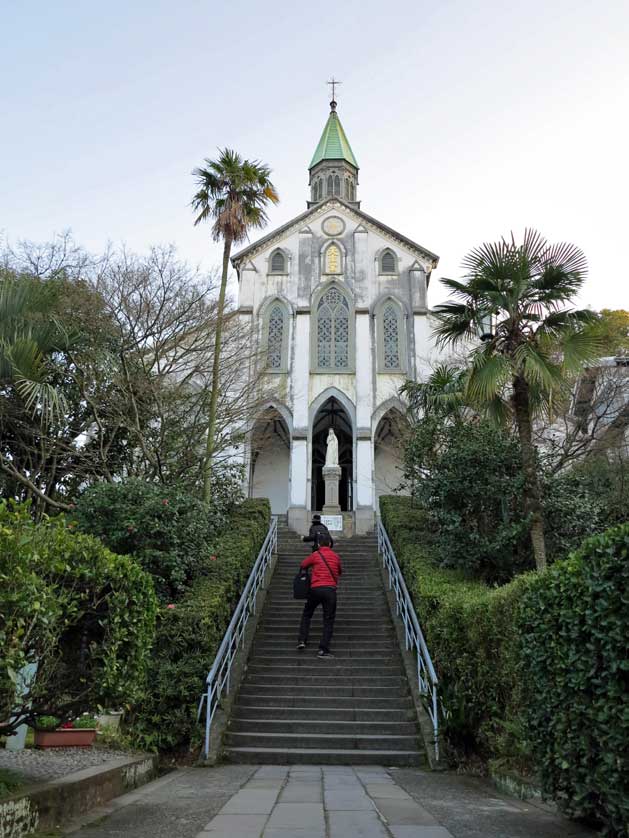 Oura Catholic Church honors the Twenty-Six Martyrs of Japan, who were rounded up in Kyoto and crucified in Nagasaki, near present-day Nagasaki Station, in 1597 on the orders of warlord Toyotomi Hideyoshi.

This structure was replaced by the much larger Gothic building in wood and brick we see today in 1879. 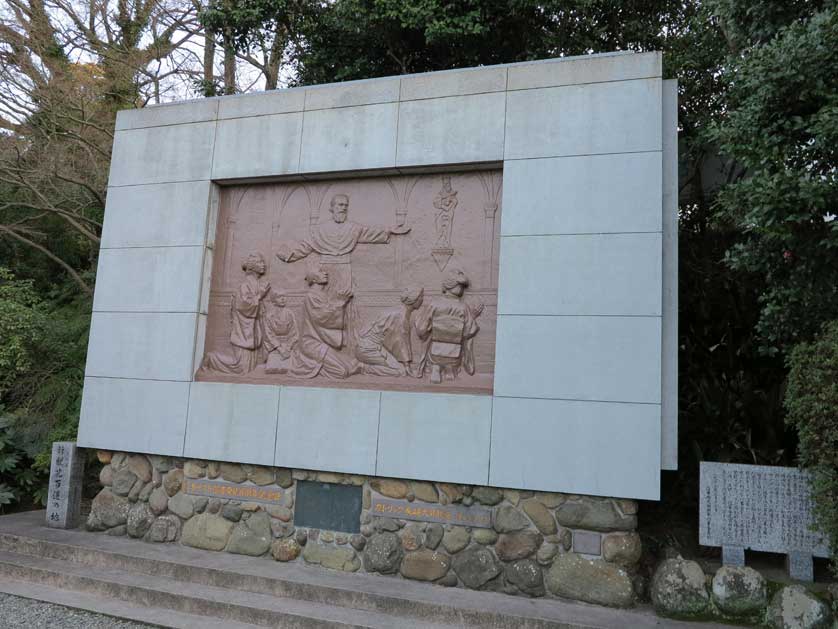 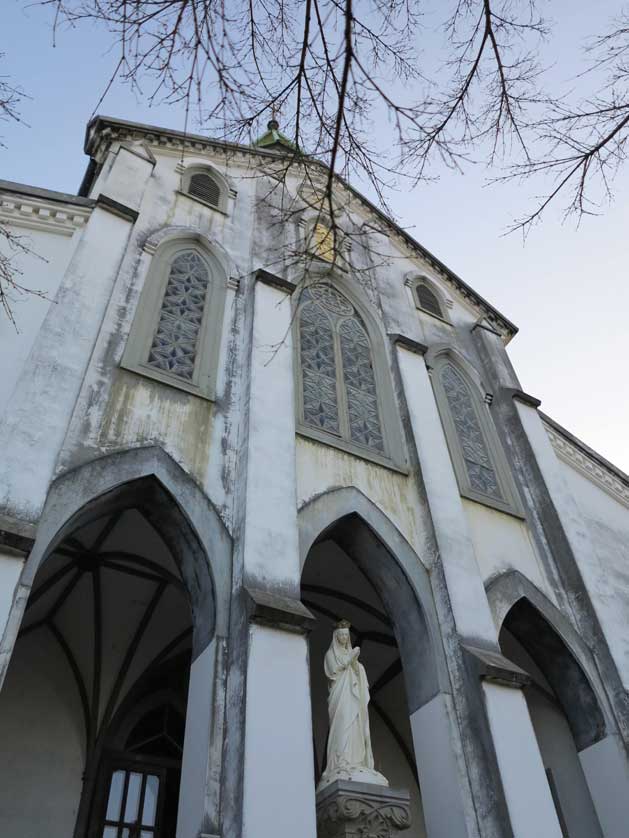 The original church attracted a number of kakure kirishitan (Hidden Christians), many of whom had returned to Nagasaki from self-imposed exile to escape persecution in such remote places as the Goto Islands and Hirado. A bronze relief in a courtyard below Oura Church is a memorial to this remarkable event in the history of Christianity in Japan.

Both the stained glass windows and a white marble statue of the Virgin Mary commemorating the Shimabara Rebellion were imported from France and installed in the church.

Oura Cathedral was designated as a National Treasure in 1933, the first such western-style building to be so honored. 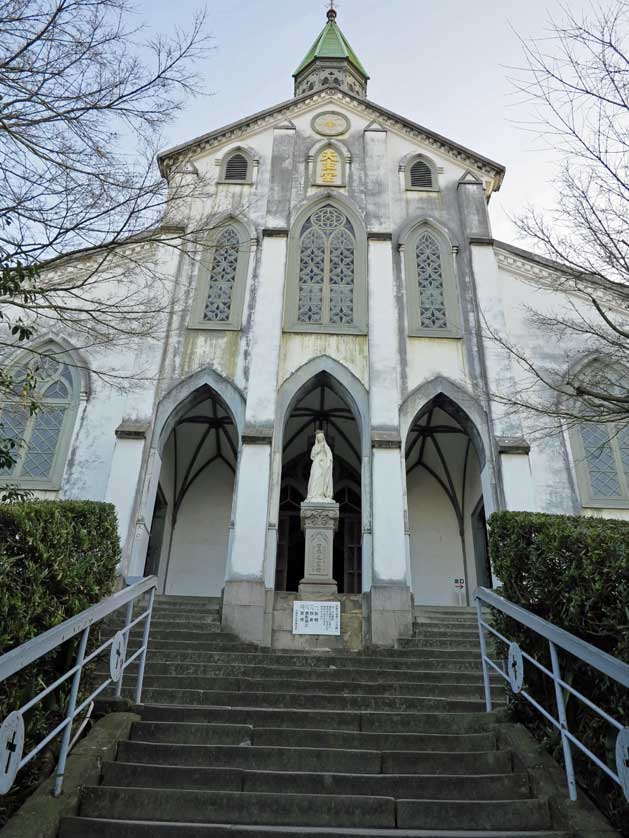 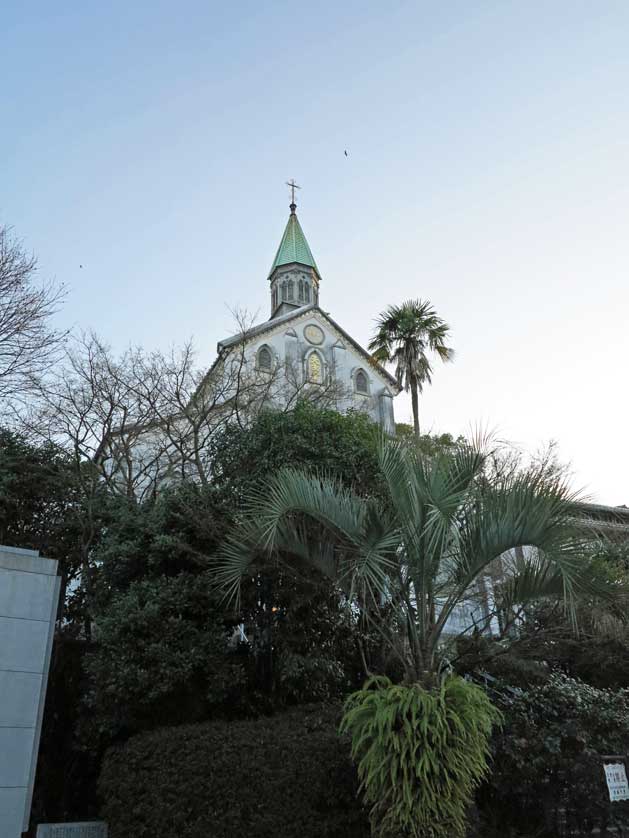 Oura Catholic Church a short walk from the Ishibashi tram stop on streetcar line 5 (green line). Nearby is the Confucius Shrine, the western-style houses in Higashi-yamate and Hollander (Dutch) Slope. Among the many Christian churches in Nagasaki, Oura Catholic Church ranks with the Urakami Cathedral in importance and is the more visited of the two, appealing to Japanese people attracted by its exoticism and its freedom from any sense of guilt stemming from the tragic events of World War II. 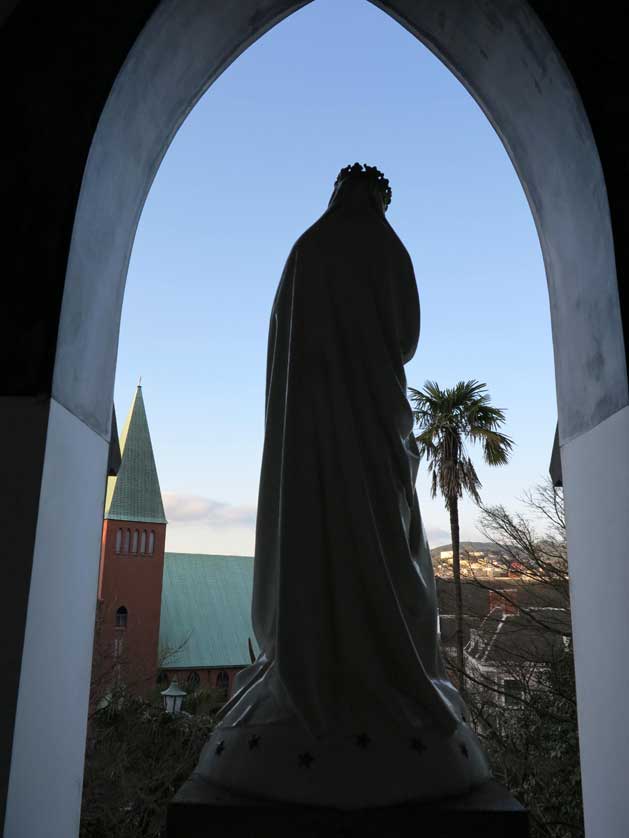 View from the entrance towards the sea, Oura Catholic Church

From $53 per person
Discover all our activities in Nagasaki (150)