Twenty-six Martyrs Museum Nagasaki dedicated to the 26 Christian martyrs executed on the orders of Toyotomi Hideyoshi.

The memorial to the Twenty-six Martyrs and the adjoining Twenty-six Martyrs Museum in Nagasaki commemorates the twenty-six men who were crucified on the orders of warlord Toyotomi Hideyoshi on February 5, 1597 on Nishizaka Hill, not far from present-day Nagasaki Station. The victims had their right ears cut off and were forced to walk from Kyoto to Nagasaki with their hands bound. On Nishizaka Hill they were then lanced on the cross with spears thrust diagonally through their bodies. 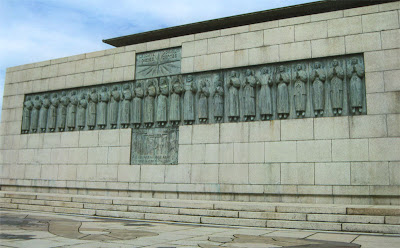 Shrine of Twenty-Six Martyrs in Nagasaki

An outdoor sculpture in the shape of a cross by Yasutake Funakoshi was erected in 1962 to mark this important event in the history of Christianity in Japan.

The Twenty-six Martyrs Museum at the site has an excellent collection of historical artifacts relating to the introduction of Christianity in Japan. These include original statues of the Virgin Mary, disguised as Kannon, the Japanese goddess of mercy. In addition, there are on display historic reliquaries, paintings, statues, carvings, books, maps, prints and fumi-e. The latter metal images of Jesus or Mary, that Christians were forced to stamp on to renounce their faith following the crack-downs on Christianity at the beginning of Tokugawa rule in the 17th century. 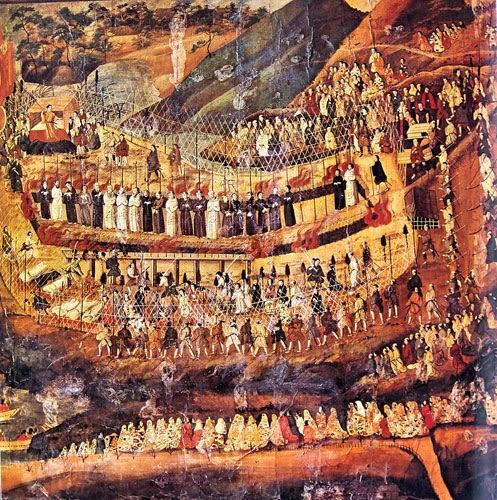 The highlight of the Twenty-six Martyrs Museum is an original letter written by Francis Xavier to King John III of Portugal. 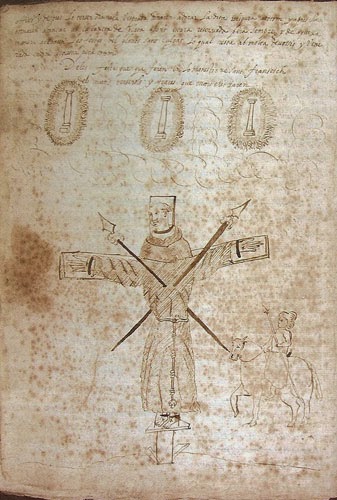 Luis Frois, the most prominent Jesuit in Japan at the time and once friend of Oda Nobunaga, attended the executions. However, the Portuguese priest was to die just a few months later. A plaque at the site marks his life as a priest in Japan. 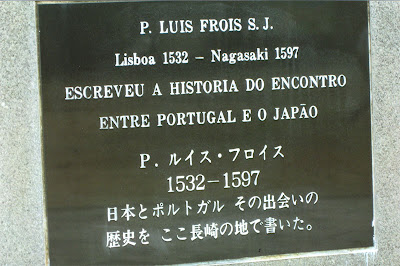