Nagasaki on the west coast of Kyushu was devastated by the second atomic bomb to be dropped on Japan, three days after the first bomb attack on Hiroshima.

Approximately 70,000 people were killed as a result of the bombing and a further 70,000 later died of subsequent radioactivity-related illnesses.

The attack on August 9, 1945 from the US B-29 bomber Bockscar occurred at 11.02 am with the "Fat Man" bomb exploding at a height of around 500 meters above the historic port city. Six days later Japan surrendered and the Pacific War was over. 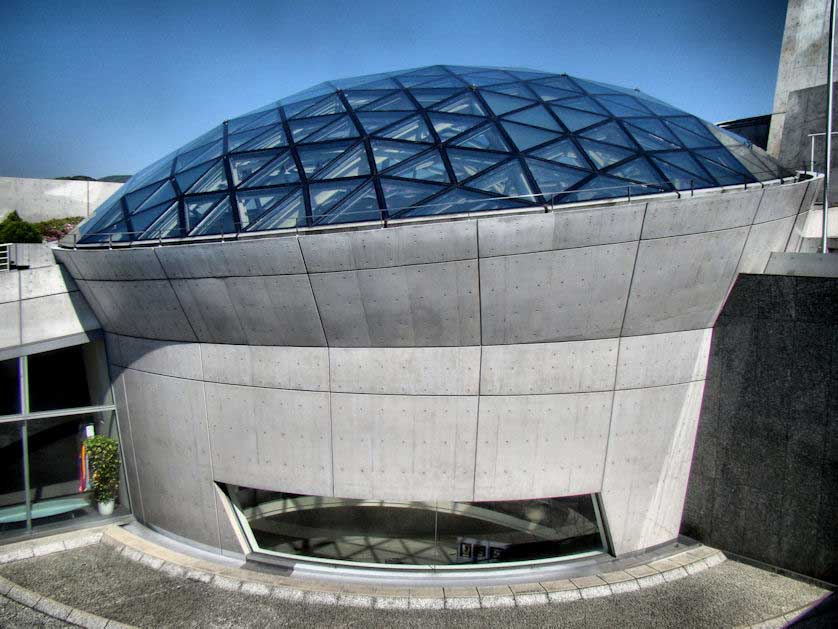 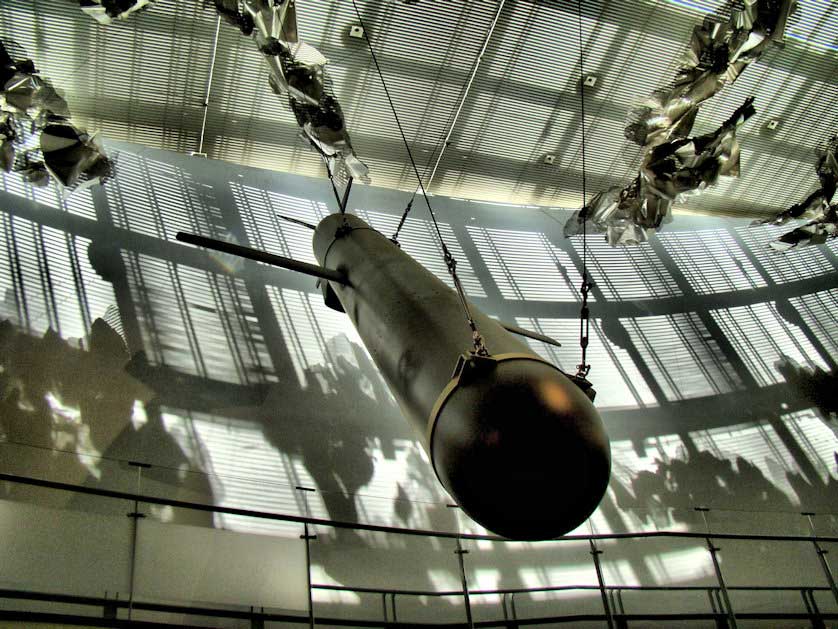 There are four main sections to the museum. The first section introduces the city and culture of Nagasaki just before the bomb struck. The second section concentrates on the damage caused by the bombing. The third section places in context the issues of war and atomic weapons and the last section is a video room showing documentary movies related to the atomic bombing.

There are also lecture halls where survivors of the attack give presentations of their experiences and conferences are held. 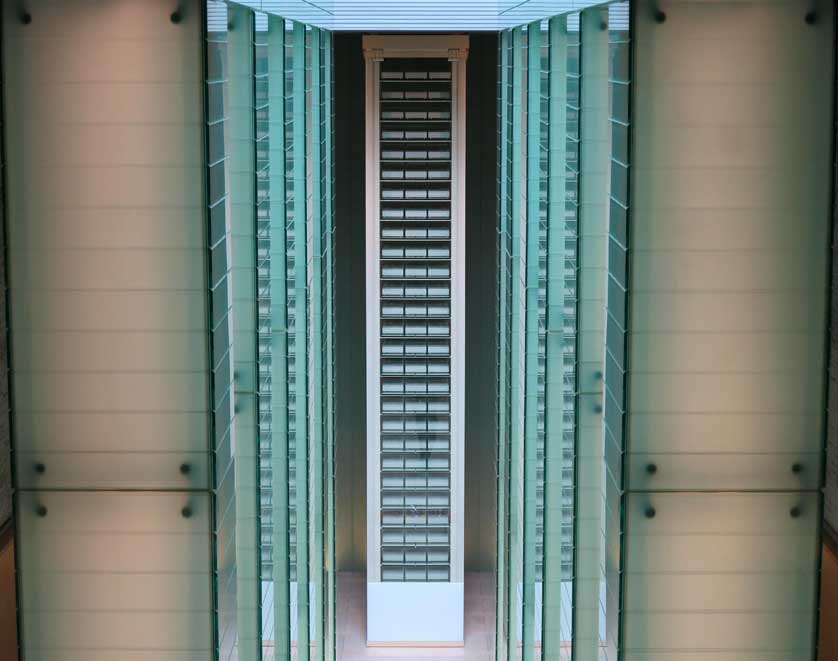 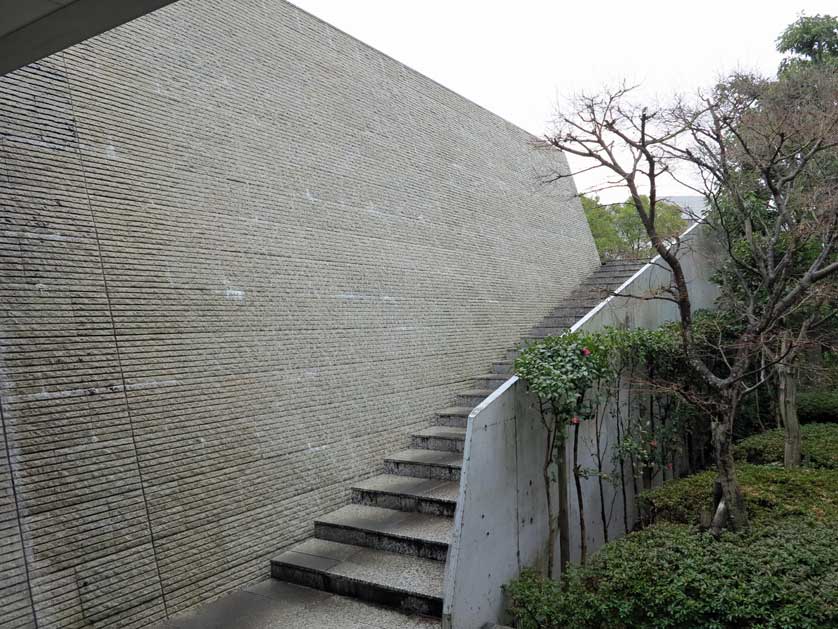 Photographs, documents and original objects showing the damage are displayed and can be very upsetting, especially for young children.

The graphic images show the damage caused by the heat and the subsequent fires after the explosion in Nagasaki. Urakami Cathedral, Nagasaki Prison and the Iwakawa-machi area are all shown in ruins.

Among the many original objects on display melted coins, twisted school staircases, scorched stones and burnt clothing all testify to the havoc caused by the tremendous heat and blast of the explosion.

Water, for which the victims of the bomb cried out for in their agony, is a centerpiece of the museum and its grounds. 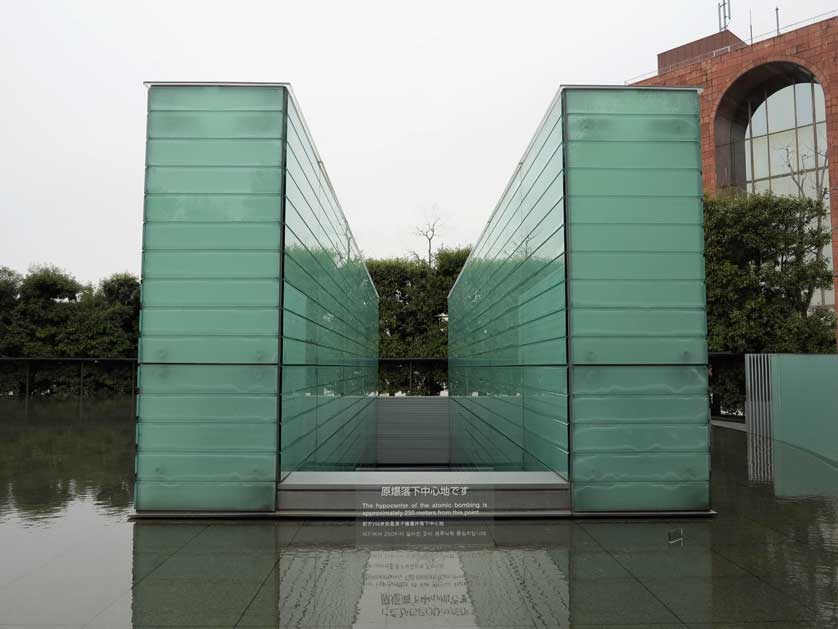 Atomic Bomb Museum, Nagasaki with the Nagasaki Museum of History and Folklore in the background on the right

Access - how to get to the Nagasaki Atomic Bomb Museum

The Nagasaki Atomic Bomb Museum is located close to Nagasaki Peace Park and next door to the Nagasaki National Peace Memorial Hall for the Atomic Bomb Victims, which opened in 2003.

The Nagasaki Atomic Bomb Museum is a short walk from the Hamaguchi-machi stop of street cars #1 or #3.

Buses bound for Nameshi, Togitsu, and Menoto also stop at Hamaguchi-machi. The Nagasaki Museum of History and Folklore is also close by. From here it is a short walk of about 500 meters uphill to the Urakami Cathedral and the Nagai Takashi Memorial Museum (Nyokodo). 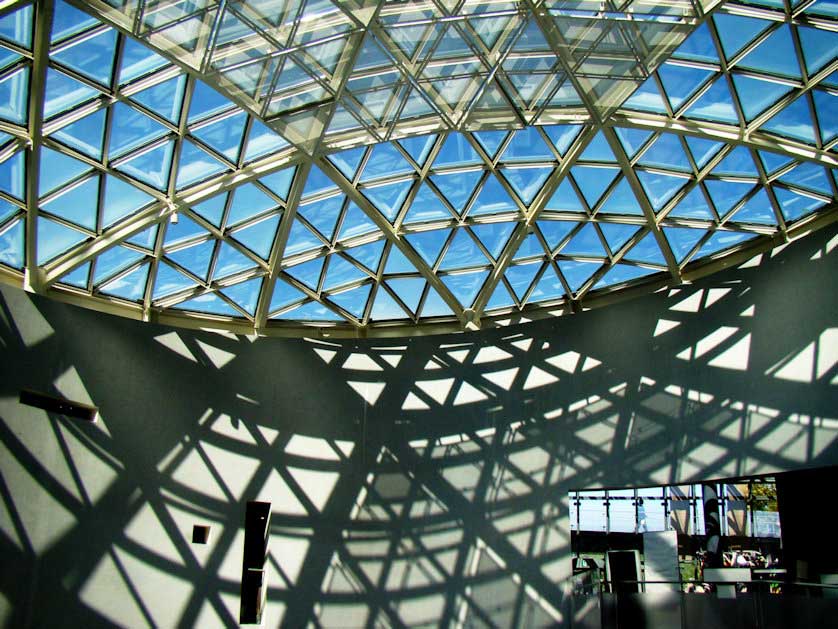