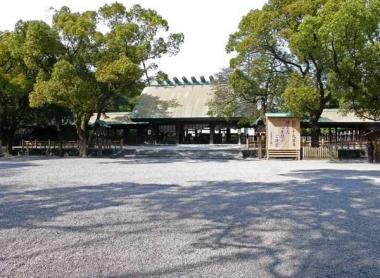 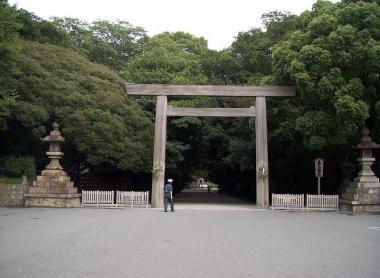 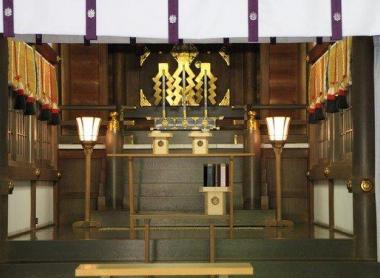 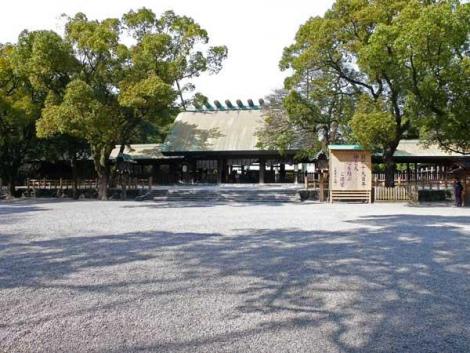 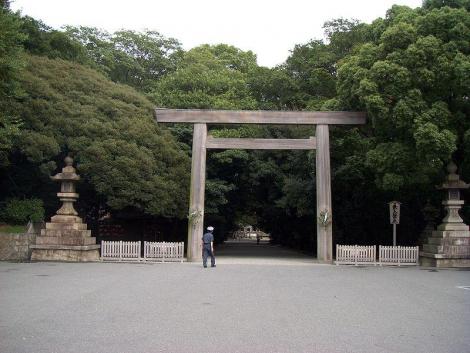 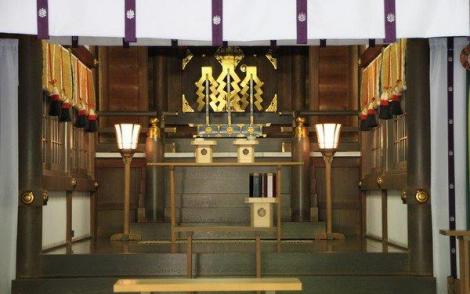 Dedicated to the sun goddess Amaterasu, the most sacred Shinto goddess (it's believed she started the imperial line), Atsuta Shrine is of major importance in Shinto (second in order of importance behind Ise-jingu).

The beauty of the main shrine of Nagoya, built during the reign of the Emperor Keiko (73-130), has been preserved thanks to the donations of illustrious figures in Japanese history: Oda Nobunaka, Toyotomi Hideyoshi, the Tokugawa clan... the list goes on.

It was built to host the Kusanagi-no-Tsurugi, the "saber to cut grass", offered by a descendant of Amaterasu (the father of Jinmu Tenno, the first emperor of Japan). This sword, the equivalent of Excalibur in medieval European mythology, is one of the three sacred treasures of Japan, along with the bronze mirror Yata-no-Kagami and the jewel Magatama.

These three legendary objects symbolize the imperial virtues and attest to the sanctity of the ruling family. But do they really exist? Only a small number of people are ever allowed to actually see them: the Emperor, and some very senior Shinto priests.

Although access to the treasury (the room where the sword is kept) is not possible, the shrine is still a really interesting place. The 70 festivals and ceremonies (weddings, Noh performances, dance ...) hosted by the huge park shrine liven up the place throughout the year. The park contains many old trees.

Do not miss the bunkaden (Museum of Treasures) of the shrine, which contains precious relics, including a designated national treasure, dagger, sword blades, mirrors and more...

The Osu Kannon temple of the Shingon Buddhist sect, houses fabulous treasures despite a turbulent history!