The Japanese Garden at Expo Park in Osaka were built for the World Expo of 1970 and introduce foreign visitors to traditional Japanese garden types.

The Japanese Gardens at the Expo Memorial Park in Osaka are less than 50 years old, yet for those with an interest in traditional Japanese gardens it has a lot to offer as it showcases the many different styles of garden that have been enjoyed by the Japanese over the past 1,000 years or more. 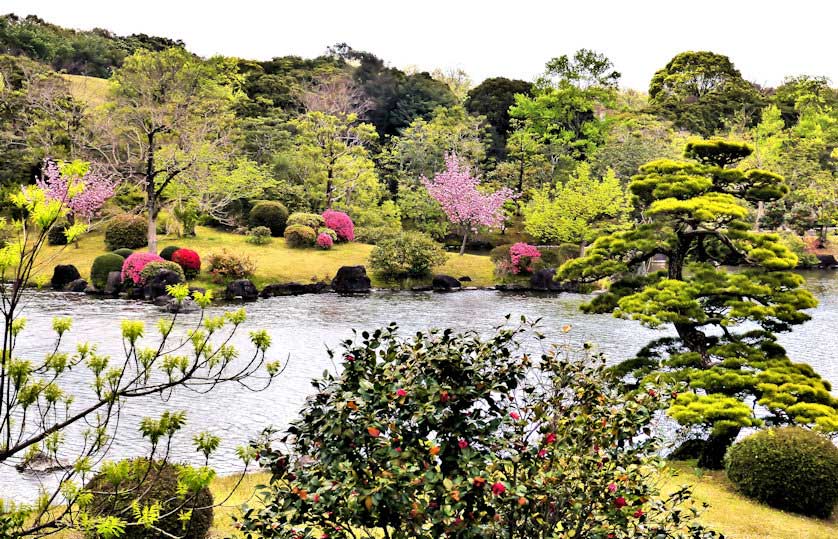 The Japanese Garden at Expo Park 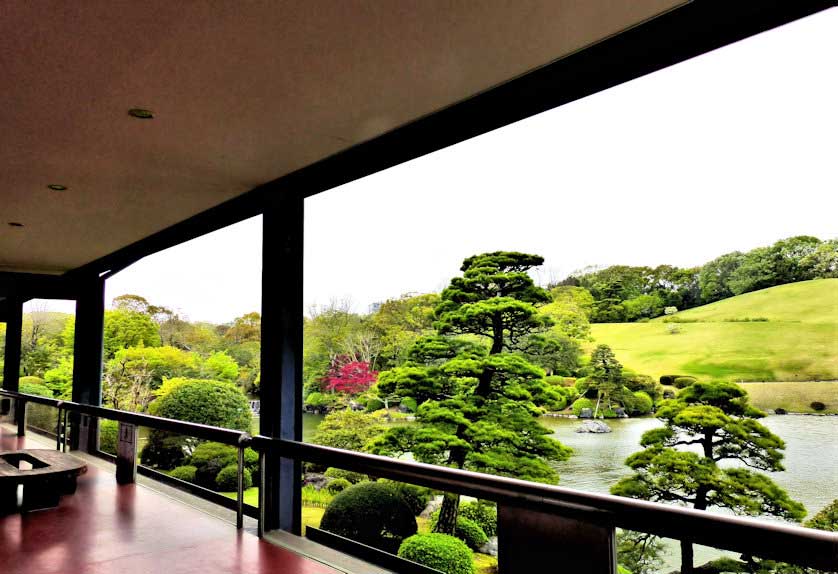 The view from the rest house at the Japanese Garden in Expo Park, Osaka

The gardens were built for the World Expo of 1970, and meant to introduce foreign visitors to the variety of traditional garden types throughout Japanese history, and is really four different gardens which flow into each other.

Consequently it is much bigger than other gardens, measuring 1,300 meters from east to west and about 200 meters wide covering 64 acres in total. It was designed by Taji Rokuro who was also responsible for the Osaka Castle Park. The four styles are Ancient, Medieval, Early Modern and Modern. 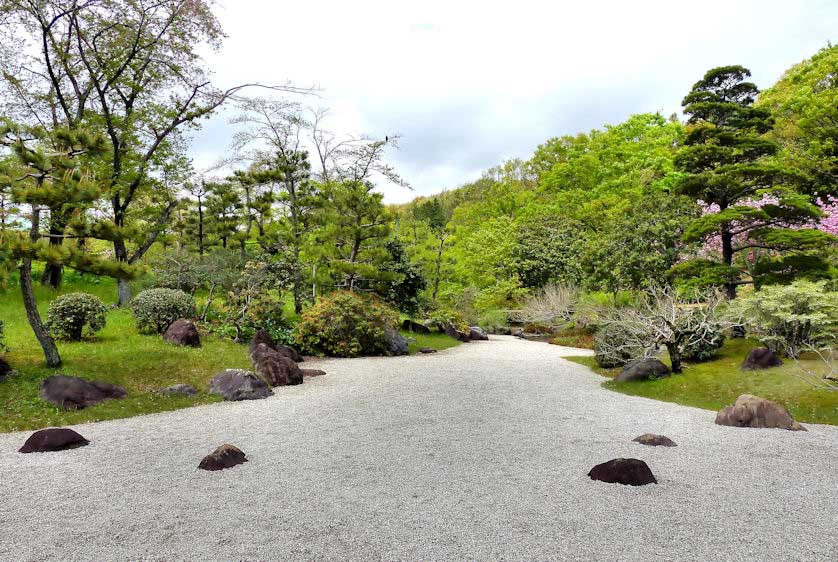 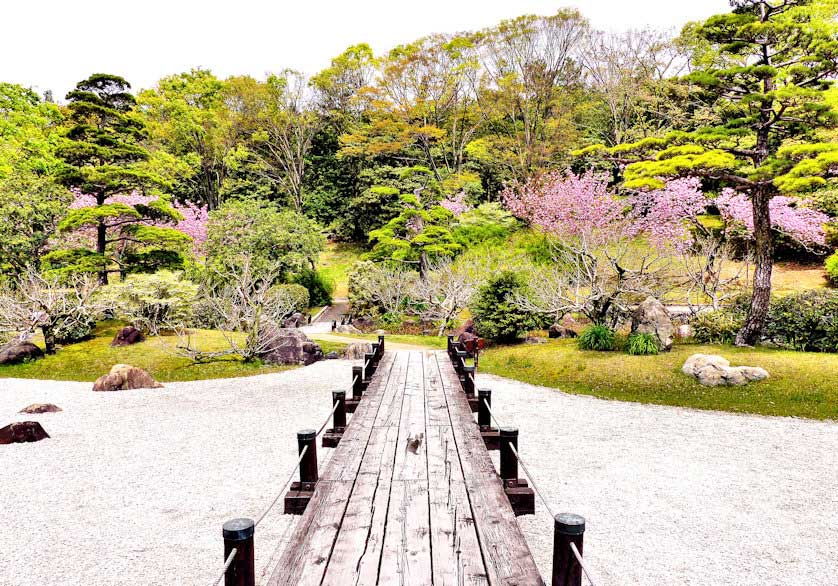 Bridge over the karesansui garden at the Japanese garden in Expo Park, Osaka

The ancient style of garden dates from the Heian Period (794-1185), and like much of the culture of the ruling elite of Japan, the design of the gardens were introduced from China.

This style of garden usually included a water source such as a spring or small waterfall, with jagged rocks representing mountains and flat areas along the watercourse representing beaches.

Famous gardens of this style can be found at the Byodo-in in Uji and at Shinsen-en in Kyoto.

The medieval style of garden is from the Kamakura and Muromachi periods of the 12th to 16th centuries.

The greatest influence on garden design in this period was the introduction of Zen Buddhism. This was when the karesansui, the dry gardens, were first introduced, with raked sand used to represent water. 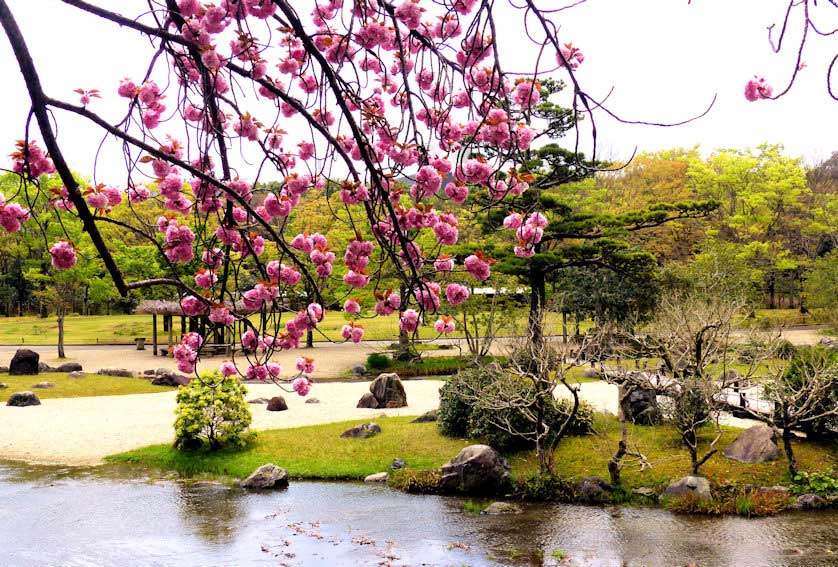 This was also the time of the flowering of tea culture and the tea ceremony so many gardens incorporated one or more tea houses into their design. The world famous garden at Ryoan-ji in Kyoto and the one at Daisen-in, a sub-temple of Daitokuji, also in Kyoto, are excellent examples from this period.

Early Modern refers to the period from the 17th century until the 19th century and is often referred to as either the Edo Period or the Tokugawa Period. 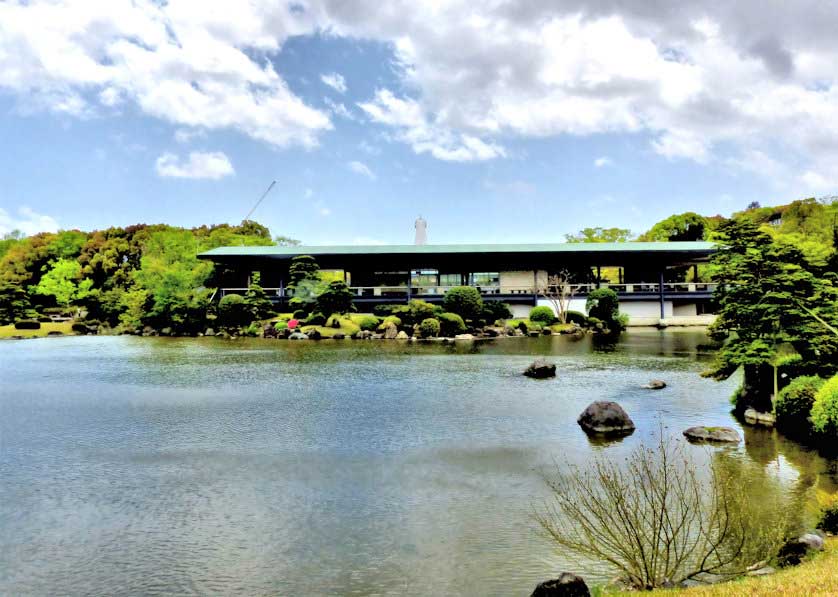 This was the time of the Chisen Kaiyushiki style of strolling garden and many daimyo (feudal lords) built quite large ones that are more park-like.

Usually featuring a largish body of water around which paths took the visitor in and out of different sections and offered different views.

Many features from earlier garden styles are often incorporated. Often found in close proximity to the castle, famous examples would be Koraku-en in Okayama City and Kenroku-en in Kanazawa.

The Modern style of garden is a twentieth century creation. Obviously influenced by formal gardens of the West, for the first time Japanese gardens became "abstract", that is to say that up until this time the gardens were representations of landscapes, sometimes real landscapes, sometimes imaginary landscapes, in a similar way that a painting can be a representation of a landscape, but now a garden could just refer to itself and a whole new set of criteria could be used in its design.

The garden here at the Expo Park includes elements from all for historical styles and is therefore a wonderful place to begin if you are new to Japanese gardens and want to start to make sense of them.

The English language pamphlet offers full explanations. There are three tea houses within the grounds. The smaller ones are only open during November during the maple viewing period, but the larger one is open all year round.

There is also a koi pond as well as koi in the largest pond, the Shinji-ike, so named because it is in the shape of the kanji "shin" - meaning heart. 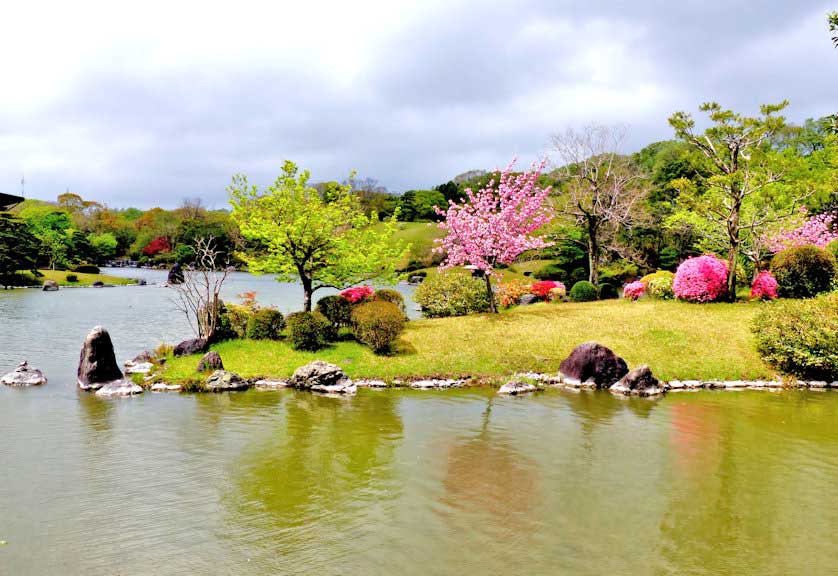 Shinji Pond at the Japanese Garden in Expo Park

Open from 9.30 am to 5 pm. Closed Wednesdays or the next day if Wednesday is a National Holiday. Closed from Dec 27th to Jan 7th.

250 yen for adults 70 yen for kids. The entry fee also includes entry to the other gardens in the Expo Park.

Expo Park is a 15 minute walk from either the Bampakukinenkoen or Koen-higashiguchi monorail stations.

The #112 Hankyu Bus from Hankyu Ibaraki-shi Station runs on weekends and public holidays to Nihon Teien Mae bus stop from where it is a 15-minute walk to the park.

The National Museum of Ethnology is also within Expo Park. 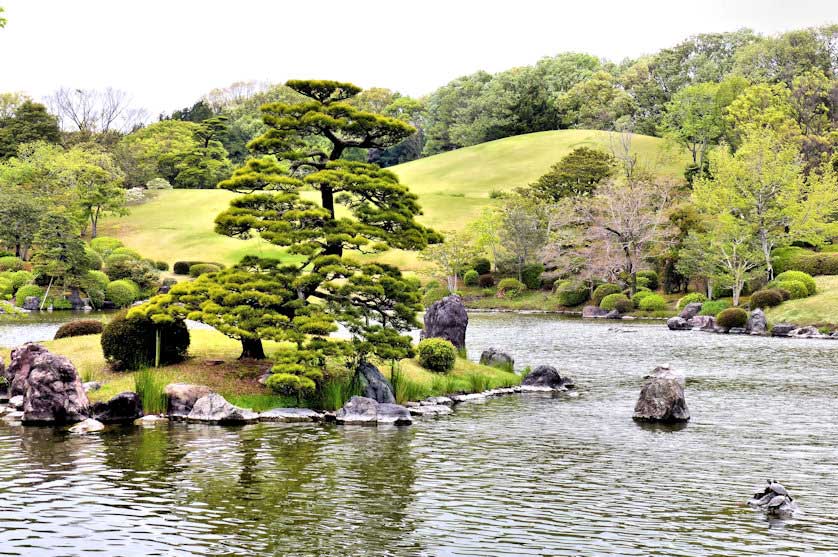