Zentsuji in Kagawa Prefecture in northern Shikoku near Takamatsu is number 75 and the largest of the 88 Sacred Temples of Shikoku - an ancient pilgrimage route that circles the island of Shikoku.

The route is now increasingly popular with foreign visitors to Japan and can be done on foot, by bicycle or by car. 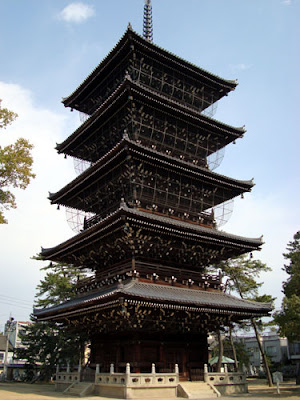 The temple was the home of Kobo Daishi (Kukai), the founder of the Koyasan temple complex in Wakayama and one of the most influential Buddhist priests in Japanese history. Kobo Daishi is reputed to have been born in the area and to have grown up in the temple.

The huge, tree-lined grounds have a number of sub-temples and an impressive five storey pagoda. Under the main temple building (Meido) it is possible to walk through a dark passageway feeling your wall along a wall painted with mandalas and other religious icons as you symbolically re-enact the path to enlightenment of the historical Buddha. 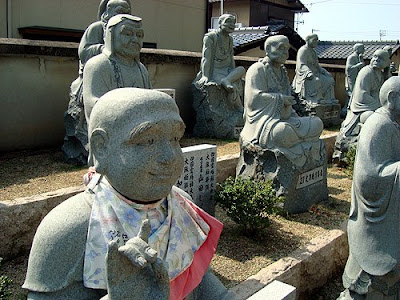 In later life, Kobo Daishi was responsible for the building of many of the sub-temples in the Zentsuji complex and there is a statue of the great man in the Kanchi-in sub-temple.

The temple is a 15 minute walk from JR Zentsuji Station on the JR Dosan Line. Alternatively, it is a five minute drive from Zentsuji Interchange on the Takamatsu Expressway.

Zentsuji Station is one stop north on the JR Dosan Line from Kotohira, a station serving the nearby Kotohiragu Shrine at Konpira.

The area around Zentsuji is also the home of the square watermelon which is grown in special cubic cases. 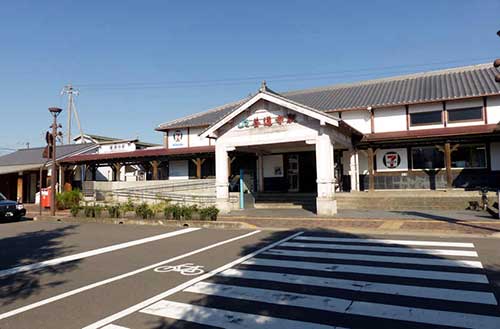