Koyasan Mountain (Mount Koya) in Wakayama Prefecture is a UNESCO World Heritage Site. It's one of the sacred sites and pilgrimage routes of the Kii Mountain Range. Koyasan sits on the beautiful forested Kii Peninsula and is characterized by long avenues of tall Japanese cedars and hundreds of temples and gardens.

Behind the windows of the regional train departing from Osaka, bucolic landscapes pass by. Soon, homes became scarce and the hills took on a woody, airtight mantle. Nature is omnipresent. Few people arrive at the terminus, at the foot of mountain.

There, a red and white funicular, similar to a child's toy, lifts its passengers to the monastic city, through tunnels of hydrangeas. The journey has not yet come to an end since the last kilometers, sacred, cannot be covered on foot. Koyasan is not easily offered and it is by bus that visitors arrive at their destination, in the heart of the city. In the past, pilgrims entered the sacred enclosure through the Daimon, the old gate, while women, who only had access to the complex in 1872, stopped at Nyonindo.

Koyasan Mountain is an important pilgrimage site for followers of the Shingon Buddhist school. Shingon Buddhism is a form of esoteric or Tantric Buddhism introduced to Japan in the 9th century by the monk Kukai (774-835), who was known after his death as Kobo Daishi.

He is a mythical figure in Japanese history, credited with inventing the Hiragana script, as well as a distinguished scholar, court official, poet, linguist and calligrapher. After receiving permission from Emperor Saga to build a Shingon temple complex and a religious retreat in Koyasan, work began on the site in 816.

Pilgrimage and tourism to Mount Koya

Koyasan has been open to tourism since the middle of the 20th century. The temples practicing shukubo, accommodation until then reserved for pilgrims, quickly turned into hotels with rooms equipped with televisions and were a huge success. The commodification of the sacred has not spared Mount Koya and it is not uncommon to see monks in cassocks gone shopping behind the wheel of their luxury cars. Today, accommodations at Mount Koya quickly sell out in spring and autumn.

Yet the spirit of Koyasan is still very much present. Even overtaken by modernity, the community still lives out of time. The local specialty, gomadofu, is still made according to the oldest traditions at the Hamadaya boutique and in 2004, the city was included on the UNESCO World Heritage List. Even bad tongues cannot deny the unique and deeply spiritual experience of staying in Koyasan. After a day or a year, it is impossible to set foot on the ground unchanged.

The temples of Mount Koya, and what to see in Koyasan

Among the seven thousand inhabitants of Koyasan, almost half are monks and the remainder consists of their families, resulting from the marriages which occurred after the arrival of the women. With 110 active temples still, the city, headquarters of the Shingon Buddhist school, remains an influential religious center. 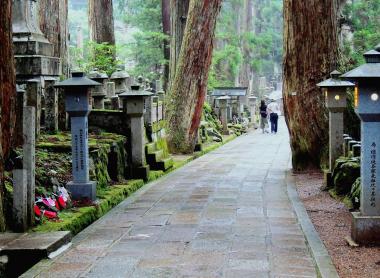 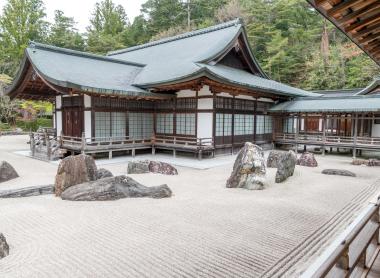 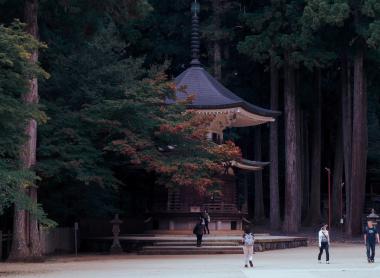 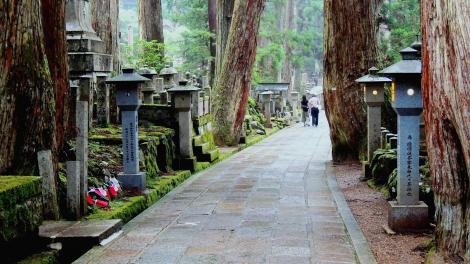 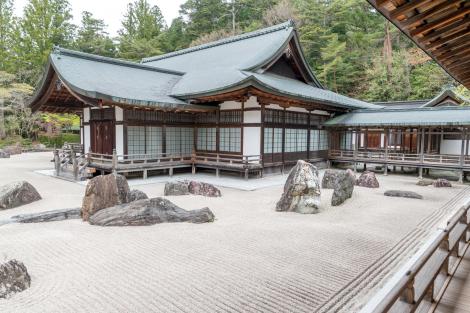 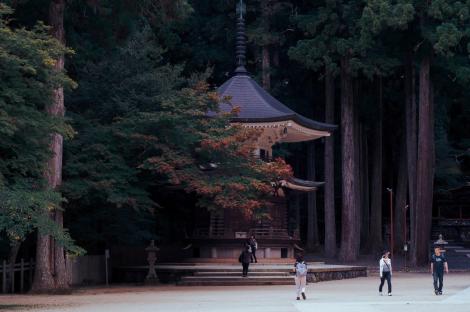 Legends surrounding the existence of Kôbô Daishi abound and many believe him still alive, meditating deep in the Okunoin cemetery, where his mausoleum is located. Covering a large part of the east of the city, this forest with a thousand burials is not without participating in the mysterious aura of Mount Koya.

Okunoin, (or the "Inner Temple") is Koyasan Cemetery: a magnificent and mysterious necropolis of vast cedars and mossy gravestones east of central Koyasan.

The 500,000 graves in Japan's largest cemetery, it is estimated, include the graves of important historical figures. The most famous is that of Kobo Daishi, whose mausoleum is located here. It is also the resting place of warlord Oda Nobunaga, and monks Dogen, Honen, Nichiren and Shinran. There are also war memorials and even the graves of some important Japanese companies (Kirin Beer, Nissan, Toyota).

There are English guided night walks through Okunoin. Tickets can be purchased at the Eko-in Temple and start at 7:15 PM the same evening, depending on the availability of a monk to guide your group, and the weather

How to get around Koyasan?

There are local bus services between the cable car station and Ichi-no-hashi. Another option for getting around is bicycle rental in Koyasan and can be hired from the Koyasan tourism office.

Car rental is a good option for exploring Koyasan and the nearby Kumano Kodo area. Cars can be hired at Nanki-Shirahama Airport and Kii-Tanabe Station. The trip from Kii-Tanabe station to Koyasan takes three hours.

How do I get to Koyasan?

There are a few daily flights from Haneda Airport to Nanki-Shirahama Airport, about a 3 hour drive from Koyasan.

From Wakayama to Koyasan, take the JR Wakayama Line to Hashimoto, then change to the Nankai Koya Line.

From Kyoto and Kobe to Koyasan, it is faster to go through Osaka station. There are Kintetsu Line trains to Namba Station from Nagoya which take 2 hours or take the shinkansen to Shin-Osaka Station (50 minutes) and then change to the Midosuji Subway Line for connections to the south to Osaka.

From Gokurakubashi Station, the cable car takes five minutes to reach Koyasan. It costs 510 yen for a one-way ticket. On weekdays the first cable car is at 5:27 am and the last at 10:42 pm in both directions.