Traveling by monorail in Japan 日本のモノレール 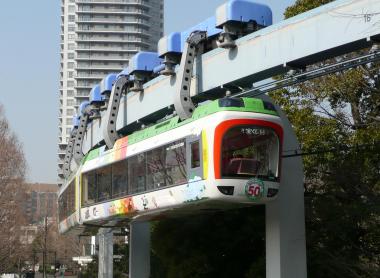 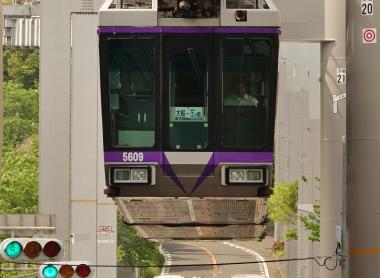 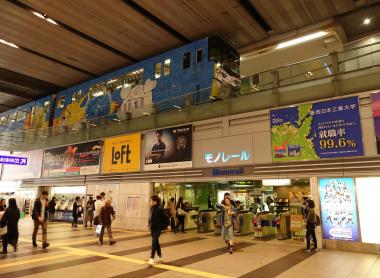 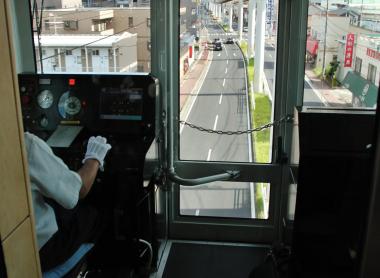 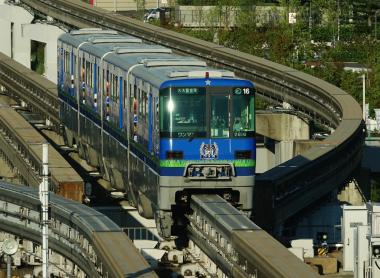 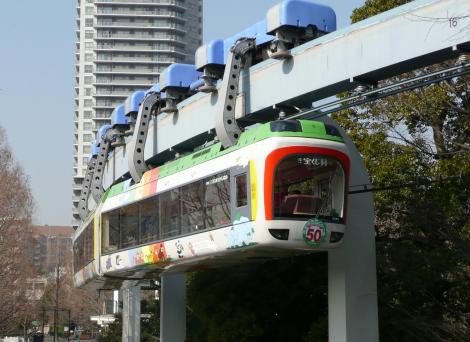 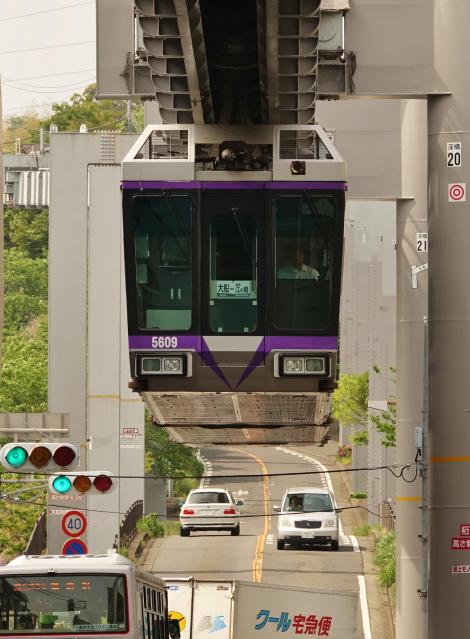 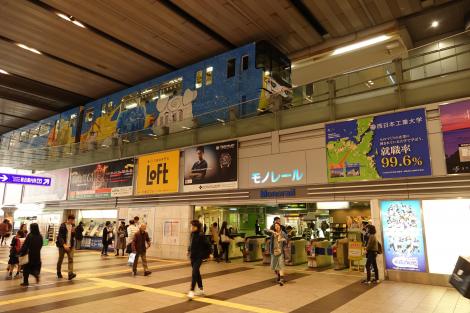 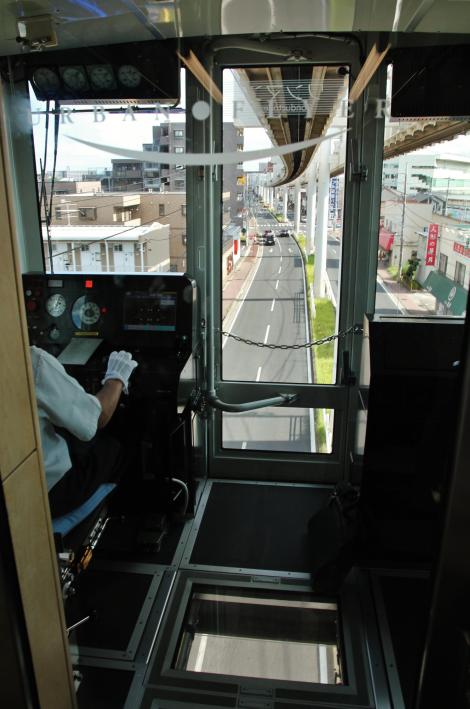 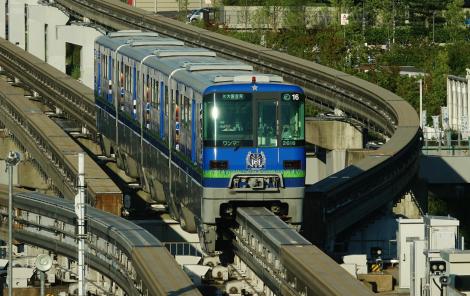 The monorails of Tokyo and beyond

Unlike other countries, such as the United States, Japan has perfected its rail system, including the monorail, which is more practical due to its fast and economical production, but above all built above ground to save precious land space. A monorail makes much less noise than a conventional rail train, is always on time and has a much greater capacity than a bus serving in several major Japanese cities.

It was in 1951 that a very first test monorail on a 200m line was installed in the Toshima-en park.

Then, in 1957, in the zoo of Ueno, a line was built for a test to replace the Tokyo trams of the time, which is why the Bureau of Transport of the metropolis of Tokyo always occupies this line. A suspended monorail, modeled after the pioneer of the genre, the Wuppertal suspended monorail in Germany, then opened.

But the Ueno Zoo monorail is still living its last moments because it will be permanently canceled on October 31, 2019.

The monorail to go to Haneda airport

The best known, because the most used and emblematic is the one that connects the center of Tokyo, Hamamatsuchô station, to Haneda airport. It is the only one to accept JR Pass users in addition to IC cards.

Inaugurated in 1964 for the Tokyo Olympic Games and derived from the German Alweg system, it remains the symbol of the technological progress of the city at the time. Its 130,000 daily users place it at the top of all monorails.

And if you want to make good pictures of the different materials, Haneda Airport International Terminal Station offers a scenic viewpoint at the end of the platform.

This monorail is also a suspended model, benefiting from the French SAFEGE system (Société Anonyme Française d'Etudes, de Gestion et d'Entreprise) was inaugurated in 1970. The line connects Ofuna, on the JR Tokaido line, to Enoshima , place of relaxation for Tokyoites for a weekend by the sea.

Find yourself a seat as it moves a lot as you "fly" over the city. Impressive but fun, as much as in an amusement park ride! 8 stations over 6.6km of sensation.

In 1985, the city of Kokura, in the north of Kyushu, put its monorail into service. The line will then be extended to take its source in the very station of JR Kokura. The material is still period, with a monorail which receives filming with the heroes of the mangaka Leiji Matsumoto, the creator of Harlock.

The last copy using the suspension and the SAFEGE system, that of Chiba, is also the longest in the world with a line of more than 15 kilometers, in service since 1988. Above the JR station of Chiba, it is very impressive to see the equipment of the monorail lines crossing at several meters in height.

A new monorail was proposed in 2012, the "Urban Flyer", which was originally intended to receive a glass floor to enjoy your journey above the city but was ultimately rejected by users prone to vertigo. A small square of glass is only visible in the driver's cabin. 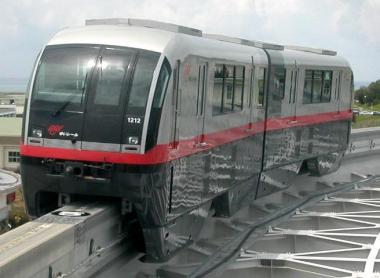 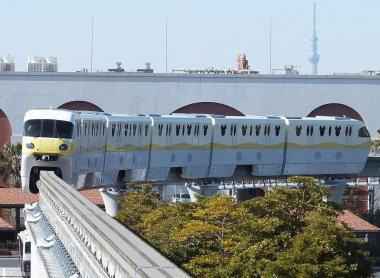 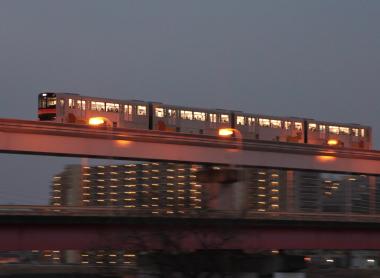 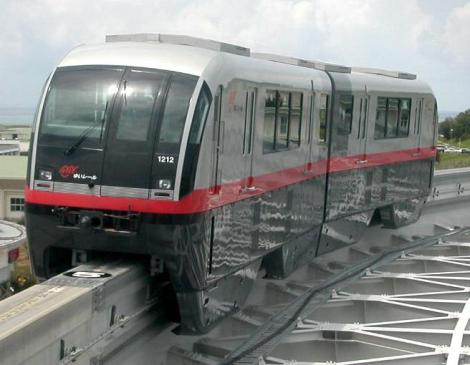 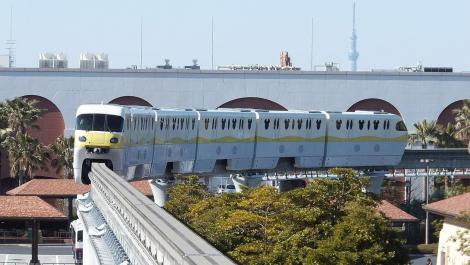 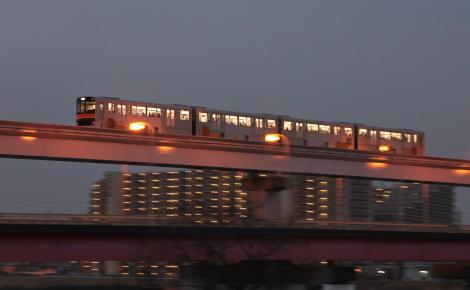 A classic type monorail, therefore on the concrete rail, but very extensive with its 18 stations over more than 28 kilometers, a large part of which is above the ring road. Access to Kansai Airport contributes to its appeal. The city took a long time to get started since it was only inaugurated in 1990, but it now offers a very good network, used by 88,000 daily users.

For fans of the genre who want to appreciate the very particular operation of a monorail system, the Banpaku-Kinen-Kôen station allows you to see the switch changes of two lines from inside the station. A brand new piece of hardware, from the 3000 series, has just been put into service, with a beautiful design.

The Tama Monorail in Tokyo

Opened in 1998, this line quickly became popular as the needs were great with many universities served, as well as the development of urban planning, to such an extent that today more than 100,000 passengers board every day.

Located in the west of greater Tokyo, the line intersects the JR Chuo at Tachikawa. One stretch is impressive when the line crosses the Tama River for 500 meters above a road bridge.

Also called the Maihama Resort line, this monorail line inside the large amusement park dedicated to Mickey and his friends was opened in 2001. It allows you to travel more quickly from one point to another in the park and to the hotels. , forming a loop. The design is fun, all-around with windows in the shape of Mickey's head!

The last monorail line to have been inaugurated is the one located on the island of Okinawa. In 2003, 15 stations over more than 12 kilometers made it possible to connect Okinawa airport to the center of Naha, the capital.

And the line continues to extend since a portion will open soon for 4 kilometers more. For now, only the OkiCA card is accepted, but by spring 2020, all IC cards will be usable on the line.

The Suica and Pasmo Cards

All IC cards (including Suica and Pasmo) are accepted on most of these monorail lines.

Very practical and almost essential for your trip to Japan, discover these transport and payment cards and buy yours with Japan Experience!

Check out a video showing most of these monorails in use... 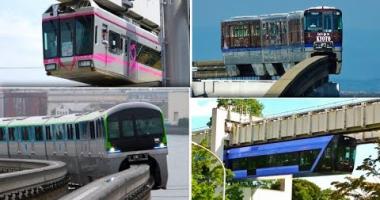