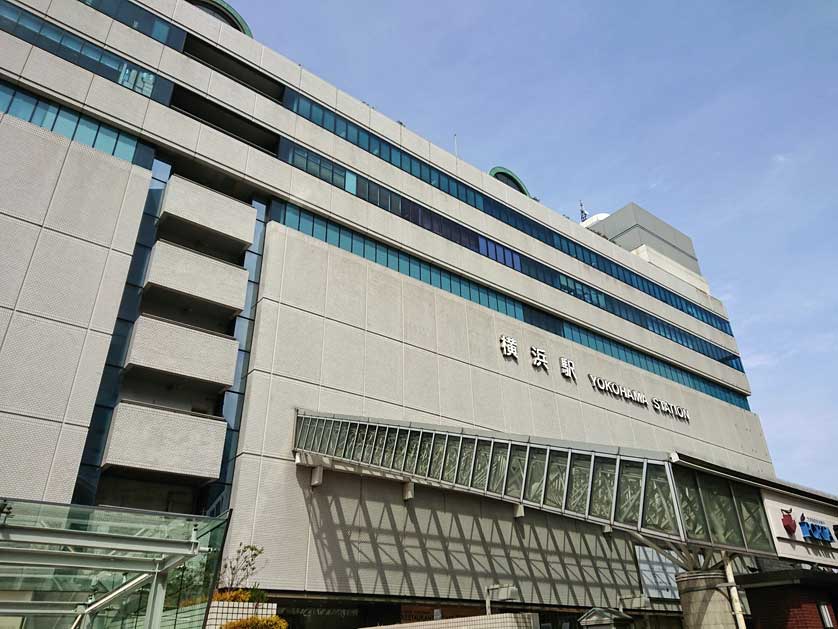 Yokohama Station, located in Nishi-ku in Yokohama, is the main access point for visitors arriving in this port city. Yokohama Station is ranked in the top ten busiest stations in the world.

The Midori no Madoguchi ("Green Window") at Yokohama Station is a staffed ticket office for Japan Rail ticket sales and reservations and is open daily between 6 am and 10 pm.

View Plaza ("Green Window") at Yokohama Station is a staffed travel agency dealing with both Japan Rail and other carriers' ticket sales and reservations and is open daily between 10 am and 8 pm on weekdays, and 10 am and 7 pm on weekends and public holidays.

Yokohama Station is a major rail intersection in the Kanto region. 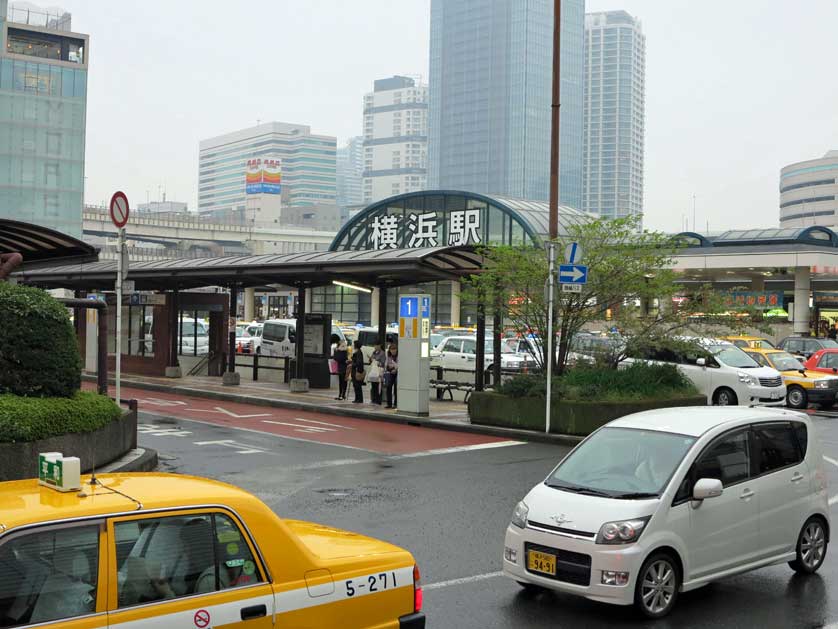 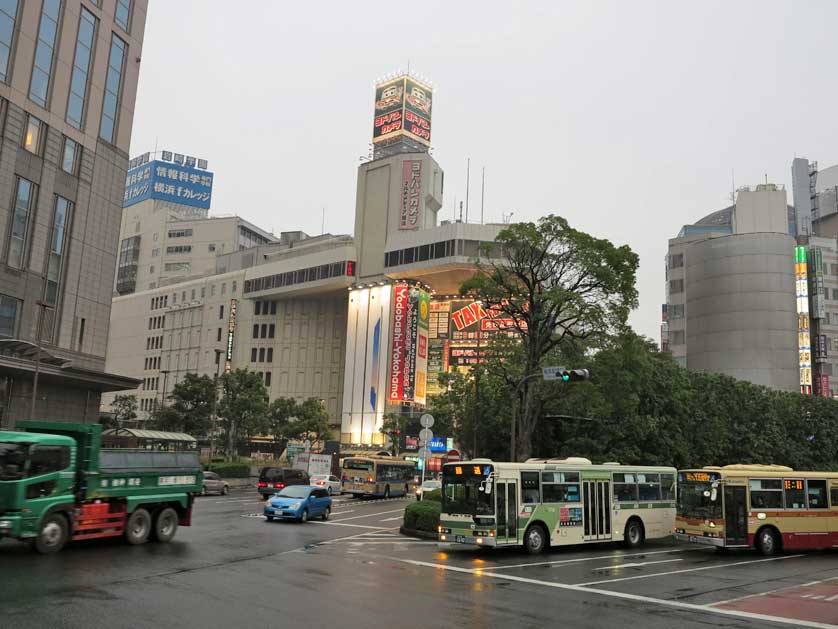 Yokohama Station is also a highway bus and local bus terminus for buses around the Yokohama area, various destinations in the Kanto region and further afield.

There are bus stops at both the West Exit and the East Exit of Yokohama Station.

There are overnight highway buses to Nagoya, Okayama, Osaka, Kyoto, Sendai and Akita. 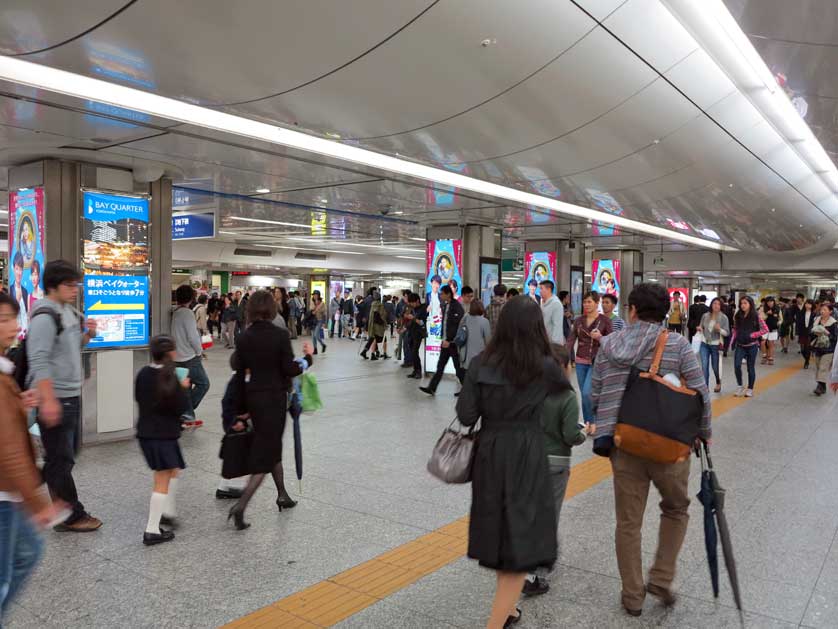 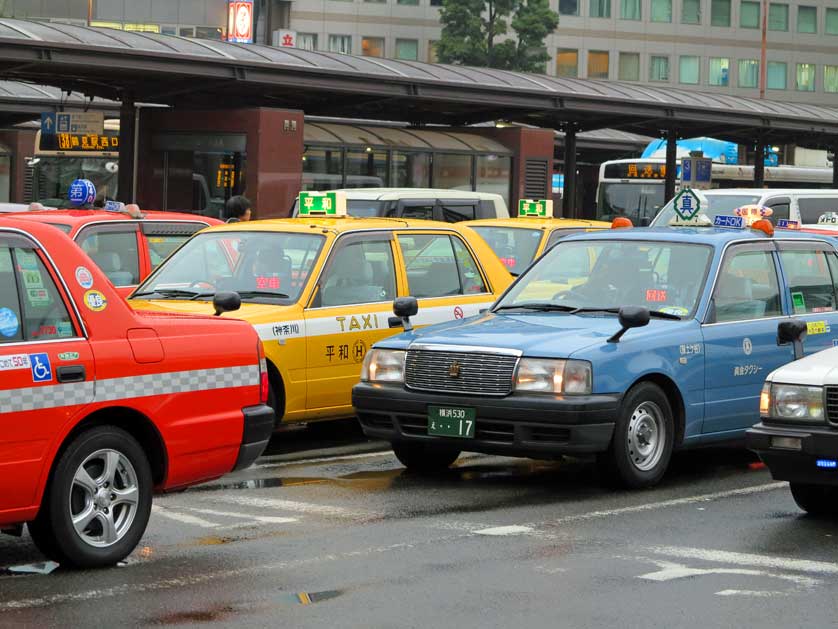 High rise buildings include the Yokohama Sky Building, NTT Yokohama East Building, the Yokohama Mitsu Building, which includes the Hara Model Railway Museum on the second floor and Yokohama More's which has a branch of the popular Tokyu Hands.

Close to the Sogo Department Store at the East Exit of Yokohama Station is the The Port Service which runs the Sea Bass boat service to Minato Mirai 21 Pukarisanbashi Pier, Akarenga and Yamashita Park.

A branch of Yokohama Tourist Office is located in the East-West walkway of Yokohama Station. 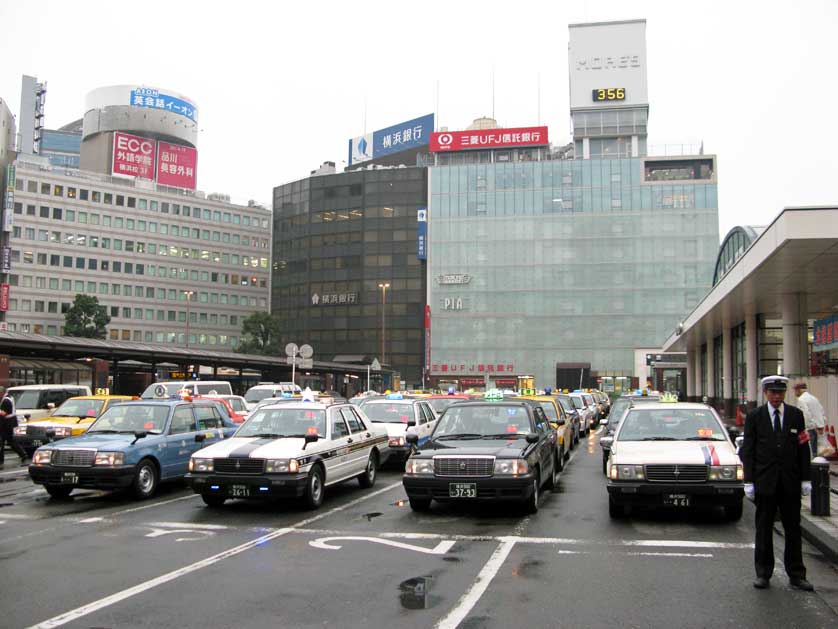 Yokohama Station is a major station in the Kanto area with services on various JR Lines, the Yokohama Subway and the Tokyu Toyoko Line.

Japan is the country of trains, with probably the densest network in the world, the highest traffic... It has therefore developed a culture of train travel unique in the world.

The Chuo Main Line is a Japan Rail-operated railway line that goes between Tokyo and Nagoya, and is not to be confused with the Chuo Line (Rapid), which is the special section of the line that serv

The Chuo Line in Osaka is a municipal subway running west-east from Cosmosquare at Osaka Port to Nagata Station through Hommachi and north central Osaka.