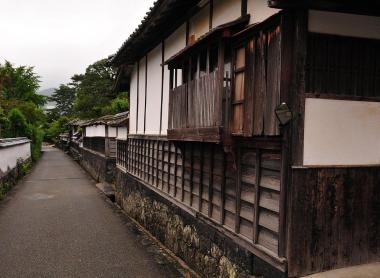 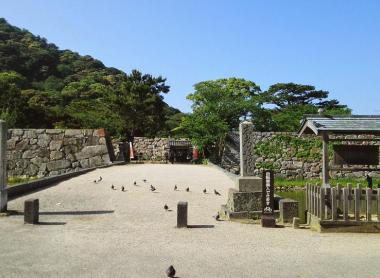 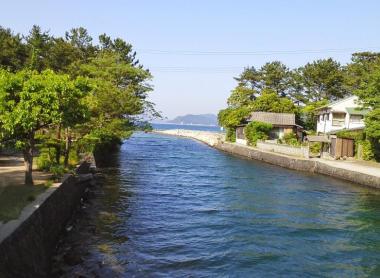 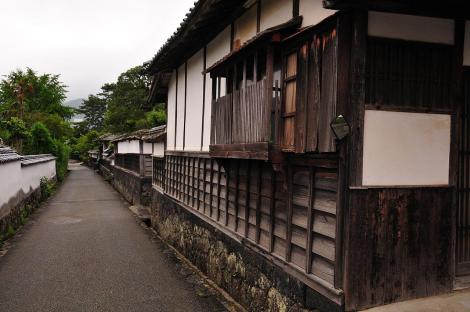 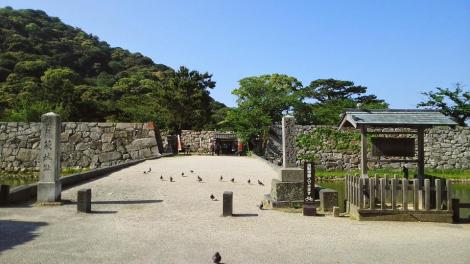 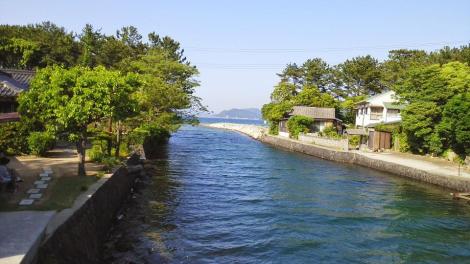 Only a few walls and moats are left of the castle that made the town of Hagi famous. However, there is a preserved part of the town's historic district that remains, which is now home to some interesting museums. In the mid-nineteenth century many figures born in Hagi played an important role in the fall of the Tokugawa shogunate and the advent of the Meiji emperor.

The stronghold of the Mori clan

It was in 1604 that Terumoto Mori, a powerful samurai at the head of the Mori clan, had Hagi Castle built, making the city the capital of Yamaguchi Prefecture (called Choshu at the time) for two centuries. The Meiji Restoration ended the Japanese feudal era in 1868, and the castle was destroyed in 1874. Its remains can still be seen in Shizuki Park, built on the site of the castle, at the foot of Mount Shizuki. It's a short 20 minute walk to reach the top (143 meters high) and once there you can enjoy a nice view of the city.

On the east side of the moat, where the city of Hagi was, is the district of Horiuchi. This is where the upper-ranking samurai resided, while the suburbs of the castle were inhabited by wealthy merchants, scholars or samurai of lower rank. The narrow alleys are lined with large earthen walls on both sides, built to protect the city from invasions. Behind these walls, many samurai houses still remain intact and are open to the public.

The merchants' houses, also used as warehouses, have particularly special walls. Made of earth with a coating of mortar or plaster, they are very fire resistant. In coastal cities like Hagi, these walls have been reinforced further with projecting joints to protect them from the water. They are called namako kabe, literally "sea cucumber walls" because their thick joints are reminiscent of the shape of sea cucumbers! These old residential and commercial neighborhoods, just like the city of Hagi, have been designated a national historic site.

The district of the small Aiba canal, built in the first half of the 18th century, is very picturesque. The canal is lined with old houses, including the splendid Yukawa and Katsuro Taro residences (the latter was named prime minister three times under the Meiji era, then Taisho) which can be visited.

The town is famous for its hagi-yaki pottery, characterized by warm, neutral colors and delicate glaze webbed with fine cracks. The technique was introduced by Korean potters, captured by Toyotomi Hideyoshi's soldiers and brought to Japan in 1692. There are obviously many workshops and pottery shops in the town, especially around Shizuki Park.

The Ishii Museum exhibits a unique collection of ancient chawan, or tea bowls, and you can admire many ceramics of Hagi here. The Hagi Uragami Museum, has a collection of 4,800 ukiyo-e prints, including the famous "Hundred Views of Mount Fuji" by Hokusai and a collection of Korean and Chinese ceramics from the fifteenth century.

The Kumaya Art Museum, located in several warehouses of the Kumaya family's property, houses objects that belonged to this wealthy trading family. There are more than 300 ink paintings, Hagi ceramics, tea ceremony items and other treasures.

Hagi Shiryokan, located near Shizuki Park, is the local history museum and contains a lot of information on Hagi-yaki.

Tokoji Temple, founded in 1691, is a Zen Buddhist temple. Its magnificent wooden buildings and doors are classified as Important Cultural Properties. Behind the temple are the tombs of half of the leaders of the Mori clan; the other half being buried in Daishoin temple. Daishoin is known for its hundreds of stone lanterns lining the path leading to the Mori tombs.

Shoin Shrine, completed in 1955, is dedicated to Shoin Yoshida (1830-1859), a famous intellectual from the city known to have influenced many of the revolutionaries behind the Meiji Restoration. The shrine compound includes Shoin's former residence and a small wooden building, Shokason-juku, where he once taught. 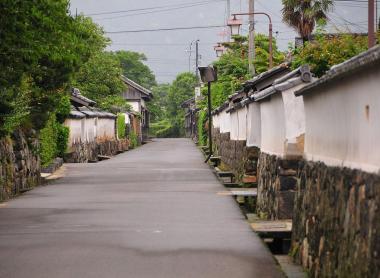 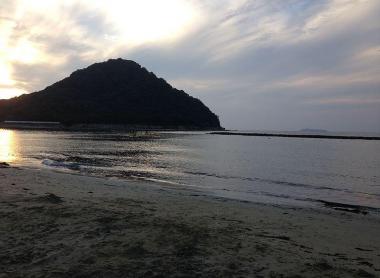 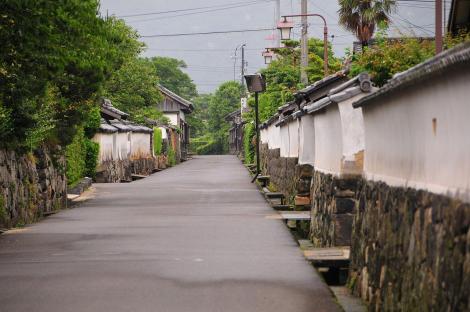 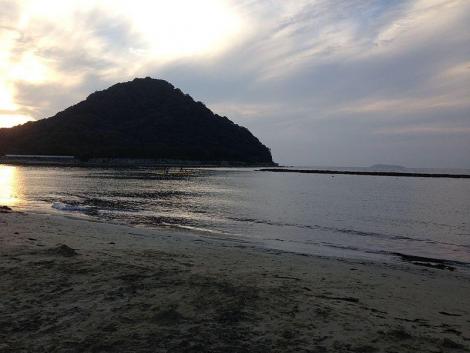 Hagi Castle is located on the Abu River Delta, at the western tip of Honshu Island. Surrounded by hills, the castle was built by the defeated Mori clan after the Battle of Sekigahara.

Situated in the sea facing the city of Hiroshima, the island of Ninoshima is steeped in history. During the Second World War, it served as a refuge for the Japanese.