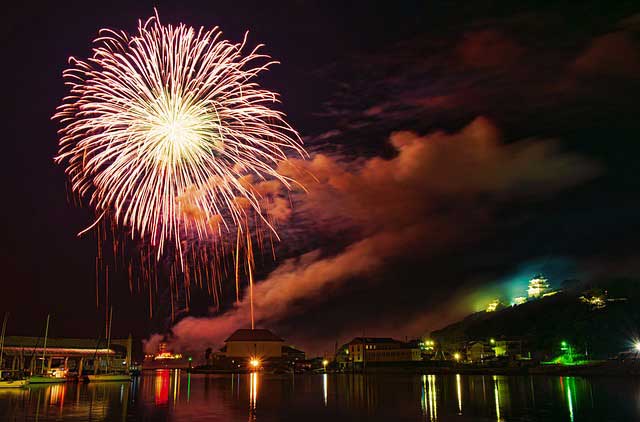 Summer fireworks festival in Hirado with the castle illuminated

Hirado Island off the north west coast of Nagasaki Prefecture is a beautiful and historic location full of interesting museums, Christian churches, white sandy beaches and an imposing castle.

Connected to the main island of Kyushu by a bridge, Hirado is easily accessable from Fukuoka, Sasebo and Nagasaki.

Portuguese ships first landed in Hirado's superb natural harbor in 1549 and St. Francis Xavier is known to have visited in 1550. In the 1580s, the Portuguese established a trading station, followed soon by the Dutch and the British. The island had been an important port for trade with Korea and China since earlier times, with the rights to foreign trade held by the local Matsuura clan.

William Adams (1564-1620) was instrumental in establishing the British trading post and he is buried on the island. The British stayed only ten years before leaving after bitter feuding with the Dutch, who were moved to Dejima in Nagasaki by the Japanese authorities in 1641. 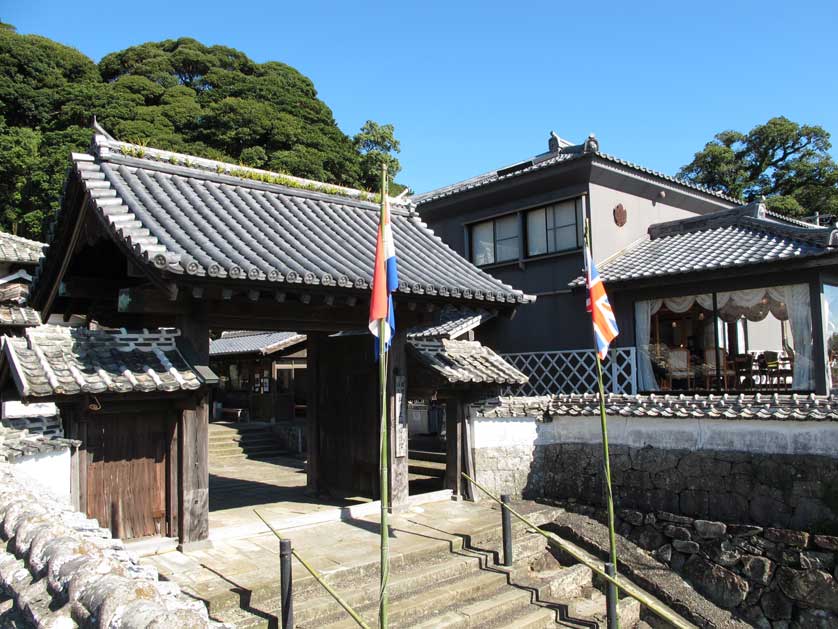 The entrance gate to the impressive Matsuura Historical Museum in Hirado, Japan 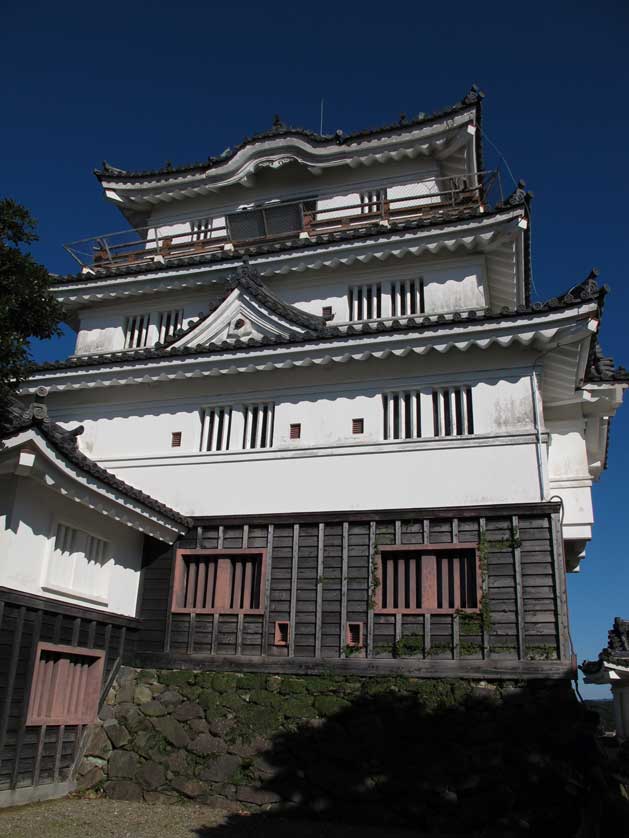 Hirado Castle was built in 1599 by Matsuura Shigenobu

Many of Hirado's main attractions are within easy walking distance of Hirado town's picturesque harbor. They include Hirado Castle, which dates from 1599 and was built by Matsuura Shigenobu, a retainer of Hideyoshi Toyotomi. The castle subsequently burnt down in 1613 and was rebuilt between 1704 and 1718. At this time it was known as Kameoka Castle.

The rebuilding of the castle was part of Japan's coastal defences to ensure the policy of sakoku or national seclusion and was partly influenced by the theories of military strategist Yamaga Soko (1622-1685).

After the Meiji Restoration of 1868 the castle keep was pulled down leaving only the stone walls, and the wooden Tamon-yagura tower and Kitakoguchi-mon gate as originals. The present Hirado Castle is a ferro-concrete structure built in 1960. The views from the top of the keep are spectacular as you look out to sea past Kurokoshima Island in Hirado Bay.

The Matsuura Historical Museum (Tel: 0950 22 2236) is located in the former residence of the Matsuura clan, who controlled the island from the 11th-19th century and displays artefacts and family treasures including suits of armor, globes, Dutch ships' figureheads and a palanquin. 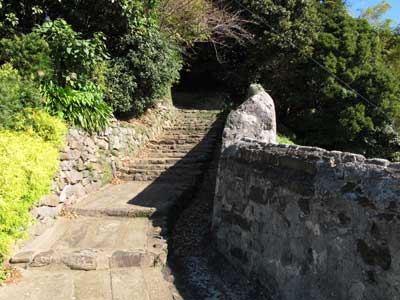 The walk to Adams' grave, Hirado 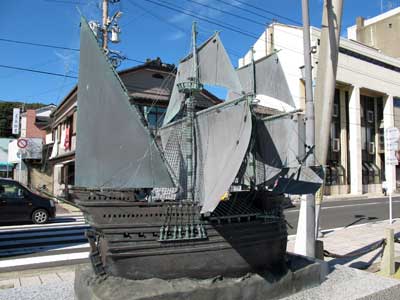 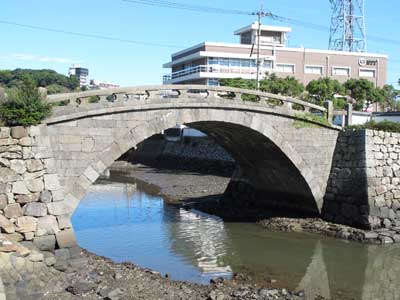 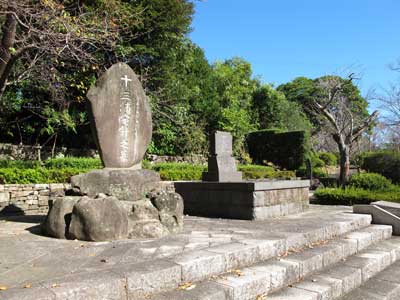 Along the harbor front is the so-called "Dutch Bridge" or Saiwaibashi, which was built in 1722 using techniques borrowed from the Dutch. A short walk from here are plaques showing the original whereabouts of the English trading station and the place where William Adams died. Adams is buried on a hill overlooking the harbor above the tranquil Sakigata Park and the nearby St. Francis Xavier Monument.

Walking passed the entrance to Sakigata Park are the remains of a Dutch stone wall and steps, a well, a wharf and the original site of the 1639 Dutch trading house, one of the first western style buildings in Japan which is being rebuilt as a tourist attraction and will open in autumn 2011. The Hirado Tourist Museum (Tel: 0950 22 2813) is also in this area and displays artefacts from Hirado's "Hidden Christians" as well as collections relating to the Matsuura clan and the military strategist Soko Yamaga.

Walking back towards the Tourist Information Office (Tel: 0950 22 2015) located in the large free car park in the center of town next to the ferry terminal is a statue (Jagatara Girl) commorating the Japanese wives and children of Dutch traders, who were expelled to Indonesia in the mid-17th century in a crackdown on Christianity.

In the hills above here are a Chinese hexagonal well, a 400-year-old cycad tree and the historic Enmeicho Street. From here it is a short walk to the St. Francis Xavier Memorial Church, which was built in 1931. A viewing spot near here gives a vista of the church and a number of Buddhist temples: Zuiunji Temple and Komyoji Temple. 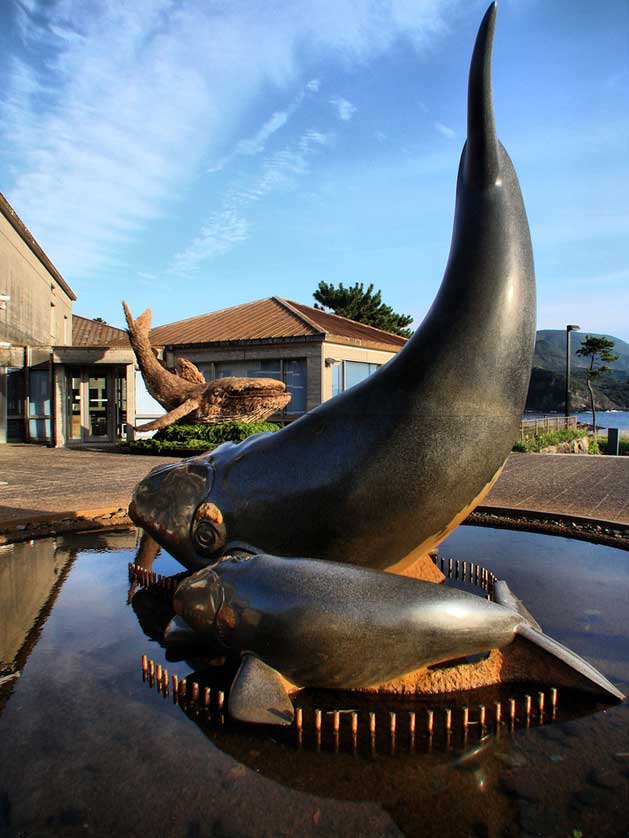 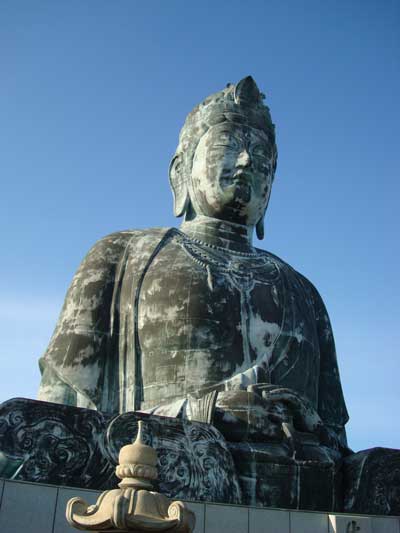 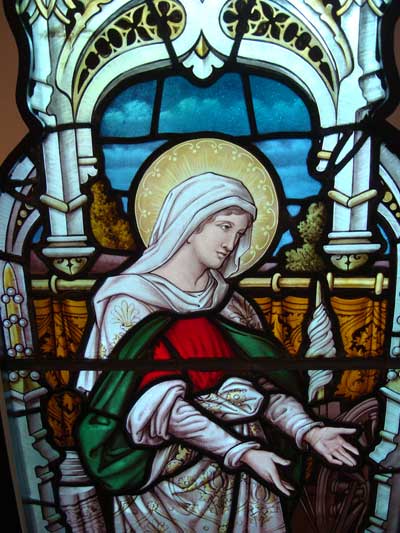 Other churches on Hirado Island include Kigatsu Church, Furue Church, Osashi Church, Houki Church, Himosashi Church, Yamano Church, Kamikouzaki Church and the beautiful Tabira Church over the bridge on the mainland. All of these churches were built after the Meiji Restoration of 1868. The ban on Christianity and the death penalty for its practice was lifted in 1873 and full freedom of religion was finally guaranteed in Japan by the Meiji Constitution of 1889.

South of Hirado town in the hamlet of Kawachi are monuments celebrating the life of Tei Seiko - a half-Japanese, half Chinese admiral, who traveled to China at the age of seven and later became governor in Taiwan. A festival dedicated to Tei Seiko takes place here in July. Also in Kawachi are the site of the Maruyama Pleasure district and the ruins of another Dutch trading house. 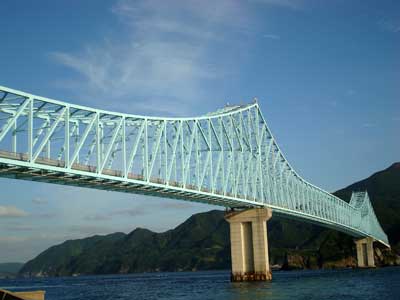 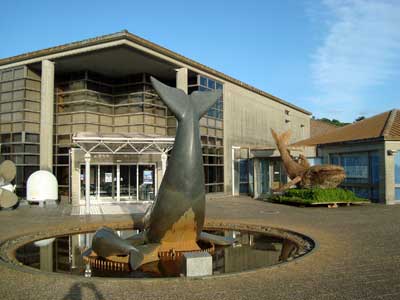 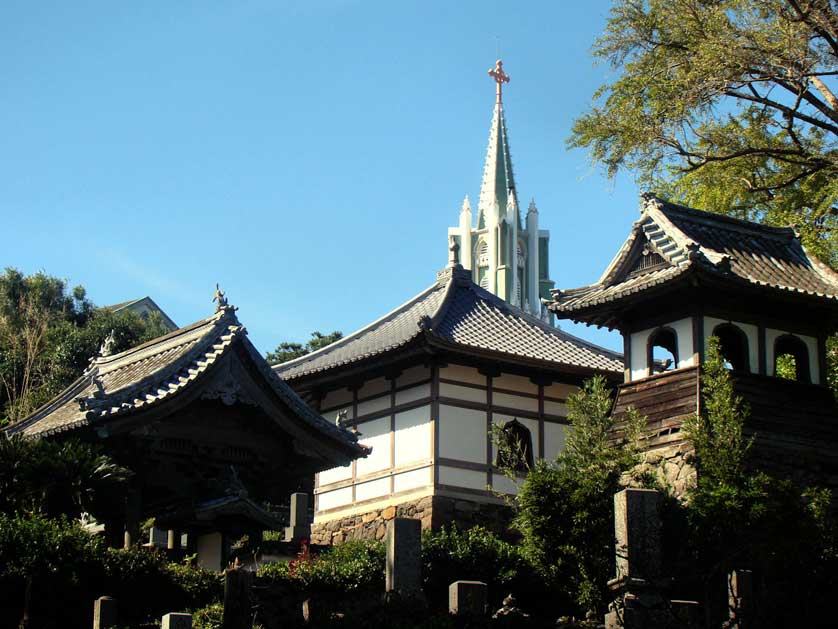 The juxtaposition of St. Francis Xavier Memorial Church and Buddhist temples is a famous sight in Hirado, Nagasaki Prefecture.

Places to Stay in Hirado - Accommodation on Hirado Island

There are a number of hotels, ryokan and minshuku on or near Hirado including the Hirado Wakikawa Hotel with hot-spring baths and ocean views, the three-star Hirado Kaijyo Hotel and the four-star, resort hotel Ranpu. 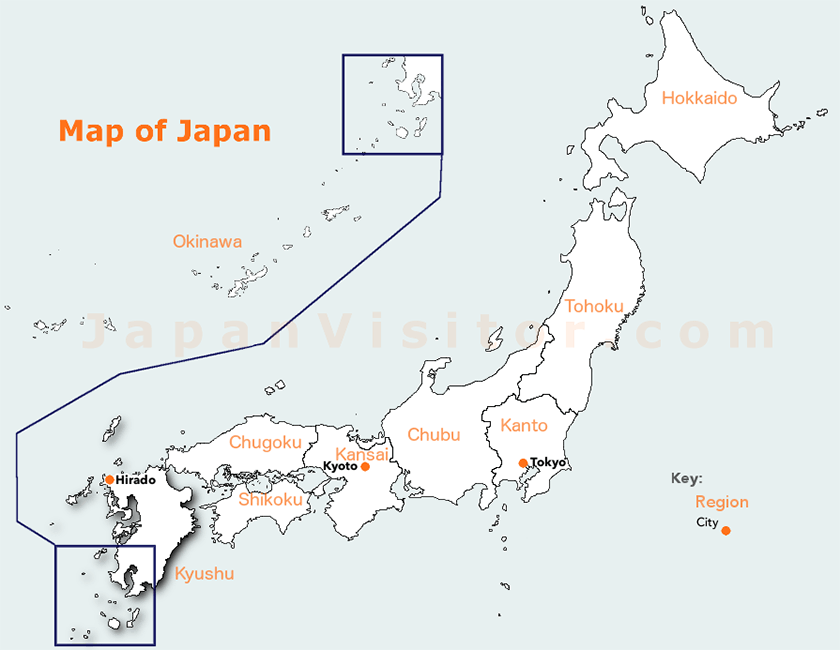 Hirado Island: read a guide to the beautiful and historic island of Hirado off the west coast of Kyushu in Nagasaki Prefecture, Japan.

From $57 per person
Discover all our activities in Nagasaki (151)