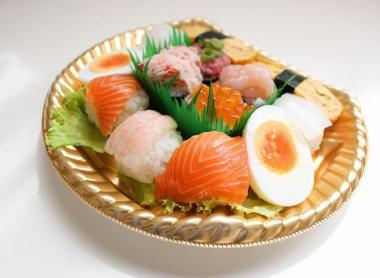 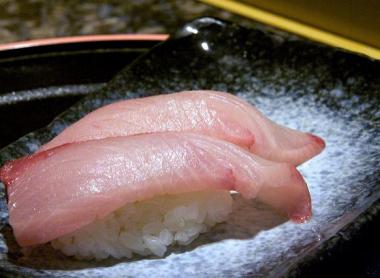 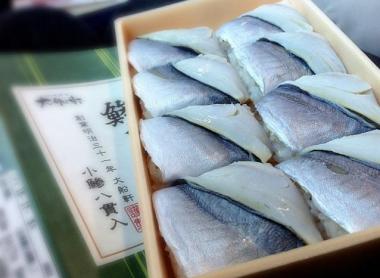 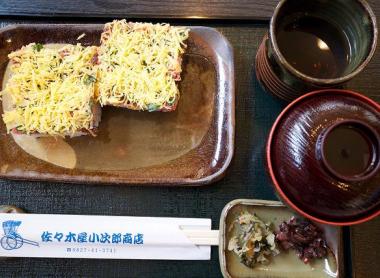 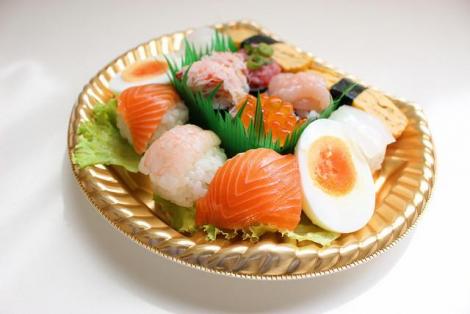 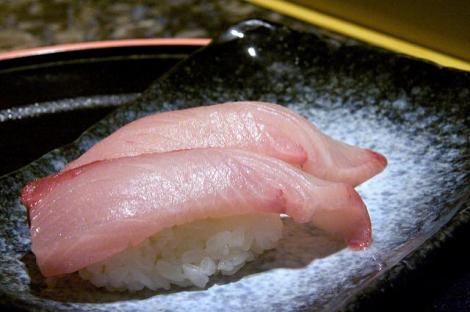 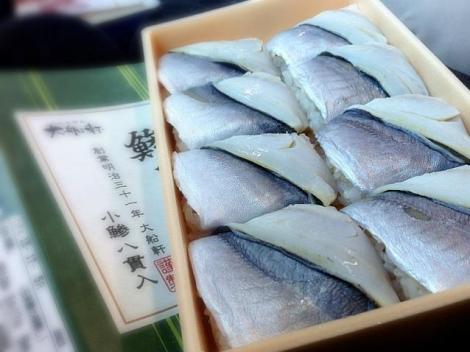 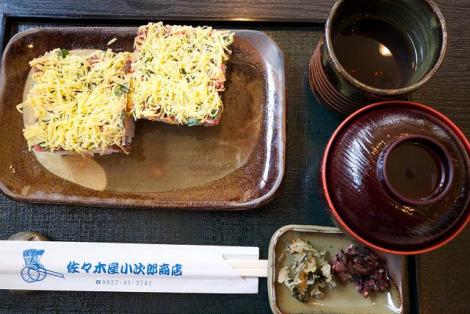 You probably already know nigiri sushi and makizushi (often just called "maki"). Some will have already tried futomaki and temakizushi too, which are variations of sushi prepared with nori seaweed. But in Japan, there's a multitude of other sushi types: fermented, pressed, served on plates or in bowls. Here's a guide to some lesser-known types of sushi!

Any sushi lover will know about nigiri sushi (or nigirizushi). That's to say, a small amount of sumeshi rice that is pressed lightly into shape with the fingers, before being topped with a slice of fish.

Temari sushi, or temarizushi, is a round version of nigirizushi. This kind of sushi is rarely found in restaurants, and is more popular with Japanese families with children - the little ones can easily shape the rice balls.

The city of Osaka saw the birth of a type of sushi in a box called hakosushi (literally, boxed sushi). Fukuoka also has its own version of sushi in a box, oshi-zushi. What makes the latter different is that there's an extra slice of fish in the middle.

A rarer type is iwakuni-zushi, from Yamaguchi. This is a recipe where the fish is mixed with thin slices of omelette and shiitake mushrooms. The rice is pressed into shape using square wooden molds, and the different layers are then separated by banana leaves.

Even more traditional, suko-zushi is made only in Saga, on Kyushu. It's prepared with local rice, called shiroishi, and garnished with raw fish and various thinly sliced vegetables.

Those who have visited Nara before will surely have noticed the kakinoha-zushi, an extremely popular local sushi recipe. Pressed sushi is prepared with sliced mackerel, and wrapped in a persimmon leaf. It's a popular omiyage (souvenir gift) amongst the Japanese.

The city of Niigata (Chubu) also has its version of wrapped sushi, sasa-zushi (also known as masu-zushi). Vinegared rice is accompanied by plants or river fish, and the sushi is wrapped in "sasa" bamboo leaves, hence its name.

Mehari-zushi is a kind of sushi wrapped in mustard greens. This type of sushi is very popular for long trips, and is also slightly fermented.

Finally, inari-zushi, named after the fox god Inari, is a sushi wrapped in aburaage (fried and slightly sweet sheets of tofu). It does not contain fish. Inari-zushi derives its name from the belief that this Shinto god particularly enjoys tofu. 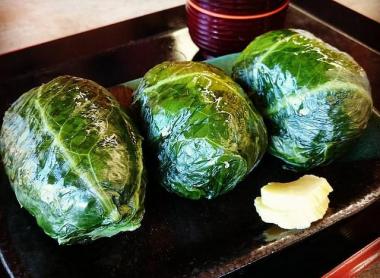 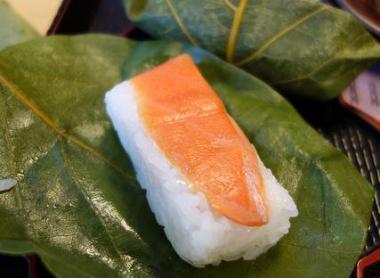 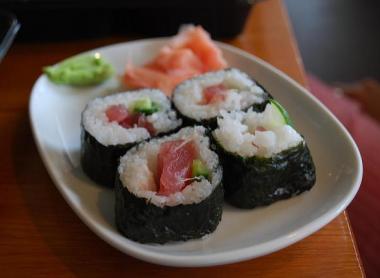 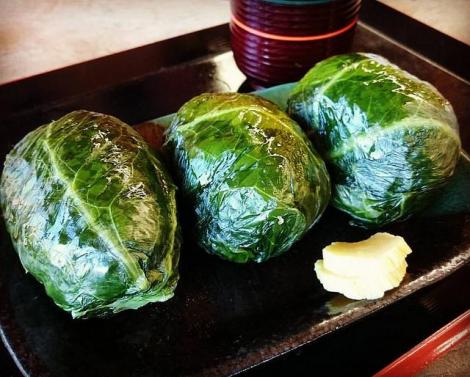 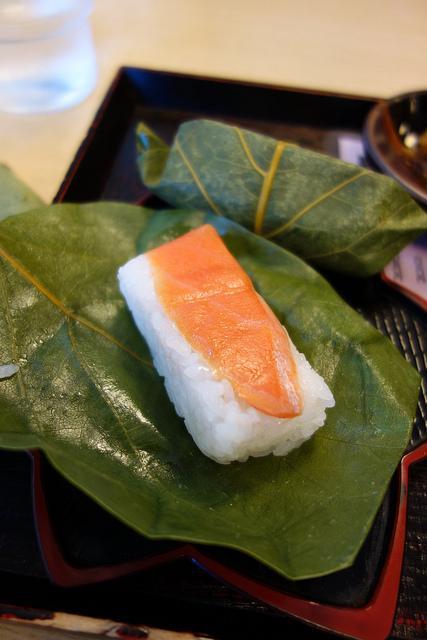 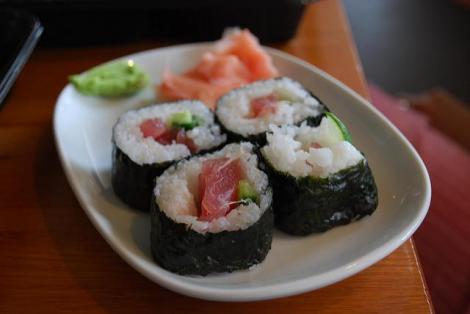 This is the most popular type of sushi in the West. Japanese restaurants around the world have made their success and it has almost become useless to present them.

The small roll of rice garnished with vegetables and/or raw fish is called maki-zushi. It's bigger and more filled version is called futomaki. Then there's temaki sushi, in the shape of a cone.

Another type of sushi where nori is essential is the gunkan-maki. You might not recognise the name, but it is often made outside Japan, most commonly using salmon eggs on rice, wrapped around the side with seaweed.

It's thought that the "original" sushi was a fermented sushi called nare-zushi. This is a dish where rice is used to preserve fish. Back then, the Japanese removed the rice that surrounded the fish and only ate the fish, but some think it's the ancestor of the sushi we know today! This method of preparation has all but disappeared.

In Shiga in Kansai, there's an unusual kind of sushi called funa-sushi. In this recipe, the fish is cleaned and then filled with salted cooked rice, then left to ferment for several weeks - up to a month. This is also a very old version of sushi. It's reminiscent of Boze no sugata-zushi from Tokushima (Shikoku), which can almost be considered the unfermented version of funa-sushi .

The region of Ishikawa in Chubu has a slightly more fermented sushi version: kabura-zushi. The fish is salted, filleted and mixed with white turnip. Everything is fermented in koji rice jars, the rice culture used in sake. 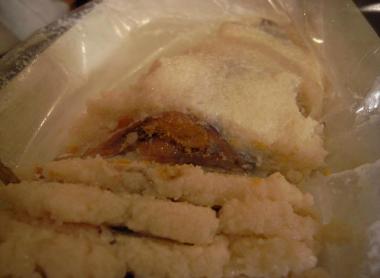 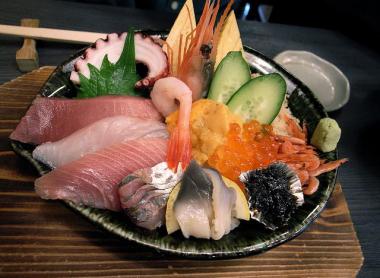 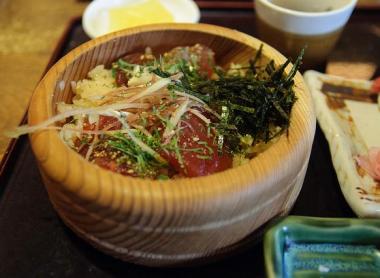 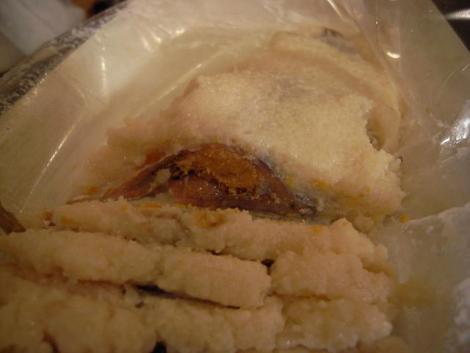 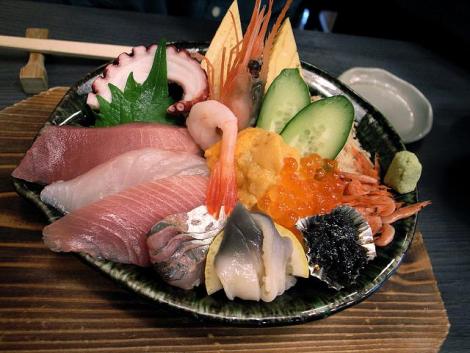 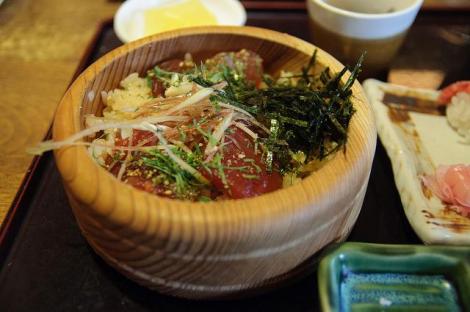 Sushi on a plate

Chirashi-zushi is probably the best known in this category: usually it's slices of raw fish and vegetables (and sometimes kinshi tamago) arranged over a dish of rice. Recipes vary according to personal preference.

Tekone-zushi is a version of chirashi from Mie (Kansai region). The fish chosen to garnish the rice is specifically red-fleshed, such as bluefin tuna. The tuna fishermen of the region would have invented this dish so they were able to eat without interrupting their work.

In Okayama, the best-known dish is bara-zushi, a more elaborate version of chirashi. Slices of fresh seafood and seasonal vegetables are carefully arranged on a large tray of vinegared rice and enjoyed at parties and banquets.