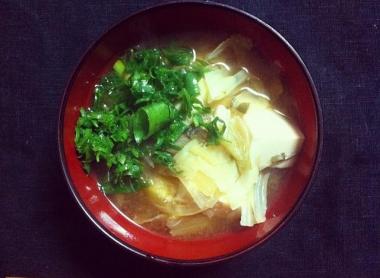 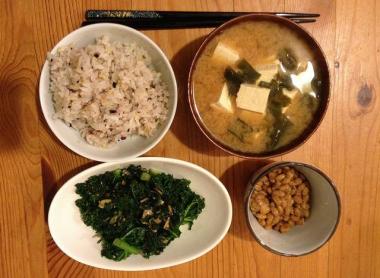 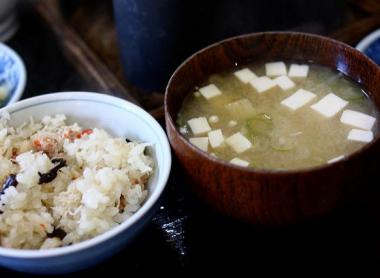 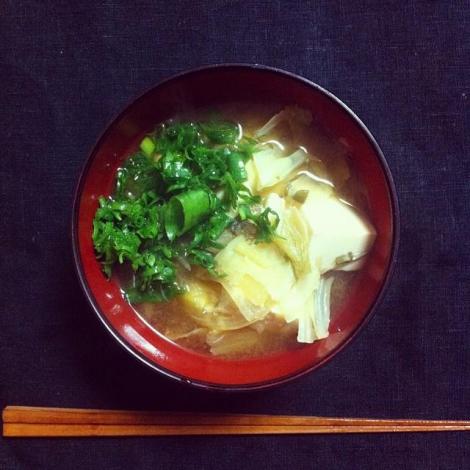 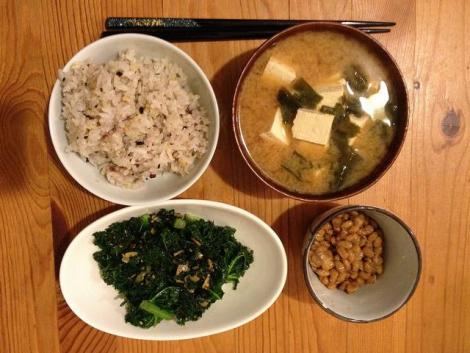 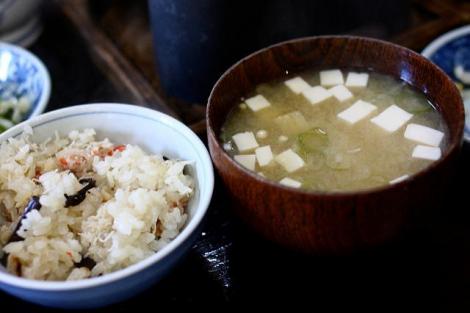 This soup is a central element of Japanese cuisine: having a meal without miso soup is almost unthinkable in Japan.

The ingredients of miso soup

Miso soup is traditionally made with miso paste and dashi broth (dried bonito or kombu seaweed), but it's also typically enhanced with other ingredients - such as wakame seaweed and cubes of tofu - which vary according to the recipe. Some recipes add mushroom, green onion, clams, or something else particular to the region.

The main ingredient of this soup, the one that gives it its characteristic taste and name, is of course the miso. It's a paste made from barley or rice, soybeans and salt, fermented with the help of an agent called koji. There are several types of miso: from red, the most fermented, to white, the lightest - which is fermented for a shorter time. Red miso is usually used in miso soup, offering a stronger taste. However, people sometimes prefer white miso in summer, because it has a mild and slightly sweet taste, pleasant with lighter summer foods.

Because it's an essential part of the traditional Japanese meal, a visitor to Japan can hardly avoid this soup - but conversely, it's difficult to order a miso soup alone in a restaurant, since it accompanies the majority of Japanese meals (sometimes it's not even on the menu, but is automatically included with a dish).

It's easy to prepare the soup at home from an instant packet mix, but the taste will obviously not be as good as a true homemade recipe! The dashi broth should normally be prepared 24 hours in advance, but it is possible to use dehydrated dashi to save time. Once the dashi is ready, the miso paste is added to it: it's thick and doesn't dilute easily, and it can be tricky to achieve a homogeneous mixture.

The virtues of miso soup

First, miso soup is the perfect example of umami, the fifth flavor first discovered by a Japanese professor, which is synonymous with "savory" or "tasty" (it's difficult to translate exactly). The dashi broth is a perfect ingredient on it's own, but it can be enhanced by the taste of mushrooms for example, which also contains umami agents.

But beyond taste, the various ingredients of the miso soup are generally very healthy: tofu is a source of vegetable protein (it is also a central element in the diets of Buddhist monks) and wakame seaweed is good for the immune system. So, drink up!