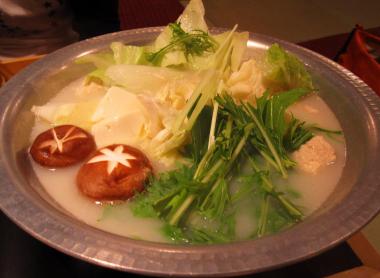 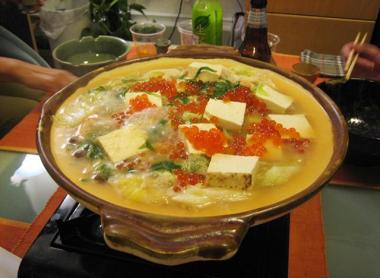 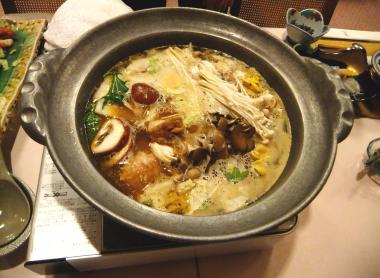 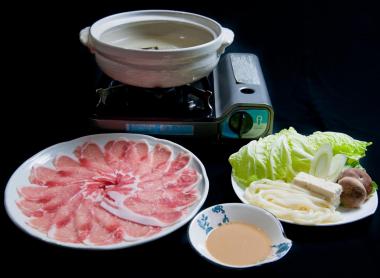 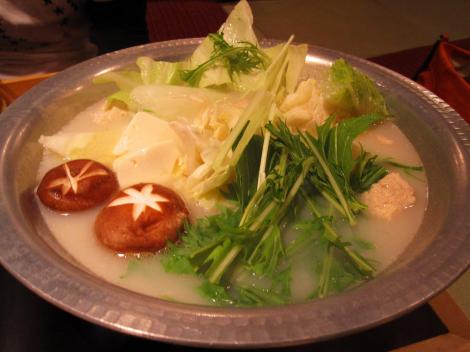 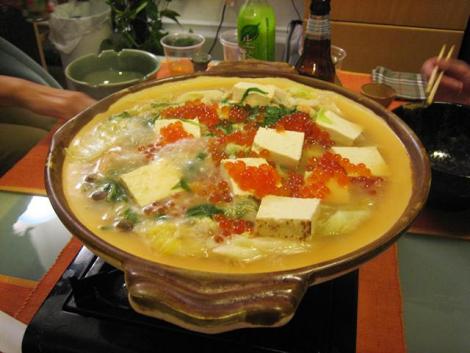 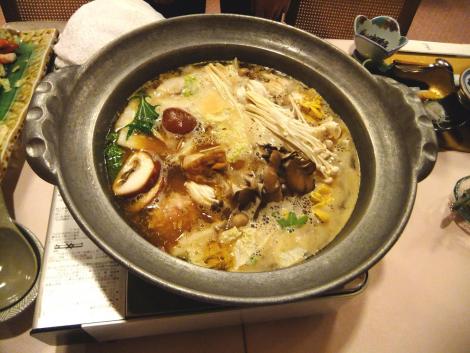 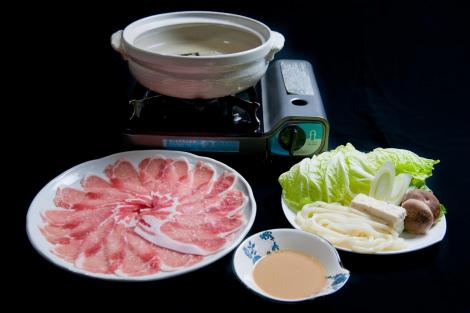 The concept of nabemono contradicts the frugal image stew sometimes has: this hearty Japanese hotpot is cooked and served on the table in a large pot that everyone shares.

Nabemono are rather special since they are in fact very simple dishes, cooked in pots or pans. There are two types of nabe, those cooked in a light stock and eaten with a dipping sauce, and those cooked in a richer, more strongly-flavoured sauce.

Nabemono are considered particularly robust and invigorating dishes: It's a winter dish that the Japanese eat at home with family or friends. Preparing a nabe is almost ceremonial: the family nominates a nabe bugyo, or "nabe master", who takes charge and decides the order in which the ingredients are cooked.

Near the end of the meal, rice can be added to make zosui, a kind of Japanese rice soup. Sometimes noodles are added instead of rice.

A very versatile dish, nabe can be made of just about anything, but there are still some basic recipes:

Probably the most popular and well-known nabe is shabu shabu (しゃぶしゃぶ), a kind of lower-fat fondue, since instead of cheese, it's a bubbling dashi-based broth that various vegetables and thinly sliced beef or pork are dipped in, making a "shabu-shabu" sound as they are swirled in the broth to cook. The well-cooked ingredients are then dipped in various sauces such as ponzu sauce (vinegar-citrus) or gomadare, sesame sauce.

Sukiyaki (すき焼き) is a richer version of shabu shabu, the broth is made from dashi, soy sauce and sugar, and the food is dipped in beaten egg before eating.