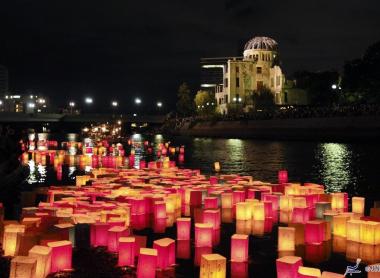 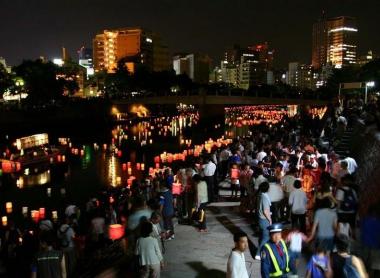 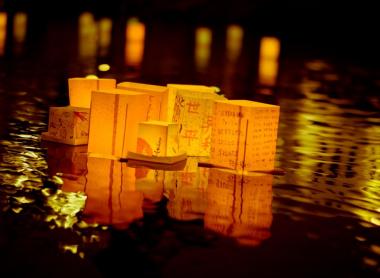 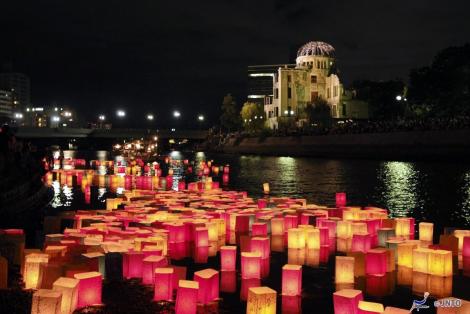 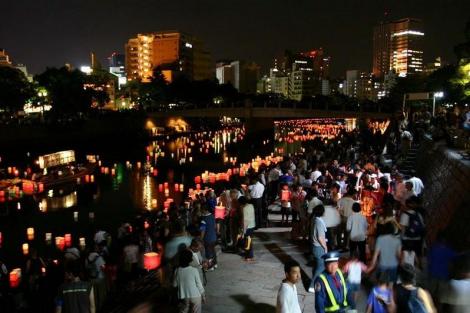 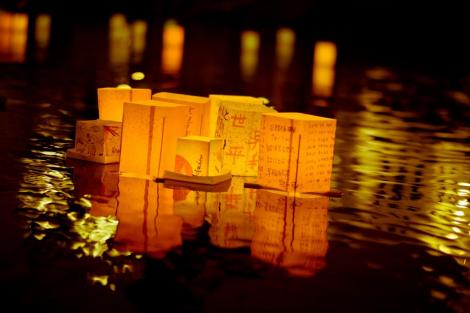 August 6th, 1945 ... This date rings in the ears of an entire country, like a heartbreaking cry. A trauma that requires a special time each year, to remember, to let out and to share their sadness. On August 6th, Japan's thoughts turn to Hiroshima.

After the speech for universal peace made by the mayor of the city, the bell rings in front of the cenotaph of the Peace Memorial Park at 8:15 a.m. It was at this precise time that the city turned to dust and ashes, with the first atomic bomb in the history of mankind. For one minute, the 50 000 people who have come to pay their respects, pray in silence for the departed souls to rest in peace. Several representatives of the victims of the disaster or their families speak to honor the hibakusha, a term created to describe any individual who has suffered the adverse effects of the atomic bomb directly or indirectly.

Later, hundreds of voices can be heard from the choir dressed in white shirts and black pants, as they sing a hymn for peace and the respect of human rights.

Every year this ceremony reminds humanity of the horrors that were suffered by hundreds of thousands of people in Hiroshima. This is also an opportunity to renew the national request for countries with nuclear weapons to dismantle their arsenal.

Once night falls, lanterns are placed on the Motoyasugawa River in honor of those who, burning with fire and thirst, threw themselves into the river, thinking that the water would save their lives. The heinous thus becomes transfiguration, whilst the lights dance on the water before an audience that turns to the future.

$119 per person
Discover all our activities in Hiroshima (151)

Tanabata at the Shukkei-en Garden

From 1st to 7th of July, the city of Hiroshima celebrates the feast of the stars, Tanabata.

The Flower Festival of Hiroshima attracts tens of thousands of people, and it is continuing to grow.