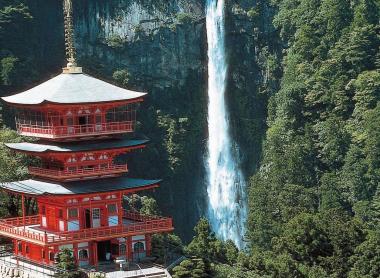 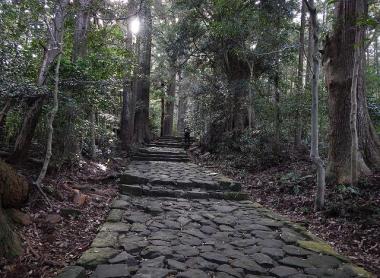 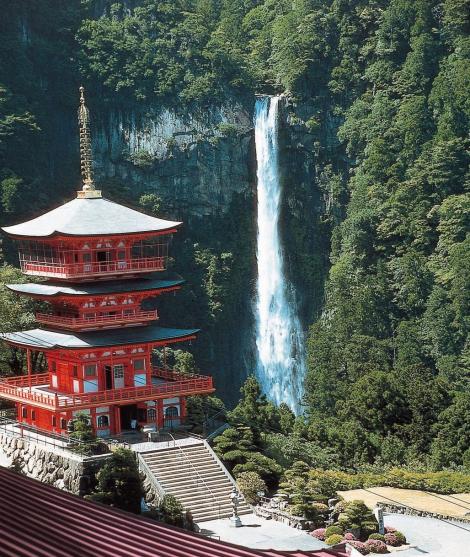 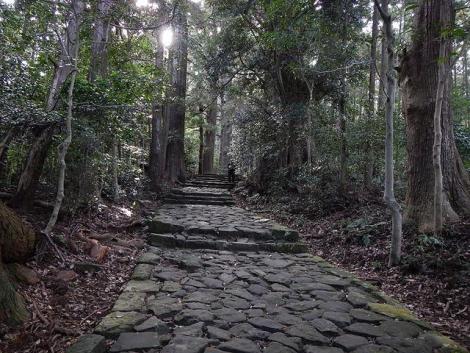 A cascade of temples

The paved route from Daimonzaka winds through a cedar forest before reaching Nachi, culminating in an encounter between Buddhism, Shintoism, and nature.

It's a whole complex of temples and shrines that is perched on the heights of Nachi, on the southeast flank of the massif that occupies the Kii Peninsula. It used to be the domain of yamabushi, ascetics of the mountains, famous in the region, and of pilgrims, who are still numerous.

What they come to see here is typical of Kumano: a syncretic place of worship, mixing Buddhism, Shintoism, and worship of nature.

The Seigantoji Buddhist Temple is reputed to be the oldest structure in Kumano and said to have been founded in the fourth century (the dawn of Japanese Buddhism) by a monk who had returned from India.

Nearby, the Nachi Taisha Shrine is one of three sacred sites of local Shintoism. Several of its pavilions are reserved for a small circle of priests, but tourists and pilgrims can access the sumptuous pagoda overlooking the entire complex and offering a breathtaking view of the cedar forest, the ocean, and an impressive waterfall .

Nachi no taki ("Nachi Waterfall") is probably the oldest place of worship on the site; of an imposing, violent nature and inhabited by spirits. It's no coincidence that the Nachi temples and shrines were built at the foot of this 133m high waterfall, which is one of the highest in Japan.

Our tours in Kumano

Since the 8th century, the Hananoiwaya-jinja in Kumano has been recognized as a high place of Japanese cosmogony given the tombs it houses; that of Izanami, the co-creating deity of the world and o

Nachi Taisha Grand Shrine in Nachi is one of the three Kumano Sanzan shrines and sits in beautiful scenery near Nachi Falls, Japan's highest waterfall.