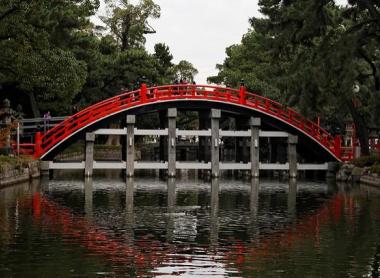 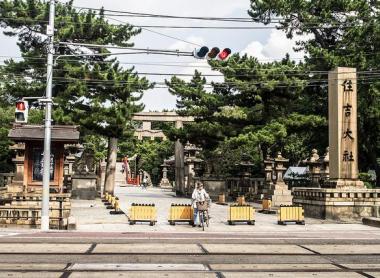 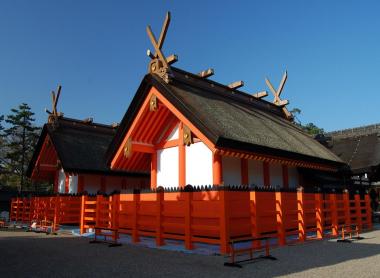 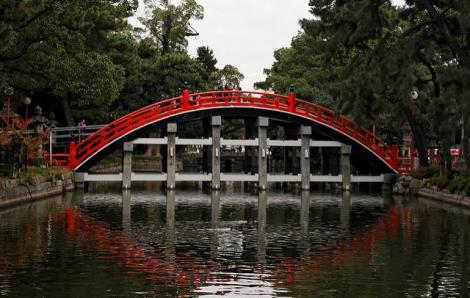 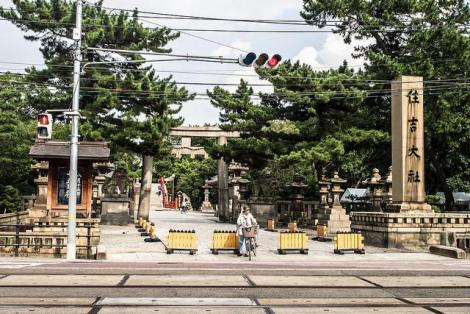 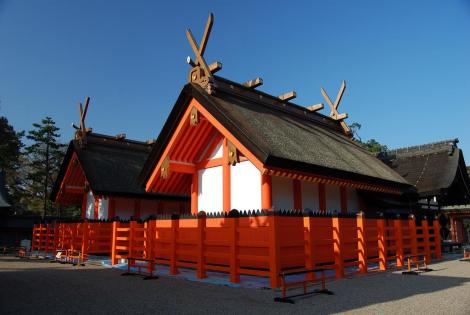 Passing the stone torii of Shumiyoshi Taisha there is nothing surprising. A religious precinct, vermilion in the background, a bridge ... In short, Shinto Japan. However, the four buildings arranged in a "L" were built in the third century, long before Buddhism made its way to Japan and influenced the the overall architectural style of the archipelago, including its Shinto temples, the unique religion rooted in the country. Thus, the Sumiyoshi-zukuri style, of which the imposing religious buildings have thatched roofs and a block structure without ostentatious decorations, has been conserved and developed. The standard bearer, Sumiyoshi Taisha is the most famous example.

The sea as a good omen

The entire Sumiyoshi Taisha, dating from the third century and rebuilt from the nineteenth century, classified "National Treasure" is dedicated to the four kami gods, of the sea, sea voyage, agriculture, diplomacy and waka poetry. The Empress Jingu (169-269), known for her conquest of Korea, is also worshiped. In the past, sea merchants would stop in Osaka to pray to Sumiyoshi Taisha, before returning to their ships.

In addition to Honden, the main building, the site includes a collection of seven hundred stone lanterns - life-savings lights in the sea mist? - And a charming arched bridge in the park, the Taiko-bashi. Osaka conceals rare gems. And an ordinary visit can become ... a discovery filled with precious details.

Around Osaka is the Nakayama-dera Temple of Kannon, the Buddhist figure of compassion and pillar of the Buddhist religion loved by all.

The Ohatsu Tenjin, also called Tsuyunoten, stands as one of the most popular shrines of Osaka . A place with a symbolic past linked to a dramatic love story.