Seimei Shrine is a small shrine located near the south east corner of Imadegawa and Horikawa in Kamigyo-ku in Kyoto.

Seimei Jinja is dedicated to the Heian Period court astrologer, cosmologist and astronomer Abe no Seimei.

Fortune tellers were considered almost like magicians at the time and were known in Japanese as onmyo-ji. They were followers of onmyodo - the Way of Yin and Yang. 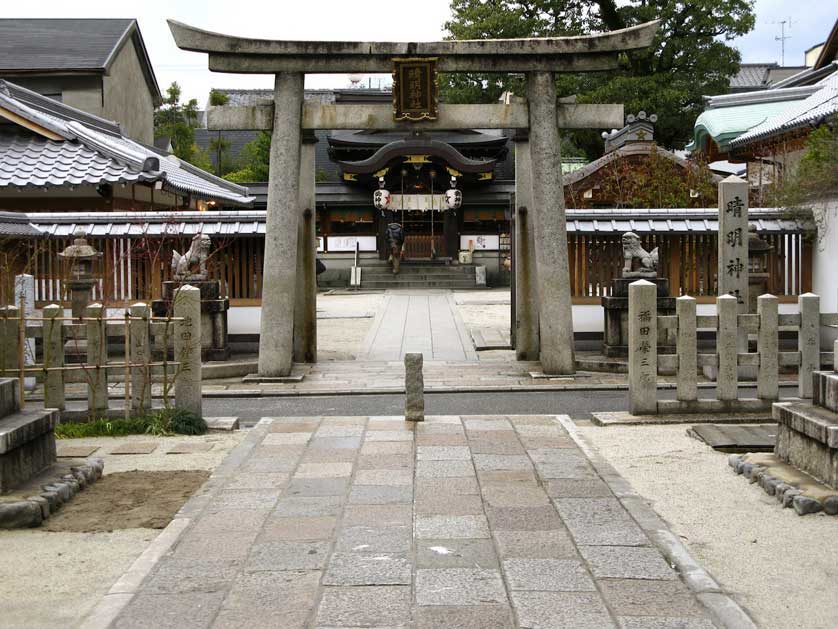 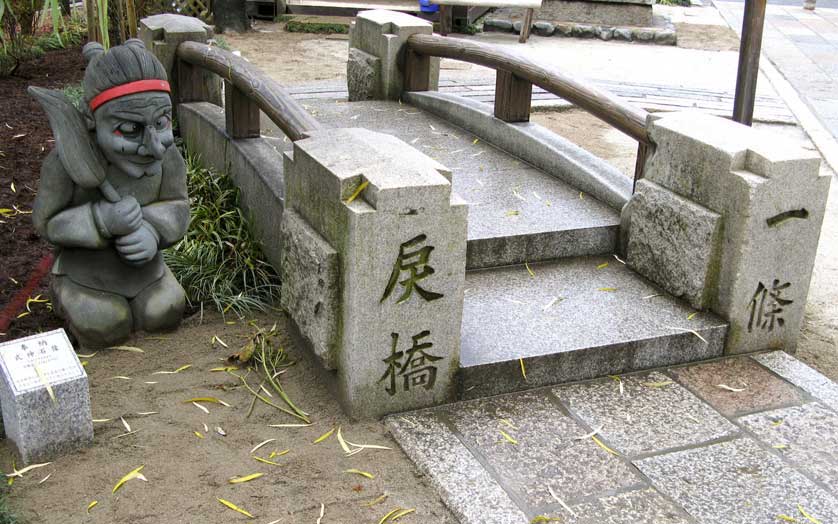 Abe no Seimei served the emperor and the Fujiwara family as diviner, adviser and astrologer in the early part of the Heian Period (794-1185). In addition to telling fortunes, he also held special prayers and was known as a talented astronomer.

For his time Abe no Seimei lived a long life, well in to his 80's, and was free of illness. This helped to build up his mystique and standing at court.

He lived near Ichijo-modori Bridge (modori means "to return" in Japanese). It was a famous place that was also known as 'the devil's gate' as it was located at the north east corner of the original Imperial Palace compound. The Japanese followed the Chinese in believing that danger and evil always arrived from the north east.

The Emperor requested Seimei live in this area to protect the court from malign influences.

Abe no Seimei became a great favorite of the Imperial court and on his death the shrine was built in his memory by Emperor Ichijo in 1007. 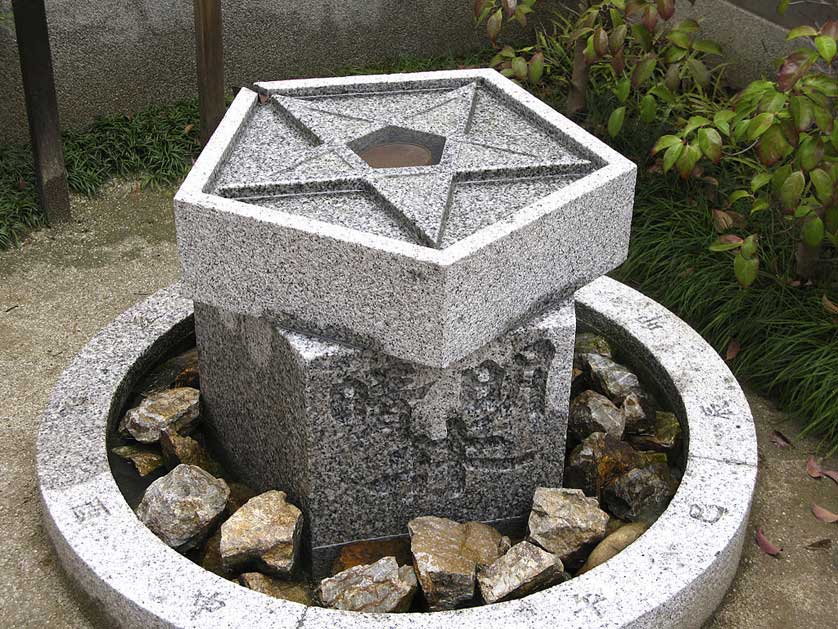 Well in the shape of a pentagram at Seimei Jinja; the pentacle symbolizes the Five Chinese Elements: wood, fire, earth, metal and water

The shrine was constructed two years after Seimei's death on the site of his former residence.

Part of the thinking was, no doubt, that the astrologer and quasi-magician could carry on protecting the imperial family even beyond his own death.

The shrine has many examples of the pentagram. The motif symbolizes the Five Chinese Elements: wood, fire, earth, metal and water. 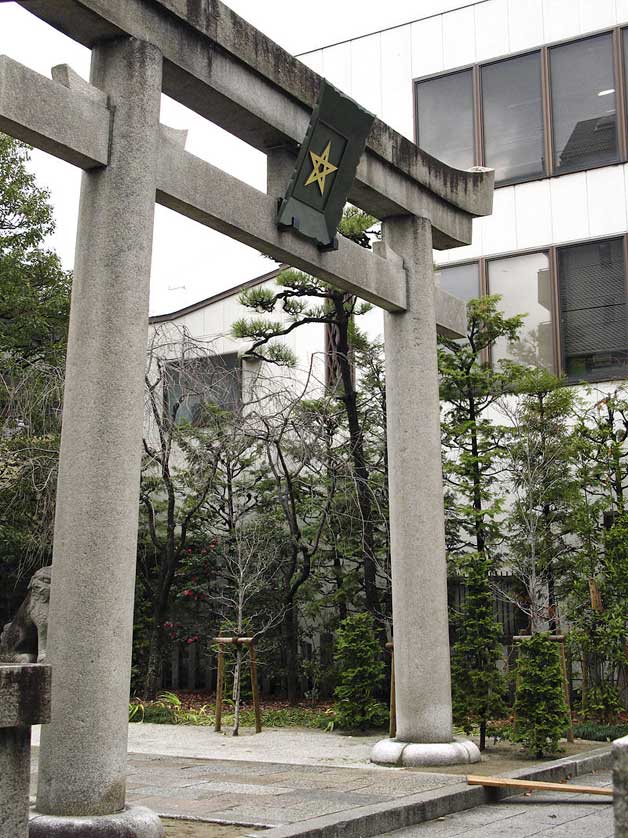 The water drawn from the well (pictured above) has special qualities some believe. The tea ceremony master Sen no Rikyu (1522-1591) used the water in his tea ceremonies.

The shrine buildings we see today date from the 1920's.

It is thought the Abeno district of Osaka may be named after the great man. His legacy lives on in Japanese culture in various novels, movies, TV dramas, manga and anime. As a result, the shrine draws a steady stream of visitors. Seimei has recently attained something of the aura of a Japanese Harry Potter wizard or a Heian Period Merlin. 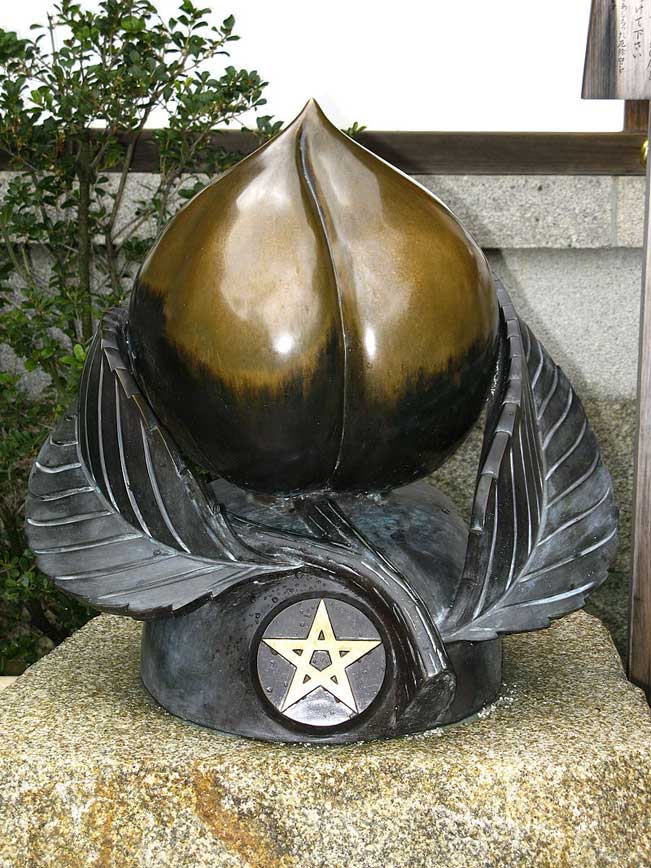 Rub the magical peach to cure your woes 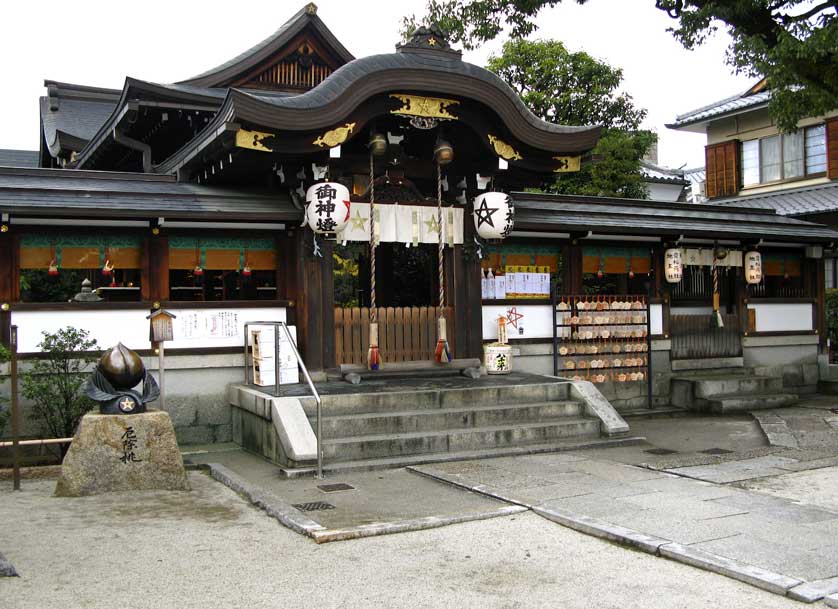 Seimei Shrine is south of Imadegawa Dori, just east of Horikawa. Kyoto city buses #59, #102, #201 and #203 pass along Imadegawa. Get off at Imadegawa/Horikawa and walk south on Horikawa. Bus #9 passes close to shrine. Get off at Ichijo-modoribashi.

Alternatively walk a short distance west from Imadegawa Station on the Kyoto subway near Doshisha University.

There is also a Seimei Shrine in Nagoya where the great man supposedly spent some time. He is credited with clearing venomous snakes from a local hill (Seimeiyama) and the shrine was established in his honor. It is located a little south and east of Nagoya Dome. The shrine has the distinctive pentagram motif on its lanterns, noren and ema as well. Read more on this shrine. 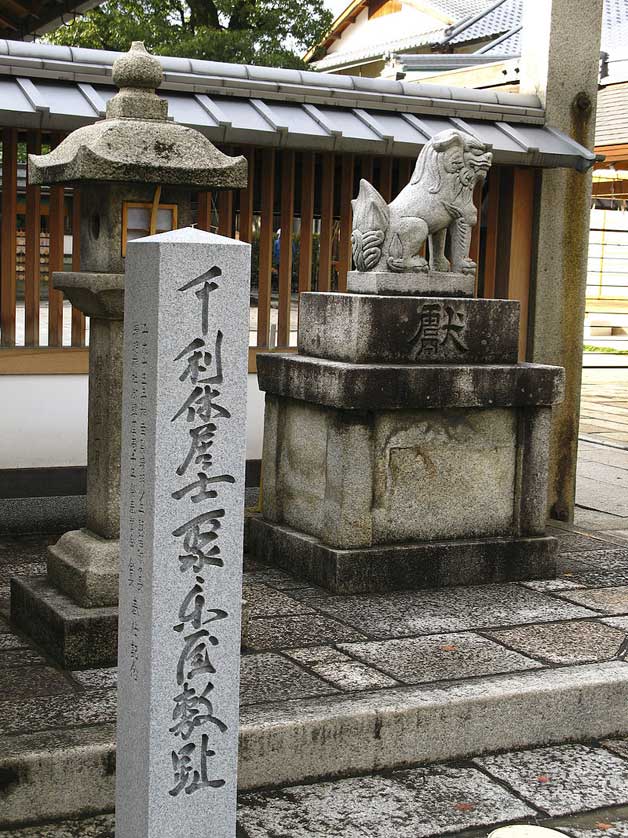 A stone marker commemorates the tea master Sen no Rikyu

The shrine is close to Shiramine Shrine, the "Sports Shrine,", the Raku Museum and Nishijin Textile Center. If you wish to stay in this fascinating area of Kyoto there are a number of options. The Kyoto Brighton Hotel is close by along with the ryokan Yadoya Nishijinso, the historic Ryokan Mugen and the three star The Share Hotels Rakuro Kyoto.

Seimei Shrine (晴明神社) in Kyoto is dedicated to Abe no Seimei, a Heian Period astrology and diviner who was a favorite of the Imperial Court.