Sesshuji (Funda-in Temple) is a small sub-temple of its much larger neighbor Tofukuji in south east Kyoto.

Sesshuji is famous for two exquisite gardens, one said to have been created by the ink-painter and garden designer Sesshu (1420-1506). 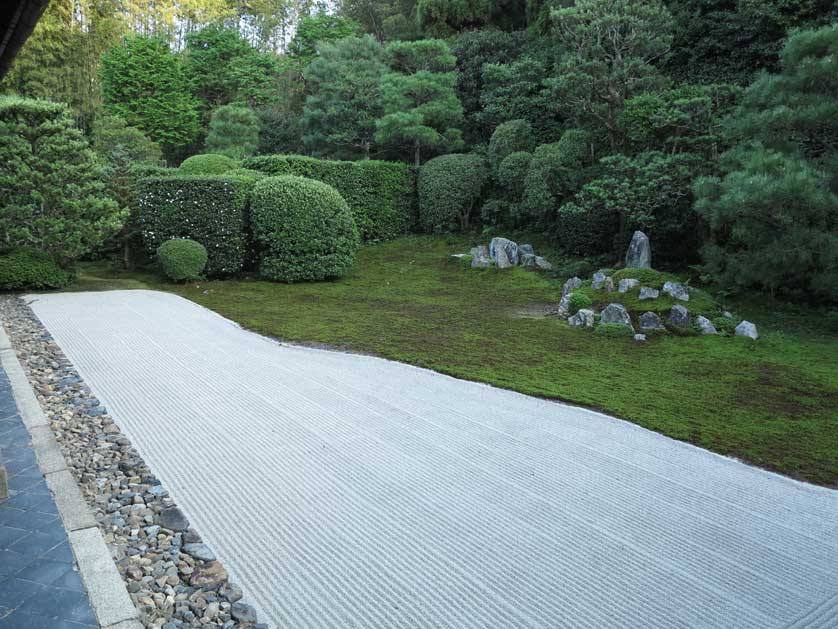 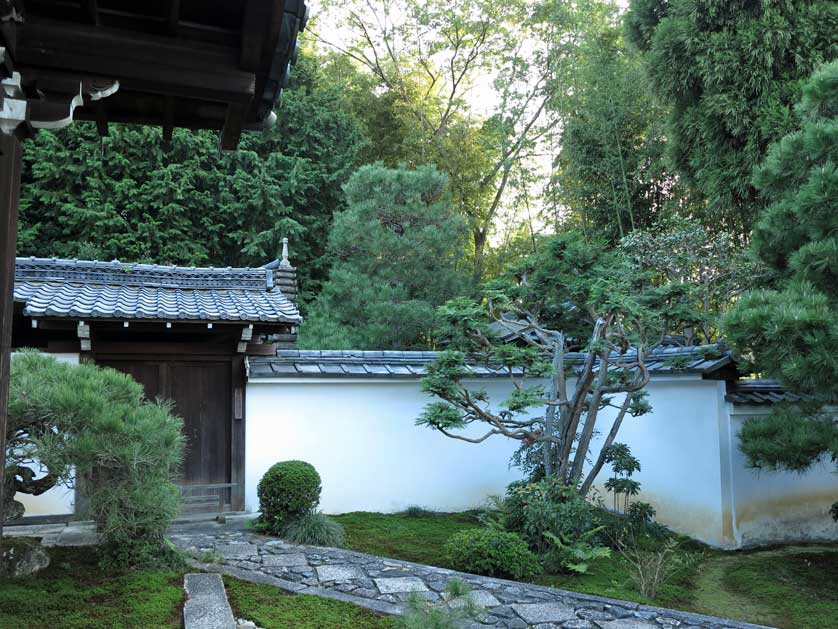 Funda-in was founded in the 14th century (1321) by Ichijo Tsunemichi during the Muromachi Period of Japanese history and was the family temple of the Ichijo clan.

The southern garden at Funda-in were laid out by Sesshu in the mid-15th century and is called the "Garden of a Crane & a Turtle" and alludes to legends in Chinese mythology including that of Mt. Horai - a mountain on one of the four islands of the immortals. The garden is one of the oldest dry landscape gardens in Kyoto. "Tsurujima" represents a paper crane and the two level "Kamejima" a turtle.

The eastern garden is by the modern Japanese garden designer Shigemori Mirei (1896–1975), who has designed a number of gardens in Kyoto including the Hasso Garden in Tofukuji, and gardens at Matsuno-taisha and Zuiho-in, a sub-temple of Daitokuji.

The gardens can be viewed from a wooden veranda (engawa) that runs alongside the main building leading to a beautiful four and a half tatami mat tearoom (chashitsu) with a circular window and another, smaller two-mat room.

If the temple is uncrowded, which it often is midweek, enjoy a few moments of quiet repose in the beautiful space of the larger Zen tearoom (Tonantei).

Funda-in had the misfortune to be burnt down twice in its history, the present buildings date from 1899 and were funded by the Dowager Empress Shoken.

Judith Clancy's book Exploring Kyoto: On Foot in the Ancient Capital is an excellent guide to this area of Kyoto including Tofukuji and Sennyuji Temple. Zen Gardens and Temples of Kyoto by John Dougill with photographs by John Einarsen covers this beautiful garden temple. 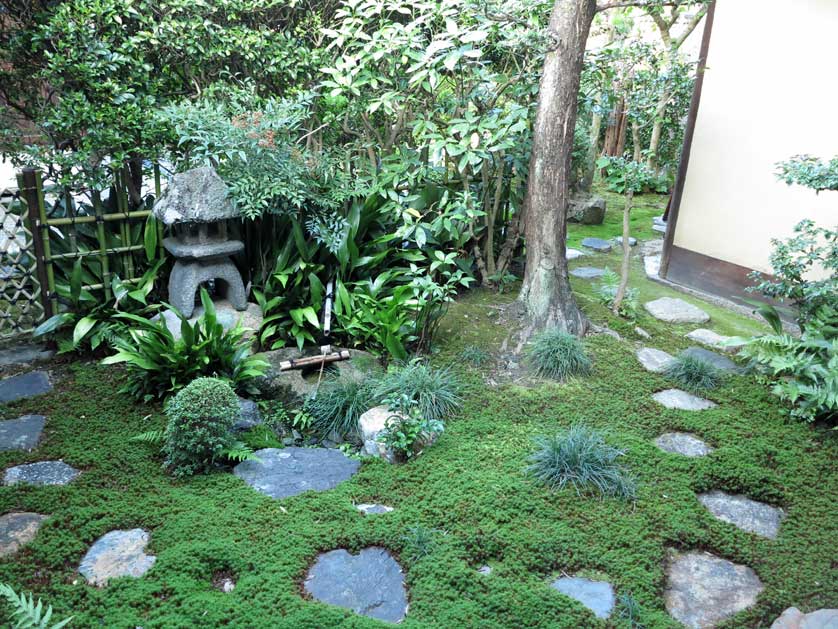 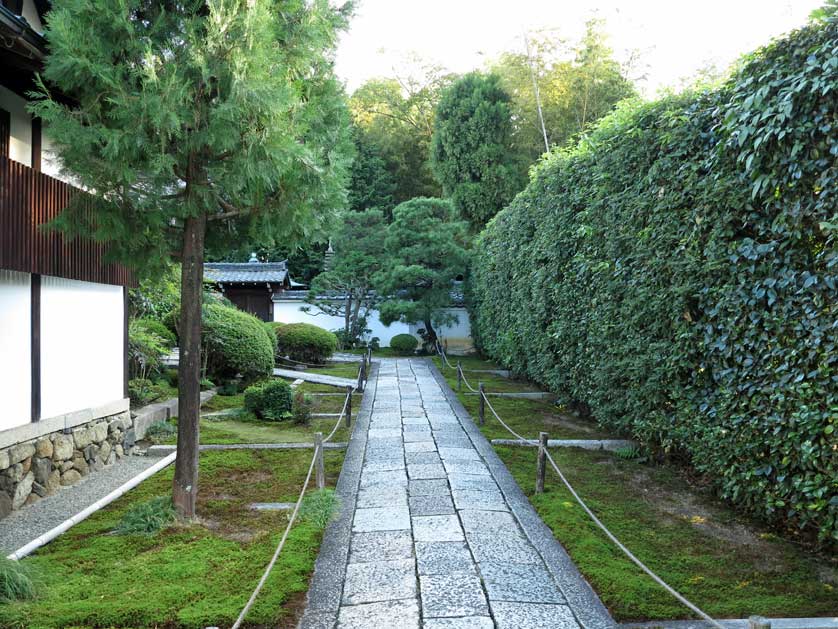 Sesshuji is a two minute walk from the main courtyard of Tofukuji. 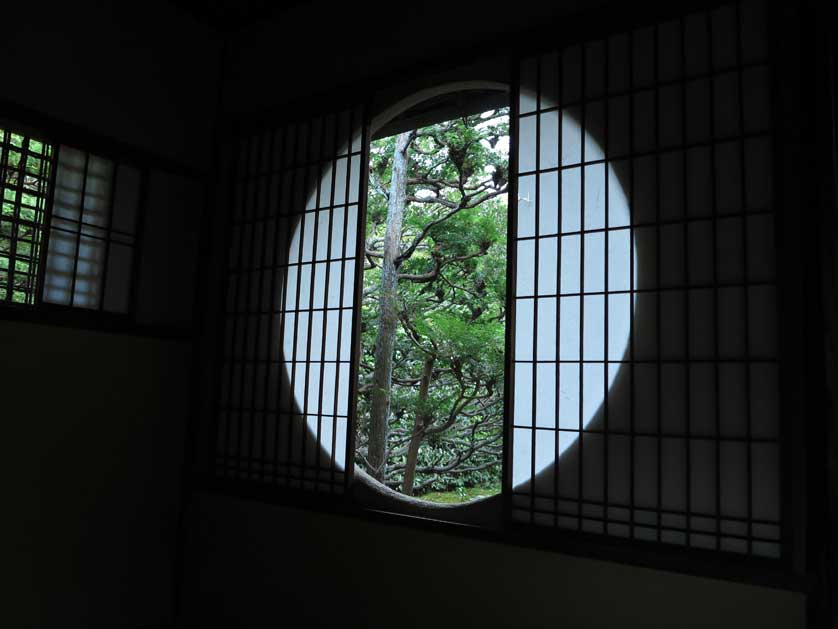 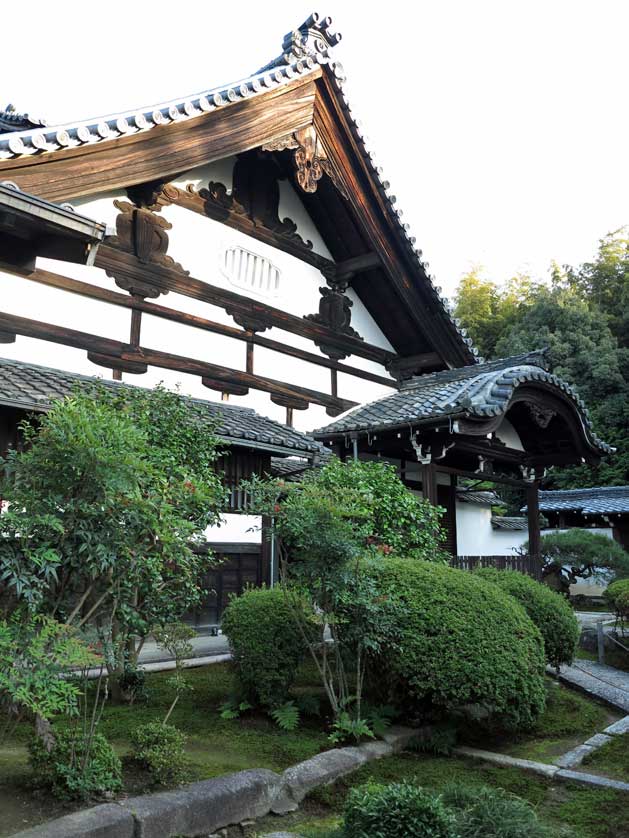 Funda-in (Sesshuji) guide: Funda-in is a small, Rinzai Zen sub-temple of Tofukuji and is known for its lovely garden laid out by the artist Sesshu.